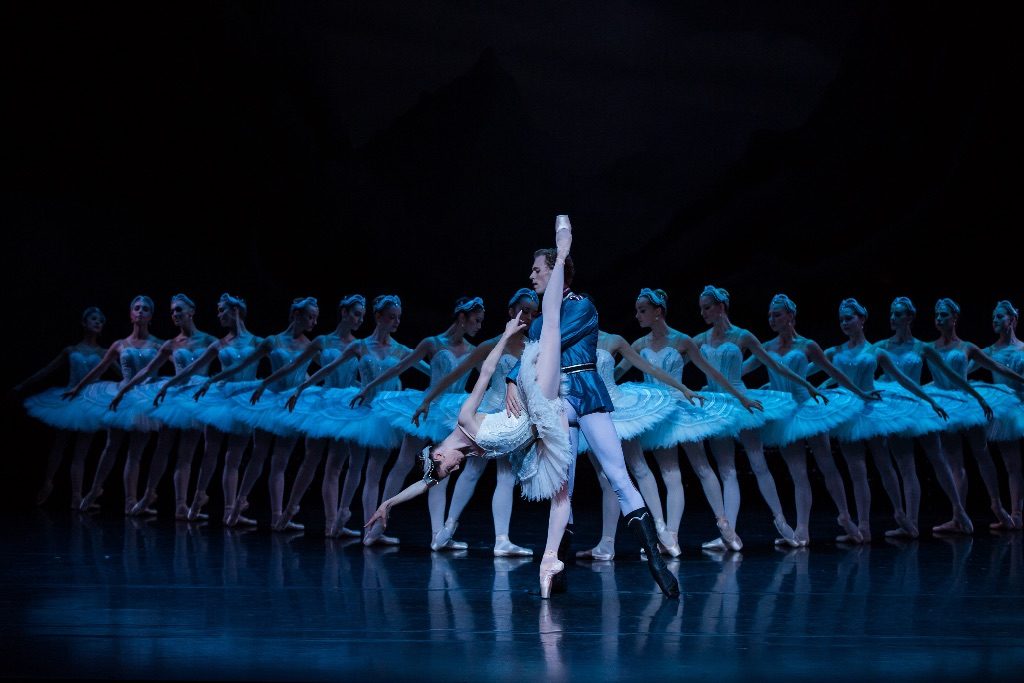 If beauty could be distilled and encapsulated in one image, it would surely be the vision in white of the corps de ballet in symmetrical formation at any moment of Act II in a traditional staging of Swan Lake. The haunting, magical score, the timeless, tragic tale of love and loss, the melting, mournful movement of arms that become wings – it is inexpressibly exquisite. The Australian Ballet is currently performing a classical production of Swan Lake which does indeed capture the beauty, magic and purity of the iconic work.

When The Australian Ballet gave their first ever performance as a fledgling company 54 years ago, it was Swan Lake which they chose to define them. The current incarnation of the canonical ballet is the fourth production of the company, created by Resident Choreographer Stephen Baynes for their 50th anniversary in 2012.

It is important to note that not all Swan Lakes are created equal. It is not a simple matter of re-staging a concrete text. The risk of going down the traditional path is that the critical response is often, “Nothing new here. All been done before.” But of course, there is also a trap in going too radical, as the response may be “That’s not Swan Lake.” The name Swan Lake carries with it certain expectations that a production team would be committing suicide to ignore. There have been countless reinterpretations and reinventions of Swan Lake, ranging from the sublime to the bizarre, from ballerinas dressed in literal swan costumes, with feathers and bald wigs, splashing in a pool of water, to fully modernised dancers in T-shirts printed with slogans. And it is not just the costumes and set design that vary. The dance steps and formations themselves have seen endless permutations since the original 1890s choreography of Marius Petipa and Lev Ivanov. Even the music, Tchaikovsky’s immortal score, is not above the creative licence of new producers. Tchaikovsky’s Swan Lake suite is over four hours long, and so every production team must decide which parts to include and which to discard. Some of the most famous versions of Swan Lake have changed the order of the piece and even added incidental musical material from other works in Tchaikovsky’s repertoire.

In creating this production, Artistic Director David McAllister was very firm that he wanted it to be traditional, upholding the great heritage of the canonical text with truth and reverence. Hence, and thankfully, as far as I’m concerned, Odette and her bewitched swan maidens don classical tutus instead of long flowing gowns, giving the audience full view of the ballerinas’ perfect leg and footwork, as well as embodying that archetypical elegance and beauty that has come to be a visual synonym for ballet itself.

Most significantly, this production presents a score which is entirely Swan Lake, with no bits and pieces from other works. According to Music Director and Chief Conductor Nicolette Fraillon, “It is dramatically, structurally and musically perfect as Tchaikovsky wrote it and it doesn’t need anything else.” I couldn’t agree more. The melodies are simple yet unforgettable and the orchestration underneath is sweepingly romantic, at times pulling back so as not to detract from the dancing, and at other times taking over the storytelling with full symphonic impact. From the first haunting notes of the oboe, the famous swan theme touches the soul, and every time it recurs as it threads its way through the four acts, it signals the coming of something tragic. It is clear why on its original release over 120 years ago, Swan Lake was responsible for the sacking of all the tenured ballet composers in Russia. Tchaikovsky’s genius is undeniable and this, his first ballet score, revolutionised the genre.

Choreographer Steven Baynes is obviously enchanted by Swan Lake, and his adoration for the work comes through in his choreographic decisions. He retains the familiar moments most loved by audiences, particularly the iconic lakeside swan sequences in the second act, so that the beauty and meaning of the idealised purity and innocence are not lost. His own original choreography throughout is graceful, with neatly structured ensembles, impressive technical showcasing in the solos and the famous Cygnets quartet, as well as sensitive, moving duets between the lovers. Those who have never seen Swan Lake before will be fully satisfied by the experience, as it indeed delivers on expectations.

On the other hand, those with a little more knowledge, who perhaps have seen various versions of Swan Lake, may be somewhat disappointed. In his love for the work and devotion to its characters, Baynes basically invents a prologue to the fable, attempting to give more weight to Prince Siegfried’s character, focusing the narrative on his relationship with his mother, who never recovered from the loss of his father, and on the dilemmas and pressures of his royal life, under the thumb of the Chancellor, who upon his coming of age tries desperately to marry him off to one of the princesses. To an extent, this does help to explain the vulnerable side of the prince’s character, which is all too often an insipid mope, without pathos. In this production, the prince is definitely understood to be a tragic romantic figure, to be pitied just like Odette, as he too is controlled by someone more powerful. In order to flesh out this narrative, Baynes adds the roles of three characters, pushy friends of the prince who spend most of Act I trying to cheer him up. Baynes says he wanted to avoid any “divertissements” that would interrupt the story. Well, the interaction in dance of these characters in the first act does indeed carry Baynes’ version of the story forward, but it is rather extended and repetitive. In fact, watching them, I was in impatient to get to the swan scenes. It is always a good thing to have the characters fleshed out and some complexity and depth brought to their roles, especially a lead role like the prince, but in this case a little too much attention is paid to the narrative and not enough to the theatricality.

This is further borne out by the way Baynes deals with the character of the evil manipulator Rothbart. He is noticeably missing in the scenes with the swans by the lake, which leaves the predicament of Odette and the maidens curiously unexplained and also robs the scenes of a powerful dramatic element. Instead, Baynes chooses to give Rothbart an appearance at both the beginning and end, on the barge on the lake, first bearing the body of the prince’s father, then retrieving the body of the drowned prince himself. This further emphasises Baynes’ angle, but does not add to the drama or beauty. Really, audiences do not go to see Swan Lake for the nuances of the story, which is basically a fairytale, so I would suggest this might have been a wasted effort.

The dual role of Odette, the swan princess, and Odile, her darker mirror image, is portrayed to a tee by the petite principal, Amber Scott. Her flawless technique, together with a floating, lyrical style is the perfect blend of strength and vulnerability. She embodies her character, both woman and swan, both victim and villain, through effective use of her imagination and focusing of her energies. Scott’s upper body moves so fluidly that it would seem her arms have literally transformed into wings. There are lots of subtle gestures and turns, simple and yet intricate, that combine to leave a deep impression, such as the way her strong neck curves and snuggles her pretty little head into the prince’s chest, just as I imagine a pet swan might do with its beloved human owner.

Adam Bull strikes an impressive figure onstage, standing taller and slimmer than all the other male dancers, his long limbs soaring and his extensions and leaps reaching great heights. His solo dances in the first act evoke a mournful, lonesome feeling. His strength and technical ability is apparent when he shows off with the black swan in the third act. But the beauty of Bull as a dancer is most evident in his pas de deux with Amber Scott. The pair have been dancing together since they were in their early teens at The Australian Ballet School (Bull is now 35). The connection they have, their “complete trust and openness” as Bull describes it, comes across onstage and results in something very special, something magical.

Overall, Stephen Baynes’ Swan Lake delivers all the grace and beauty the classical ballet demands, despite what I consider to be a misstep in terms of narrative direction. Tchaikovsky’s heavenly score and the entrancing talent of the Australian Ballet performers – both the dancers and the musicians – makes for success. Swan Lake is showing at Sydney Opera House until 20 April, 2016.

Alicia is the Theatre Specialist for The Plus Ones, reviewing the premiere concerts, symphonies, operas, ballets and stage shows in Sydney. She is a seasoned arts and music critic, as a former journalist for the ABC Limelight magazine and State of the Arts. She has a degree in Media & Communications, English and Music from the University of Sydney.
Disclaimer: The Plus Ones were invited guests of The Australian Ballet