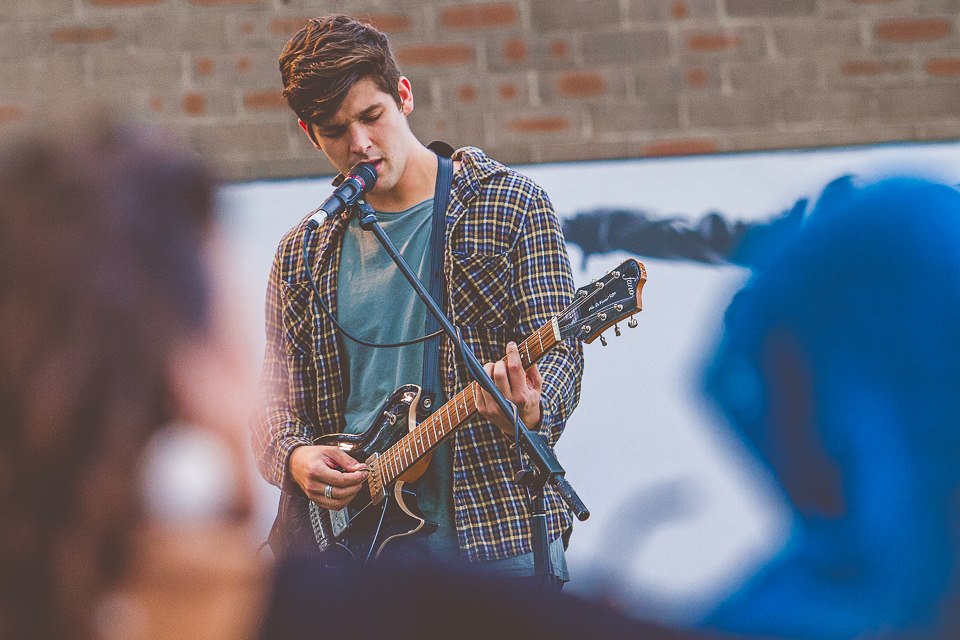 The Seymour Centre’s courtyard was packed last Friday (5 Feb) when a relaxed afterwork crowd gathered to take in a solo show by Louis London frontman, Ed Saloman, at the Courtyard Sessions opening night. The rain that had threatened to fall all afternoon all but stayed at bay, and the audience enjoyed beers, barbecue and the odd game of giant Jenga under low-hanging trees decorated with glittering lights.

The way Saloman weaves heartfelt lyrics through tidy guitar melodies and riffs looped through a pedal gets you hooked right away, and you’re with him until the final chord. His is genuine and very moving music making. His voice is reminiscent of Jeff Buckley, perhaps Vance Joy at times, and he has a knack of constructing songs rather like Radiohead’s Thom Yorke, an influence Ed himself has cited. 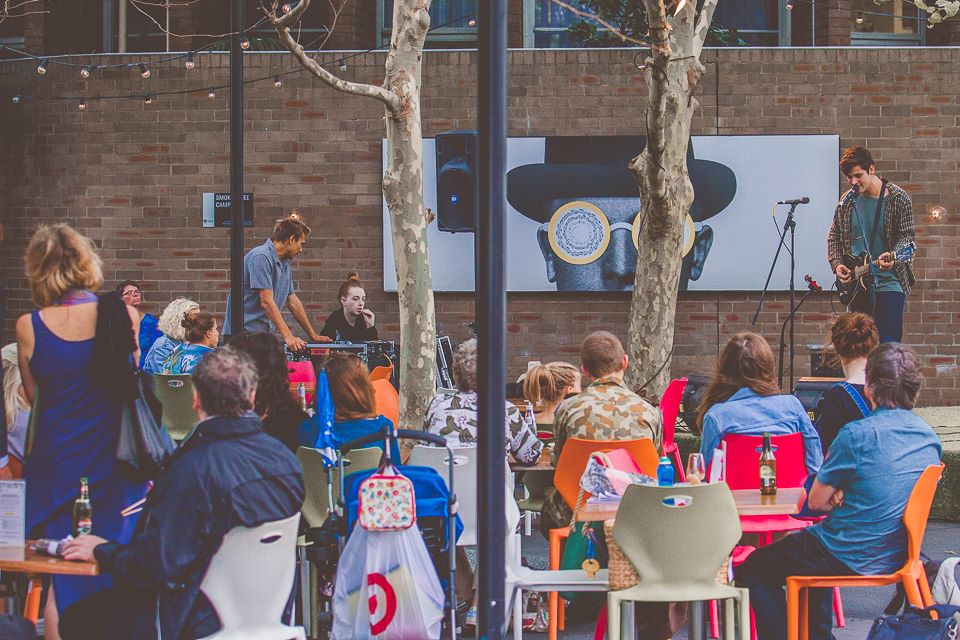 For his first solo show in a while, Saloman played a selection of his own melancholic tracks with some superb covers mixed in, including of Gershwin’s ‘Summertime’ (an pleasant surprise), Coldplay’s ‘Sparks’, Paolo Nutini’s ‘Candy’ and David Bowie’s ‘Heroes’.

For a free event, the Courtyard Sessions more than punches above its weight with the calibre of artists it attracts and the gorgeous atmosphere it offers. We can’t wait for the next one…

The Courtyard Sessions continue with ILUKA this Friday 12 February at 6pm. Visit www.seymourcentre.com/events/event/courtyard-sessions-2016 to see the full programme

Rosie Pentreath is a freelance arts journalist who moved from the UK to Sydney in April 2015, just to shake things up a bit. Formerly Digital Editor & Staff Writer at BBC Music Magazine, she has bylines inSinfini Music, BBC Music Magazine, Homes & Antiques and The Debrief, to name a few. When she’s not writing, she’s most happy running around with a Pentax MV1 SLR camera or discovering as much new music as she can. Rosie tweets at @RosiePentreath, writes on Medium and updates this blog with her experiences in Australia.

Disclaimer: The Plus Ones were invited guests of the Courtyard Sessions