Set in the beautiful and even somewhat magical Sydney State Theatre is the family pantomime ‘Aladdin and His Wondrous Lamp.’ Presented by director Bonnie Lythgoe (So you think you can dance Australia), who presented ‘Snow White’ last year and it is said ‘Cinderella’ next year. 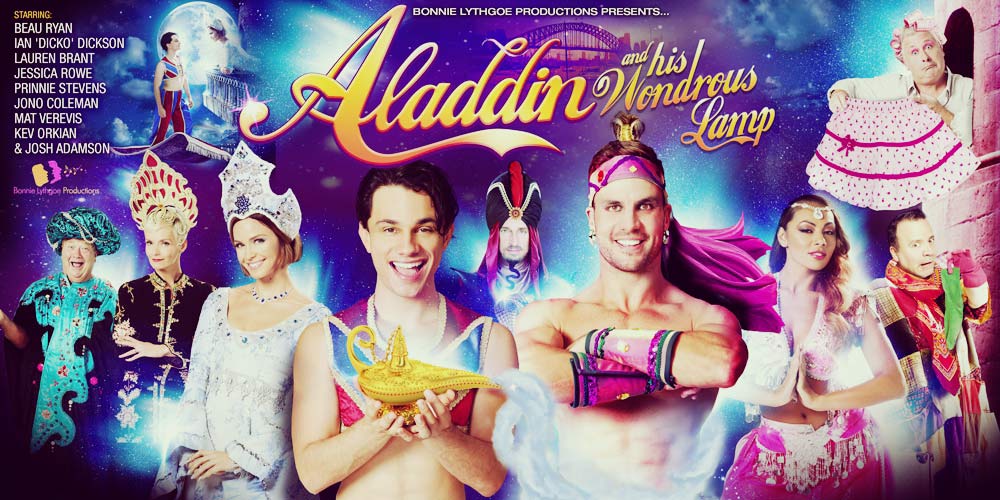 Opening night, covered by at least 3 news channels, was filled with a wide range of television celebrities, sportsmen, famous models (I saw miss Universe Australia up close) and national icons.

This panto is a modern day version of the classical Arabian nights story combined with lots of humour and family fun. Although very suitable for children, it’s also hugely entertaining for adults! Throughout the whole show there is loads of interaction, singing and dancing (on ‘Party rock anthem’ by LMFAO and ‘Shake it off’ by Taylor Swift for example). 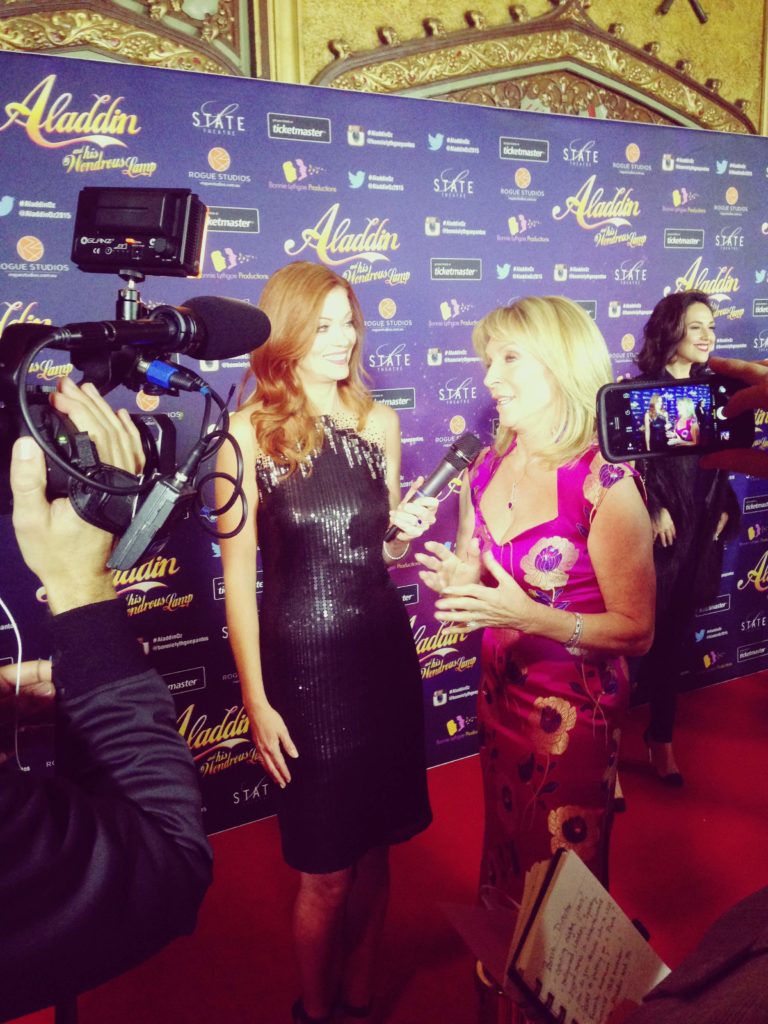 This lovely panto gives you the opportunity to see a shirtless Beau Ryan dancing in a cave to ‘You can’t touch this’ by MC Hammer (which was for me already reason enough to go). Hear the amazing singing of ‘The Voice’ finalist Prinnie Stevens, the wonderful performance from Josh Adamson as the bad guy (who got to endure a lot of children’s booing during his performance for being evil) and lots of laughter with the silly Ian Dickson, dressed as a woman for this panto and Kev Orkian as her son.

Long story short, Aladdin and His Wondrous Lamp has something to offer for everyone. Whether young or old, serious or silly,  a sports fan or dancing queen; both for mums and dads, grandparents or children, a beautiful family outing.

The full cast consists of Beau Ryan as Genie, Ian ‘Dicko’ Dickson as Widow Twankey, Lauren Brant as Princess Jasmin,  Jessica Rowe as Empress, Prinnie Stevens as the Slave of the Ring, Jono Coleman as the Emperor, Mat Verevis as Aladdin, Kev Orkian as Wishee Washee and Josh Adamson as Abanazar.

– Ayla
Ayla Haverkamp, ‘The Dutchess’, is a Dutch girl in Sydney with a communications degree and a heart for organizing. She loves to travel the world, learn and explore new things every day, and is a cinema guru.

Aladdin and his wondrous Lamp is only showing until 12th of July, so get your tickets quick if you want to see it. Tickets available through Ticketmaster.com.au

Disclosure: The Plus Ones were invited guests of Beebox Mgmt.