Whilst Roald Dahl took us on a mouth watering adventure through Willy Wonka’s Chocolate Factory, introduced us to a Big yet Friendly Giant, created a hide away home for James within an enormous sized Peach, The Griffin theatre brought another one of his renowned novels ‘The Witches‘ to life through a one man show, performed by Guy Edmonds. 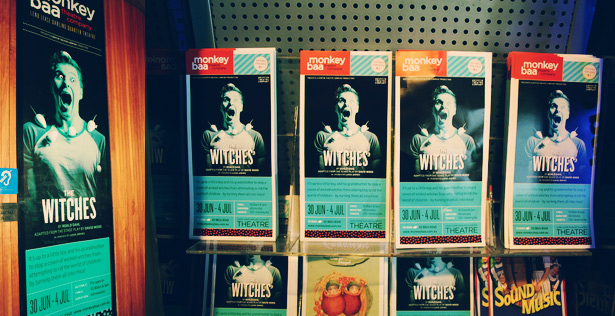 Minimal setting, very few props and sophisticated lighting choices will appeal to all, by reinventing an adults childhood and encouraging children to use their wild imaginations to picture a single actor in numerous but completely diverse roles. Director Lucas Jervies employed a large box centre stage, a saucepan, a toothbrush, a plate and a ball of wool to create the illusion of a mouse running across the stage. This became difficult when one mouse became two. Guy Edmonds utilised his hands to portray two mice; Luke Eveshim and Bruno Jenkins as they embark on a journey to unveil the identities of the Witch community. Having been turned into mice by the witches the young boys decided to protect the children in England by stealing their potion and using it on them instead. Edmonds executed reoccurring actions to differentiate each character. Having almost five personalities within this final scene one may think that this would become extremely confusing, however the exceptional transition between characters only added to the growing anticipation among the audience. This reached its peak when they were surprised by the flurry of motorised mice that scurried across the stage and through the feet of the people sitting within the front row. 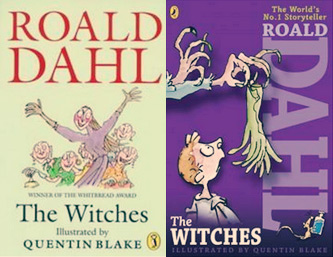 Positioned in the middle of the audience I was surrounded by children gazing in complete awe with nothing less than a smile on their faces. The adaption of the original stage play by David Wood into a 50-minute production was just enough time to take this traditional novel and transform it into an enticing adventure in which the least likely of heroes came out on top.

The Witches’ will be performed twice a day, at The Lend Lease Darling Quarter Theatre in Sydney, from the 30th of June to the 4th of July 2015. Buy Tickets now.

Disclaimer: The Plus Ones were invited guests o KABUKU PR.