A first class night at the theatre awaits you in all out good time slice of retro pop, Jersey Boys – The Story of Frankie Valli and The Four Seasons. This production lives up to the show’s Tony award-winning reputation and seeing this show is a real trip down memory lane which will have you humming all their hits. With his band The Four Seasons, Jersey boy Frankie Valli gave us some of the most recognisable popular tunes of the late 20th century and this version wastes not a beat bringing back the magic.

With polished dance routines and stellar voices, it is a palpable thrill to sit in the audience and hear live musicians and performers belt out these tunes, giving you a taste of what original audiences felt when the band first toured the United States.  The musical repertoire is incredible and includes million-selling hits Sherry, Big Girls Don’t Cry, Rag Doll, Walk Like A Man, Bye, Bye, Baby (Baby Goodbye), My Eyes Adored You, Will You Love Me Tomorrow, December ‘63(Oh, What A Night) and many more. You will be amazed how many are lifted from radio airwaves as anthems for a generation. 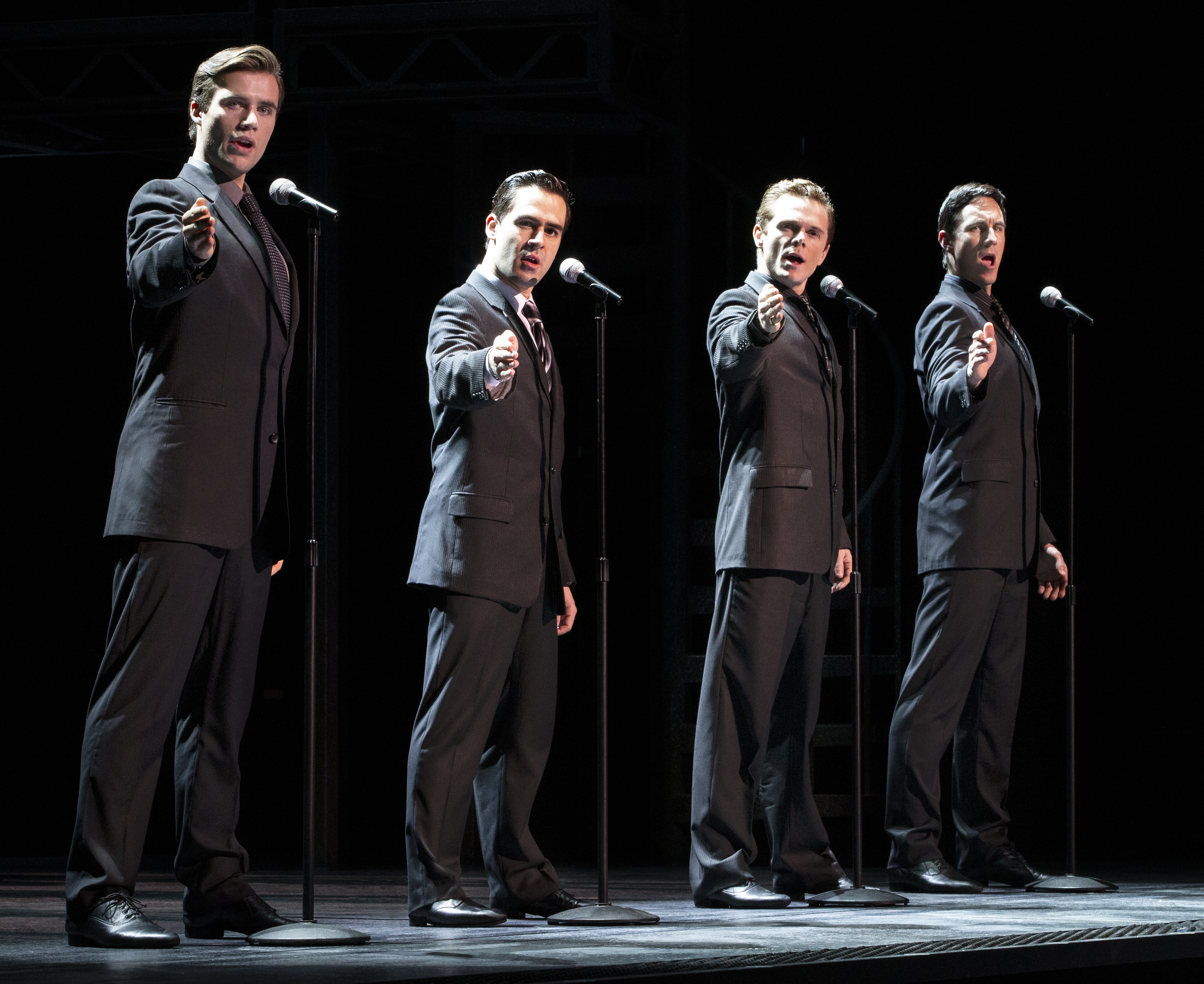 The cast is diverse and talented with finessed dancing and vocal strength. Every performer on that stage is top class and their voices amplify the magic of the tunes with clear and strong sound design and delivery behind them. You won’t miss the lead who is star material and world-class performance serious.  A solid actor and good mover, when X-Factor Ryan Gonzalez sings, everyone listens. The room falls silent and you hang on every cadence switch or tonal mood, singing these songs as if their creator. His projection, interpretation and execution is superb in this role-of-a-career and he must be experienced live to capture his mastery.

Delivered by one of the world’s best production teams, this show is tight and kicks of with live music and song from moment one with Rutene Spooner’s powerful voice and presence. Taut dance routines, scene staging, use of props, and lines delivered without a beat mean there is not one foot put wrong. Talented musical performers Cameron MacDonald, Thomas McGuane and Glaston Toft give us band members Bob Gaudio, Nick Massi, and Tommy DeVito. Their combined singing, dancing, and acting is superbly rehearsed and they sock it to us  as if they were the real band seeking to convert their audience back in their earliest days. 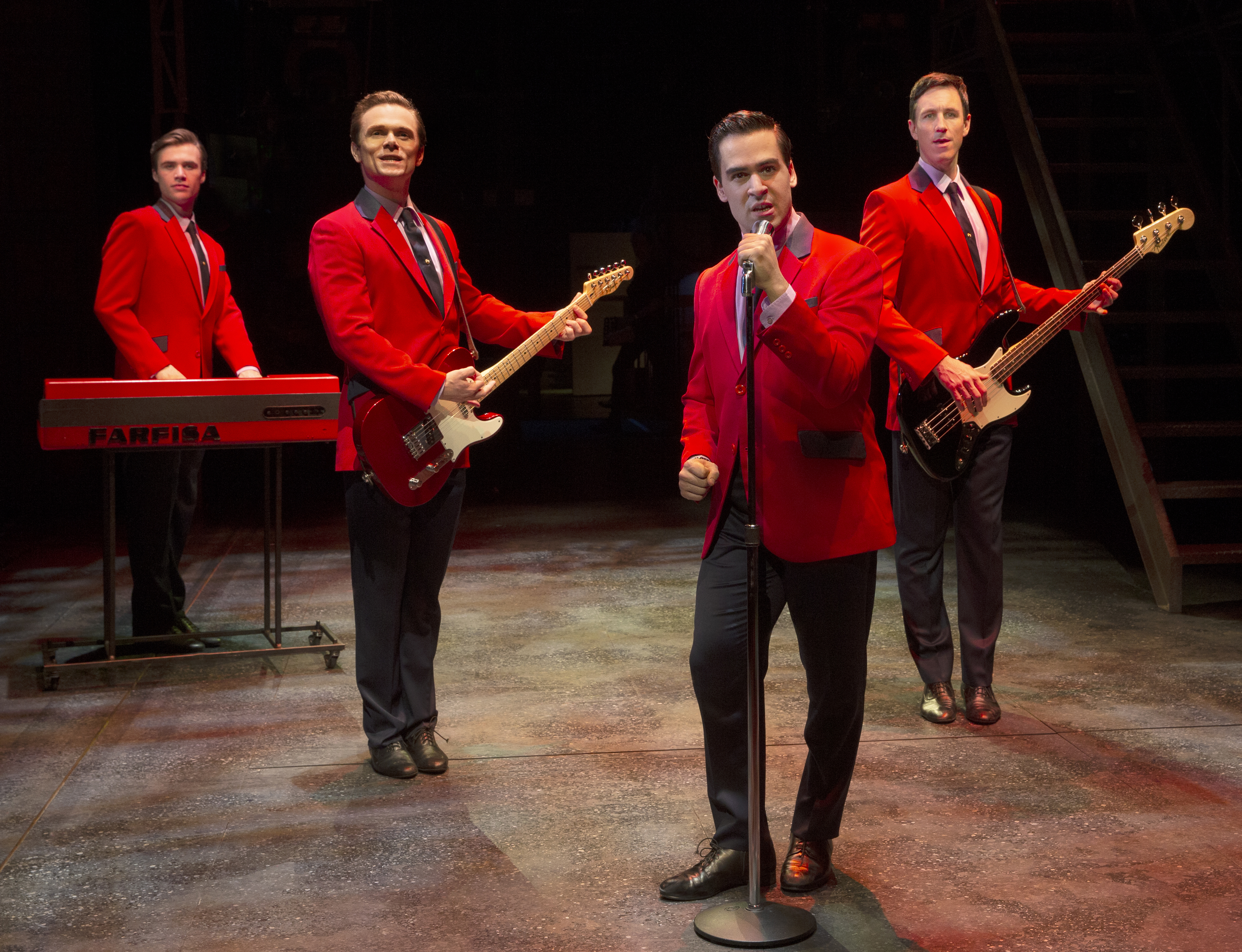 This fast-paced musical biography takes you through both band and personal backstory with colorful flair. You’ll learn of their origination, name changes and casting, their triumph from obscurity, backers and debts, marriages and losses, hit after hit, break up and reprise, all rich material for this parable of musical endeavour.

When two Valli brothers combine their 1960 backstreet ensemble with songwriter musician Bob Gaudio, they hit a goldmine of creative songwriting that never failed over the next few decades, being inducted into The Rock And Roll Hall Of Fame in 1990. Valli’s pure head voice is uniquely notable, with high notes neither falsetto or strained yet the whole team were strong contributors and performers.

This story has so much and is brilliantly captured in plot, staging, sequences, and flow from world class professionals. Excellent scripting by award-winning American originators Marshall Brickman and Rick Elice give you the beef, told through slang, insults, jibes, and pointed commentary which document the story of migrant son made national success. When you come from the tough end of town you don’t expect to be a national champion but Valli and his band’s story personifies the American dream. 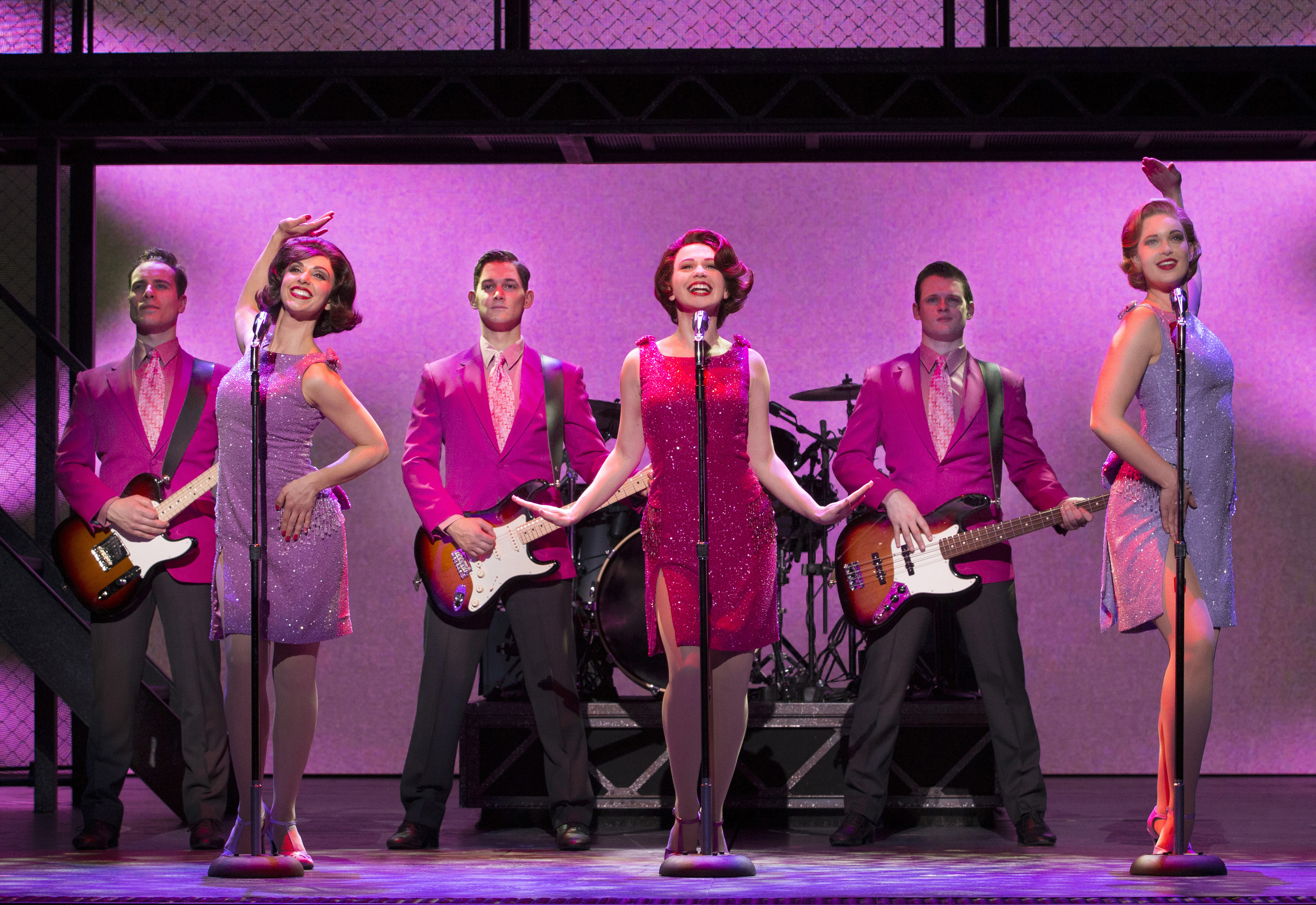 With excellent lighting from Howell Binkley, the cast and musicians sit on an evocative set from Klara Zieglerova of gritty industrial New York borough of Jersey, a town full of working-class immigrants. Supported with stunning period style costumes from Jess Goldstein, it’s evocative and colourful, like the era these tunes backdropped. You will love the spiv suits, slicked back hairdos, high bobs and heavy fringes, shimmering materials and polished footwear that spell an age where dressing was flambuoyant and fun.

On a multi-level set of platforms and staircases, band and cast move the story through with musicians following backlit with Pop Art slides from America’s heyday. One highlight is the brass section silhouetted on high but who can’t get enough drums, guitar and brass? Quick scene changes of interiors and exteriors of backroom clubs, television studios, and in the domestic are authentic and return us to the age. 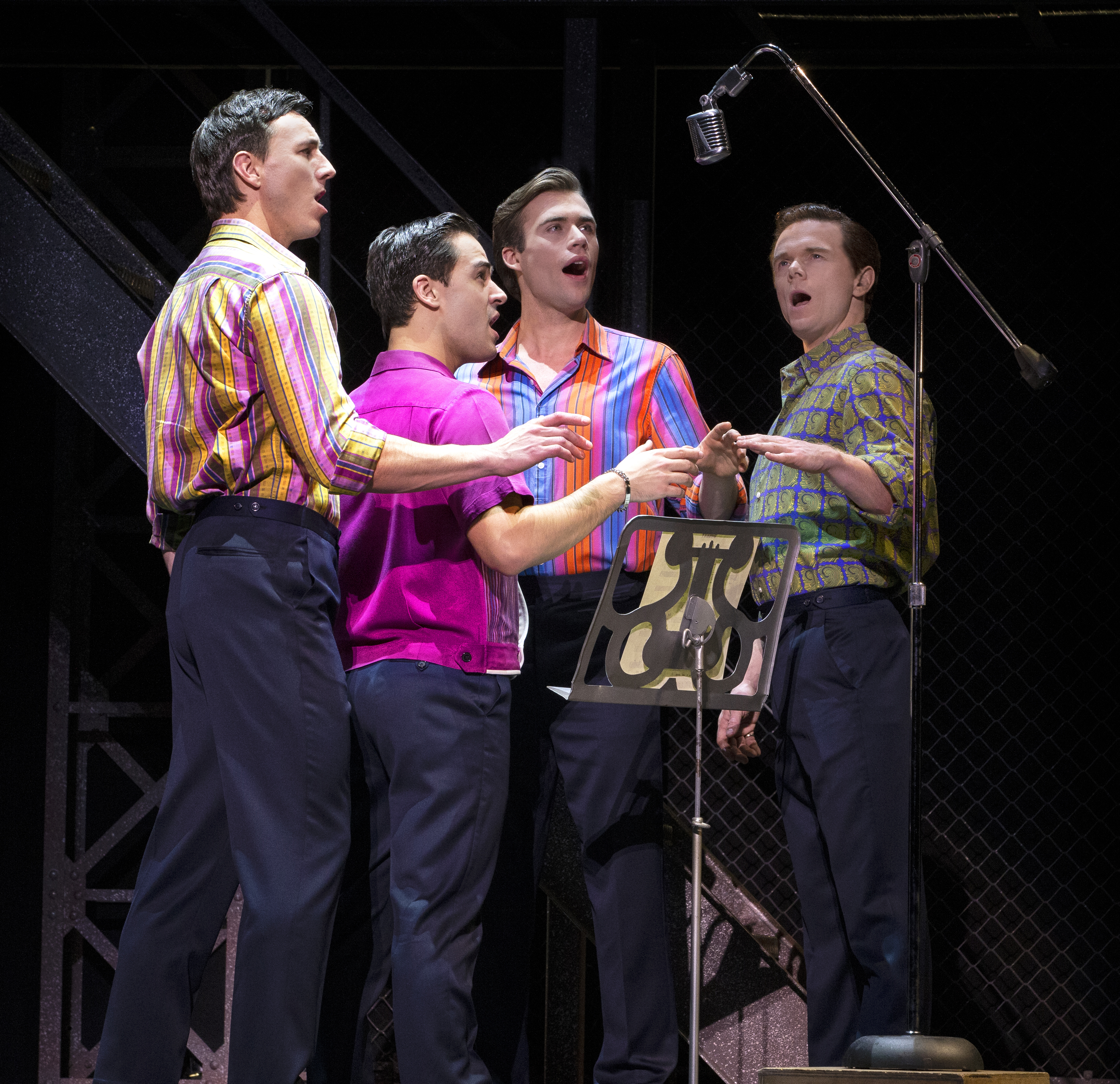 Venturing to this 1929, heritage- listed theatre is a delight in itself and the perfect retro setting for a musical that takes you back to the pre-digital age. CDs and great merchandise are on sale in the foyer.

One of the world’s best musicals, this production is superbly assembled and ready to rock you. Be prepared to stand, sing along and clap! You may go more than once.

The Time Out Bar Awards – A Party Where Everyone Wins