A drama full of masculine desire, love, and reality versus fantasy awaits you with Melbourne Shakespeare Company‘s unique take on Love’s Labour’s Lost. A cast of thirteen multi-talented actors will keep you entertained in ninety minutes full of exuberant song, dance, and verbal comedy.

One of Shakespeare’s most hilarious comedies is full of unexpected twists and turns that will leave you on the edge of your seat (or picnic blanket). The magnificent actors from Melbourne Shakespeare Company will have you laughing and crying as they bring this play into life. 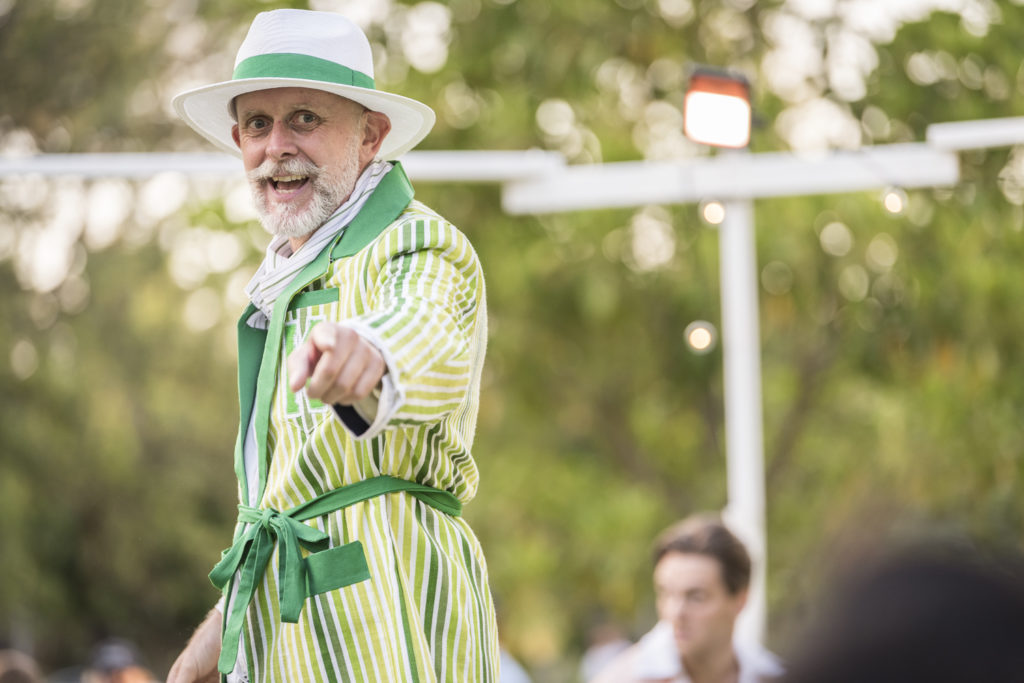 One of Shakespeare’s lesser-known plays, it follows the story of the King of Navarre and his three companions as they attempt to refrain from dating for three years. Suddenly a group of intelligent, gorgeous women arrives from Perth to put the men’s oath to the test.

Directed by the talented Jennifer Sarah Dean, this version was full of some amazing talent. There are many worthwhile performances to hold your attention. Tref Gare played the stylish King Ferdinand — his rendition of ‘You Sexy ’ is unforgettable. Gareth Isaac’s Dull was a source of great mirth, whilst Alexander Lloyd’s portrayal of Don Adriano made the female audience members swoon. Adam Canny played the captivating Boyet and Emma Jevon’s interpretation of Moth was hilarious. 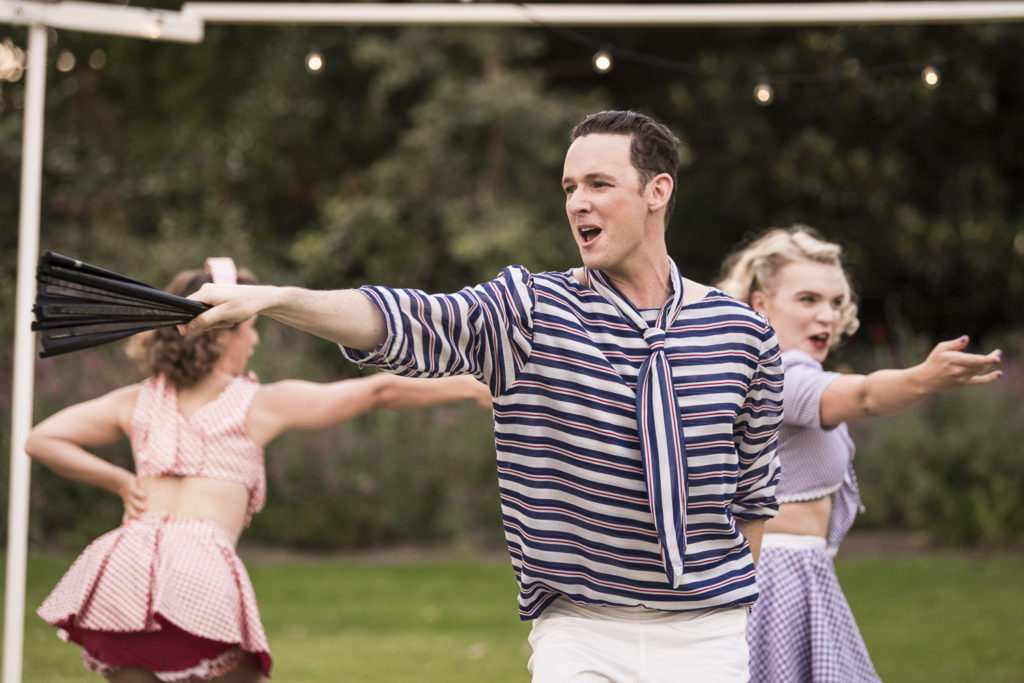 The costumes designed by Marc McIntyre were sensational. The characters’ names are strategically sewn into the costumes, which assists the audience to follow the plot. The use of kitchen and cleaning utensils was clever, funny and unique — look out for the mop wig!

The highlight has to be the music. Scenes are brought to life with renditions of modern classics such as ‘Everlasting Love’, ‘Time after Time’, and Kenny Rogers’ ‘The Gambler’. Choreographer John Reed has also cleverly incorporated modern dance into such a classic play. 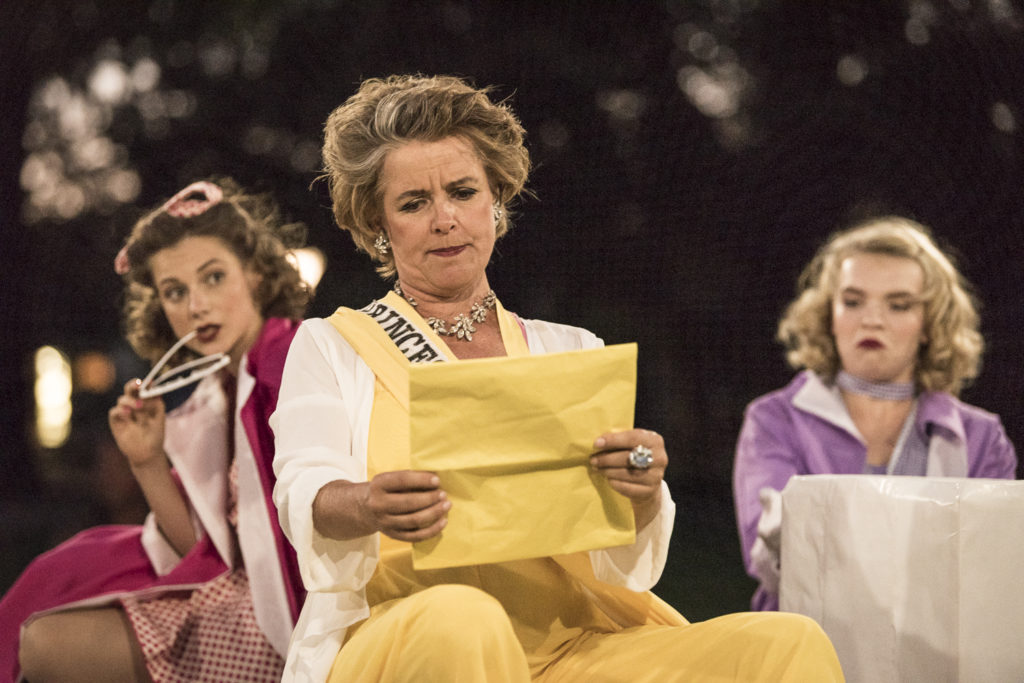 Set outside in the beautiful Central Park in Malvern, patrons are invited to position themselves around the circular stage on picnic blankets and folding chairs. Bring your own picnic treats are encouraged, which the actors cheekily helped themselves to throughout the performance.

Disclosure: The Plus Ones were guests of the Melbourne Shakespeare Company.
Image credit: Burke Photography.

The Presets at Melbourne Zoo Twilights