An annual showcase which launches students from the Australian Ballet School onto premiere stages showed last weeked at Arts Centre Melbourne.  Summer Season 2018- La Sylphide & Other Works rewarded families, friends and fans of the next generation of ballet stars with an exquisite production of Romantic classic, Danish influenced La Sylphide, starring final year graduating class and with a selection of dance works revealing a range of stylistic training.

The first half of the program featured dance pieces across school levels 1-7 with a mix of pure classical, cheeky comedy, contemporary, neo classical, and Russian Character. There were pointe shoes, ballet flats, character heels, baroque wigs, and tutus aplenty. 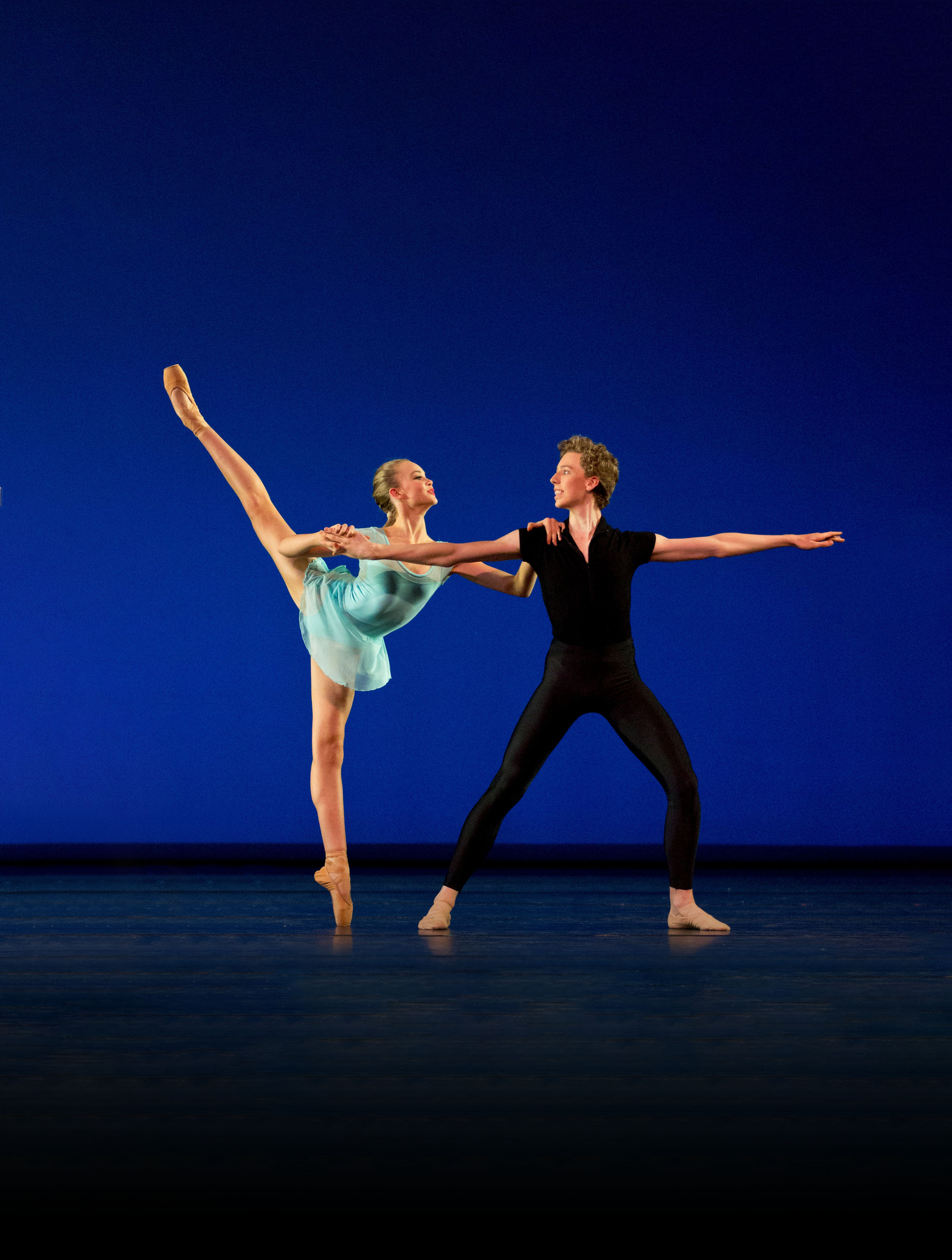 Such formal presentations are an essential part of all apprentice dance careers, allowing such students to learn traditional repertoire, perform in front of the public and on top stages,  work as a team as ensemble, all leading to what follows as the fledgling bird flies its nest. After final year exams, cohorts such as leaving year’s Level 8s are ready to apply makeup and step into canonical costumes as they face their own performing futures. Many dancers undertake a year with The Dancer’s Company, travelling nationally and regionally, before auditioning internationally, or for corphee positions within our own national company. 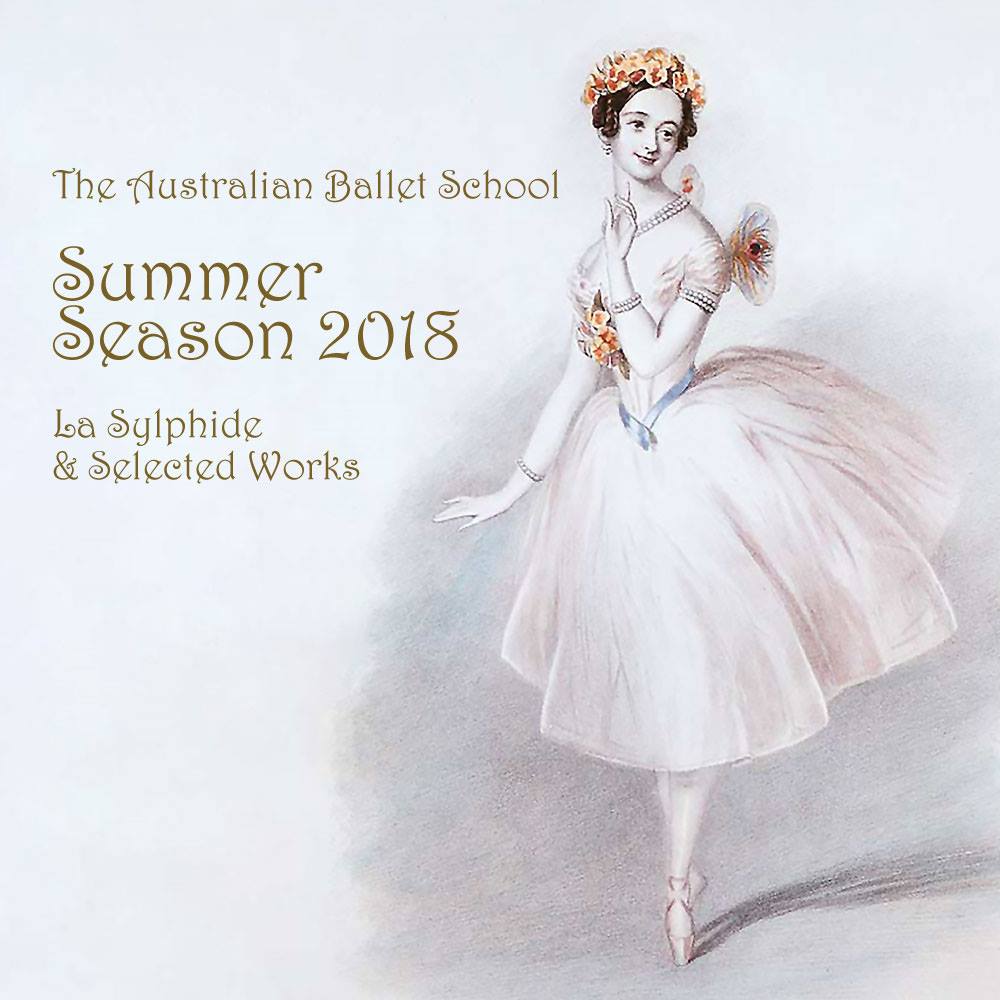 After years spent inside studios training under former The Australian Ballet luminaries such as Lisa Pavane, Simon Dow, Greg Horsman, and Andrew Murphy( to name but a few native greats who steward their progress), these gifts to ballet lovers worldwide are ready to reveal the results of hours of sweat and application on stage and in front of actual audiences, not just the dancer’s nemesis- the mirror. All things come together- the music, the steps, performance style and artistry, and new relationships and professional styles begin to show. It is our privilege to witness this moment and offer thanks for the many years of quality instruction and mentoring offered by such an institution and its individual teachers who care so greatly. You can have talent but it takes special handling to produce a ballet star, something AB does exceptionally well, and takes seriously.

The sets and costumes provided courtesy of the main company were world class and a privilege for the students to step up and into Ann Fraser’s set for August Bournonville’s full ballet in Act II, is the interior of a Scottish farm with open fireplace, solid stone walls and glittering windows through which the lead, James, catches glimpses of and is haunted by the Sylphide, a woodland sprite in female form, as well as a woodland glade of Disney-like quality, and nostalgic bliss to gaze upon. Act I’s interior set is the perfect setting for bagpiping, drinks, and the dancing of reels. 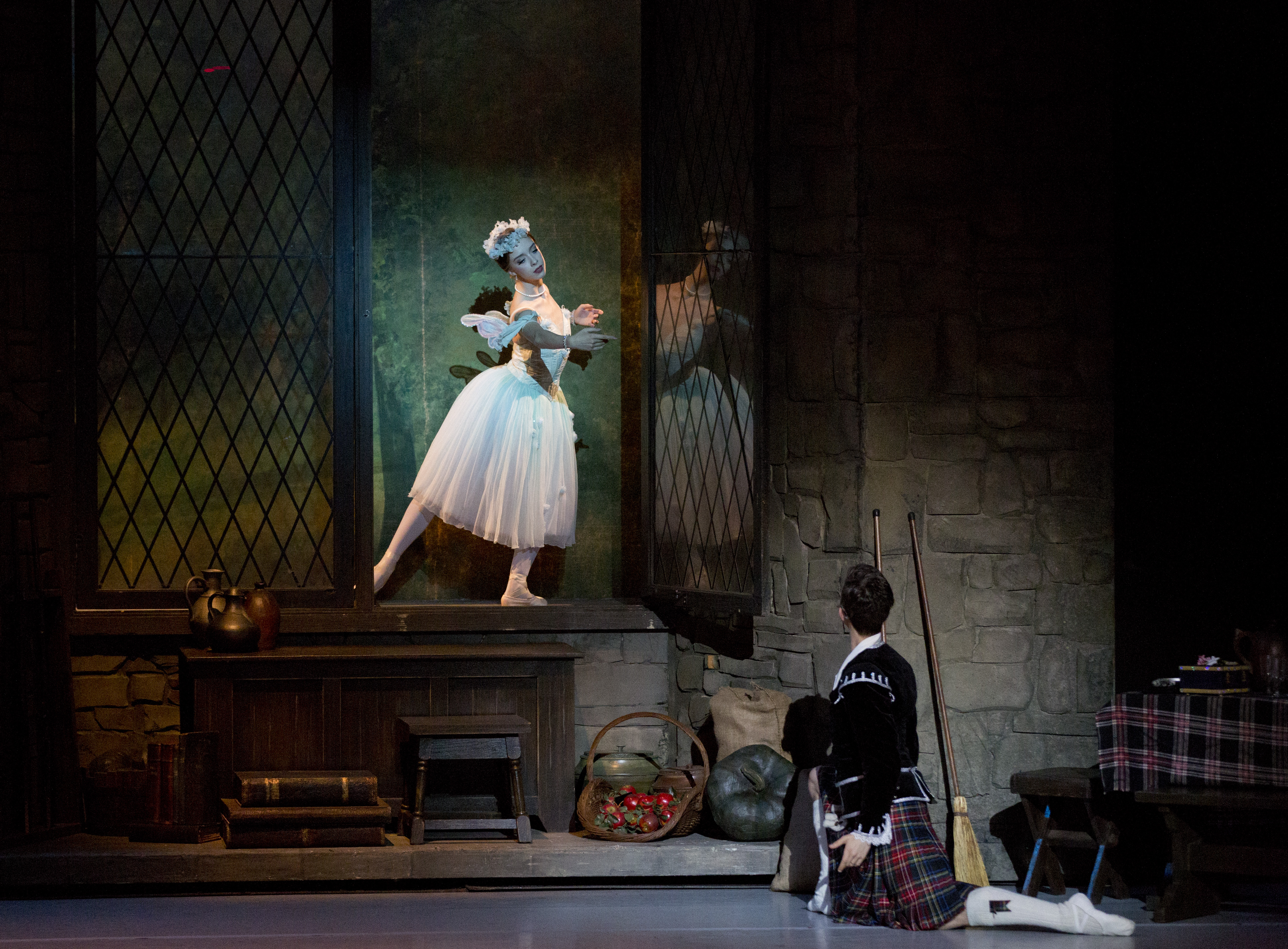 On Saturday’s matinee, we saw coolly pure classicism from Jingkun Xu, and delicate femininity from Kaho Kato as the leads. The two were perfectly suited and offered the refined purity of the ballet form every moment they were on stage, proving excellent principals in this work. Xu’s quiet demeanour belied a powerful leap and robust masculinity combined with grace in the upper body, and got thoroughly caught up in showing us James’ inner journey as he is haunted by a spirit. Kato was grace itself, with her superb gesture and hand work, perfect epaulement and refined execution of legwork on pointe- this is not easy work! Both these two acted every bit the professional ballet leader and are to be commended on fully embracing this responsibility.

Clayton Forsyth in kilt, was notable in his great leaps and muscular rendition of Gurn. 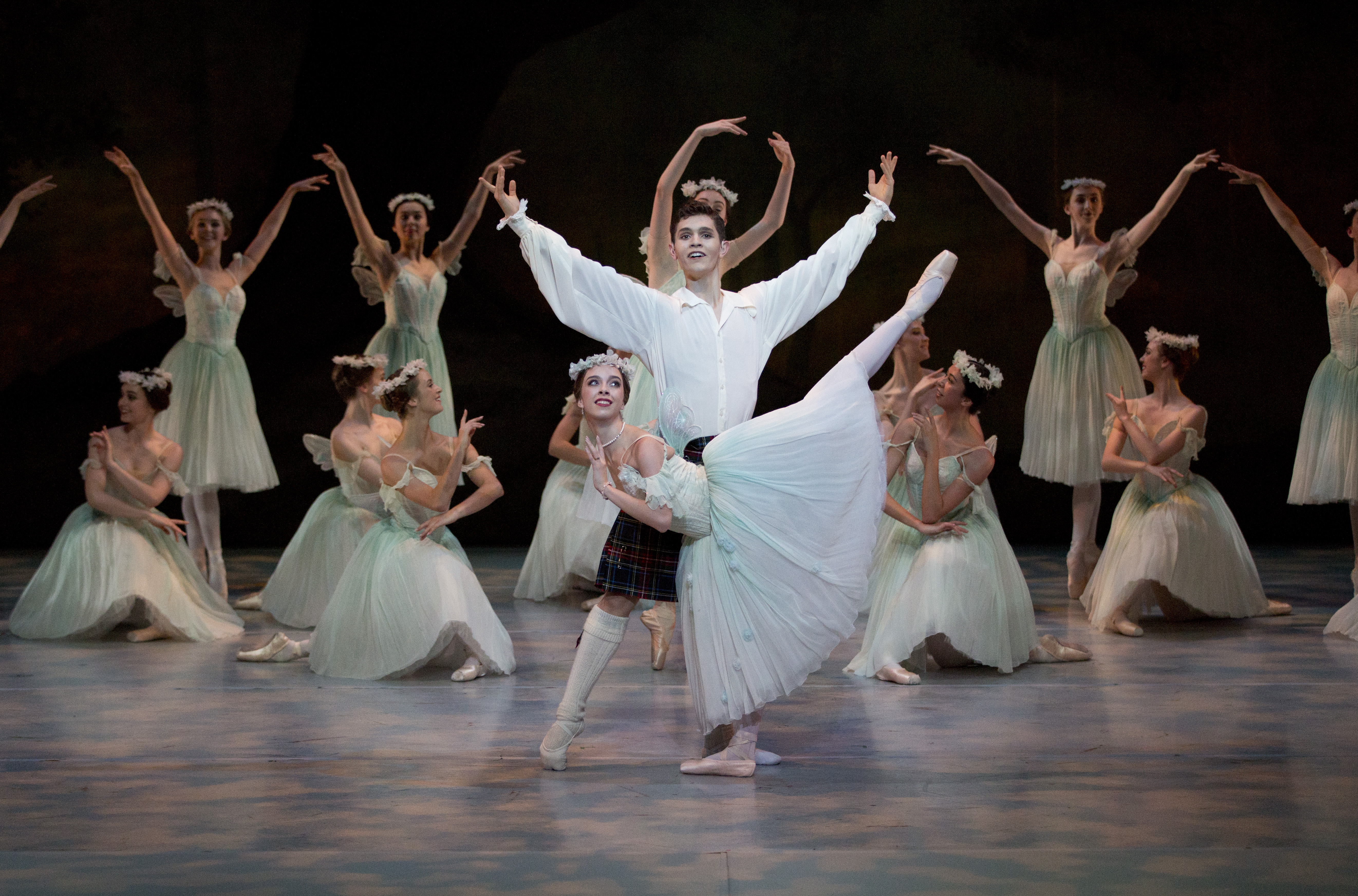 The first half of the earlier showcase gave us a mix of ages and levels of training and competency. Opening with pure classical dance with Waltz From Birthday Celebration, we had males in tights and ladies in traditional tutus. It was purity and excellence in timing and technique as well as in partnering, mastery of the pas de deux (partner work) a unique skill which requires deft handiwork, especially from the supportive male dancers. Choreographed by The Royal Ballet’s Mark Annear, it was reminiscent of the divine perfection invented by 20th century Russian- born American master, Georges Balanchine. Paul Knobloch’s Hayden Symphony was more modern ballet though still emphatically classical and all about line, tension, execution, and timing. All students rose to this occasion, proffering perfection. The parents, friends and families in the crowd must were bursting with pride, full witness to the truth it takes many years to build to this moment. 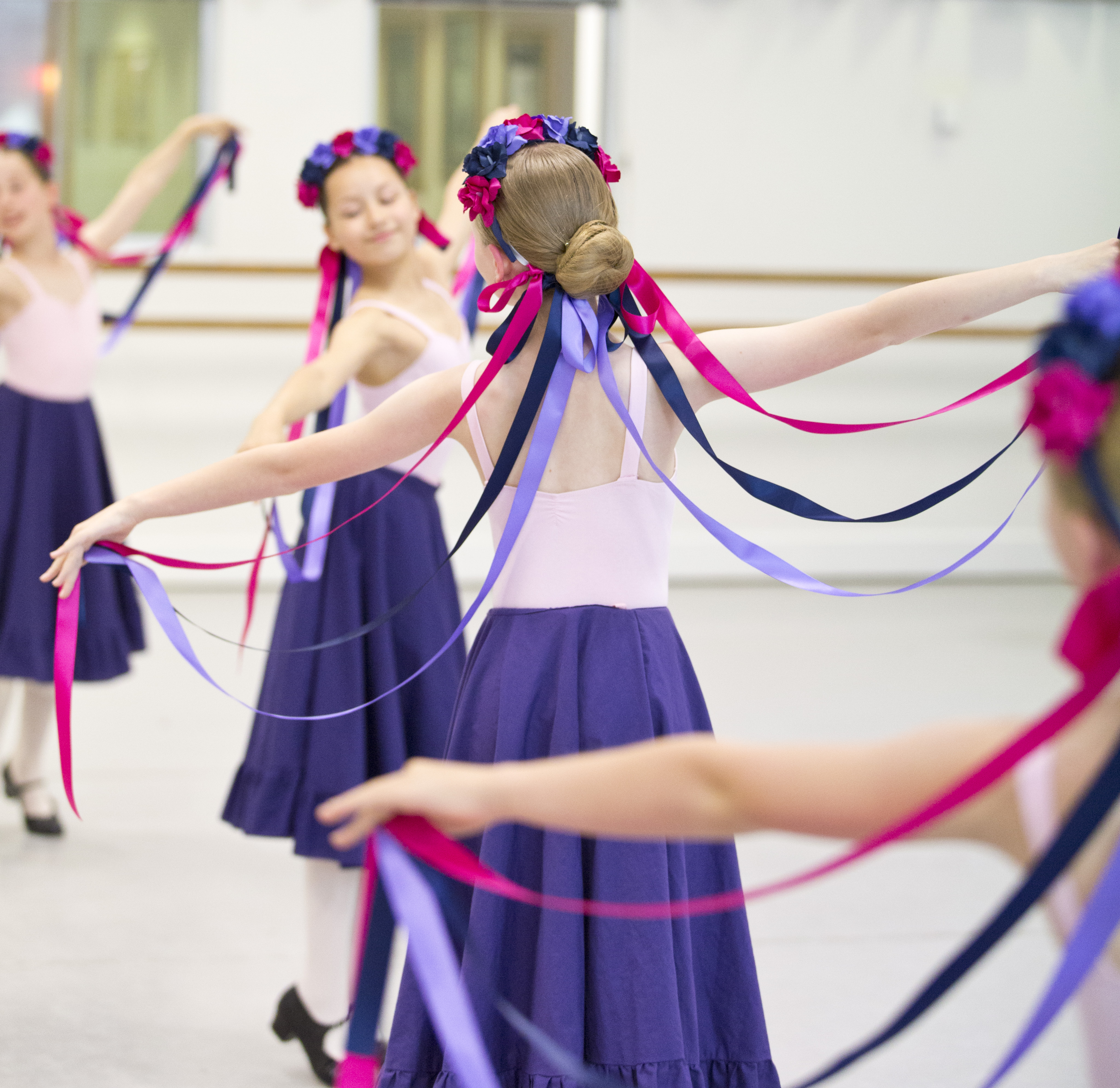 The folkloric character routine, Character Dance by Christine Vavledellis, showed younger years in gorgeous nationalistic costuming( black shoes or long ribbons), demonstrating their skill in a timeless dance form passed down throughout centuries about national dance. Two works which really captured the audience were Simon Dow’s Wolfgang Dance, to music of MOzart, which sent up the formalities of ballet and stage performance. The cast sported hilarious baroque wigs and displayed a lot of cheek. Margaret Wilson’s contemporary, neo classical  Heart Strings, finished the first half, and allowed the dancer’s to really let loose and flow with the music. A driving string quartet soundtrack launched the dancer’s into the space and their vivid lines and shapes, as well as solid couple work, thrilled us.

The future of ballet is in safe hands- and feet. Catch these up and comers any way you can, or witness their dance maturity flourish in coming years, perhaps on Australian Ballet stages coming to a venue near you… 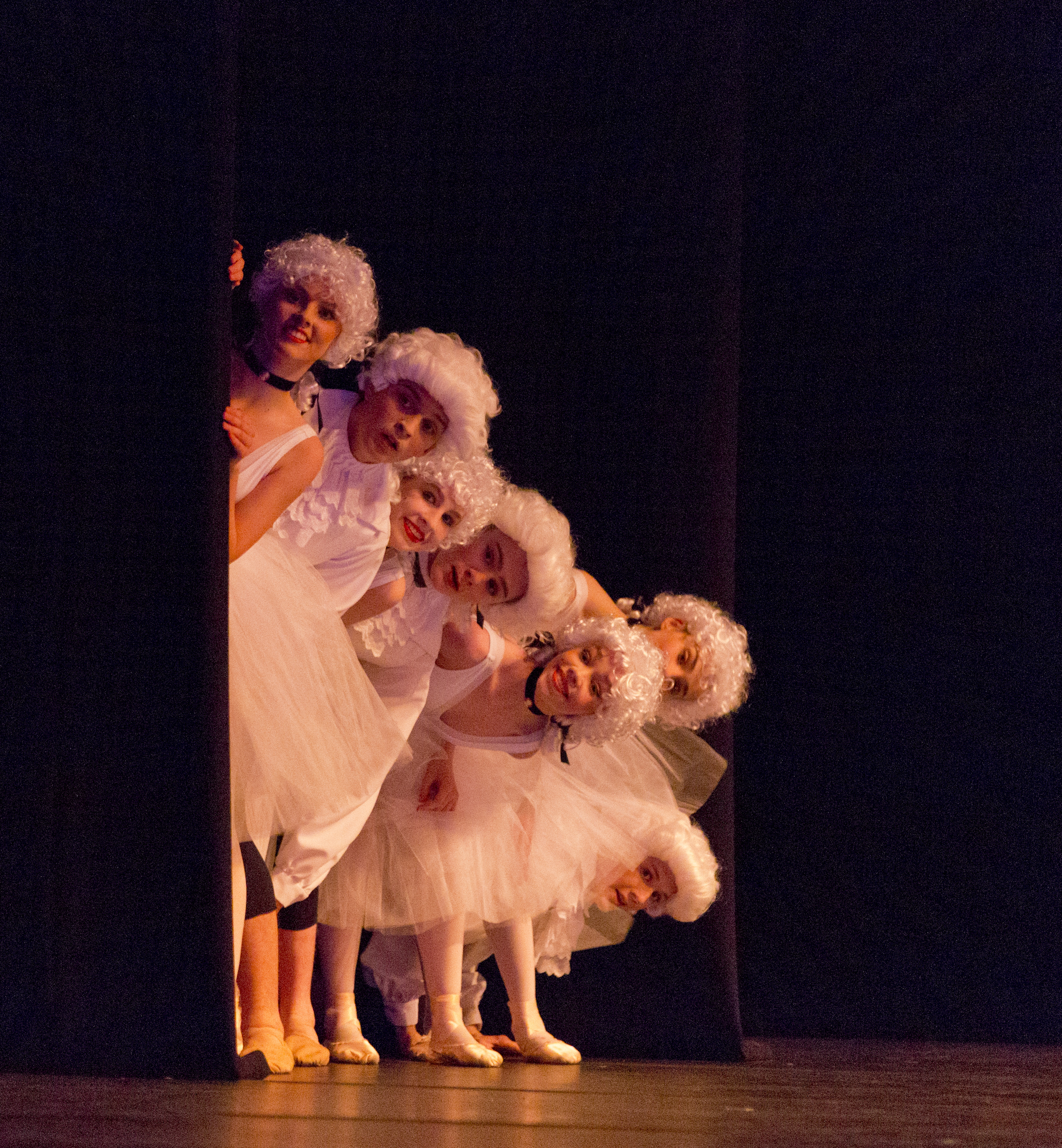 Disclosure: The Plus Ones were guests of Prue Bassett Publicity.

MSO Plays Star Wars: The Empire Strikes Back in Concert