Following on from sell out performances of The Force Awakens last December and A New Hope in February, the Melbourne Symphony Orchestra is ‘in Concert’ again, this time with Star Wars: The Empire Strikes Back. Over 100 musicians play the well renowned John Williams score for 2 hours, perfectly synchronised to the motion picture. 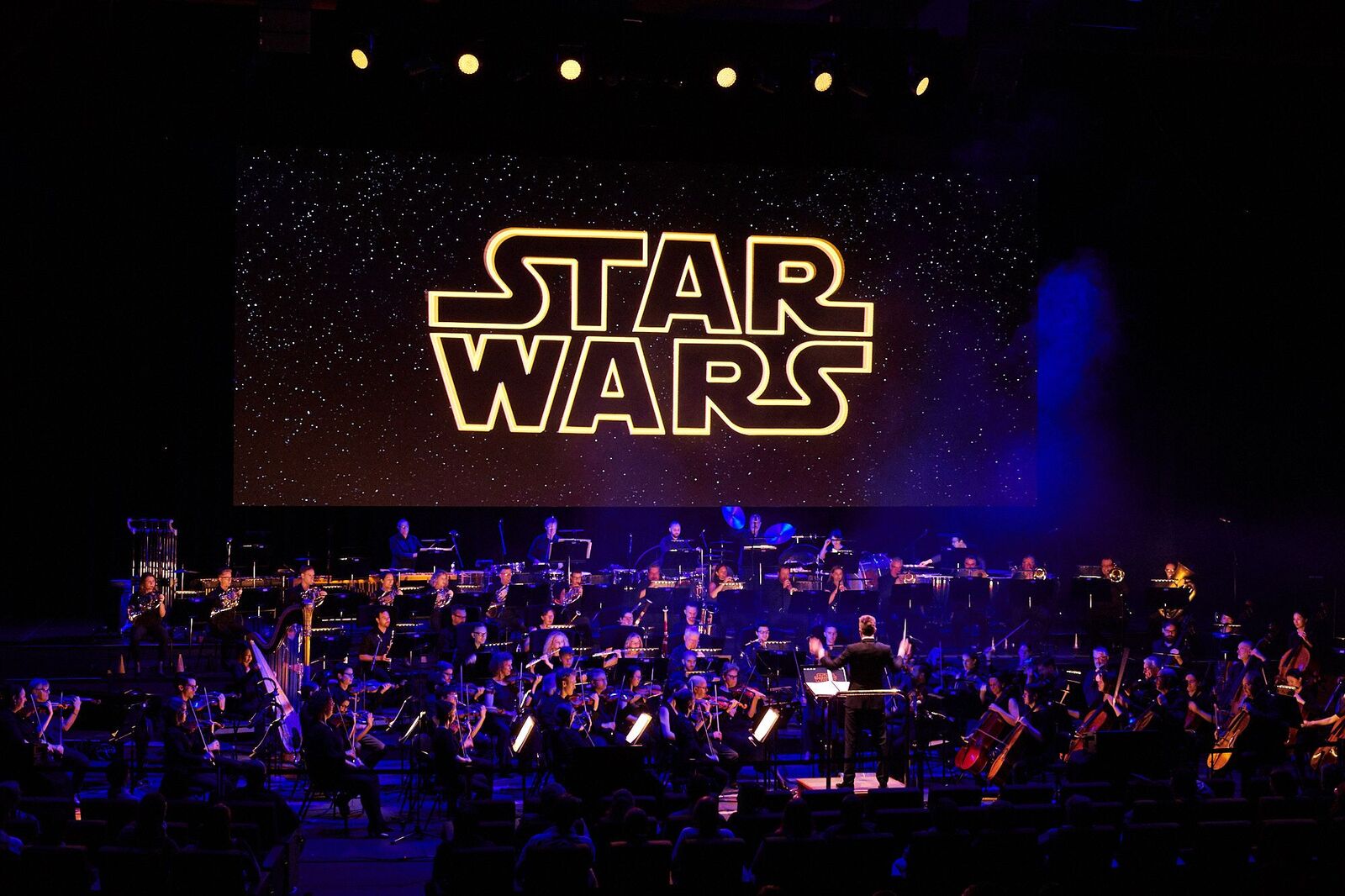 Opening night of The Empire Strikes Back saw the Star Wars fandom in full Force! Held at the Melbourne Convention and Exhibition Centre’s Plenary Hall, people rushed in from the rain and into a playful atmosphere. Backed by musicians playing the Cantina Band song, Melbourne’s own 501st Legion and Rebel Legion were in attendance. Dressed as Star Wars characters- Boba Fett, Greedo, X-Wing fighter pilots, Storm Troopers and even Darth Vader were available for photo opportunities. The audience played their part too, clad in an array of Star Wars t-shirts, dresses and suits.

Inside Plenary Hall the orchestra sat tuning their instruments in front of a cinema screen flanked by long banner banners. The banners had the symbols of the Galactic Empire on stage left and the Rebel Alliance on stage right demanding of the audience ‘Who’s side are you on?’. 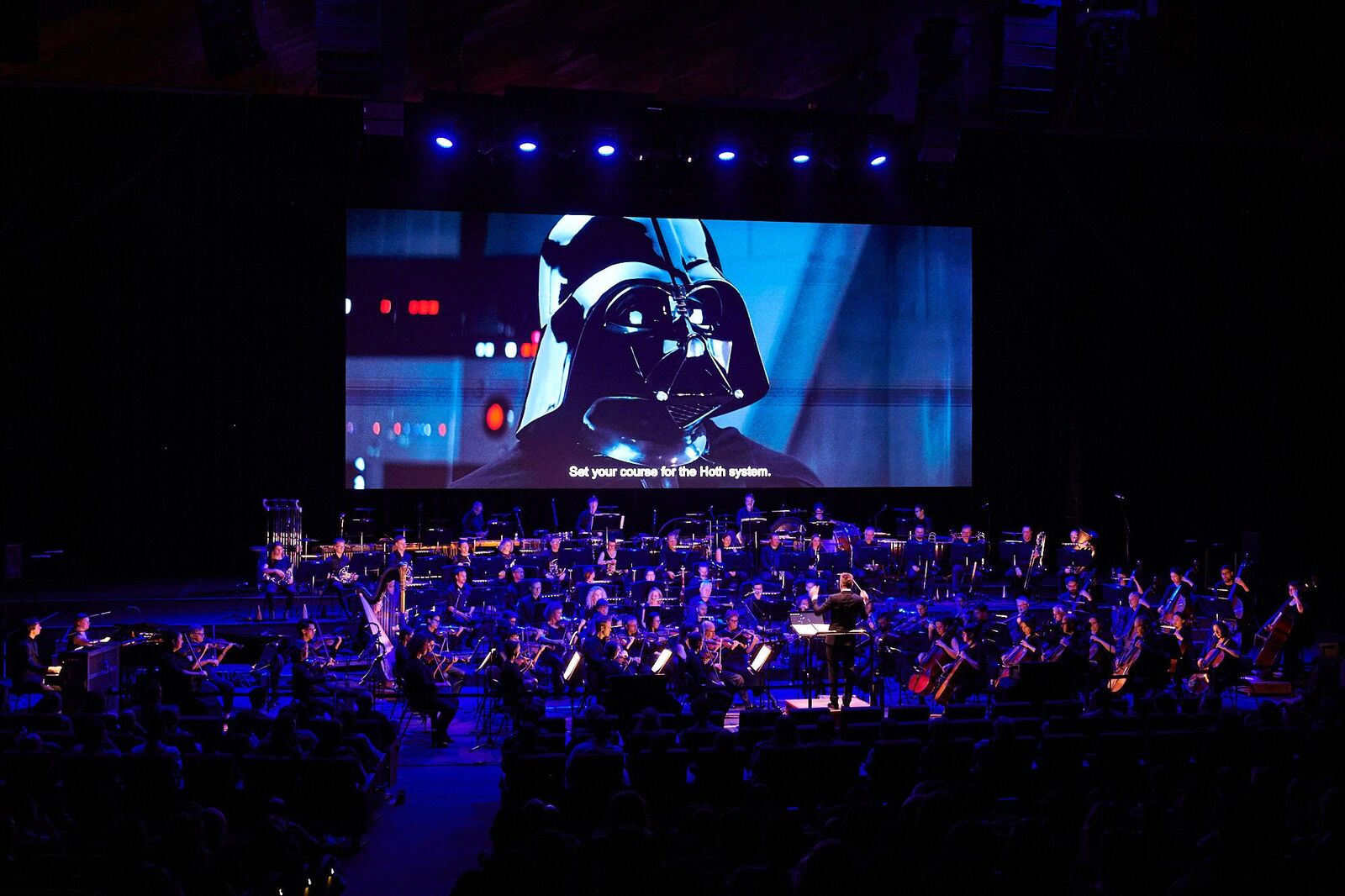 Conductor Nicholas Buc entered escorted by Storm Troopers and the orchestra belted out the familiar restrains of the 20th Century Fox theme, provoking giggles from the audience. As the words “A long time ago in a galaxy far, far away” scrolled by, the famous opening bars of John William’s Star Wars Theme played, and the good-natured crowd cheered!

Experiencing this film ‘in Concert’ was phenomenal, the music fresh and alive. The Empire Strikes Back introduces us to the now familiar character of Yoda and the romance between Han and Leia. It is the first time audiences hear the music that accompanies them – ‘Yoda’s Theme’ and ‘Han Solo and the Princess (love theme)’. The famous ‘Imperial March’ also makes its debut. 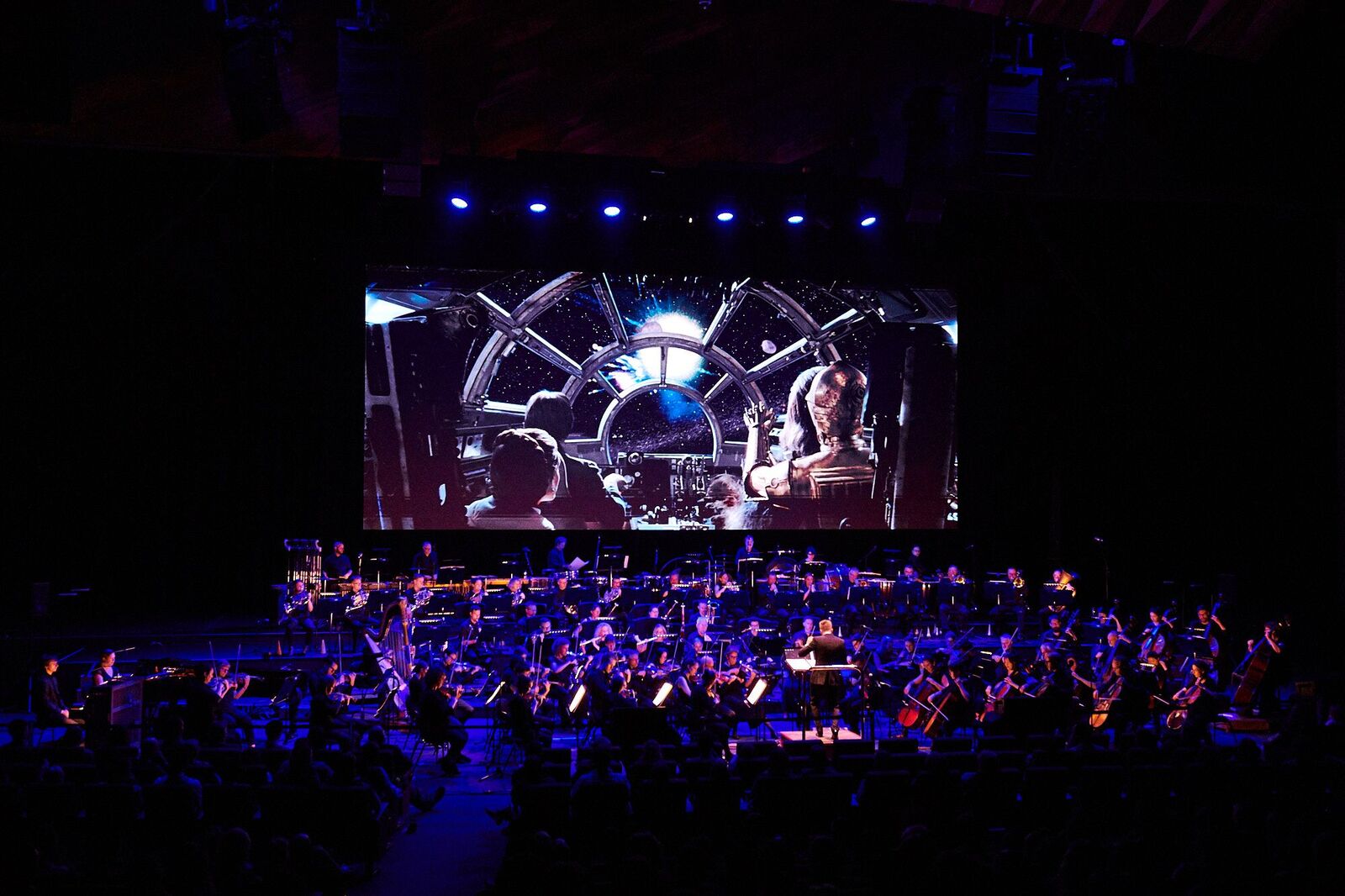 Conductor Buc was good humoured, even employing small glowing lightsabers as conducting batons for a time. The audience was also up for a bit of fun, clapping when epic plot points unfolded. It is amazing that this ever-popular classic continues to be played and re-invented. I hope MSO and Return of the Jedi doesn’t feel too far, far away!

Duncan was the most illegible bachelor in town, but times have changed, although he is still a purveyor of Melbourne’s surprising, quirky, and cultural events.

Cara has long hair, long legs, and a long association with all things arty, crafty, colourful and fun!

Disclosure: The Plus Ones were invited guests of Melbourne Symphony Orchestra

The Pleasure Garden is a Wonderland of Delights