I’m sure you would agree that we are lucky to live in Australia. With the world’s major stages being empty for over a year, the Australian Theatre scene is bouncing back with an energetic revival. While most theatre companies are staging the big American ticket-selling musicals, Yellow Line Productions, an Australian company has premiered Bakery Hill – An Australian Rebellion, an original Australian Story created by Australian playwrights. With Frozen and the newly opened Hamilton competing for the limelight, Bakery Hill is a refreshing and timely reminder that Australia has its own incredible stories of rebellion. 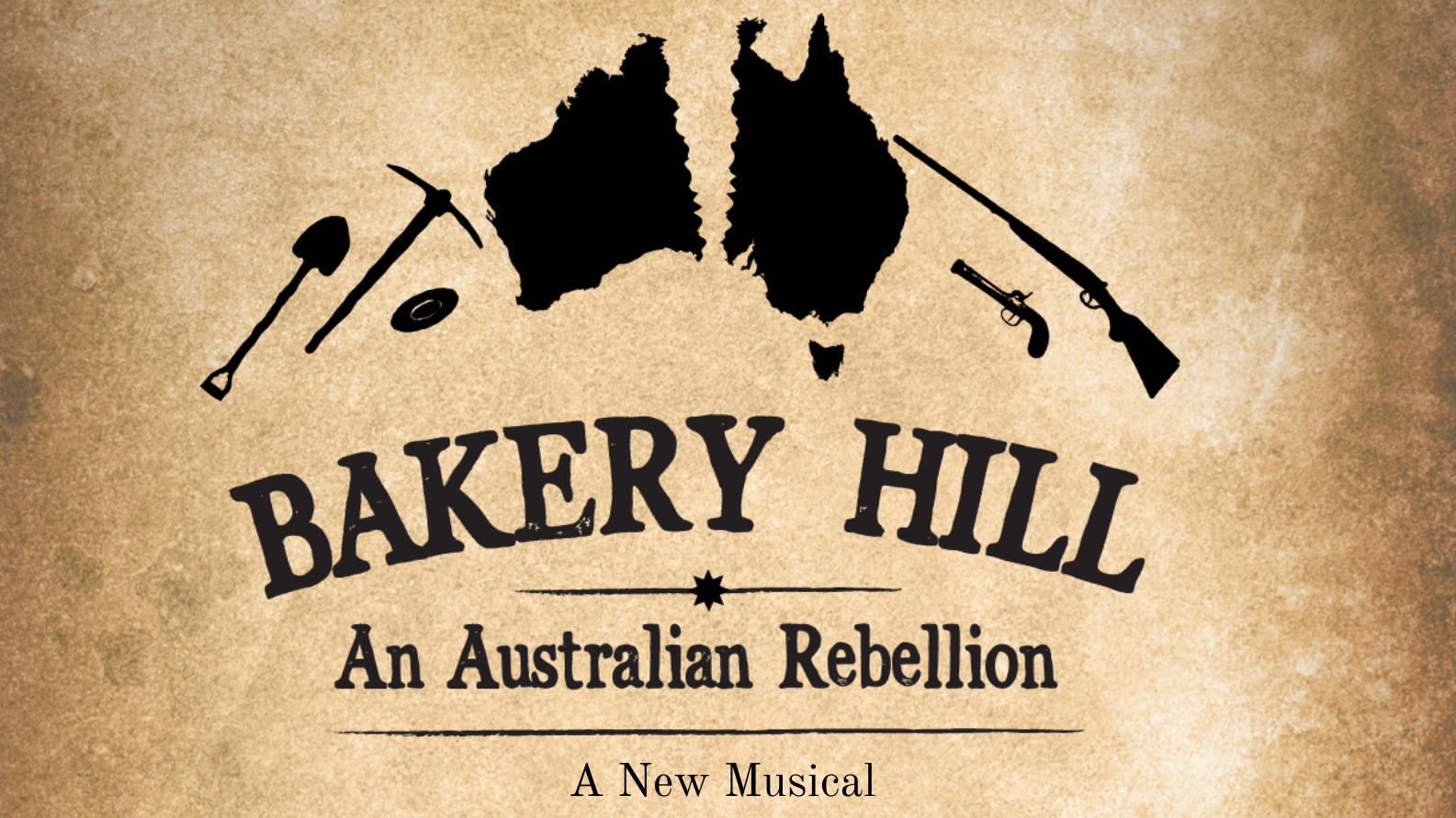 For those who aren’t familiar with the tale of the Eureka Stockade, Bakery Hill: An Australian Rebellion takes you back to rural Victoria in 1854. The Goldrush is at the height of its popularity and a tidal wave of humanity from every creed, class and country has been swept up and washed up on the shores of this strange and distant land.

The Government struggles to maintain control and order but as thousands of hopeful men and women abandon essential posts and positions, the strain and turmoil of gold fever threatens to bring the new and fragile colony to its knees.

The musical follows young, Australian-born digger William Quinlan (played by Matteo Persechino) who arrives on the Victorian Goldfields full of hope and promise. Through the mentorship of Henry ‘Charles’ Ross (played by James Tredinnick), Quinlan enters a world more complicated and dangerous than he could ever have imagined. Caught in an ever-escalating conflict between oppressive government forces of Governor Charles Hotham (played by David Ellis) and his reluctant henchman, Commissioner Robert Rede (played by Levi Burrows) and revolutionary ideologies, Quinlan along with so many others learn the real cost of gold and the true value of freedom. 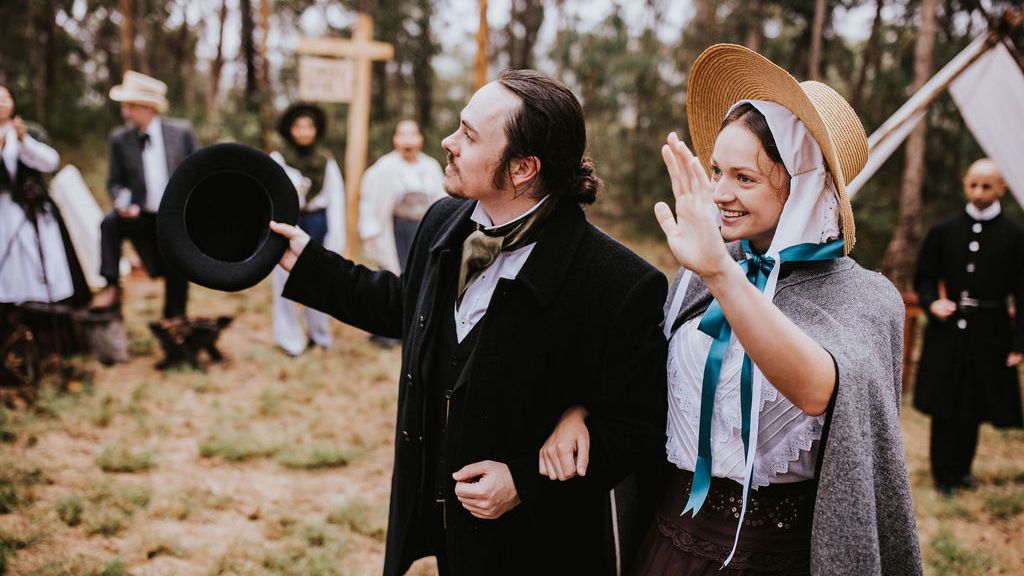 Persechino and Tredinnick both portray their characters with integrity and expertly guide the narrative throughout the show. Ellis and Burrows also give compelling performances as the villainous influence in the story. However, it is the ground-breaking portrayals of Bridget Callinan (played by Jordan Stam) and Clare Quinlan (played by Michelle O’Reilly) that really steal the show. Stam and O’Reilly cement themselves as outstanding actors through the subtle yet heartbreaking raw emotional performances that they both deliver. Brava to you both!

Bakery Hill – An Australian Rebellion, just like the Australia of 1854, is rough around the edges but full of promise. The dialogue is kept quite minimal allowing the songs to take centre stage. This means that, at times, the central plot gets lost in the assumed context of smaller character subplots (reading the character bios in the program cleared up lots of questions). There is almost a Les Misérables quality to the flow of the show with big company songs Eureka Bound and Our Time really portraying the dreams of the diggers for a brighter future. The standout song for me was definitely We Would Be Heroes, which unpacks Quinlan and Ross’ hope for the stockade and their future (I’m still humming the chorus). 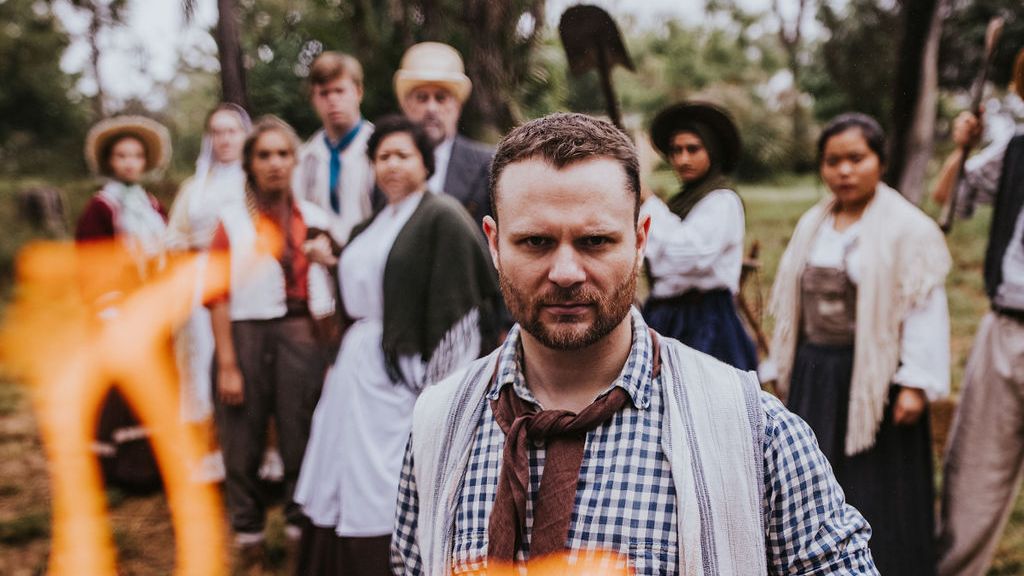 Staging a new musical in 10 weeks is no mean feat. Apart from a few distracting moments, the Director, Benjamin Roorda, has cleverly staged this show to embrace the simplicity of colonial Australia while drawing out each character. Choreographer (Linda Aubrect) and Costume Designer (Elizabeth Elwell-Cook) are mostly on point with only a few historically inaccurate creative choices. Lindsay Kaul (Musical Director) and his reduced orchestra make light work of this score.

Now is the time for an Australia Theatrical Rebellion and Bakery Hill is leading the charge. Get your ticket to this extremely limited season and be a part of the new face of Australian Theatre.

Bakery Hill: An Australian Rebellion is now at the Bryan Brown Theatre until 17 April. It runs for two hours with a 15 min interval. Grab your tickets and join the revolution at the Eureka Stockade.

Disclosure: The Plus Ones were invited guests of Yellow Line Productions.
Image credit: Neaton Photography & Film.

Dumpling Masterclass at The Gardens by Lotus