In the 25th year that RENT has graced the world stages, this redefined and reinvigorated RENT, produced by LPD Productions and Sugary Rum Productions and staged at the Sydney Opera House, is the breath of fresh air we need to start 2021. 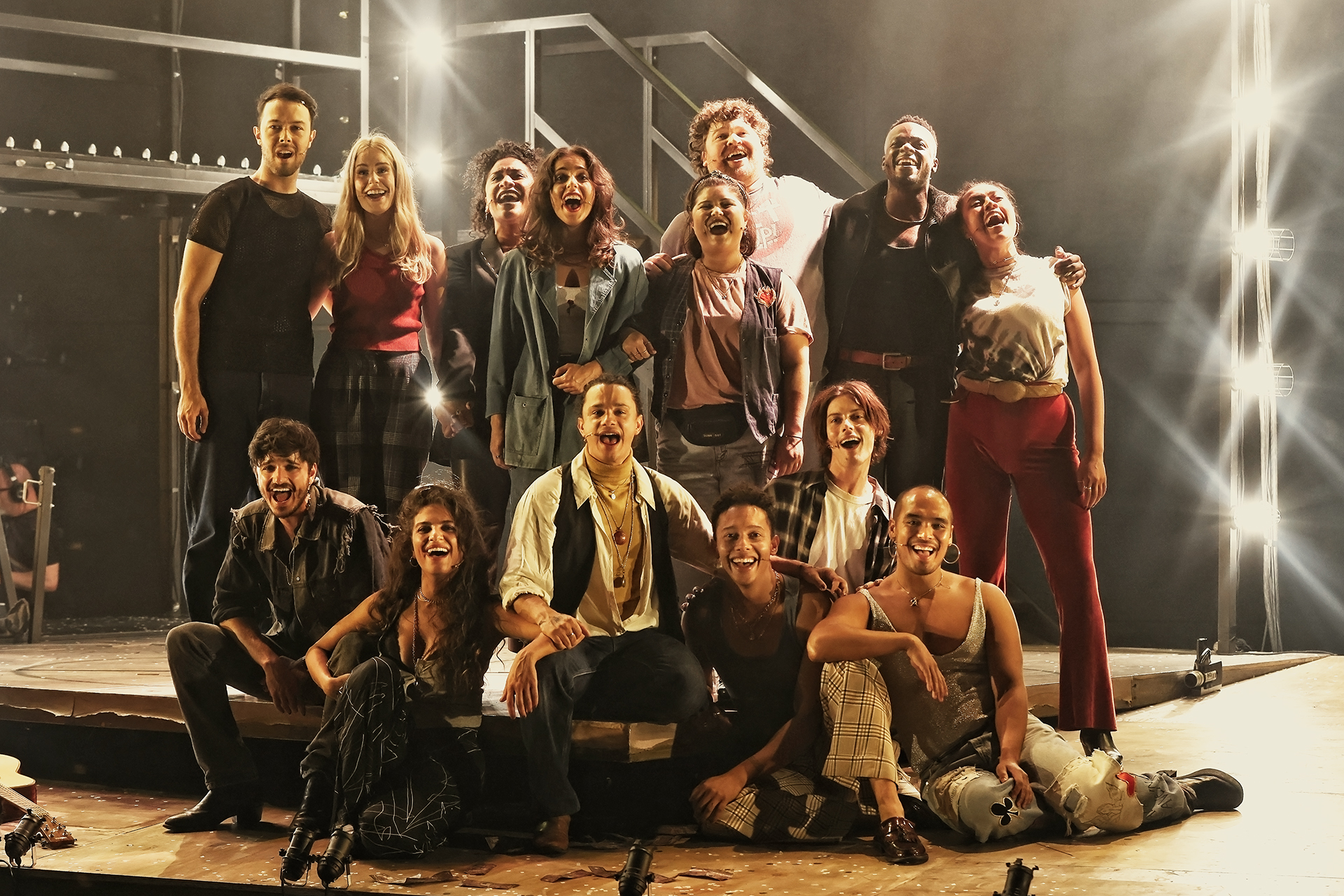 The irony of staging a musical about a pandemic within a pandemic does not escape me. It could have been just another tired retelling of Jonathan Larson’s take on Puccini’s La Boheme, but it is nothing short of a high-energy, high impact show that will have you laughing, crying and completely encapsulated in warm fuzzies.

For those unfamiliar with this show, RENT follows a set of vagabond artists struggling through a year of their lives in early 90s New York City. This show explores themes of homelessness, addiction, sexuality, displacement, and of course, love with a sensitivity unrivalled in other shows.

I have been trying to work out an elegant way of saying this, but this cast is PHENOMENAL. The depth of character, emotional maturity and fun the performers had on stage made this show addictive and electric rarely seen on stage. 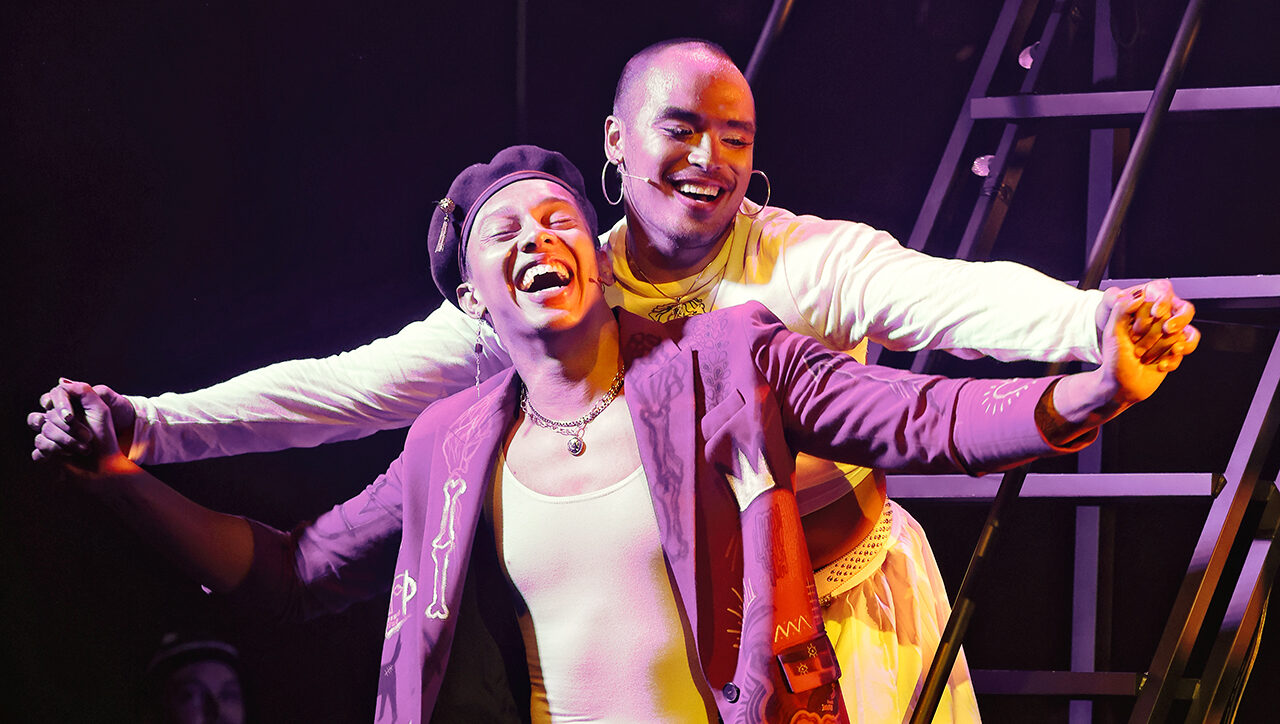 Masterfully narrated and lead by Mat Verevis (Mark), each “character couple” masterfully weaves their story into the main narrative. Callum Francis and Seann Miley Moore (Collins and Angel) fall in love before our eyes and the power and blend of their voices receives raucous applause. Mia Morrissey and Robert Tripolino (Mimi and Roger), tear at your heartstrings as you watch the tumultuous nature of their relationship unfold. Last but definitely not least, the lesbian power couple of Elenoa Rokobaro and Monique Sallé (Joanne and Maureen) use their ridiculously formidable vocals to tear each other apart in a jealous rage.

It is natural for a show to have incredible leads, but one of the strengths of this show is also the stunning ensemble. Each of the supporting actors represents multiple characters and through their talents, builds a performance worthy of global stages. I must mention Henry Brett and Marissa Saroca for their contributions to the show (I don’t want to spoil anything for you but just WOW!!!). 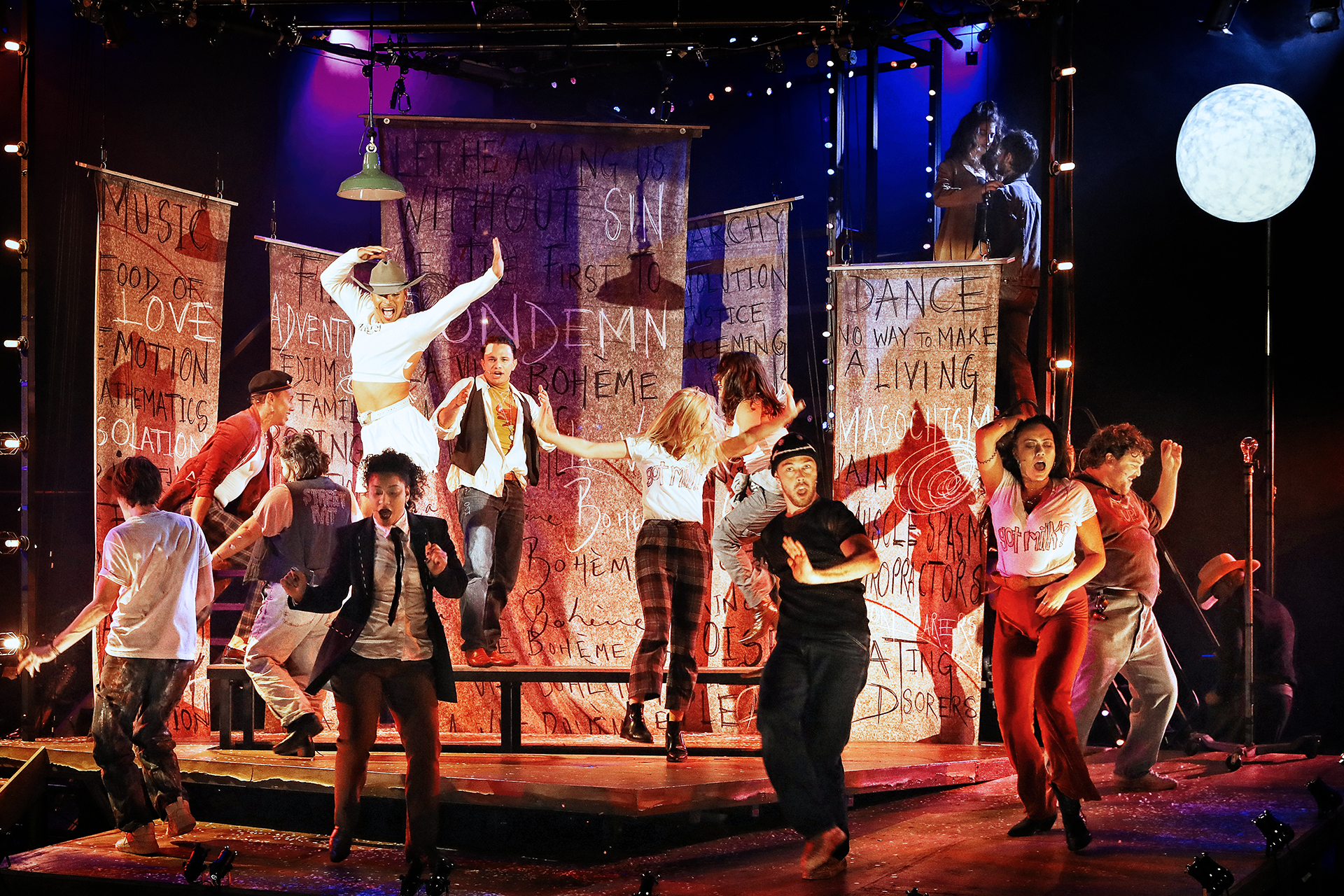 Underlying all this incredible talent is the creative vision of Shaun Rennie (Director), Andrew Worboys (Musical Director) and the rest of the creative team. It was thrilling to see Australian creatives being allowed to use their creative process when usually we get cookie-cutter shows from Broadway and West End. These creatives allowed the cast to play to their strengths and revive a story which many would say is tiresome. Don’t get me wrong, you still get all the parts of RENT that you have fallen in love with, but this reimagined version that unfolds on stage is nothing short of impressive.

It is no exaggeration that this show belongs on Broadway. The major players in theatre need to note how genuinely imaginative theatre is done and further elevate this cast and production to where it belongs!

So stop what you are doing and buy a ticket to see RENT because it’s the best investment in theatre you will have made for a long time.

RENT is now at the Sydney Opera House until 31 January. It runs for 2 hours 20 minutes including interval. So mask up and grab your tickets today.

For those of you on the Central Coast, RENT will also play the Art House in February.

Disclosure: The Plus Ones were invited guests of the Sydney Opera House.
Image credit: Prudence Upton.

Wines to tickle your tastebuds during the Festive Season

The Merry Widow welcomes you back to the Opera.