After an uncomfortably tranquil year for opera (if you don’t include the singing from balconies), Opera Australia has kindly eased us back into the Joan Sutherland Theatre, Sydney Opera House with their light-hearted production of Lehár’s The Merry Widow. 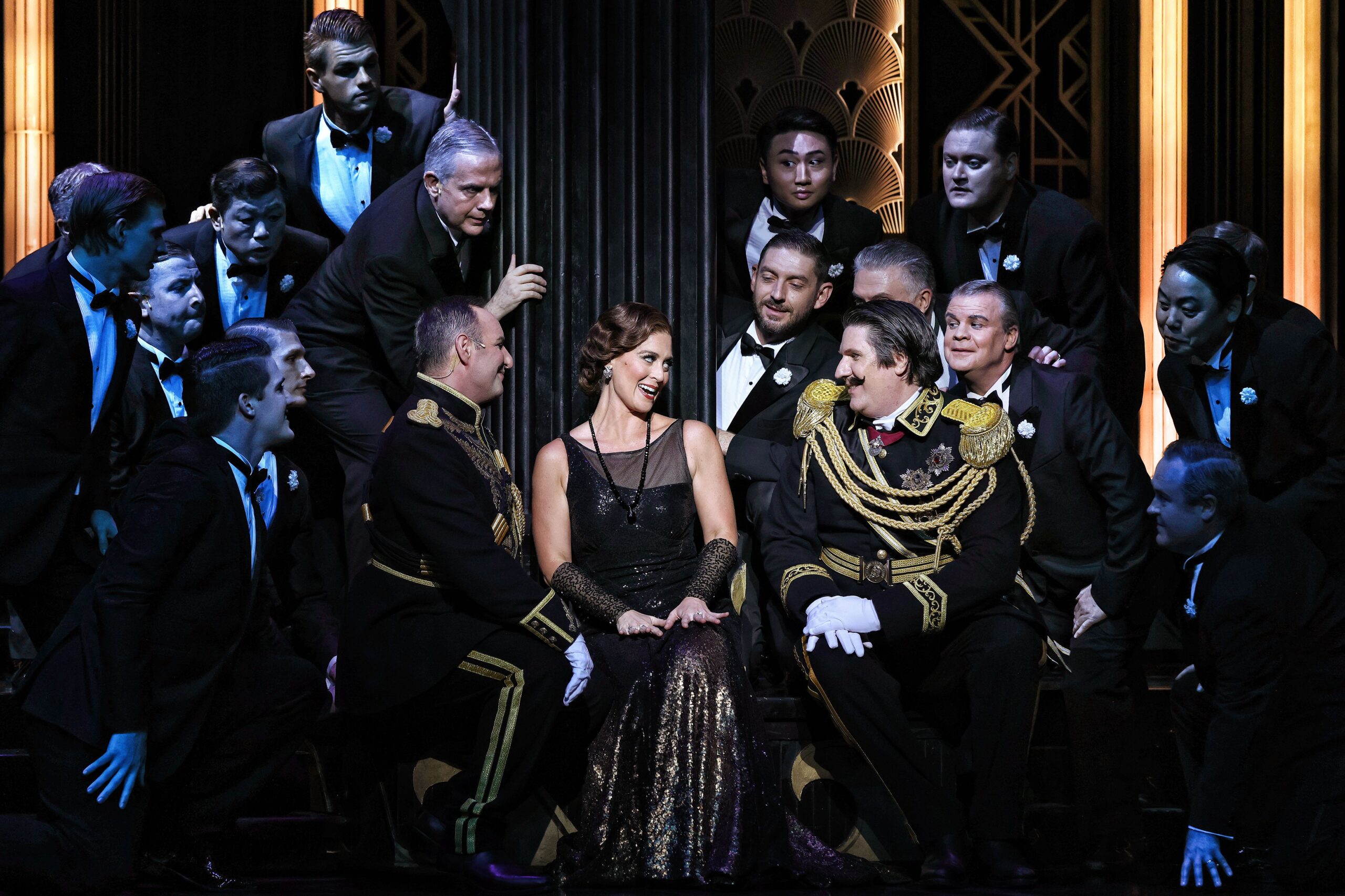 Set in the fictional Embassy of Pontevedro in Paris, The Merry Widow is about a country trying to stay above financial ruin by meddling in affairs of the heart. As the title suggests, it all centres around the fortunes of a widow, Hanna Glavari. As with most operettas, the plot contains smaller side stories of debauchery, extramarital affairs, sexual confusion, lies and trickery topped off with a good smattering of song and dance.

Having seen Julie Lea Goodwin in other productions, she, in the role of Hanna Glavari, again cements herself as more than just an opera singer. Her superb comedic timing and dance ability elevate the character into the metaphorical and literal spotlight time and time again.

As Danilo Danilovich (First Secretary of the Pontevedrin Embassy), Alexander Lewis is perfectly cast as the brooding yet infatuated former love interest. I’m not sure whether he learnt for the show or had prior dance experience, but it was lovely to see a real waltz rather than the awkward spinning experience of other productions. 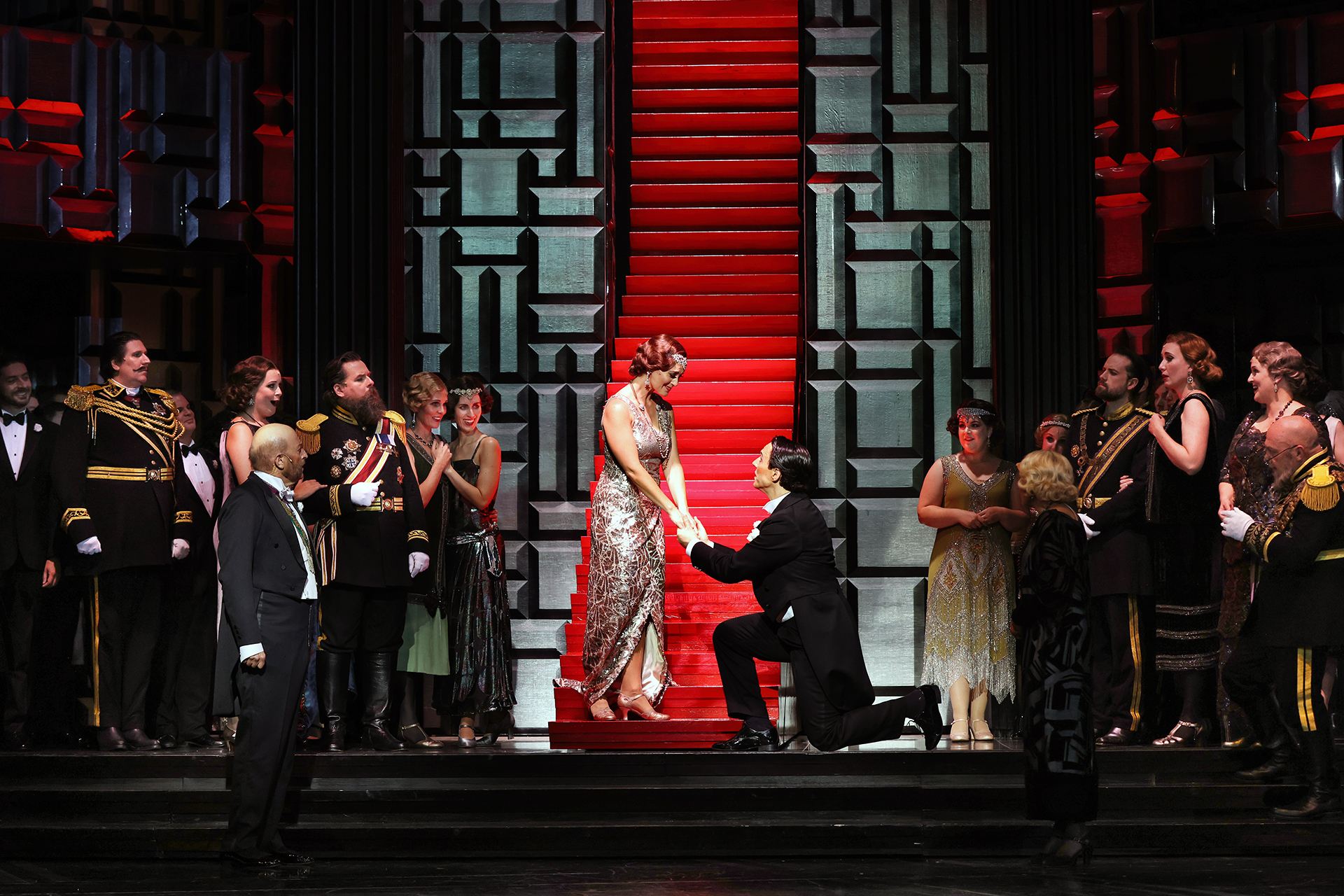 In fact, the whole principal cast supported each other with humorous moments and steadfast vocals as you would expect from a national opera company. I must make special mention of Benjamin Rasheed, as Njegus (the Embassy Secretary and keeper of the secrets), who’s deadpan delivery of humourous quips had me embarrassingly loudly guffawing several times.

The wonderful thing about operettas is that they tend to sit outside the bounds of time. The artistic team from Opera Australia cleverly took advantage of this and set it in the glamorous 1920s. While the choreography didn’t quite suit the time period, the striking art deco sets (set by Michael Scott-Mitchell) combined with the opulent flapper fashion (costumes by Jennifer Irwin) really created a ‘Great Gatsby-esque’ experience for the audience. 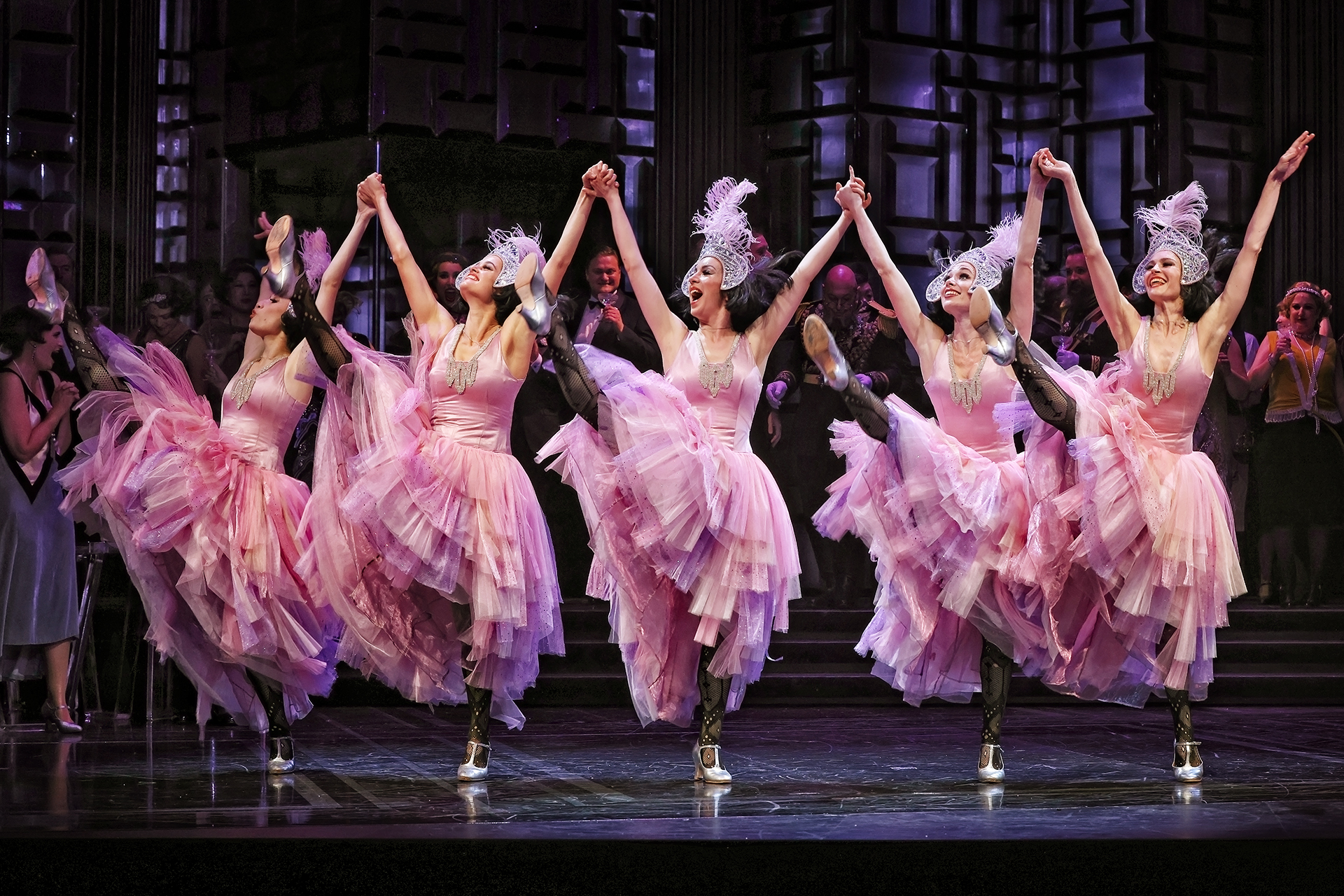 If you have always wanted to explore opera but have been worried about starting, then The Merry Widow is the show for you. With non-traditional elements of opera, like can cans and double entendres (listen out for Vilja dragging a man into her love cave in the woods), this English translated version will be a great first experience for all.

The Merry Widow is now at the Sydney Opera House until 16 January. It runs for 2 hours 55 minutes including two interval. Rediscover Opera today!

Disclosure: The Plus Ones were invited guests of Opera Australia.
Image credit: Prudence Upton.

A magical time at the Sydney Opera House