La Bohème is back! In a revival of one of Opera Australia’s most popular productions, with some of its’ biggest stars returning to their acclaimed roles, it is sure to be a hit once again.

The story of La Bohème has inspired several famous stage and film adaptations, including Rent and Moulin Rouge. It is a classic tale of youth and romantic idealism, of love and mateship. The invincibility and infinite possibility of that all too short period in between gaining independence for the first time and the harsh reality of responsibility hitting is universally relatable, making La Bohème transcend era and generation to be ever relevant.

Four friends — a poet, a painter, a philosopher and a musician — with heads full of dreams and pockets full of nothing, live together in a near unfurnished inner city apartment. Cold and hungry, they value art over work, their romantic concept of a passionate love over the complexities of a real relationship, and their freedom more than anything. 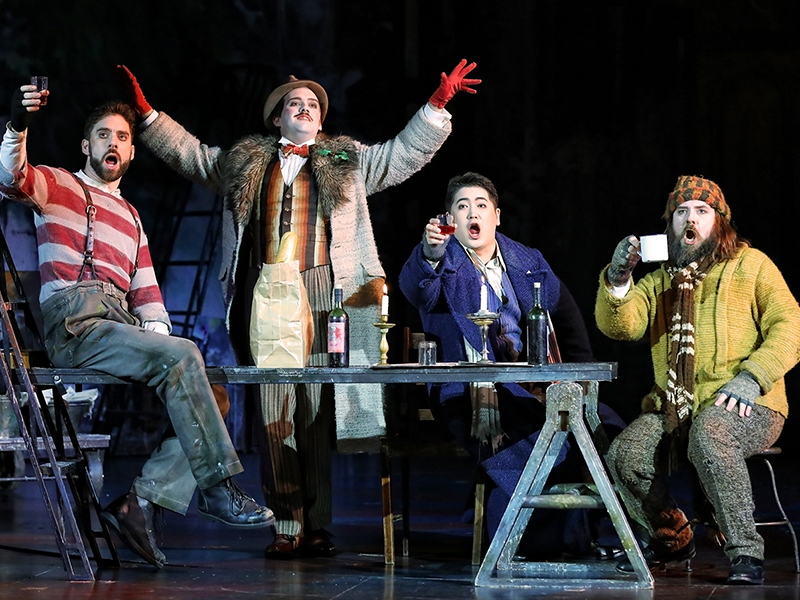 The first half of the opera is all fun and romance, with the friends and lovers enjoying their innocent idealism. The audience smiles throughout, especially during the famously flirty ‘Musetta’s Waltz’, and relishes the exquisite beauty of Mimì and Rodolfo’s duet. In the second half, the bond between the four friends and the two pairs of lovers is authentically drawn and results in a genuinely moving final scene. As the friends all make personal sacrifices, endeavouring to make the dying Mimì as comfortable as possible, the actors’ engagement with the emotion of the scene enables the audience to feel the full weight of her tragic loss. 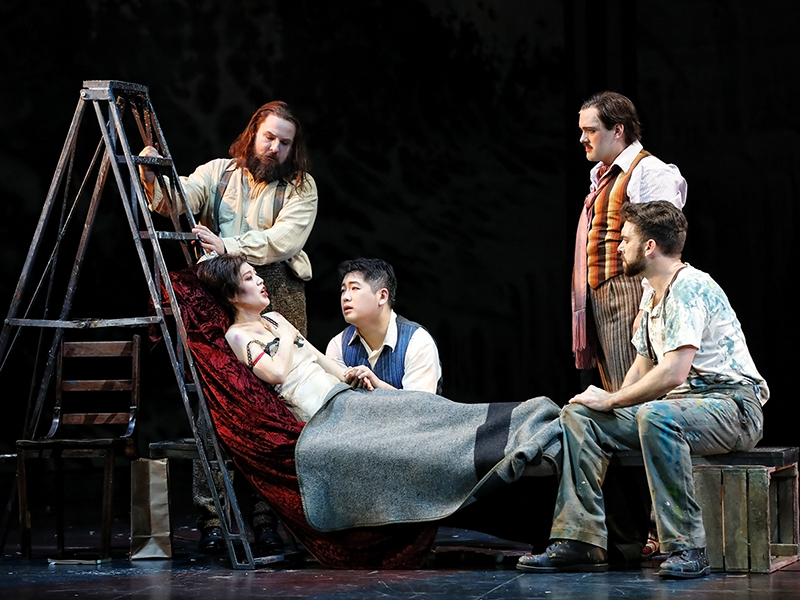 Orignally, Puccini set his opera in 1830s Paris, which was the hotspot of free love and artistic interchange for bohemians from around the world. In 2011 Director Gale Edwards successfully relocated the drama to 1930s Berlin, which proved to be a stroke of genius, received well by audiences and critics alike and revived multiple times since. The current revival by Liesel Badorrek works just as well. 1830s Paris and 1930s Berlin were parallel worlds of glitz and glam with seamy underbellies. Both were times of excess and privation. Both were volatile political landscapes and breeding grounds of art and philosophy. The translation works brilliantly without creating discord with the plot. 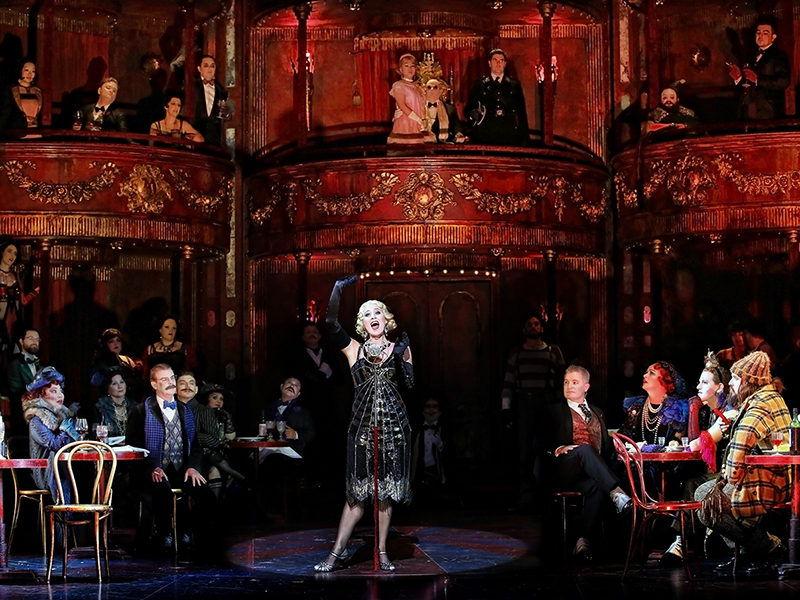 The set design by Brian Thompson and costuming by Julie Lynch are at times magnificent, opulent and sumptuous. The revolving balconies, glittering fairy lights, velvet, fringes and fishnets conjure up a hedonistic world of the desire of the eye and the flesh. This is sharply contrasted with much barer styling for the sorrowful, harrowing scenes of poverty, homelessness, sickness and death. This juxtaposition highlights one of the themes of La Bohème – passion and pleasure are no match for harsh, bitter reality.

Puccini’s broad, sweeping, long-limbed melodies lend greatness to the stories of these ordinary people. The score soars with the ecstasy of love, crackles with the pain of jealousy and cries with the agony of loss, capturing the emotions for which there simply are no words. Conductor Carlo Goldstein was one of the most entertaining parts of the opening night show. It is always a pleasure to watch a conductor deeply involved in the music, but it is rare to see one sing along, knowing every word.

On opening night Kang Wang gave a standout performance in the lead male role of the poet Rodolfo. His strong vocals evoke tenderness, depth and passion. Wang will be sharing the role of Rodolfo with Ji-Min Park on alternating nights. Karah Son’s Mimì has all the look but none of the sound of consumption. She sings with intense, expressive emotion and a full, rich, rounded tone. Son will be sharing the role of Mimì with Valeria Sepe. 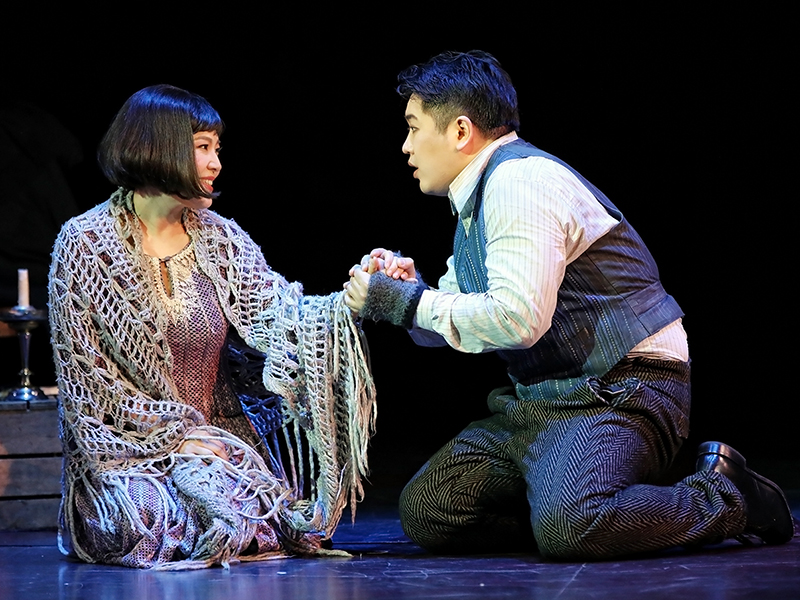 Australian soprano Julie Lea Goodwin and baritone Samuel Dundas are perfectly paired and exude their same electric chemistry from previous seasons in the roles of the bickering on-again, off-again lovers Musetta and Marcello. Their stormy and lusty interactions are perfectly believable and engaging. Goodwin delivers a titillating and comical performance of the most famous song from the opera in the most entertaining scene. She bursts with personality throughout and manages the mood modulations of her character well, from saucy minx, to defiant aggressor, to compassionate and generous angel. Her vocals, as her acting, are bright, thrilling and yet composed. Dundas’ masculine baritone makes for a forceful, assertive Marcello and a magnetic complement for Goodwin. They will stay in their roles for all performances. 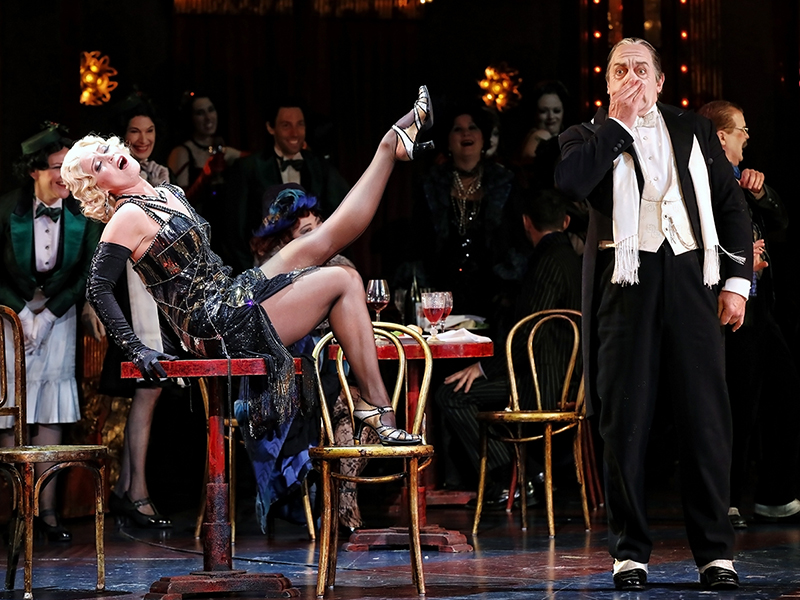 Equal parts romance, comedy and tragedy, both lightly entertaining and deeply moving, this production of one of the world’s best loved operas has it all.

How To Add Value To Your Home