Sydney is a global destination for most things but Sydney for New Years Eve is special. The iconic harbour, spectacular fireworks and generally balmy weather combine to transform the city into a veritable wonderland.

Where better then, than to celebrate the occasion of another trip around the sun than in an actual wonderland, Luna Park Sydney, for its annual Harbour Party NYE celebration. The event organisers do their best to turn the venue into an adult playground that will have you saying/screaming, “this is amazing” at your friends on at least several occasions over the course of the night.

As myself and a crew from Melbourne hopped off the train at Milsons Point we were suitably impressed at event’s organisation. We were also quietly singing the praises of the its 18+ atmosphere as the families and screaming children veered off into nearby reserves. The event starts nice and early, 6:30pm and we absolutely recommend you arrive for the start. You have the wonderland to yourself and you can hop on rides in a jiffy (we rarely waited more than five minutes). 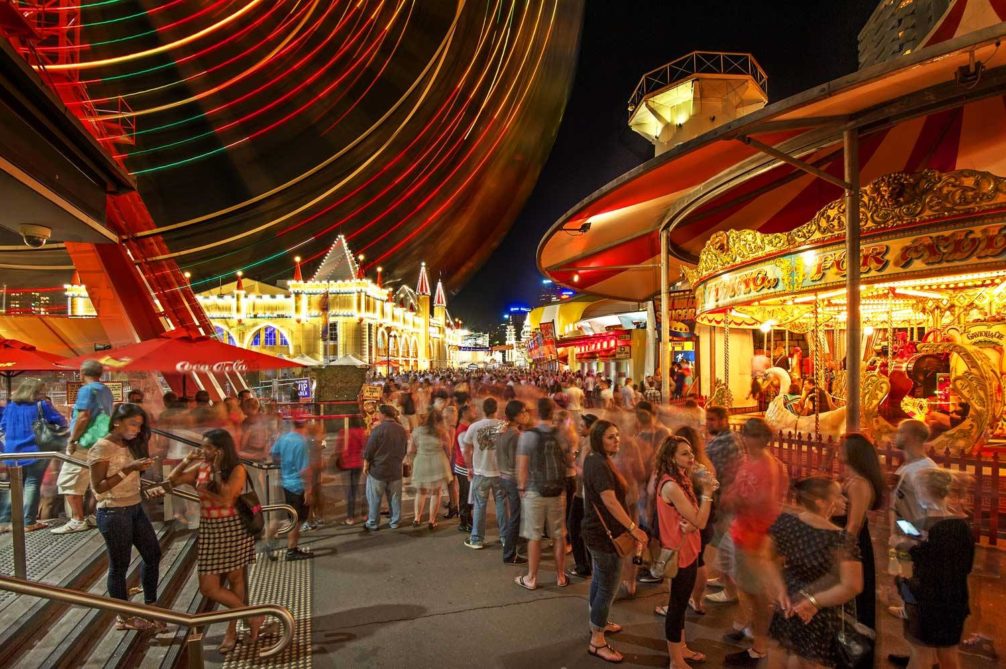 The grounds are setup in a gorgeous festival atmosphere. Multiple bars and sections ensure that wherever you venture you’re always close to some form of entertainment. Whether it be dancing mascots who imbue the cheer or fellow festival goers equally chuffed at having the chance to celebrate in this venue on this day the vibe is electric. Roller coasters, big drops, spinning saucers, dodge ’em cars and the loopy fun of Coney Island. 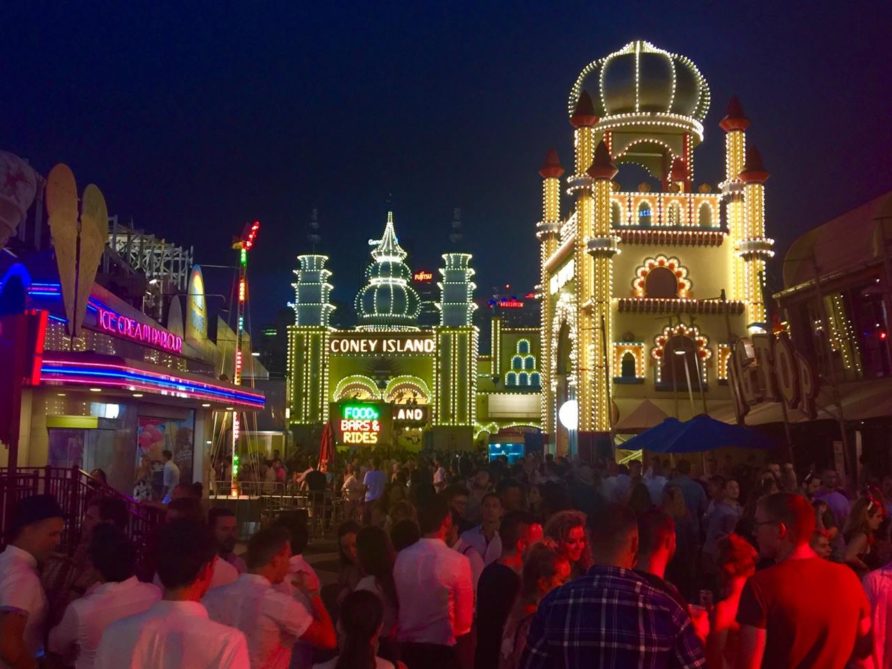 After all of this you almost forget the fireworks but the big event quickly approached and we nestled ourselves into some premium views of the harbour. The fireworks, as always, were impressive.

We should have been exhausted but we weren’t! We had just discovered the inside music area where Hot Dub Time Machine was about to start his wares. It was the perfect post-fireworks party and we kicked on until around 2:30am. The venue was still pumping right until the final hit. This, for mine, is evidence enough that Harbour Party NYE was a roaring success.

Rukmal
Co-founder of The Plus Ones, Rukmal lives and breathes events

Disclosure: The Plus Ones were invited guests of Luna Park Sydney