Papua New Guinea is Australia’s nearest neighbour, but most Aussies have never visited. Papua New Guinea Tourism aimed to raise awareness and interest in this magnificent country, hosting a dinner celebrating the diversity of its highland regions.

The Plus Ones were ecstatic to receive an invite this special evening, highlighting PNG’s highland and inland regions — and causing all the attendees to immediately want to travel there. 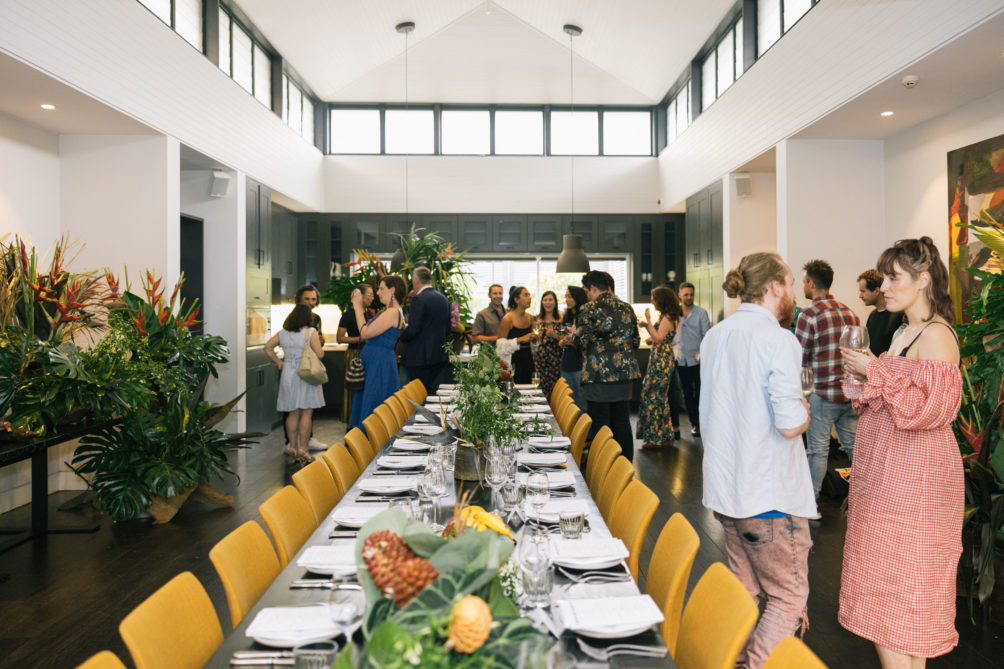 Hosted at The Apartment, Hotel Centennial, the upstairs room was bedecked in lush tropical foliage. Everywhere we looked there were soaring palm leaves, unusual flowers, and an assortment of jungle fruits — all reminiscent of the incredible lush bounty found throughout PNG.

The mainlands of Papua New Guinea and Australia are only 150 kilometres apart — with the closest inhabited Australian island, Boigu, a mere six kilometres from PNG’s shores. With such proximity, you’d think Australians would think more often about their nearest neighbour. That said, this American has found that the more you bring up PNG, the more Australians mention they have a personal connection with the country. At the dinner alone, my +1 has half-Papuan cousins; another guest’s father often surfs there; and someone else’s partner had recently done the Kokoda Track. 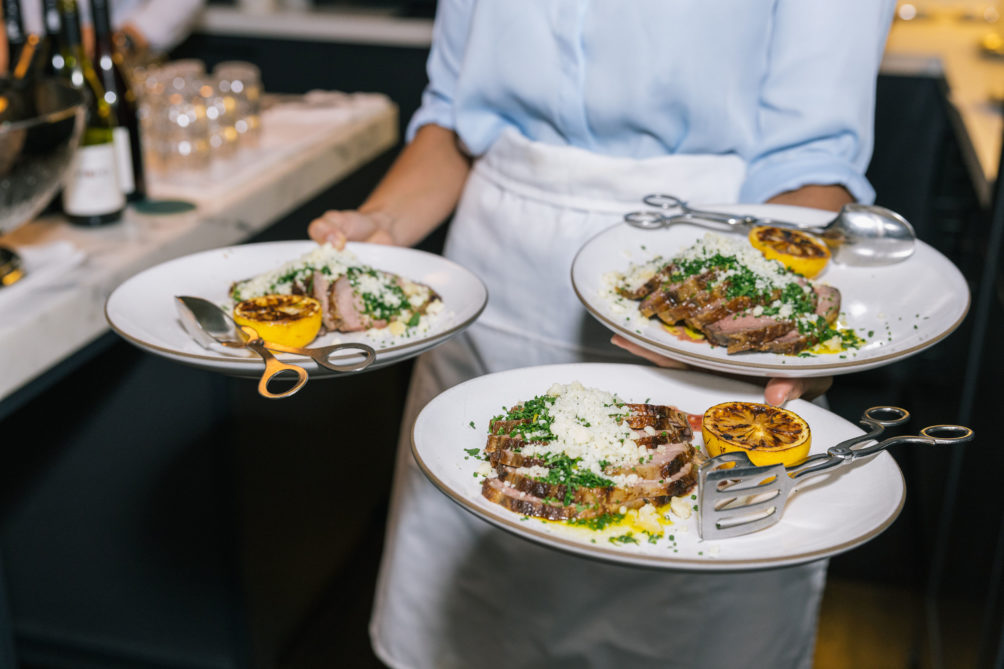 Yet Papua remains a bit of a mystery — so all the more reason for the team at Papua New Guinea Tourism to want to raise its profile. It turns out that PNG is one of most culturally diverse countries in the world, home to more than 700 ethnic groups. Thanks to many remote valleys, there are over 800 different languages spoken in the country — a mind-boggling number.

With such a vast and diverse country, how best to learn about it? We got a magnificent glimpse into PNG with a video from Tourism Papua New Guinea (along with a round of applause and speech from members of the organisation, who’d traveled for the event). Next up: travel writers and photographers Jeremy Drake and Michael Wayne. Both spoke eloquently about their experiences in the country, and had us salivating over the chance to go — and the food. 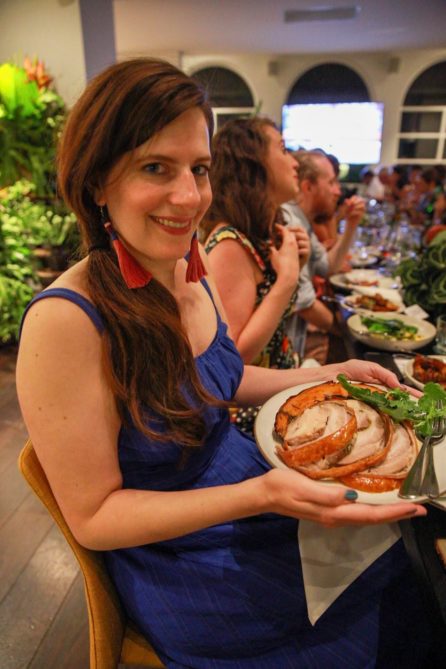 We were promised a taste of the highlands and inlands, and the team didn’t disappoint. Entrees of artichoke salad, figs, pecorino; cured ham, white asparagus, almonds wheted our appetites. The shared mains of veal rack on gremolata and polenta with peas, pistachios, and pecorino (say that five times fast). The showstopper was a take on the traditional ‘mumu’. A mumu is a whole pig and vegetables roasted in a ground cover over hot coals, then buried for hours so it can cook. It was as delicious as it sounds — and looks in the photo. 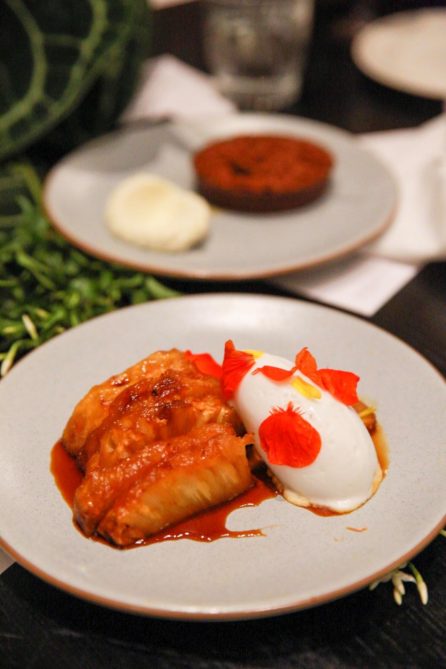 Dessert was spectacular: a choice between wood oven-roasted rum pineapple paired with coconut ice cream, or a Queen Emma chocolate tart paired with Chantilly cream. Of course, we all had to have a little (okay, a lot) of both.

Before dessert, we got to hear from Vic Lynch, founder of Kwila Coffee. An independent small batch roasting company from the Eastern Highlands Province of Papua New Guinea, Kwila also has a cafe in Surry Hills. I’ll definitely be checking out their coffee bar and roastery. Guests were treated to espresso martinis or hot coffees at the end of the night made with Kwila’s beans. 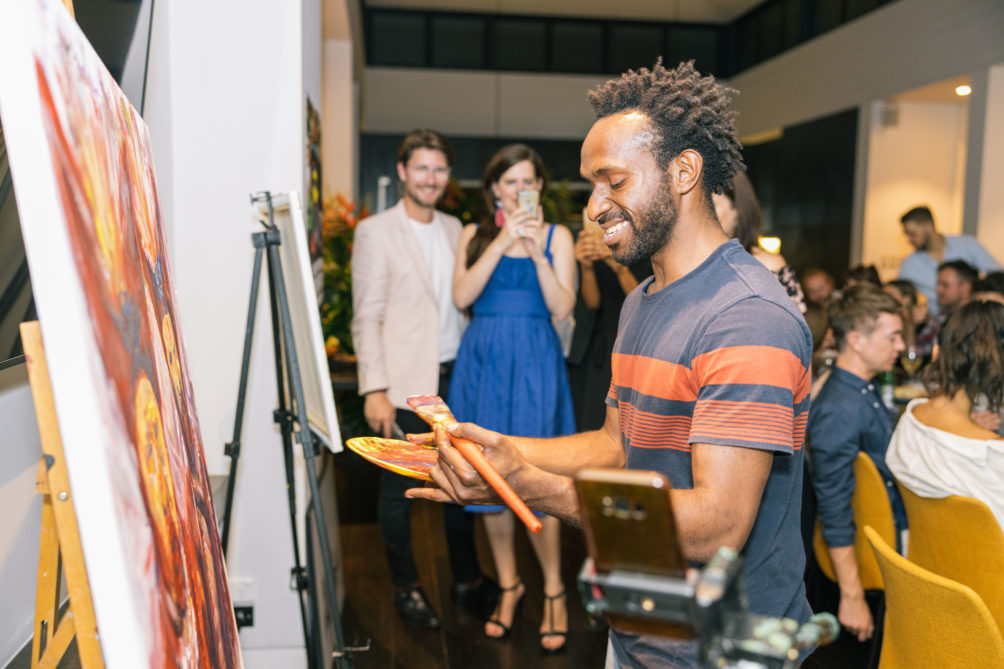 Throughout the evening, we were treated to the scene of a live painting. Talented artist Lesley Wengembo (a student at the National Art School) painted a portrait of two Huli Wigmen. The picture was won by  the NOMADasaurus team, Alesha and Jarryd, along with return flights to Papua New Guinea courtesy of Air Niugini. I can tell you there were a lot of envious people in the room — we all want to fly to PNG now.

The are a million different journeys unique to Papua New Guinea — this dinner was just scraping the surface of all there is to experience. PNG is now very high on my list of must-travel-to locations. Time to put it on the top of yours, too.

– Theresa
Co-founder of The Plus Ones, Theresa enjoys travelling more than almost anything in life.

How To Ensure You’re Healthy Enough To Attend An Event