No Agatha Christie play ever falls short, but Towards Zero at Genesian Theatre Company, directed by Pamela Whalan, is a suave theatrical delight.

The first half was given the leisure of time to slowly set the mechanics of plot and character.
The plot is quintessential Christie: Machinations unfold in the seaside holiday house of the mercurial Lady Tressillian (Ros Bilbe) where she lives with her loyal companion Mary Aldin (Amber Wilcox).
The visiting guests make an odd gathering of potential victims, various suspects and a span of motives. The meeting of the milquetoast tennis star Nevile Strange (Nelson Scott) with his current wife and former spouse ignites spikes of jealousy, hatred, rivalry and so much tension. But why?

After much deliberation in the drawing-room, the mystique of whodunnit eventually bubbled to the surface. By the end of the first half, the murder is done making the audience debate many possible schemes and clues as to who it might be – have they succeeded in their quest?

Superintendent Battle (James Sugrue) opened the second half with a pace that accelerates with so much vigor we stayed hooked. A series of investigations takes place, making everyone a potential suspect and bringing in more twists and turns. The sharpness is sustained through the strain of winkling out culprits right to the unexpected denouement.

The literary Queen of Crime already said it back in the day: Superintendent Battle of Towards Zero is her all-time favorite sleuth. Battle presented himself on stage with such vehemence and aplomb making us realize that the finest of actors don’t really act; they bring the steel of their inner core to a role that stems its gravitas from stolidity. 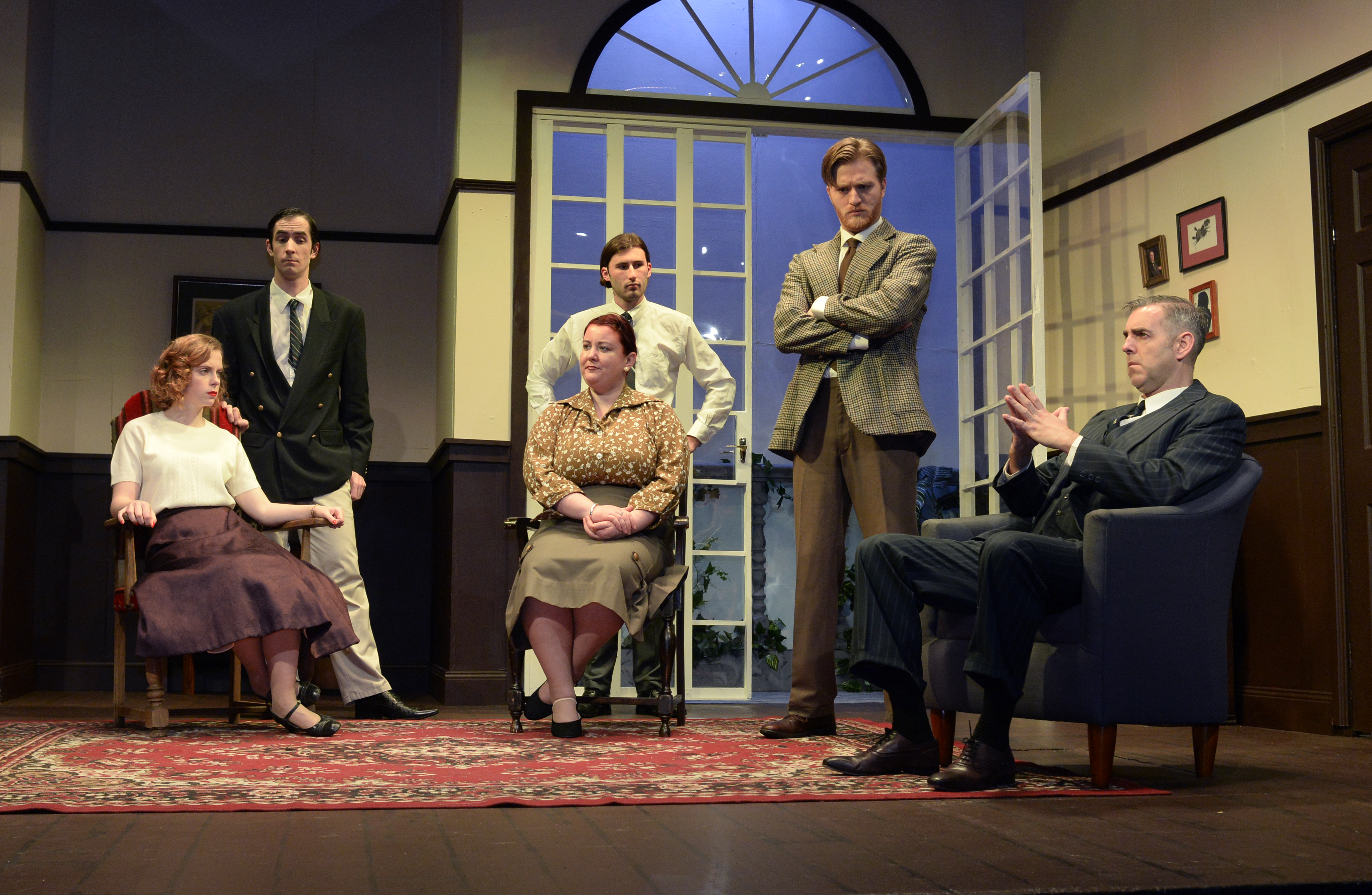 Special applause goes to the compelling naturalism of Nevile’s former spouse Audrey (Molly Haddon) portrayed as the frigid, elegantly placid, near-comatose who floated through the bloody mess like she’s on autopilot mode. This sort of acting requires next level finesse, austerity and calmness which is not easy to master, but Haddon conveyed this to stage with an ethereal presence, making us wonder what could be behind her quiet suffering and containment. 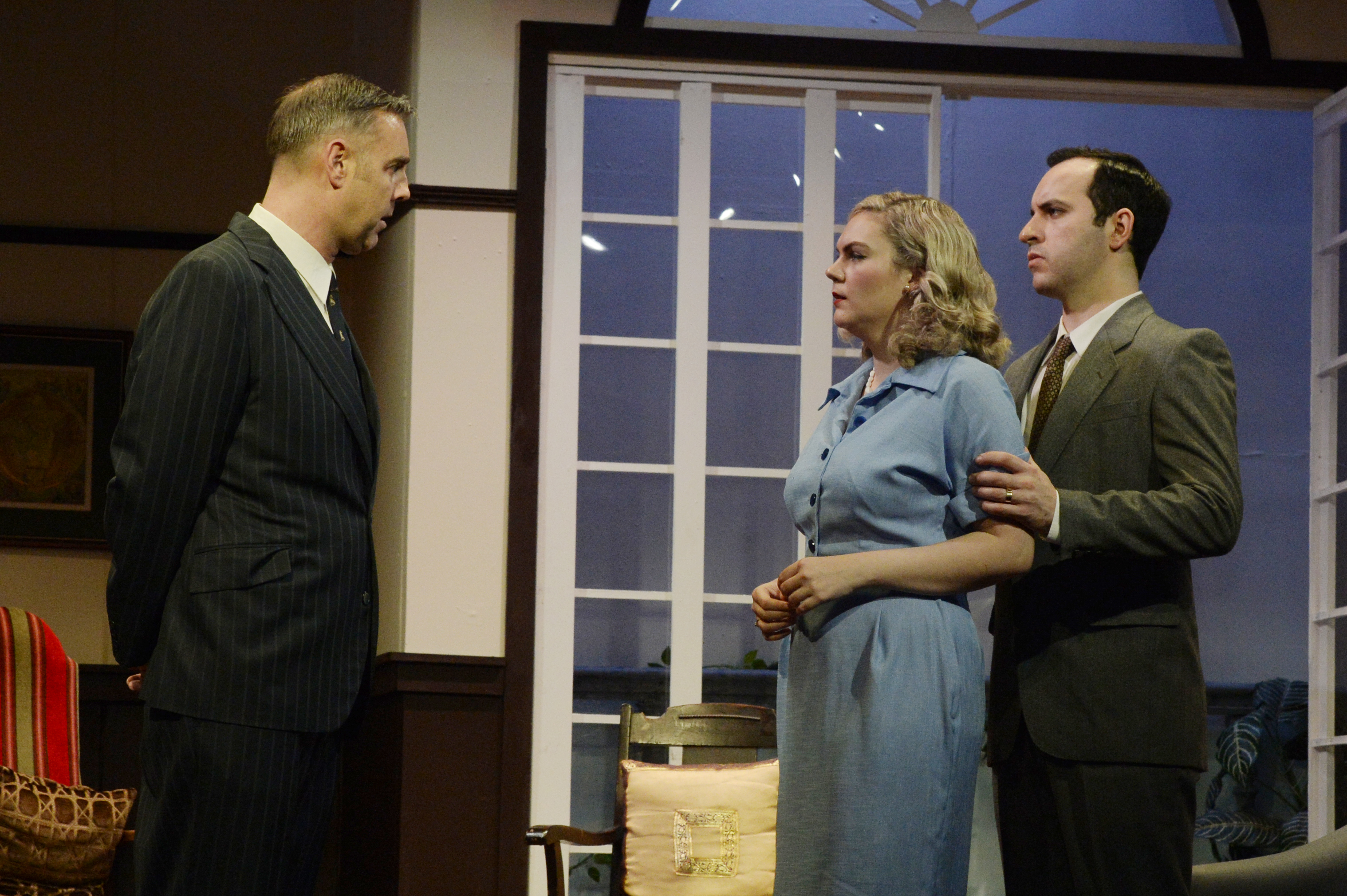 A standout performance comes from Nevile’s current wife Kay (Alannah Robertson) who brought so much vivacity to stage while being embroiled in a stew of her own rancour. Her character truly embodied the cantankerous, fractious and bitter new wife while craftly blending it with humor and amusement. Her lines were beautifully emitted at the right volume with each syllable well enunciated.

Thomas Royde (Thomas Southwell) had a beguiling Sherlockian manner of simply existing without saying much. When he utters something, it is snappy and swift, delivering a healthy dose of wry English wit. 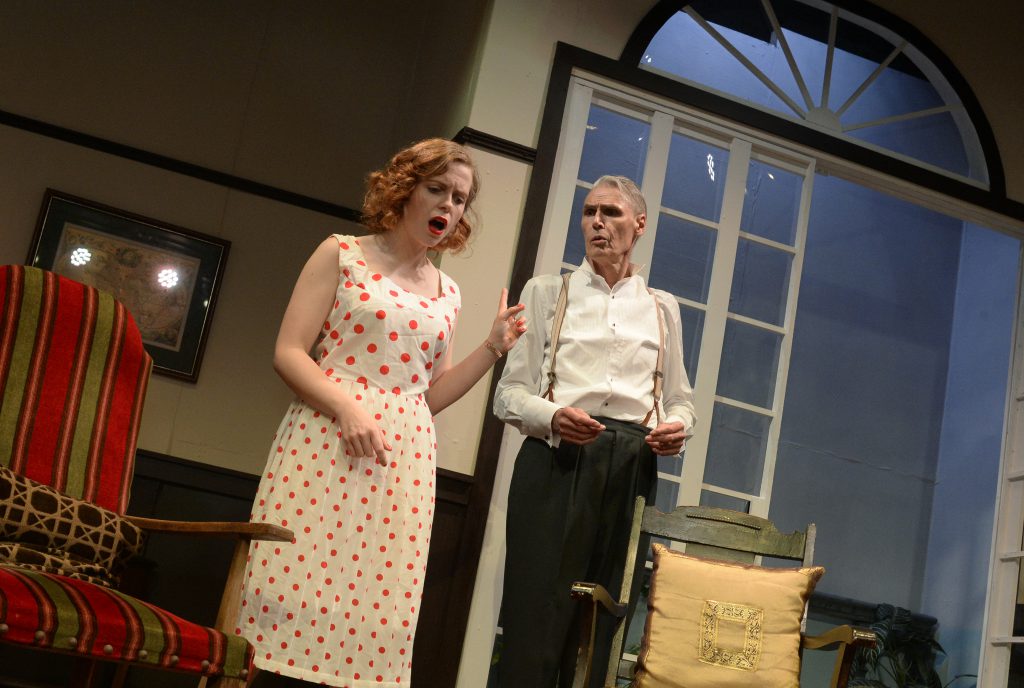 This is a play that has been accurately reviewed, as ‘an evening in which we do not smell a rat until too late’. The production by Pamela Whalan (and nostalgic costumes by Costume Designer Susan Carveth) weaves a mystique that propels the play beyond the rat business of whodunnit. It delivers a solid ensemble work of coherent cast members that is quite challenging to achieve, especially for a complex Agatha Christie’s play.

Towards Zero baffled, it bemused, it made us think and laugh.

– Sara
Sara Haddad is a theater-goer and avid reader of classic literature, who is taking her first steps into the world of acting at the Darlo Drama School. Don’t miss her upcoming show in Nov’19.

Disclosure: The Plus Ones were paying guests.
Photo credit: Craig O’Regan.

7 Tips for Managing a Schedule of Corporate Marketing Events