Irish comedy trio Foil, Arms and Hog made their Sydney Comedy Festival debut at the Factory Theatre in Marrickville with a performance that brought the house down.

CRAIC-LING, as its name suggests, is great craic. It’s a fast-paced sketch comedy show featuring songs for the elderly (“Ha, Ha, Ha, Ha, Staying Alive”), a Gregorian chant about drunken monks who love Buckfast, and a step by step guide on how to kill an actor… with a handgun.

The Irish sketch comedy group includes Sean Finegan (Foil), Conor McKenna (Arms) and Sean Flanagan (Hog). Friends since university, the trio’s comedy sketches are infused with a natural flow. Somewhere between a regular sketch show and friends having a laugh. Often taking cues from the audience and pulling those into their skits seamlessly. 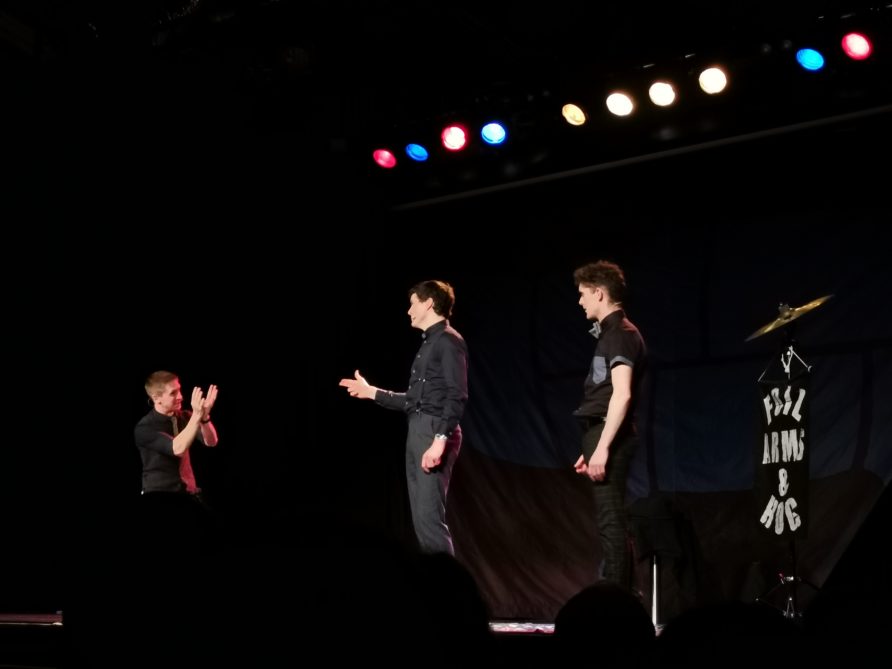 The show began with Foil on stage with Arms and Hog walking up and down the audience on the lookout for comedic opportunities. Resulting in Arms taking various audience members on a cheeky tour of the Factory theatre which ended in an impromptu battle reenactment conducted by the selected audience members. Oh, and Hog standing on Arms’ shoulders while sticking his head out of a curtain, which while silly, had everyone in bits.

Following the official beginning of the show (courtesy of confetti cannons), the lads worked through a range of skits of varying lengths and themes including musical numbers — and gorgeous harmonies.

The beauty of the trio’s comedy is their chemistry, naturally blending their practised sketch with banter and improvisation.

The best improv on the night occurred with Arms and Hog in a tense “Handgun Sketch” when they inadvertently examined the long-running Gaviscon ads in Ireland that feature animated firemen hosing down the innards of someone with heartburn. 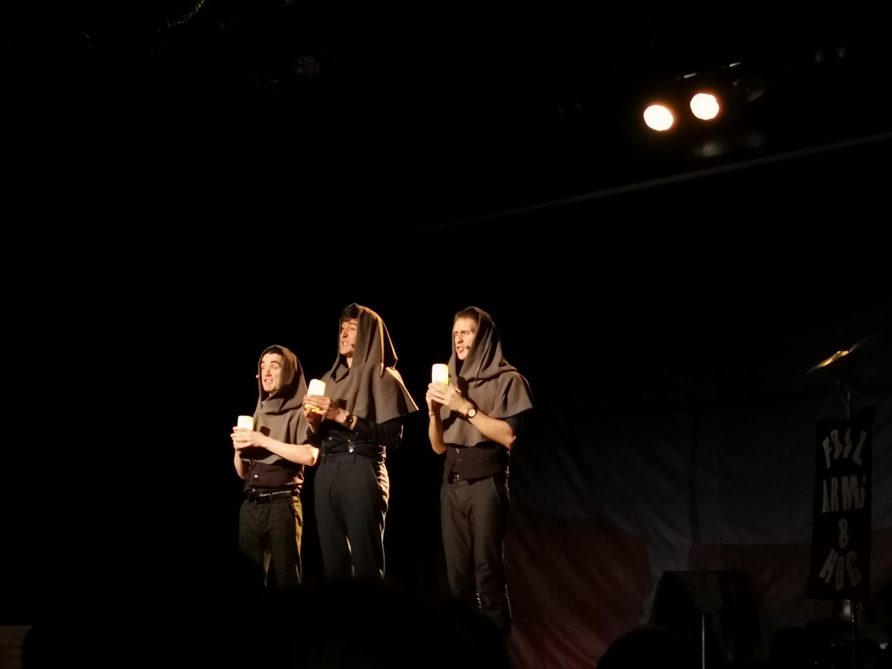 The humour translated to the Australian crowd, although us Irish in attendance were well-served also (“If there’s a man eating Taytos on stage, I’ll go.”)

CRAIC-LING is a fast-paced sketch spectacular. If you have an option to see them before they head back to Emerald Isle, get in quick. If not, they are definitely worth a subscribe on YouTube.

Read our guide to the top shows of the Sydney Comedy Festival 2019.

Disclosure: The Plus Ones were invited guests of Dianna O’Neill Publicity