Opera Australia is currently staging Verdi’s tragic masterpiece Rigoletto at Sydney Opera House. This is a night at the opera not to be missed. If ever there was an opera I would wish to watch over and over again as my Groundhog Day, it would have to be Rigoletto. The tale is so riveting and the score brimming with ravishing arias, duets, quartets and catchy hits that it could never get boring. 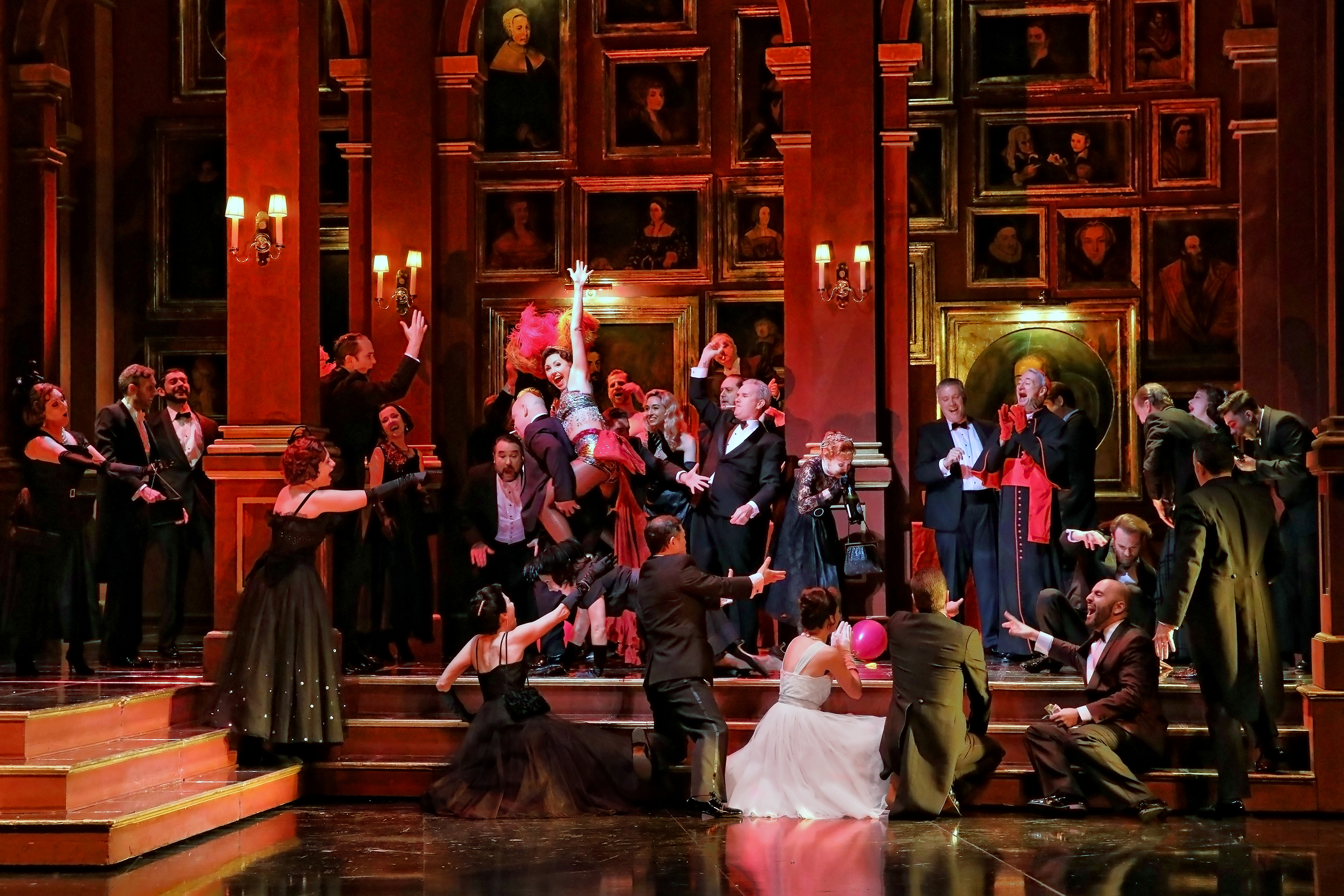 Rigoletto comes from the French ‘rigoler’, to laugh a little mocking laugh, and is based on a Victor Hugo play. The eponymous central character is the hunchbacked jester to the Duke of Mantua, required to amuse others while confronting his own torments.  The scathing stabs of his tongue make him the favourite of the Duke, but meanwhile make enemies for him amongst the courtiers, who comprise his comedic fodder.

The chalk-faced, fire-haired jester of Act I, ugly, scornful and darkly demonic in a Jack Nicholson joker kind of way, is revealed to be harbouring an only daughter whom he loves to the extreme. His soft underbelly exposed, he does not return to the clown costume, and henceforth the man behind the facepaint emerges. Verdi himself wrote: “I find it very beautiful to portray this character externally misshapen and ridiculous, but inwardly impassioned and full of love.”

Italian trained baritone, Dalibor Jenis, does a first class job of the title role. He imbues significant pathos into the character, enabling a modern audience to understand (almost) his suffocating love for the daughter he keeps locked up. His duets with her are beautiful, truly moving declarations of paternal-filial devotion, pure lyricism. 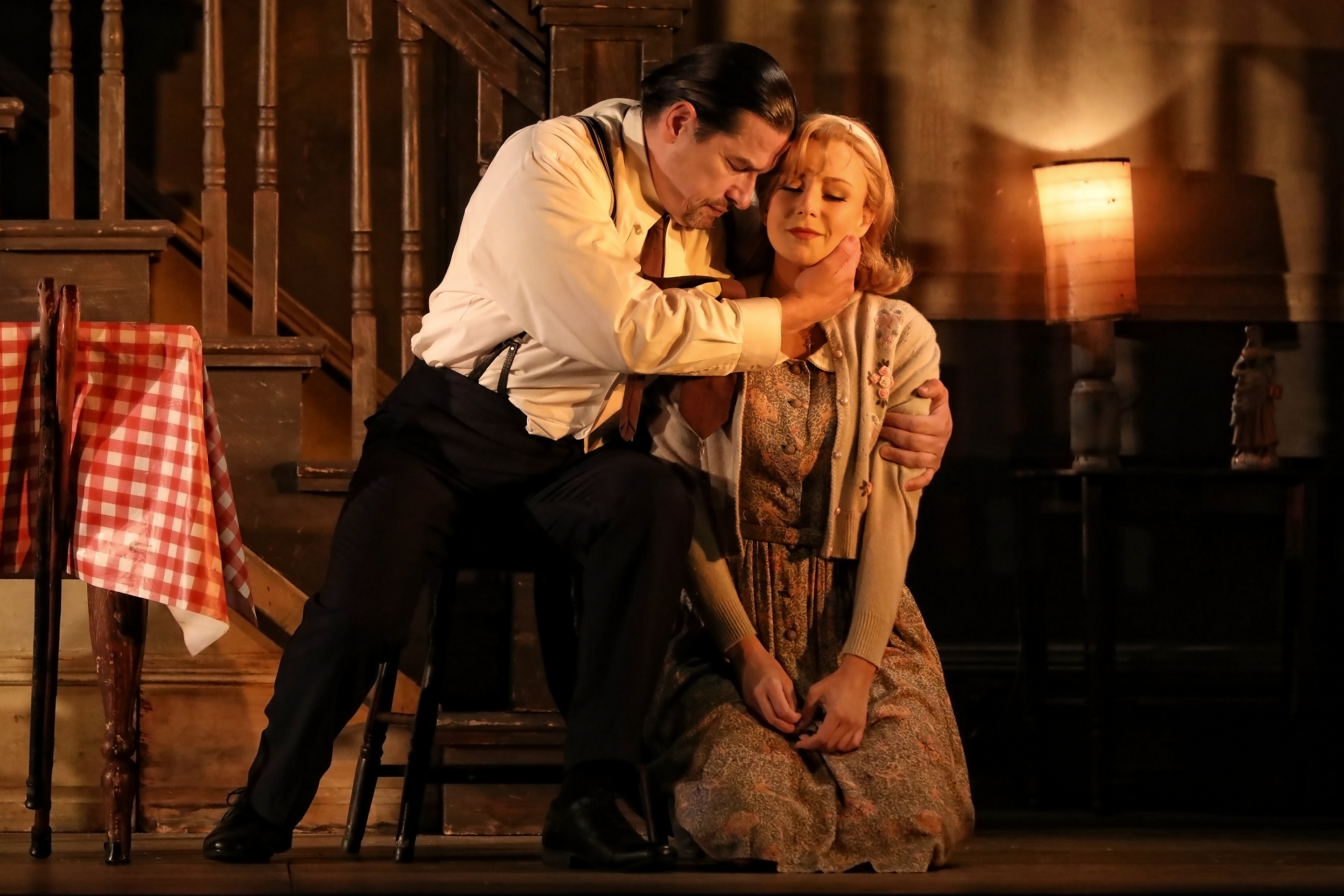 Key musical moments include Rigoletto’s portentous macabre encounter with the assassin who will eventually add grief to Rigoletto’s already miserable life. The duetting baritone and bass voices are offset with  solo cello and solo double bass so perfectly matched that it is difficult to tell where the voices end and the instruments start.

The quartet in Act III is melodically rich and complex, merging voices of four characters with wildly divergent feelings into a sublime whole. Victor Hugo jealously wrote: “If I could only make four characters in my plays speak at the same time, and have the audience grasp the words and the sentiments, I would obtain the very same effect.”

But of course the prize for favourite musical moment – perhaps not only in this score but in all of opera – is the Duke’s famous canzone, La Donna è Mobile, in which he sings lightheartedly of woman’s inconstancy. This absolute hit has got to be the catchiest tune in opera. It has made its’ way into pop culture and can be heard in everything from films to pasta commercials.

With all the classic ingredients for a gripping drama – a deformed evil clown, a beautiful captive girl, a lover who scales the drainpipe to meet her in secret, kidnapping, betrayal, vengeance, and murder – you will be on the edge of your seat from curtain rise to curtain fall. Add to that a genius score, world class talent and an impressive set, and you have a recipe for success.

Indies craft beer awards: all of the 2018 winners