Andrew Bird is one of the most dynamic, delightfully self-aware musicians I’ve ever heard and his recent performance at the Sydney Opera House did not disappoint.

Bird, often  dubbed a ‘one-man orchestra’ is not only a singer/songwriter, but a multi-instrumentalist (guitar, xylophone and guitar) and an angelic whistler. Imagine an emotive lyric melting into a soul-searing violin solo, which then dissolves into plaintively joyful whistling and you’ll begin to understand just how magnificent Bird is in concert.

This is music that operates on a number of levels; it’s frenetic, restless, thoughtful and often meta. While Bird is typically considered a folk musician, in much the same vein as Sufjan Stevens, his music actually draws on a diverse range of genres – the set list at the Opera House included tunes with baroque, jazz, pop, and indie-rock textures to name just a few.

My plus one and I both agreed that the highlights of the performance were two, quirky love songs (Why? and Left Handed Kisses). The final number, an ode to Bird’s native Chicago, Pulaski at Night. 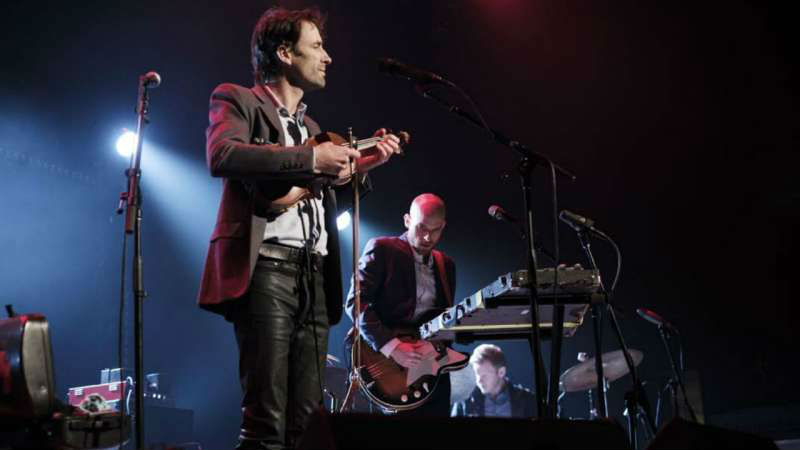 The love songs, typically performed with duet partner Fiona Apple (sadly missing from this performance), were preceded by amusing, relatable commentary from Bird about dating passive lovers and struggling with sincerity in romantic contexts. The latter was masterfully played for laughs in Left Handed Kisses. Bird takes on the role of a jaded lyricist, incapable of writing a traditional love song containing the word ‘baby’, instead delivering his muse a love song she describes as ‘backhanded’.

And yet, outside the often cloyingly cliche realms of romance, Bird proves himself capable of true depth of feeling. Pulaski at Night is a song that genuinely tugs at one’s heartstrings. Bird’s trademark self-awareness still ripples through the song, with Chicago hyperbolically described as if it were Paris, ‘city of light’. But here, cynicism is cut with more than a few glimmers of sincerity (lyrically and musically).

Confession: I  just may have shed a tear at an especially poignant moment or two. In all, this was a virtuoso performance from a one-of-a-kind musician.

Listen to Andrew Bird’s latest album Are You Serious now.