Just when you think there’s no more craft beer news to be had, another craft beer newcomer arrives on the scene. Sauce Brewing Co. is the brainchild of Mike Clarke, the latest beermaker in the craft beer world. The phrase ‘on the sauce’ is now more accurate than ever.

Clarke and his team served free beer and canapes to the masses at their launch night at the Dove and Olive bar in Surry Hills.

We arrived before the place got too crowded. Three distinct beers were on tap: a classic pale ale, a delicious double IPA, and the third, a result of an online poll, a French farmhouse-style Saison. Not a beer you see very often, but tasty nonetheless. 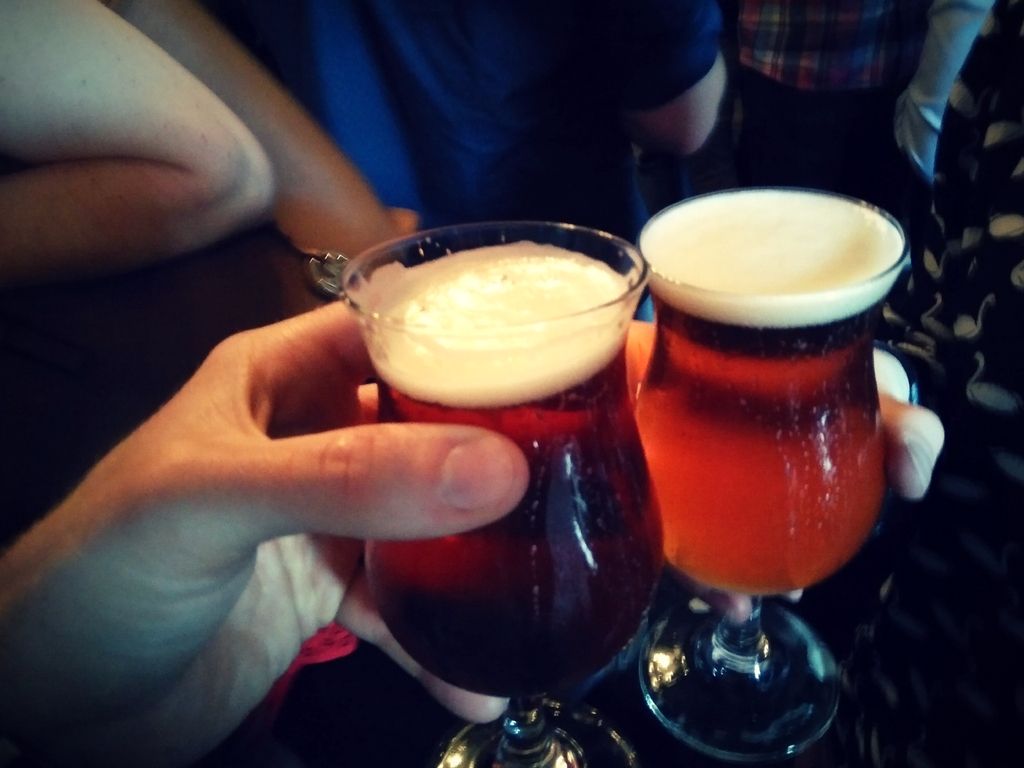 The venue soon filled up and canapes were served. Luckily, we got the first choice as we were near the entrance. They could only take a few steps into the room before trays were cleared. The canapes were designed to match the beers, but with the crowd and everyone drinking different brews, the pairing didn’t exactly happen.

winner of the Sauce giveaway

Sauce Brewing Co.’s beers will be popping up in local craft beer bars, bottle shops, and festivals with hopes to expand in the future. They are currently producing gypsy-style but recently secured a Marrickville warehouse where they’ll have a brewhouse, taproom, beer garden, and packaging line to make their mark on the craft beer scene.

Try the double IPA if you get a chance. Trust me.

– Orlaith
The Plus Ones’ Food & Beverage specialist Orlaith Costello recently moved to Sydney from Ireland, where she worked in the catering industry for over a decade. She is a freelance contributor to many online publications. Follow her on Twitter and Instagram for more.

Disclosure: The event was open to the public.
Image credit: The Plus Ones.