Every day in the office ends with my coworker asking me, ‘What are you doing tonight?’ Usually it’s dinner with a mate, or drinks at whichever trendy rooftop bar just opened. But my response last Thursday? ‘I’m off to Flow After Dark, a Silent Yoga Halloween Disco’.

Yes, I told her, I was puzzled — but equal parts excited for something new, unique, and just plain good for my soul.

What better way to practice yoga than in a giant hall with 850 other yogis (some in costume) to the fluid beats of Sydney DJ James Mack? Flow Athletic presented ‘Flow after Dark’, in collaboration with Ministry of Sound, and the atmosphere was electric. 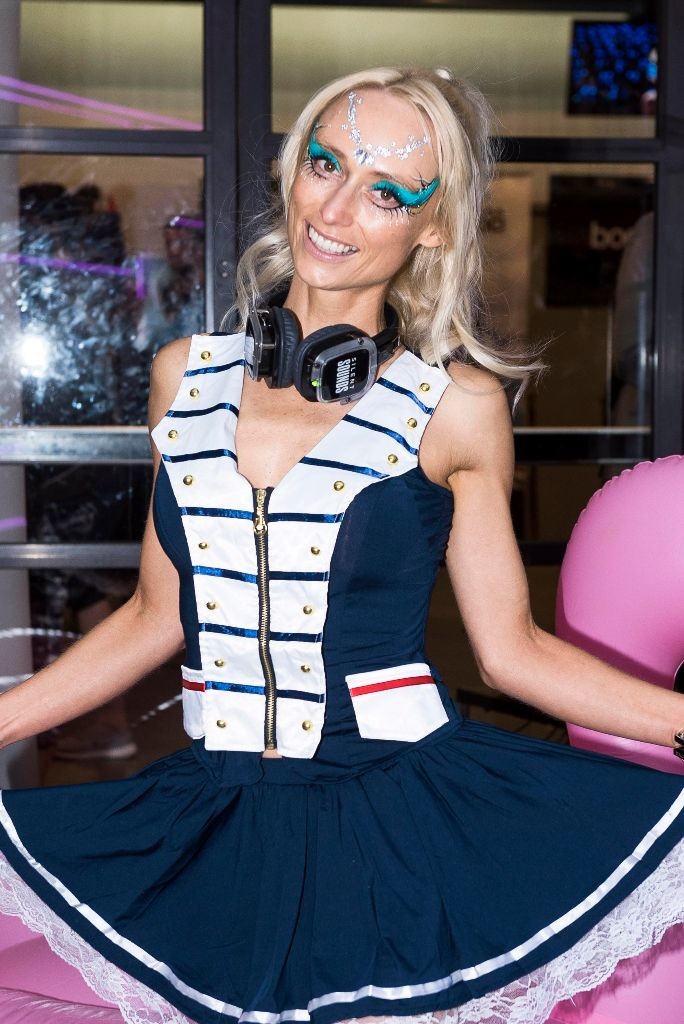 The army of us and our mats flooded into Moore Park’s pitch-black Hordern Pavilion, and were each handed a pair of blue-lit neon headphones to begin our 90-minute reverie.

Well-known Australian yogi Kate Kendall’s ultra-sultry voice proceeded to lead us through a progressively challenging Vinyasa flow for all experience levels. Kate encouraged us to be aware of the strength of our bodies, and more importantly, the beating of our own hearts.

This was amazingly amplified by the compelling rhythm of a perfectly-orchestrated soundtrack including everything from electronic chill-out house music, smooth RnB, and even mellow ballads. It was unreal that each song organically pre-empted the next move. One minute I was sweating; by the end, micro-sleeping.

As yoga’s already a mindfulness exercise, wearing the headphones made for a completely immersive experience. At some point between downward dog, enjoying the playlist, ignoring the burning in my core, and focusing on my breath, I became aware that my mind was clear. I had the opportunity to think about everything, and nothing, at the same time.

There’s definitely something powerful about combining music and movement that helps us to simply ‘go with the flow’. It was unreal to witness a sea of people moving in synchronised silence.

We ended our yoga session with a rewarding collective ‘ommmm’ that sent vibrations through the room.

Flow After Dark was uniquely inventive, a quirky hybrid Halloween, and a great example of what I hope is an increasing trend toward healthy nights out in Sydney.

– Jill
Jill is a Sydney-based journalist and Jack of all trades. All work and no play makes Jill a dull girl.

Follow Flow Athletic at www.facebook.com/flowathletic to find out about their next event.

Disclosure: The Plus Ones were invited guests of Bennett PR.
Image credit: Bennett PR.