A recipe for live theatre: start with a tragic backstory, stir in songs, wit, and romance, add a spirited ensemble, and then sprinkle with glitter. Virginia Gay’s adaptation of Cyrano embraces the magic of live theatre at Melbourne Theatre Company.

In 2021 the show closed after three preview performances; an artistic casualty of the Victoria’s sixth lockdown. Happily, Melbourne audiences can experience the production this spring with the original cast and crew all returning. 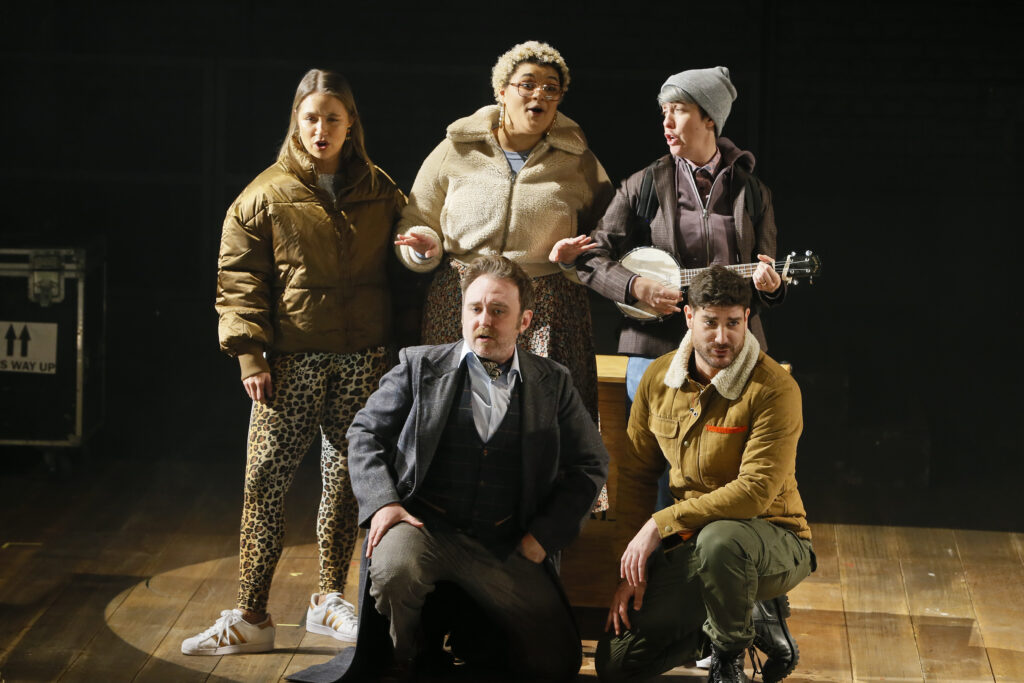 Melbourne Theatre Company’s queer, gender-flipped adaptation is a breath of fresh air. Virginia Gay, immensely talented performer and playwright, stars in the title role. The original 1897 tale ends in tragedy; everyone goes off to war and Cyrano dies. Gay’s script is a contemporary rom-com – playful and silly with music and song. Love interest Roxanne is relatable. Pretty boy Yan isn’t just a handsome face, actor Claude Jabbour brings comedic chops to the role as well. The ensemble cheekily breaks the fourth wall, much to the audience’s delight. Everyone’s enthusiasm for returning to the stage is palpable. 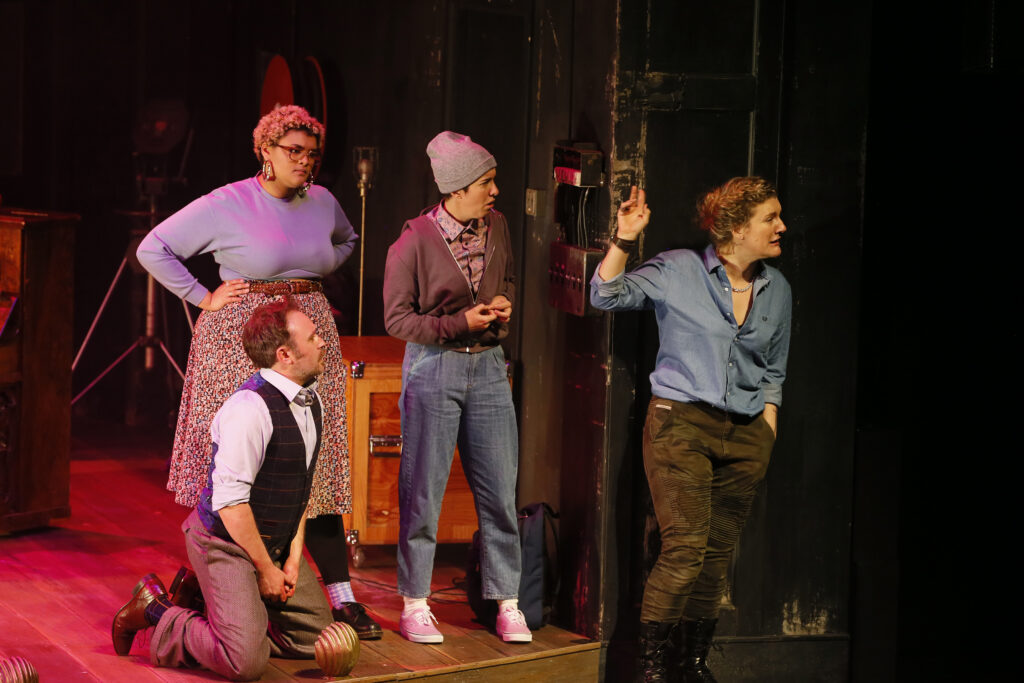 She is a powerhouse, remaking the role of Cyrano as her own. Believing, “the stories that we tell have enormous importance.” When first considering staging Cyrano she was conflicted. “All I could think was that this was the perfect role for me.” Yet also, “I don’t know how we can do this play, because it contributes to the ‘kill your gays’ trope and I don’t ever want to be a part of a narrative that says a queer love is impossible, or that queer bodies are expendable or sacrificial as standard, unexamined narrative tropes.’ And [director Sarah Goode] said, with such casualness, ‘Well it’s out of copyright. You should write your own.’ Just like that.”

Just like that indeed. Get your tickets now before they sell out. The final week is already limited to subscribers only.

– Jenny
Jenny S. is an event adventurer. When she’s not attending live shows, you can find her sampling the latest craft beer or sipping a creative cocktail.
Cyrano runs 24 September – 29 October at Melbourne Theatre Company, Southbank Theatre (1 hour and 40 minutes with no interval). Buy tickets now.

Disclosure: The Plus Ones were invited guests of Melbourne Theatre Company
Images: Jeff Busby