Prost! After a two year hiatus, Oktoberfest is back. For the Melburnians who can’t make it to Germany, Burnley Brewing is throwing a three-week Bavarian Bierfest filled with free beer, lederhosen, and weiner schnitzel.

New Aussie owners Chloe Hoiberg and Michael Stanzel’s enthusiasm for Bavarian traditions is contagious. With ten years’ experience living and brewing in Germany, the traditional tapping of the Oktoberfest keg marks the start of their favourite time of year. Patrons are encouraged to join in merriment: wear a dirdl or lederhosen for free beer every Saturday through 8 October. 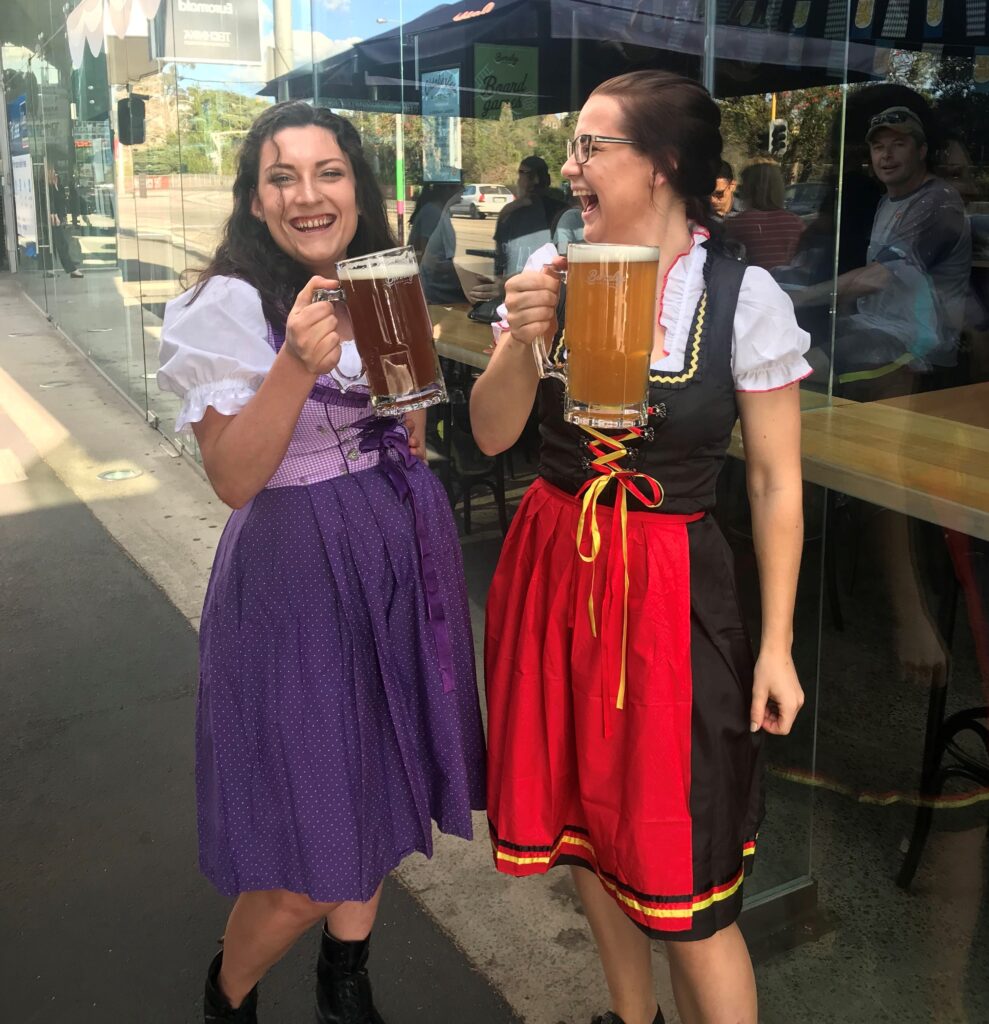 After you’ve enjoyed your free beer, why not stick around and try another dozen? Head brewer Stanzel is going balls to the wall brewing twelve limited edition Oktoberfest beers, using traditional methods and ingredients imported from Germany. German purity law dictates brewing with nothing but water, malts, and hops, but you’re still going to find a range of tastes on tap. There’s a smashable Kolsh, toffee-flavoured Marzen, sour Lichtenhainer, and smoky Rauchbier. 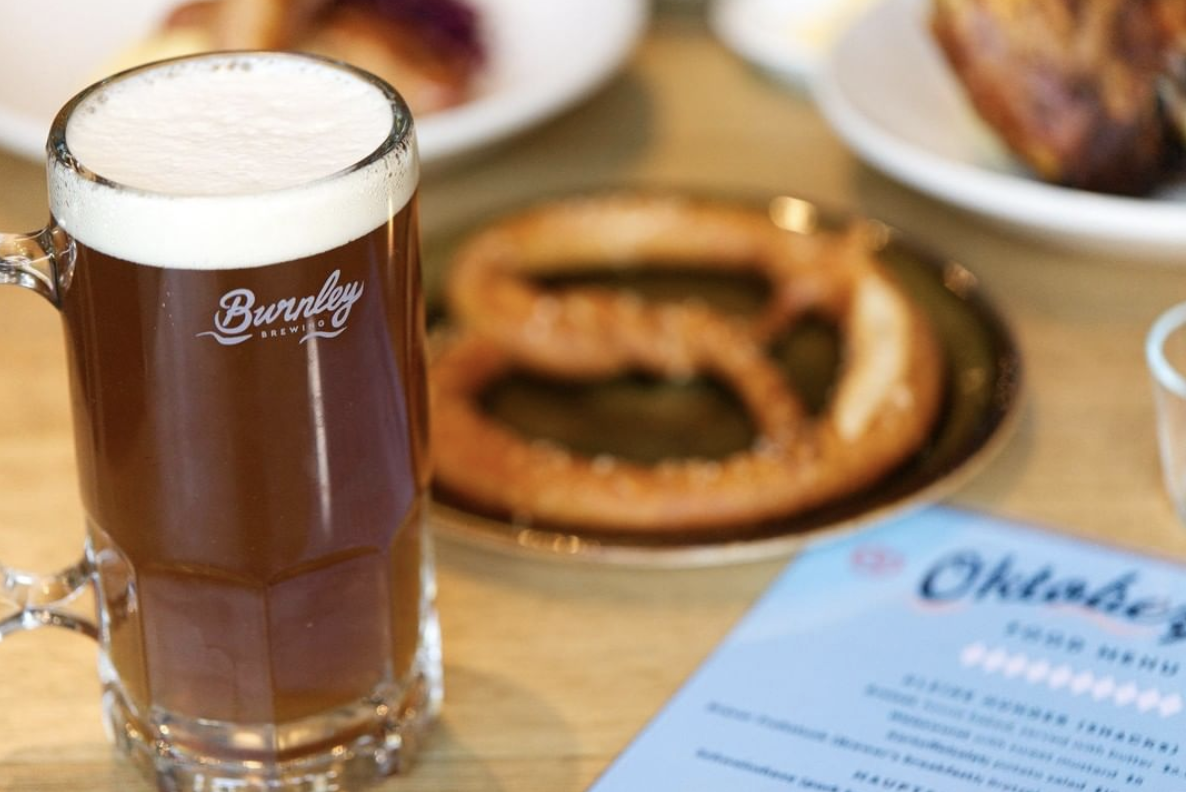 After sampling all twelve of the beers on tap — for science — the Weizen topped the charts as my personal favourite. It’s a tasty, drinkable wheat beer, balanced with notes of banana and clove. Word on the street it’s Stanzel’s favourite too. In Germany he worked for a brewery brewing 9,000 kegs of Weizen a week; he got very good at it. 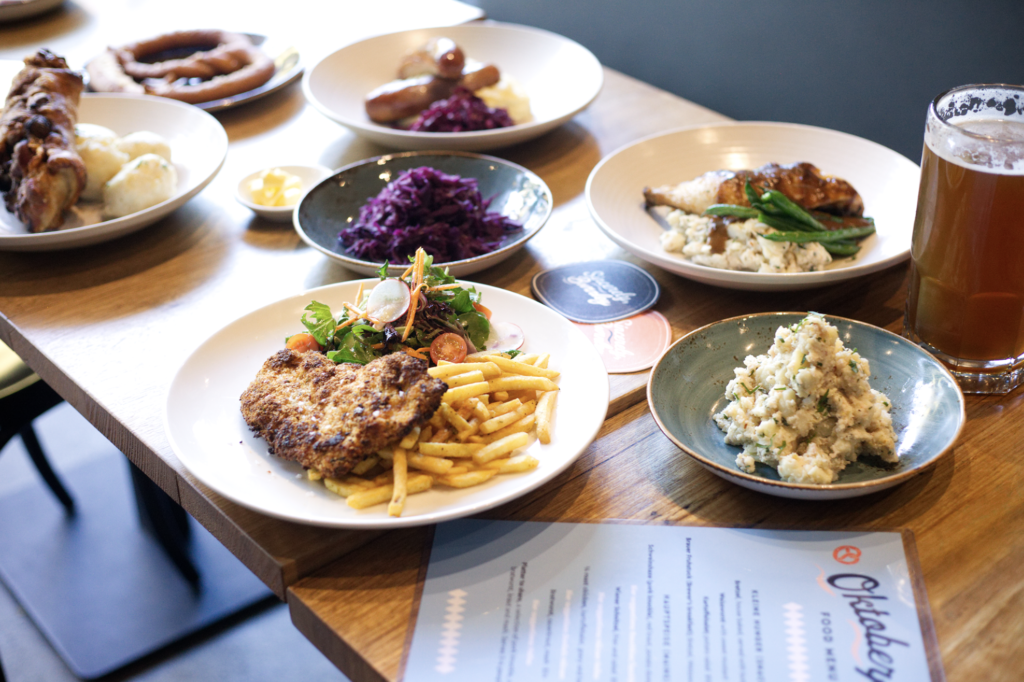 Accompanying these German-inspired beers is a special German-inspired menu featuring the likes of weiner schnitzel, bretzels, and flammkuchen (German Pizza). If you want to take the party home, pick up a Freundschaftsbezeugung pack. Hard to pronounce, but the sentiment is simple. It translates from German as, ‘demonstrations of friendship.’

Stop into the brewpub for a glass of liquid joy. If you’re lucky Hoiberg and Stanzel will be their sporting their traditional German attire. Then ask Stanzel about the time he was charged with guiding a group of Texas sorority women through the Oktoberfest Beer Halls.

Disclosure: The Plus Ones were invited guests of Burnley Brewing
Images: Provided

In the talented hands of Virginia Gay, Cyrano becomes a queer, gender-flipped rom-com