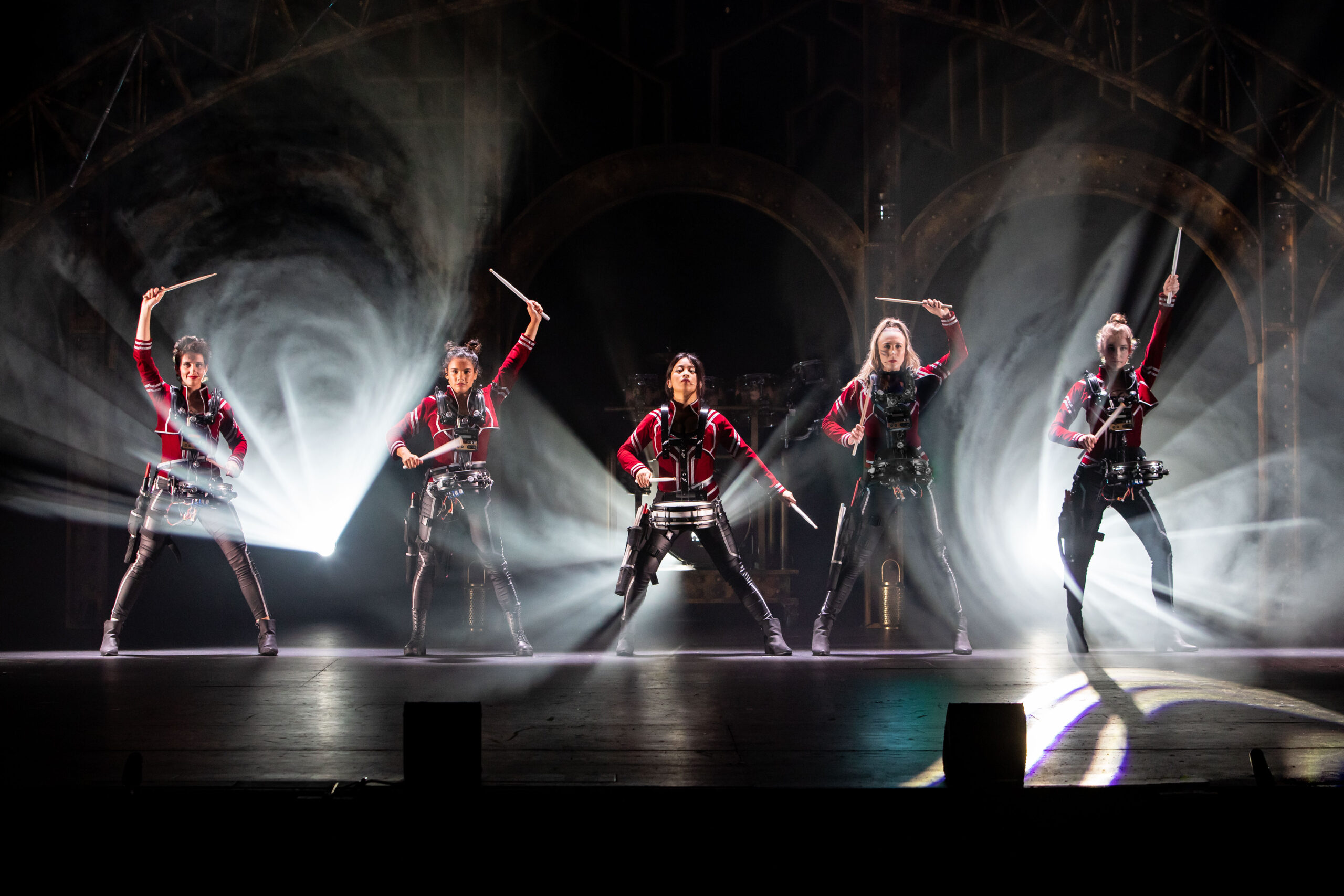 Live, loud and ready to rule, Drummer Queens smashed into Melbourne this week at the stunning Comedy Theatre. Featuring 8 extraordinary musicians who show that percussion is far more flexible than you might think. Over the course of the night, these queens used tap dance, electronic percussion, huge drums on moving platforms, their own bodies and even a cow bell to delight the audience. 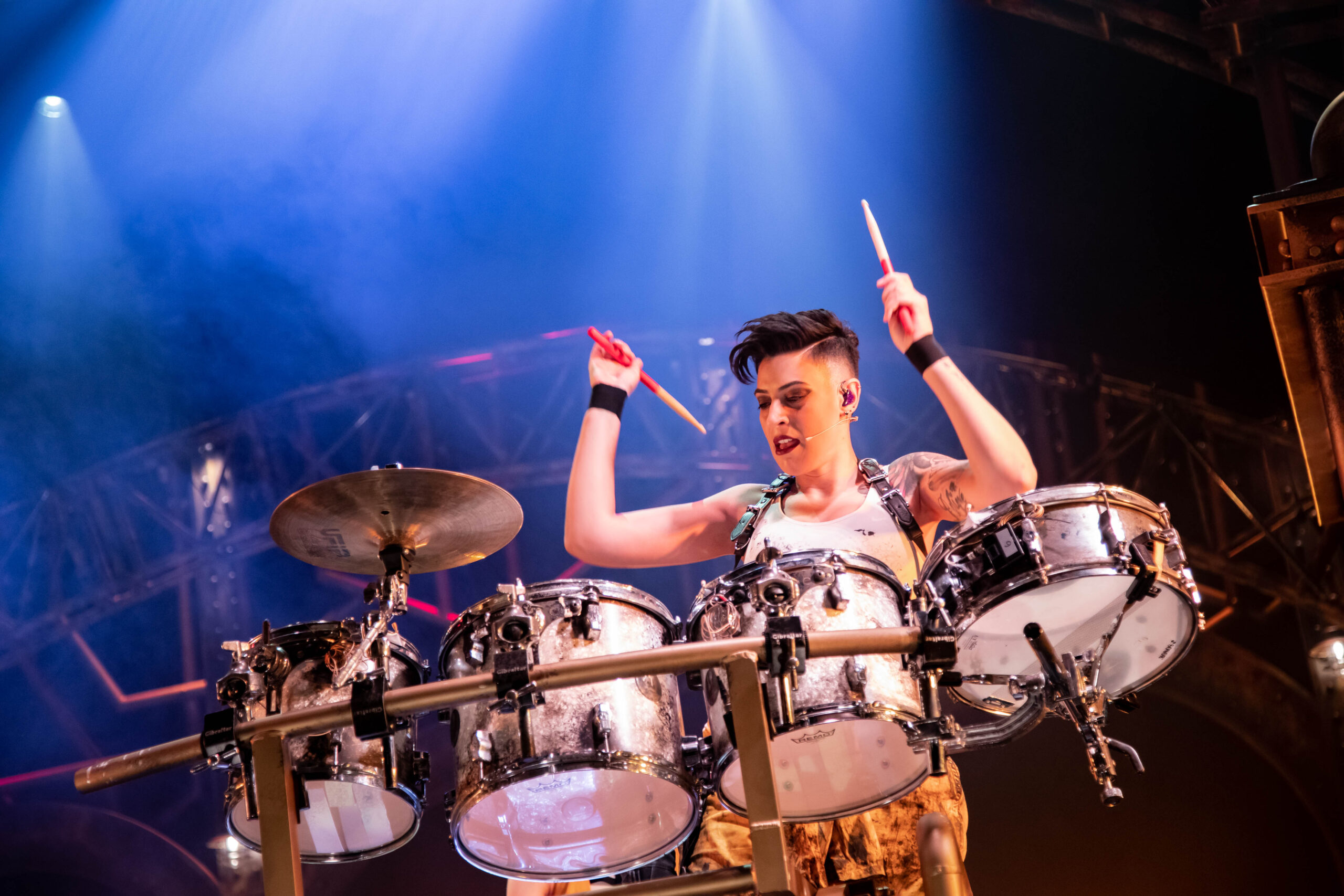 Starting the night off with the irresistibly catchy rhythms of their song “heartbeat”, we were quickly shown the level of skill (and high-energy) each and every drummer had. The first theme had the performers dressed up as greasy engineers in a giant factory, though my plus one and I definitely got a bit of a Mad Max vibe. We loved seeing Peta “Freedom” Anderson do an extraordinary tap routine as the other drummers built a kit around her. This act left everyone in awe of her skills to be able to move every limb in perfect time. Created and composed by Joe Accaria, with creative direction by Nigel Turner-Carroll and choreography by Peta Anderson, the extraordinary Australian cast includes Georgia Anderson, Peta Anderson, Stef Furnari, Niki Johnson, Salina Myat, Lisa Purmodh, Claudia Wherry and Ned Wu. As an ensemble these performers were at all times perfectly in sync and genuinely looked overjoyed to be performing on stage. 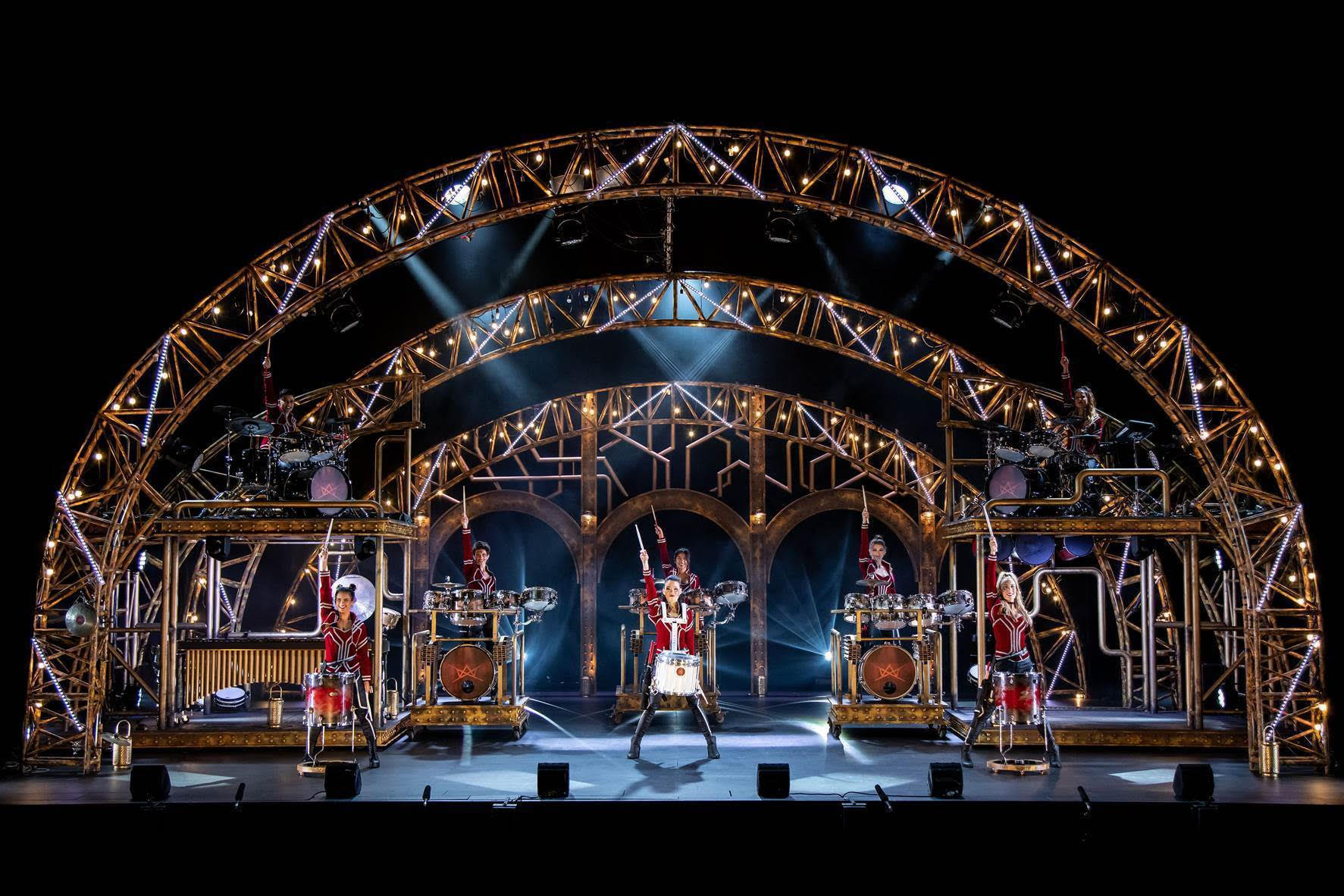 The atmosphere changed from a warehouse into a futuristic Tron-like space in the second half of the show, with a smoke-filled stage, neon lighting and Stef “Rebel” Furnari descending from the roof on a glowing platform as they played an electric drum-synth. This whole routine was awesome; think glowing red and blue drum sticks moving in the dark, neon striped outfits and some dazzling lighting design. Drummer Queens did a really good job at blending movement and theatrics with a huge variety of rhythmic styles that we really enjoyed and had the audience on their feet for two massive standing ovations. Drummer Queens is a not-to-be-missed experience.

Drummer Queens is showing at the Comedy Theatre in Melbourne from 28 April – 8 May 2021. Buy tickets here.
The venue is fully accessible.

Disclosure: The Plus Ones were invited guests of Lucky Star Media.
Photos: Supplied; David Hooley.

Alleluja. ‘Church’ is a glorious variety show playing at The Midsumma Festival