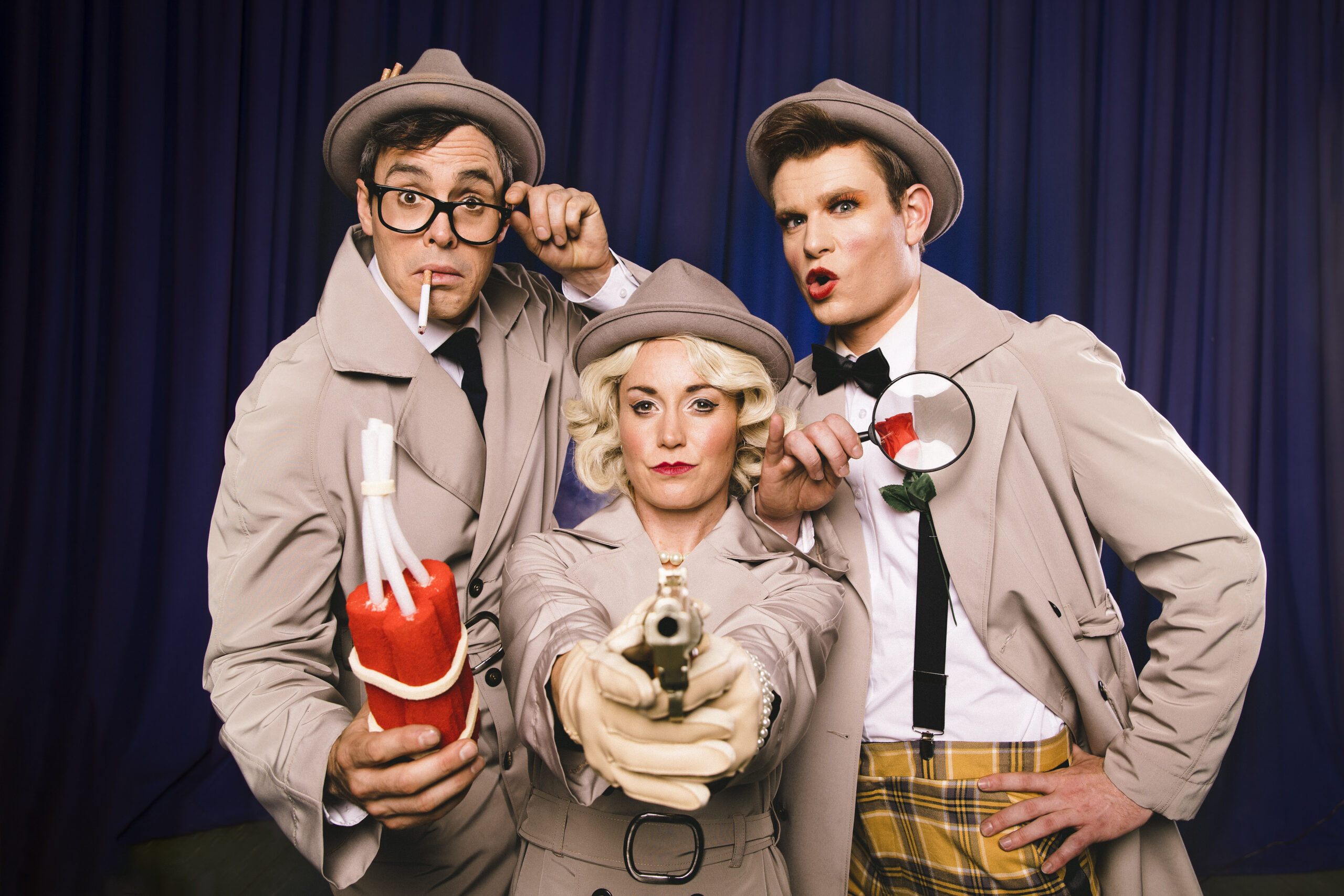 From Dummies Corp comes a killer new circus comedy for adults at the fabulous Spiegeltent, Dumtectives in Cirque Noir as part of Melbourne International Comedy Festival. Mashing Circus into the genre of ‘Film Noir,’ the show takes noir’s murder mystery tradition and flips it on its head with a slapstick kick and some terrific acrobatics.

Starring the multi award-winning, acrobatically-agile and comedically gifted performers Amy Nightingale-Olsen, Thomas McDonald and Leigh Rhodes (all graduated of Melbourne’s very own National Institute of Circus Arts (NICA), this hour long performance is for the young (and dumb) at heart. The three Dumtectives are on a mission: uncover the murderer, navigate the seductions of a (marionette) femme fatale, and avoid bitter betrayal. Outright chaos ensues, with aerial rope adventures, juggling and even a mime car chase. 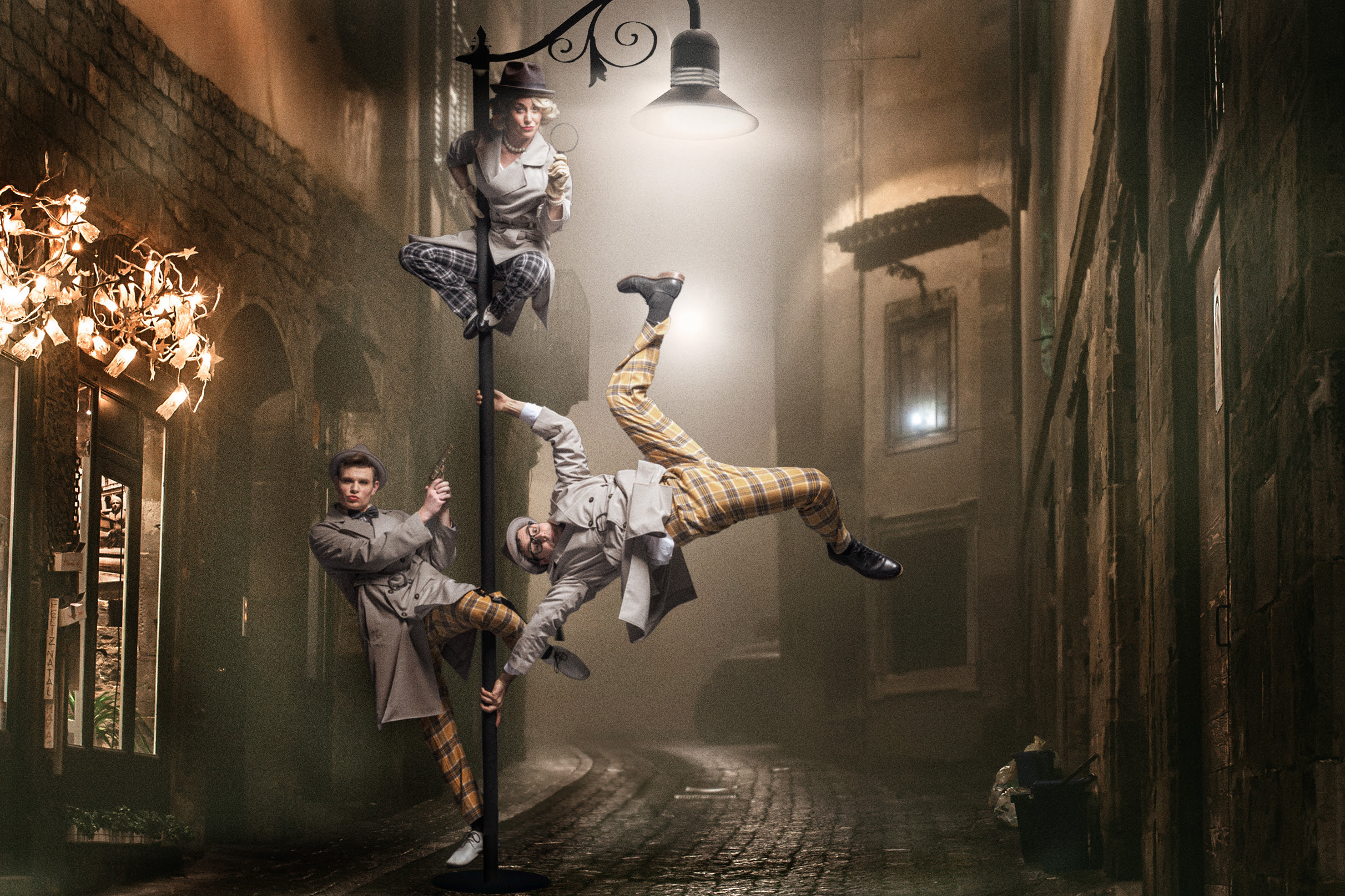 “We’ve had such a scandalous amount of fun dreaming this show up. The Spiegeltent embodies everything that is Cirque Noir, while still giving us the space to surprise…it’s going to be one wild ride!” says co-director Jamie Bretman.

The show lives up to the Dummies Corp name; it’s a bit silly, full of slapstick and some cheap laughs (read: plenty of dick jokes) mixed in with excellent acrobatics and circus skills. While the show occasionally leaned on props a bit too much to tell the story (occasionally in the way of actually performing the circus routine), the moments when the performers used mime were great and we’d prefer to see more of this. We loved the puppeteering of the femme fatale by all three performers, and then again as a miniature marionette songstress performing at a nightclub – these cute touches were a highlight. The unexpected burlesque and drag from Leigh Rhodes, along with their group juggling act were also noteworthy.

Dumtectives in Cirque Noir is playing at the Melbourne International Comedy Festival 16 – 18 April, 2021. Buy tickets here.
The Venue is accessible.

Disclosure: The Plus Ones were invited guests of Fuller PR.
Photos: Supplied.