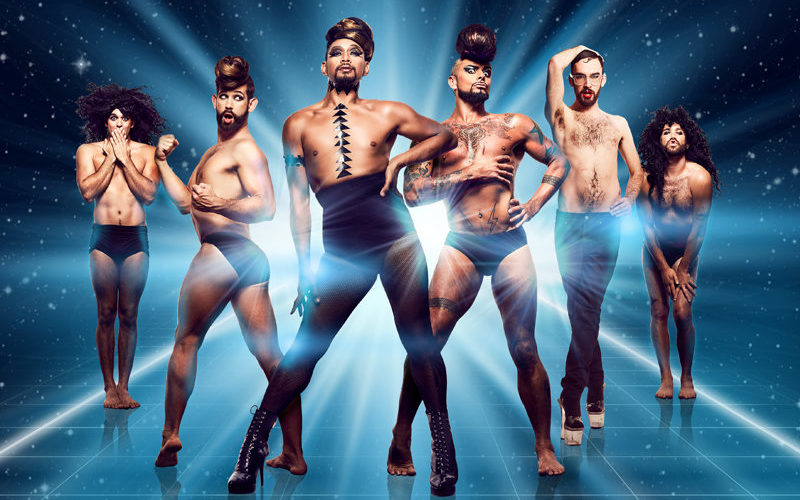 From a galaxy far, far away… Prepare yourself for interstellar aerial feats and warp-speed strippers from outer space because the Briefs boys are back! After a few whirlwind years touring the world with their unique variety of cabaret, comedy, burlesque and circus, one of our favourite acts have graced us with a very limited run at the Arts Centre Melbourne. 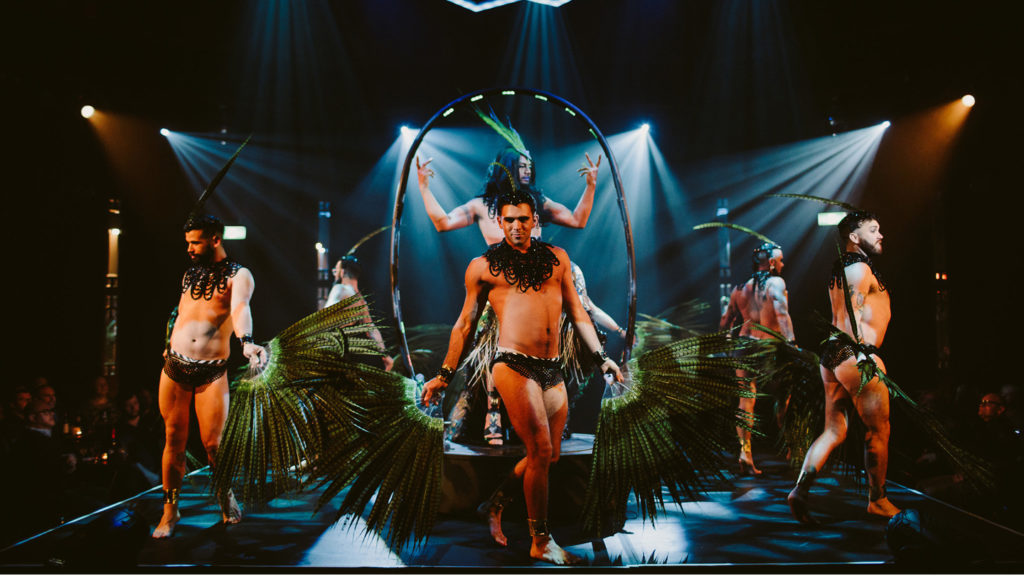 Calling their group Briefs is a bit of a overstatement. These very athletic, queer and talented performers are often on stage with far less than a pair of white jocks. That’s right: expect at least a few male g-strings.

The audience was on board (the mothership) for a great night out from the very beginning as the full cast strutted out as scantily clad Amazonians from the future with a very tight synchronised dance number before being beamed up to their mothership. Briefs are known for using their tight choreography, incredible acrobatic skills, excellent and unexpected use of lighting and humour to push the boundaries of artistry, masculinity and decency – in the very best way. 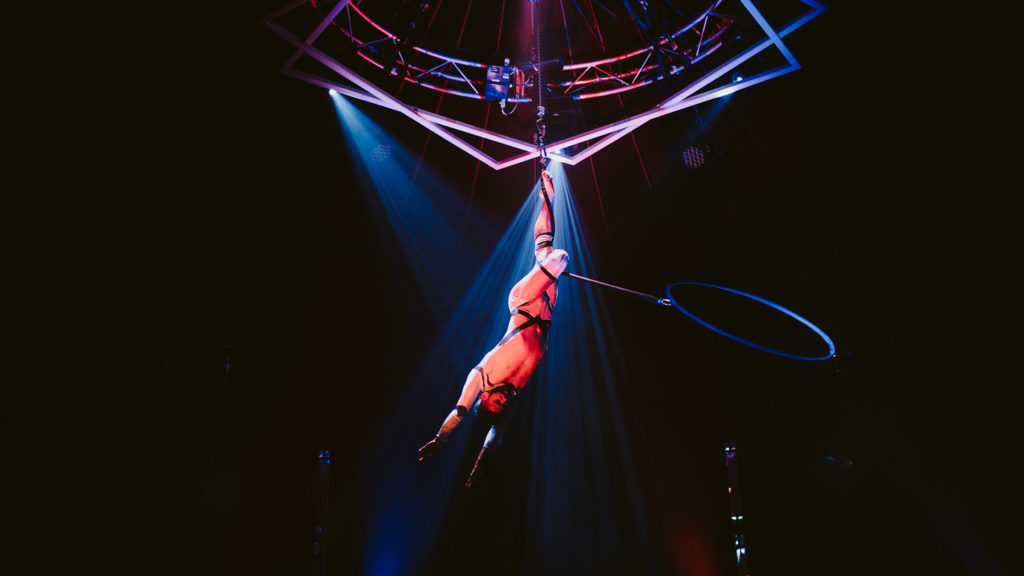 One of our favourite acts of the night, oddly reminiscent of Disney’s Fantasia, was a tale of a lonely housewife who day dreamed that her lamp would transform into a sexy man. Until one day when it does. A brilliant dance and acrobatics number ensures. There’s a level of polish and thought that goes into each act that elevated even the craziest of ideas. 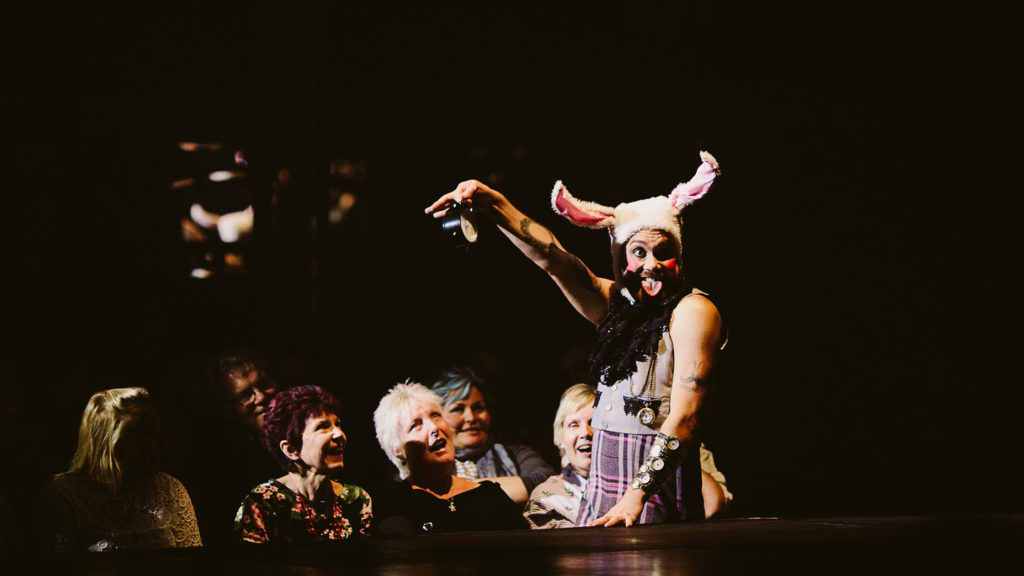 Other standout performances in the packed night were a juggling (and stripping) scientist who’s experiments were literally erupting on stage. A aerial hoop artist performing acrobatics in time to what we think was Robyn’s amazing cover of Björk’s Hyperballad. Acrobatics in a human-sized birdcage suspended from the roof, and the glamorous ringmaster Fez Faanana reflecting beams of light from her mirrored boobs and reflective gloves before voguing across the stage in huge heels. 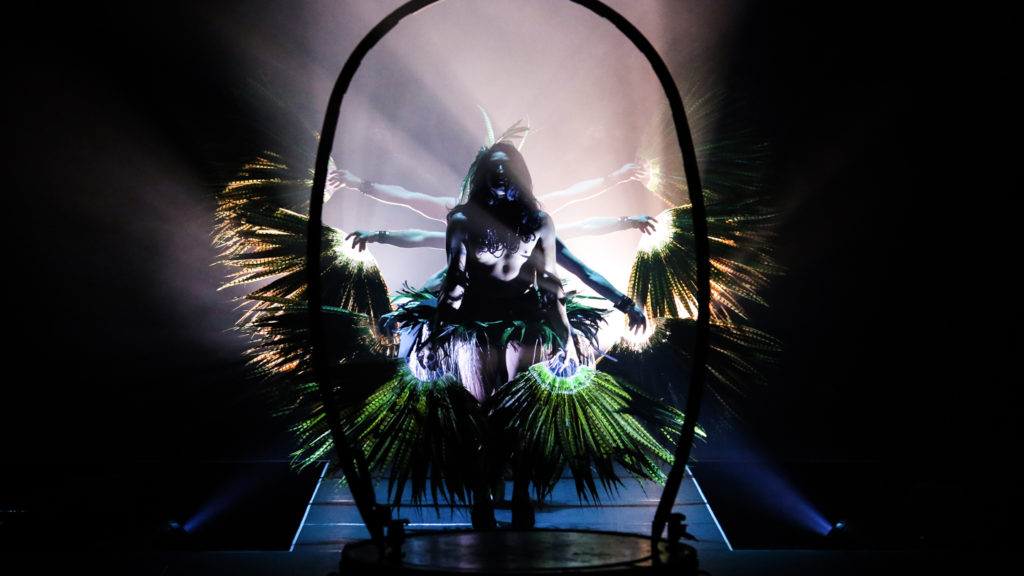 We loved the outrageous costumes too. Think LED bikini clad hula hooper, NASA space suit strippers and even an annoying, alarm-clock obsessed rabbit. It goes without saying that the ringmaster of this whole gaggle, Fez Faanana was stunning in her extravagant science fiction drag (and one little ballerina dress she claims to have flogged from the theatre next door).

The collective behind this show, Briefs Factory, have been turning out hit show after hit show including representing Midsumma’s absolutely bonkers and amazing Queen Kong. If you are looking for an incredibly entertaining variety show full of world-class acrobatics, circus and a particularly masculine and gender non-conforming form of burlesque, then this show is for you.

Briefs: Close Encounters is playing at The Arts Centre Melbourne 20-24th March 2019. Tickets are available here.
This venue is accessible and there is an Auslan interpreted performance on the 22nd March.

Disclaimer: The Plus Ones were invited guests of The Arts Centre Melbourne.
Images: Supplied.

Wild look at first world dramas in Force Majeure’s You Animal, You