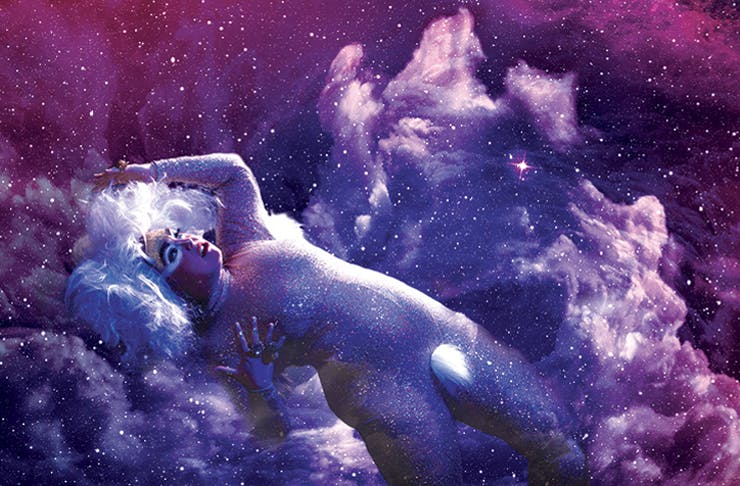 With complete disregard for conventional chronology, the non-linear story begins in the middle. Immortal being Queen Kong – part rock, part ape – has been imprisoned by humans for being too large. Escaping the gravity of Earth with the help of a friendly meteor, Queen Kong travels the universe through time and space to the sounds of live all-gender-diverse rock band band The HOMOsapiens and frequent communications about the past, present and future from Motherboard played by deaf performer Asphyxia. 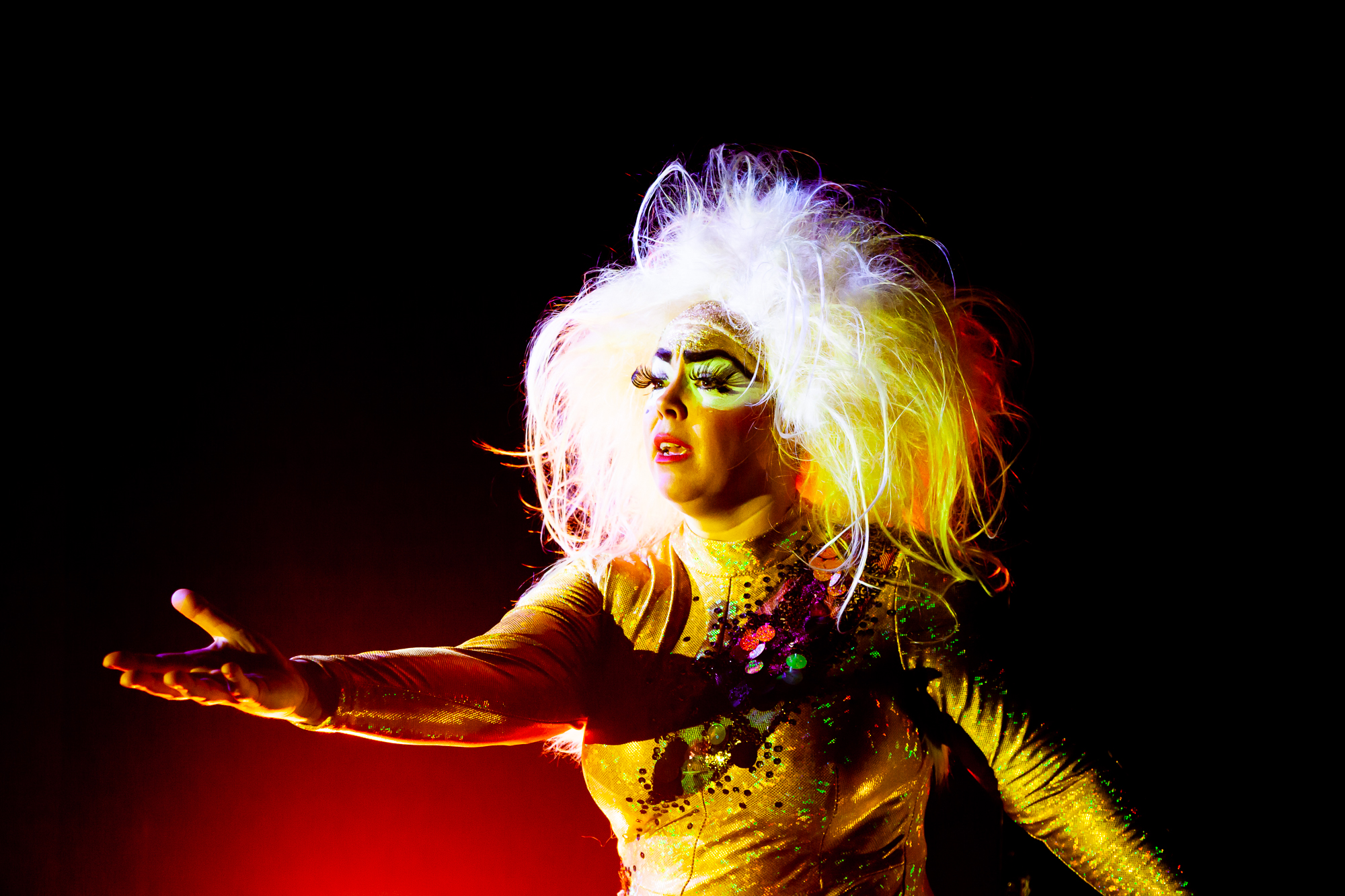 Our initial concerns of seeing episode two of a show without experiencing part one were quickly put at ease. It turns out that there is no part one, and after all, didn’t StarWars start slap bang in the middle too? There’s an internal logic to Queen Kong’s show that anything, and everything can happen, and it often does. As the brilliant Asphyxia explains on screen through Auslan at the beginning of the show, if you get lost don’t worry – everyone else has no idea what’s going on either. 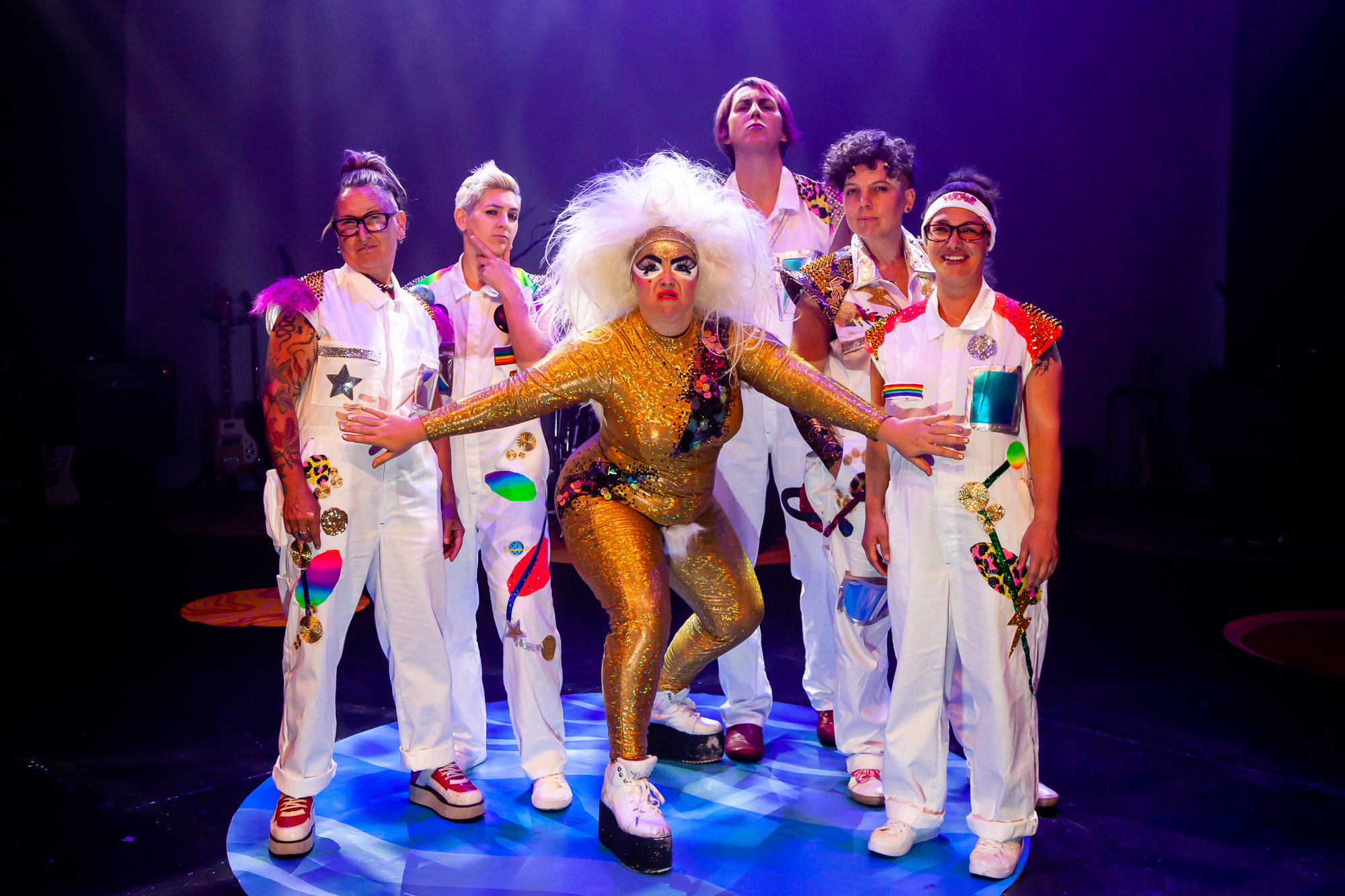 Out of this world video art projections come courtesy of style icon Will Huxley and animator Finn Scholes. We’ve been big fans of Huxley’s art for years now, and it was brilliant to see how well their art work elevated the larger than life performance from Ward.

We’ve never seen a show that incorporates Auslan interpretation in such a clever and engaging way. As we reminisced about the performance at the La Boca popup bar with some deliciously cold Stomping Ground watermelon beers, Asphyxia and the live Auslan interpreting by Kirri Dangerfield remained at the top of the shows many highlights for us. We would love to see more performances incorporate these inclusive elements into a show. 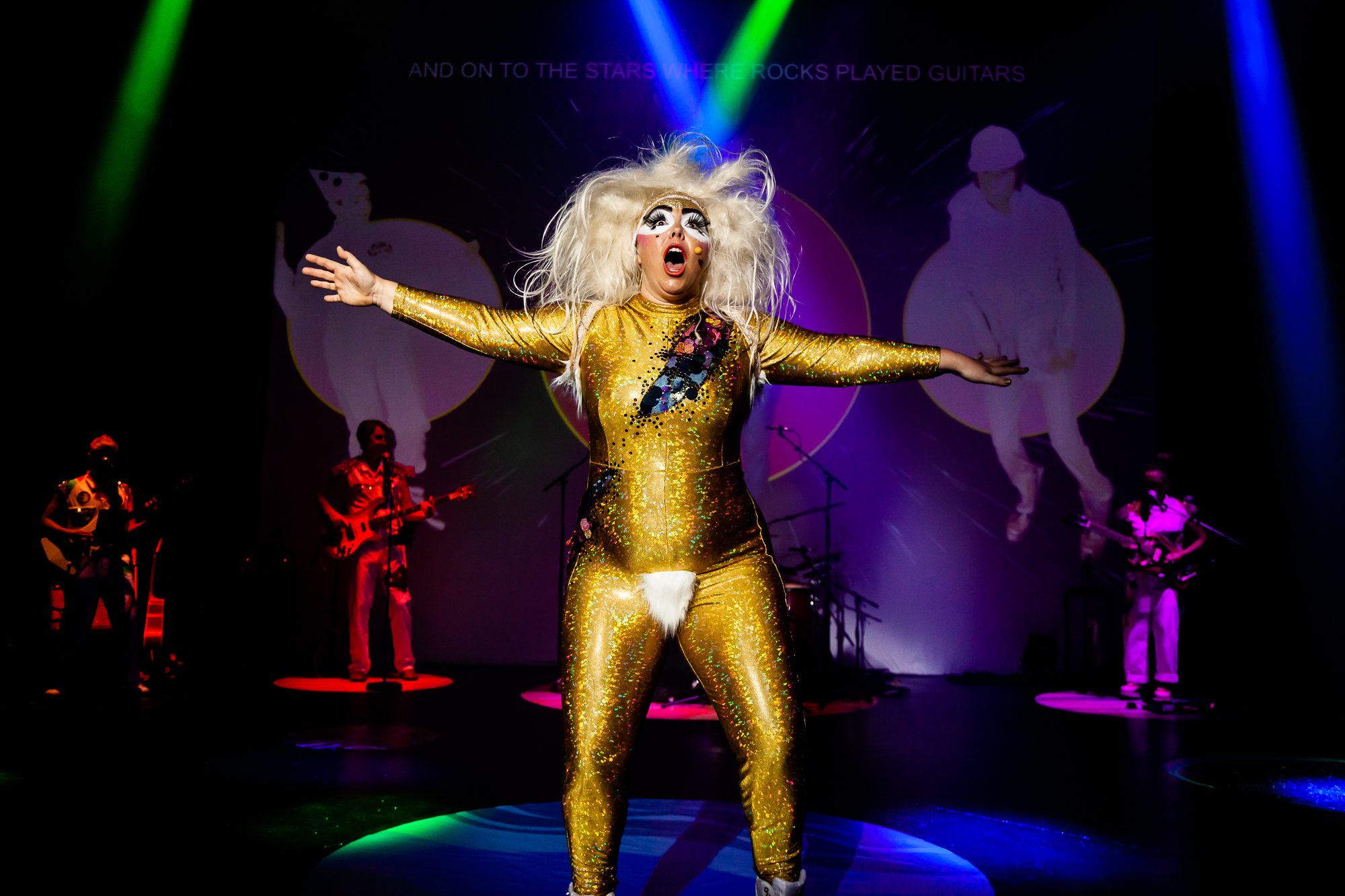 Queen Kong is a gloriously bizarre, space-rock concert of meteoric proportions that examines the human experience and our connection with the universe. If you are a fan of the Mighty Boosh or other offbeat comedies then you will love this as much as we did. We hope to see an Episode III, plenty of spinoffs and the eventual theme park.

– Tomas
Tomas Zagoda is a filmmaker, writer, coffee addict and tall person who does not play basketball. You can follow him @TomasZagoda

The Legend of Queen Kong Episode II: Queen Kong in Outer Space is playing 16 – 20 January 2019 as part of the huge Midsumma festival. Tickets are available here.
This venue is accessible and the show is subtitled and performed in English and Auslan.

Disclaimer: The Plus Ones were invited guests of the Arts Centre Melbourne.
Image credit: supplied / Peter Leslie Photography