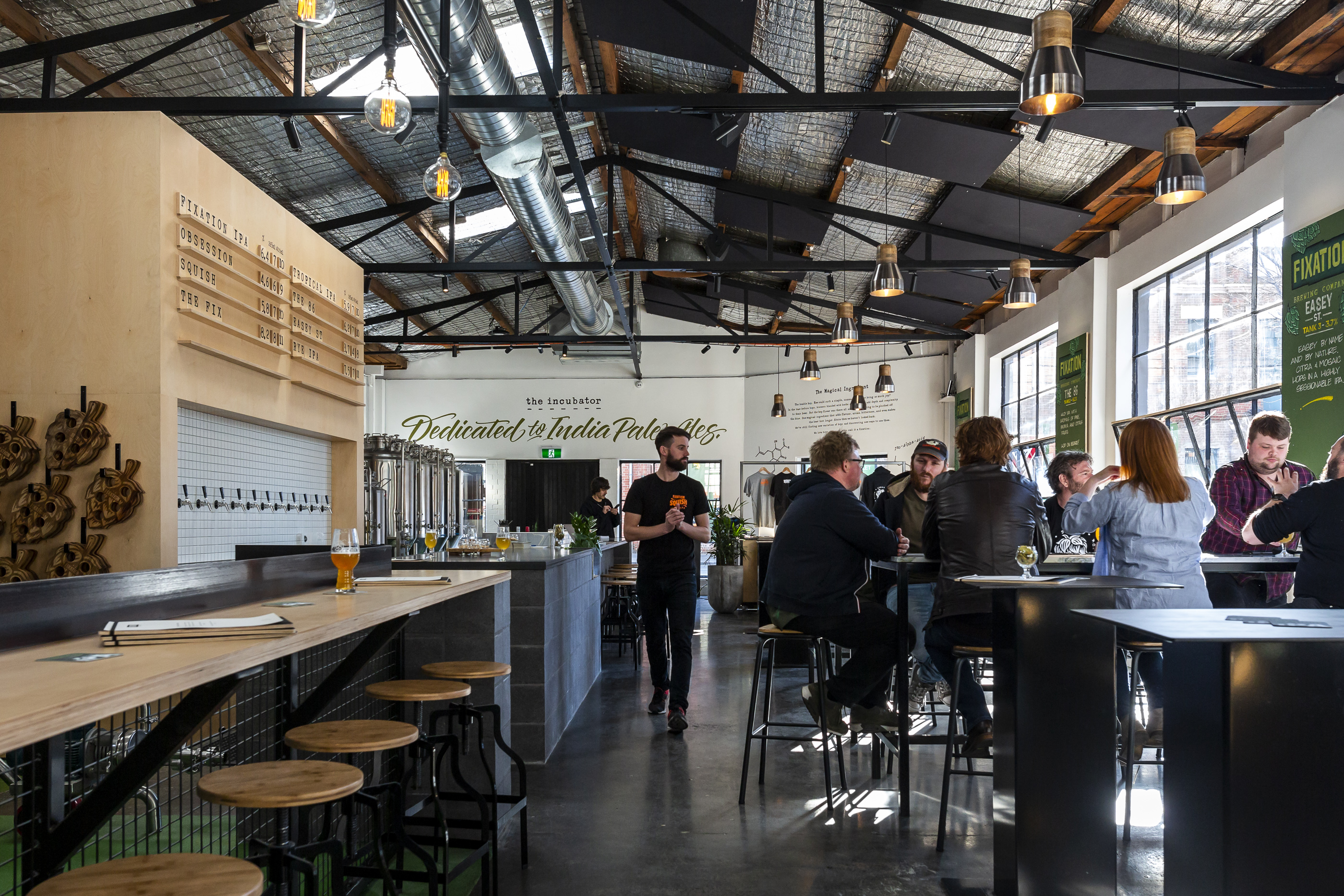 Managing Partner Tom Delmont is a man who always has time to talk about beer. He quit his government job for a part-time sales role at Mountain Goat when the brewery was just a kid. He also embarked on a journey across the United States in 2010, visiting forty breweries in four weeks. (Legendary stories from this adventure are still circulating and best heard over several pints of beer.) Following Mountain Goat’s sale to Asahi in 2015 Delmont set out in a new direction, establishing a brewery dedicated to his favorite style of beer – Indian Pale Ales. His passion for hops paid off with a string of awards, including gold medal wins and the Trophy for Excellence in Consistency at the Australian International Beer Awards. 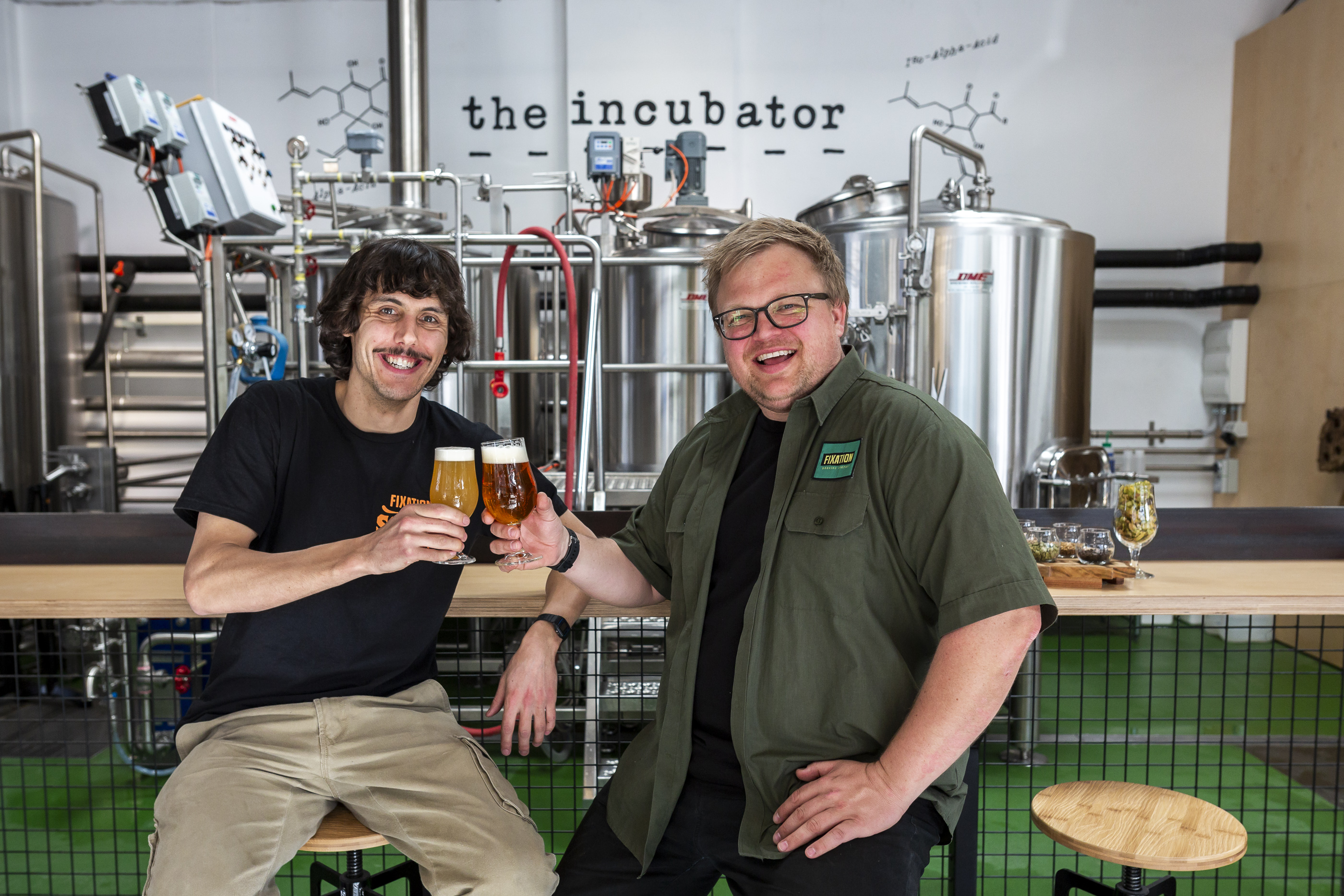 The dream of creating a home base for Fixation started early, with the sale of its first kegs back in 2015. Late last year the discovery of a vacant warehouse on Smith Street promised to turn that tantalizing vision into a reality. Now, after months of anticipation and plenty of council delays, a former factory outlet shop has been converted into an inviting tasting room. A wall of windows brightens the venue, while stainless steel tanks sit centimeters away from marble topped tables. Twelve taps line the bar, pouring Fixation’s core range as well as a rotating line up of beers brewed exclusively for the tasting room. Incubator originals include a Tropical IPA with fruity aromas, the low alcohol Easey Street, and a bold Rye IPA (my personal favourite). 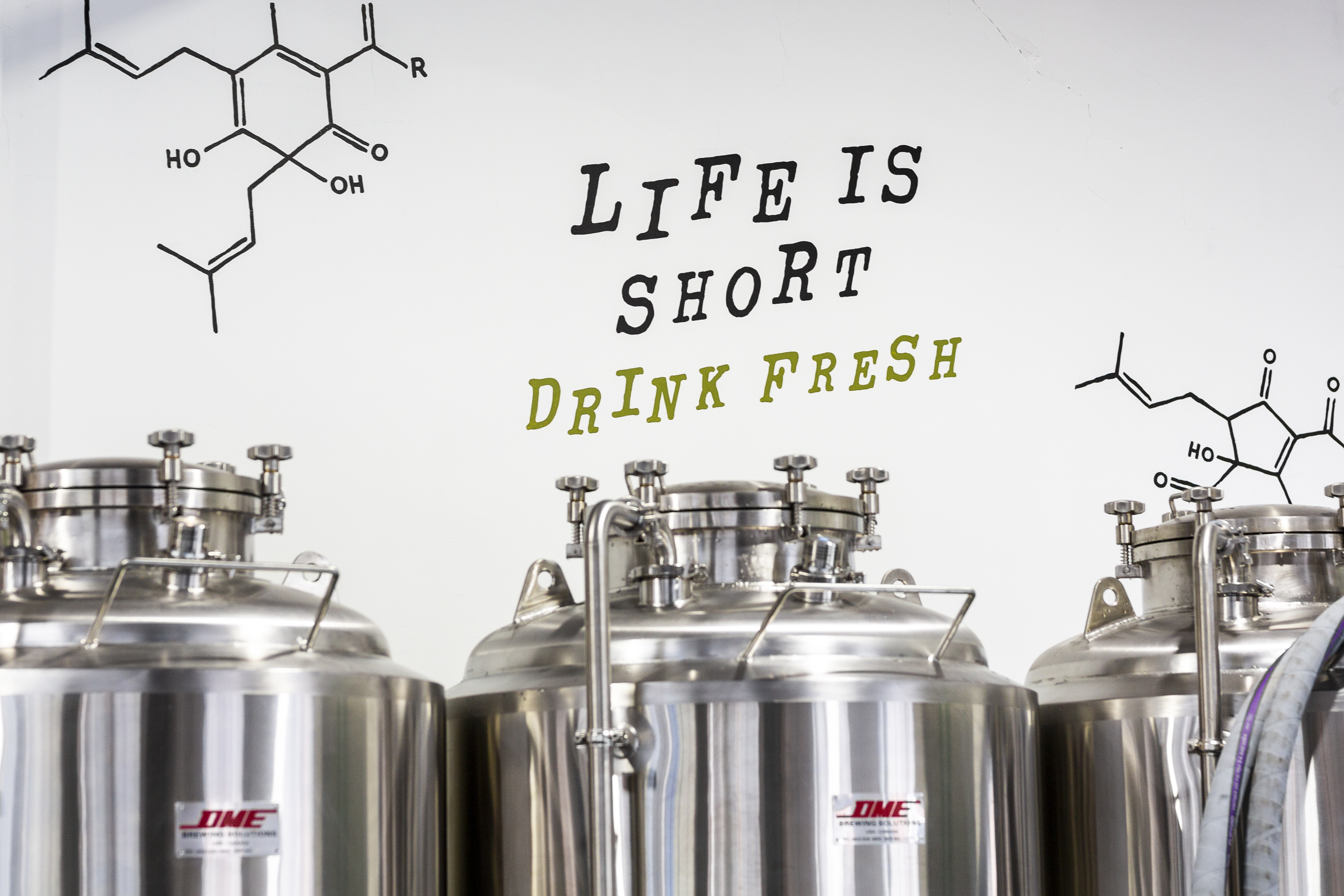 Collingwood is swiftly becoming a destination for beer loving Melburnians, with The Mill, Craft & Co, and Stomping Ground breweries all within walking distance. As the newest addition to the neighbourhood, Fixation is settling in and dedicated to giving back to the community. Charity kegs are in the works and they’re providing beer for The Rose Hotel party, a fundraiser supporting Fitzroy Primary School. Delmont believes, “a good brewery is a good community member.”

Disclosure: The Plus Ones were invited guests of Totem Marketing.
Photos Credit:Fixation Brewing

Legend- Stories of a Nation serves up Ukrainian delights