Tenpin Kitchen originally started off as a popup restaurant a few doors down from where it is today, near its sister restaurant Mr. Lawrence. To cut a long story short, Mr. Lawrence relocated into the Tenpin popup location, a new premises was available down the road — and Tenpin the popup has now become Tenpin the permanent restaurant. And boy are we glad about that, because the food there is something special. 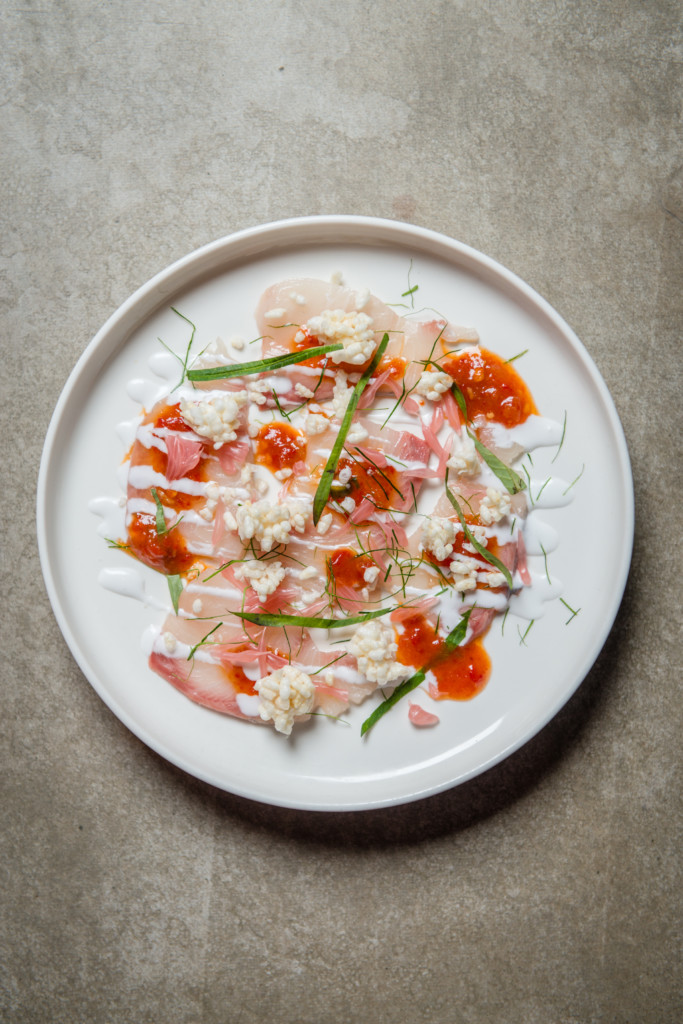 The premises is decked out with a very retro 70s feel, with pine coloured floorboards and tables. The walls are decorated with art from that era, including a Godzilla picture, and a print which would fit right into a pinball alley. The centrepiece is however a giant bowling pin, which we learnt was from the old Mentone bowling alley which closed down many years ago. It certainly brought back memories for many of us who spent much of our childhoods at that bowling alley!

As attendees at a bloggers’ dinner, we were lucky enough to taste a variety of items from Executive Chef Ashley Richey’s (ex-Chin Chin) menu. Our meal started with a cocktail, the Tom Yummy. The vodka cocktail is infused with tom yum flavour of chilli, ginger, lemongrass, and lime. The chilli certainly added a kick to the drink, but provided a very interesting flavour profile that left my tastebuds dancing. 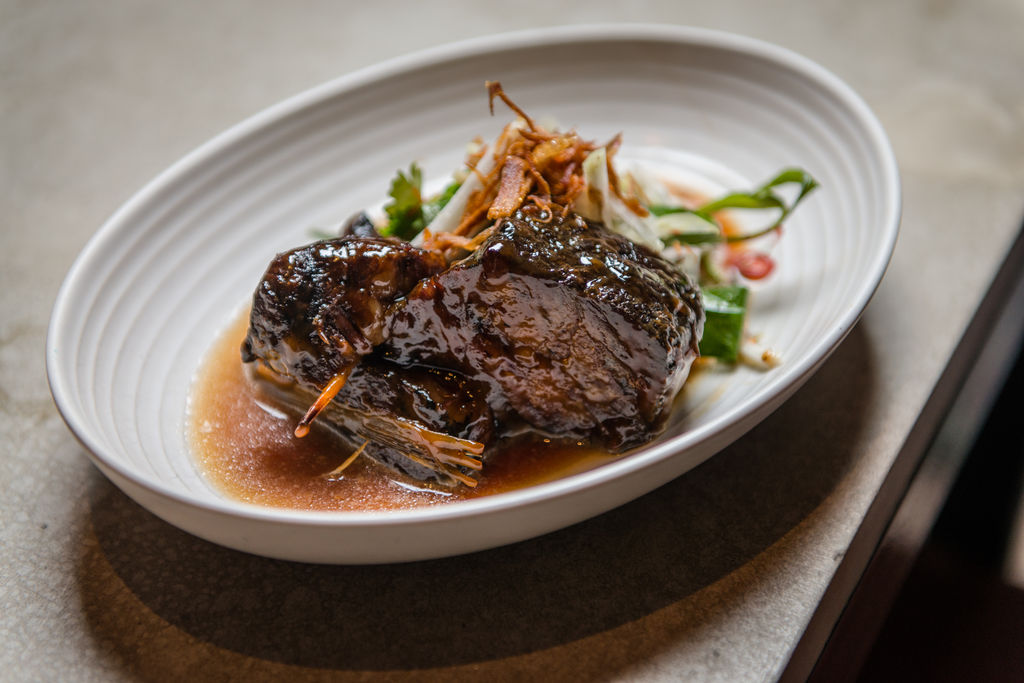 We were served three different entrees: gado gado with cassava crackers, a betel leaf parcel with sticky pork, prawn, pineapple and peanuts and a kingfish sashimi with roast red pepper jaew, coconut cream and puffed rice. We very quickly realised that if the rest of the food was of this high calibre then we were in for a very tasty night. Each of the dishes had distinct flavour profiles with the heat of chillies or ginger and the tang of lime dominating. 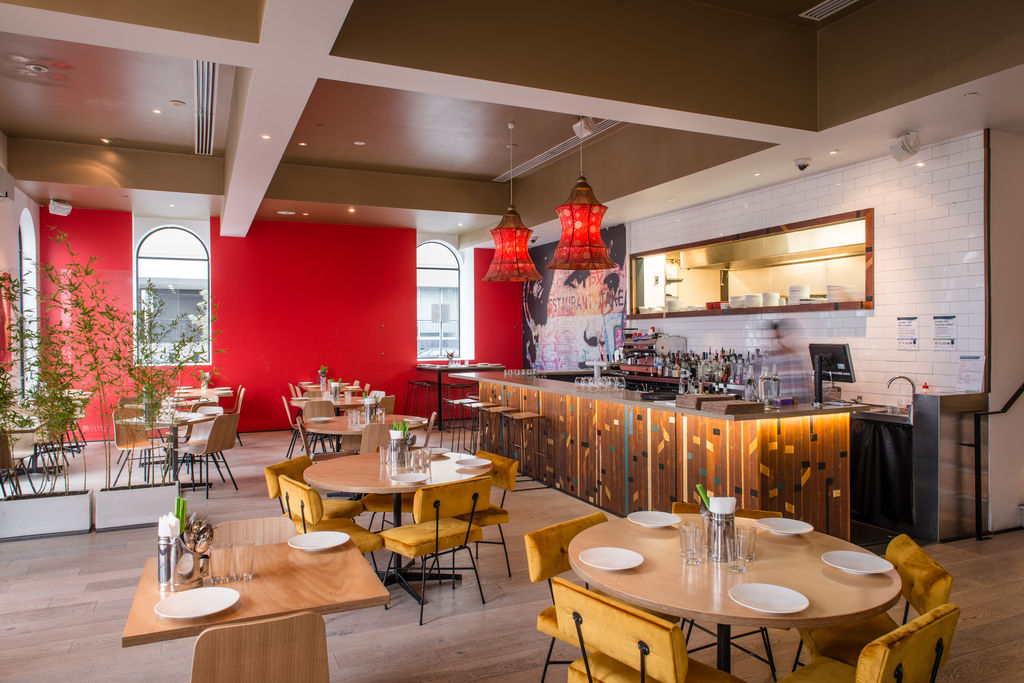 The debate to decide the best dish of the night was hotly contested, with opinions varying around the table. What was in agreement though was that all the dishes were amazing and it was a very fine line trying to split them.

Our meal concluded with a small dessert (thank goodness because by this time we couldn’t fit much more in!) of banana trifle with passionfruit curd, spiced coconut cake and peanut caramel. The peanut caramel was amazing and we were all scraping our bowls to make sure no traces were left. 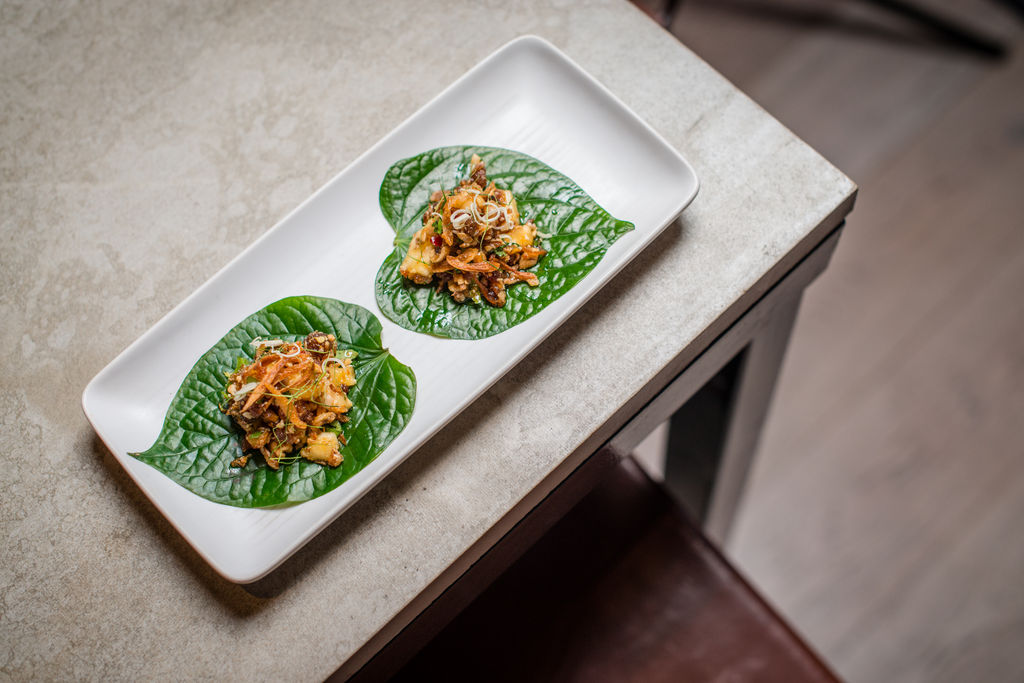 Our night at Tenpin Kitchen was fabulous, and we left so full that we were just about rolling out of the restaurant. I’m glad Tenpin has found a permanent location because we’ll definitely be back!

– Moni
Moni loves food. No really, she LOVES food. She spends a lot of time eating, cooking, photographing or writing about food.

Disclosure: The Plus Ones were invited guests of Zilla and Brook.
Image credit: Eugene Hyland.

Top events in June 2017 in Melbourne: where to go, eat, and party