What does it take to make a couple of North Siders venture down to Port Melbourne? A fresh look into Mr. Lawrence’s new digs showcasing full and flavoursome Middle Eastern fare. The Mr. Lawrence team had for a long time been the lucky tenants at an old Melbourne favourite, The London Hotel. Sadly, the building’s owners decided to go the apartment block route and we lost one of our most iconic pubs.

Luckily Mr. Lawrence co-owners Nick and Matt were able to secure a Beach Street location just 50 meters down the road. 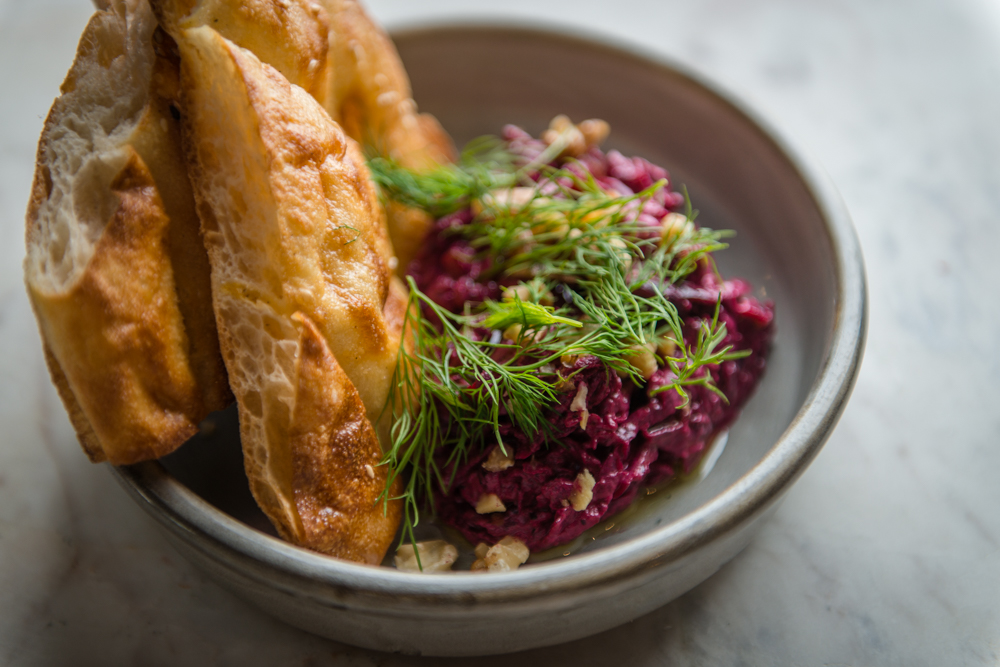 Spread over two floors, the new space has been open for two months, and has a light airy Port Melbourne (if you will) feel to it. New location means lofty trussed ceilings, tables hugging fireplaces, and intimate nooks and crannies. On warmer nights, we suspect its balcony with Port Melbourne beach vistas will also see many a cocktail sipped.

While the location has changed, the fare stays true to the original Middle Eastern atmosphere. On the night, we were fortunate to take a culinary journey sampling a lion’s share of the diverse and carefully crafted menu. Hummus (of course) with Aleppo mushrooms, basturma (cured beef), Egyptian falafel with labne, smoked trout, and spiced lamb pizza with house-made Turkish bread, to name some of our favourites.

Dessert saw Moroccan mess (shout out to the Eton mess) and tamariya (Iranian date balls), all the while Matt in the bar churned out rose and pomegranate punch accompanied by a select list of wines and craft beers. Shout out to the superb service. 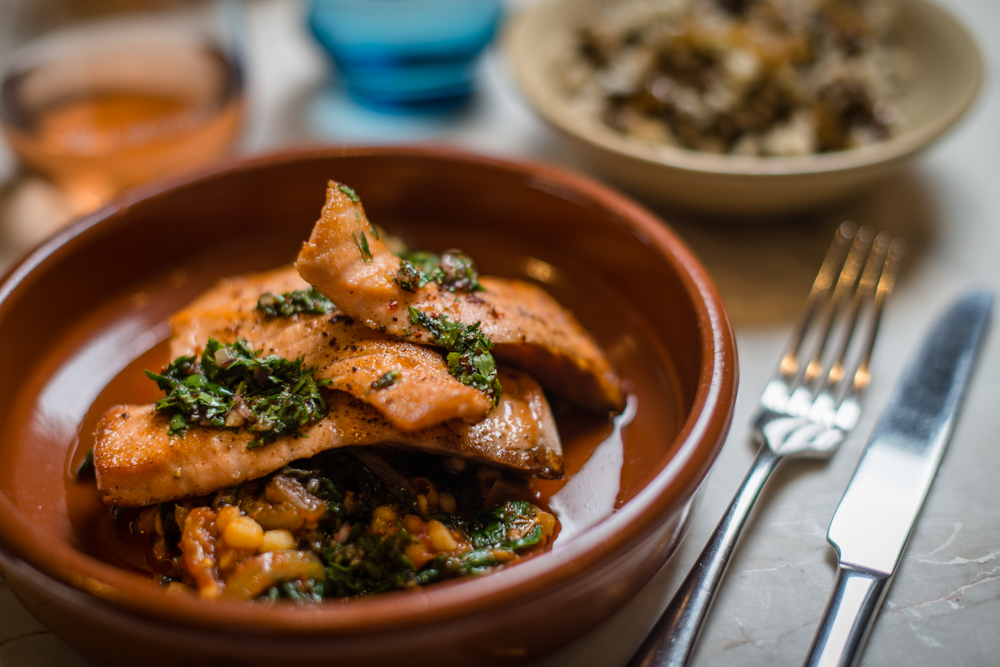 If you’re craving homemade Middle Eastern, water views, and cosy dining spaces, Mr. Lawrence is your new dining digs. Be sure to book the table next to the fireplace on those chilly Melbourne evenings.

– Matt M. and Rukmal
Matt is a mad scientist by day and beer connoisseur by night. When he’s not devouring a new set of craft beers you will find him in a dankly lit room plotting his approach at the next alcohol-related festival.

Disclosure: The Plus Ones were invited guests of Zilla and Brook.
Image credit: