Opera Australia has collaborated with Dallas Opera to give Melburnians the opportunity to see the rarely-performed King Roger by Karol Szymanowski. It’s a majestic production, executed beautifully with great imagination.

Unlike in many operas where there’s a clear conflict between characters, the eponymous protagonist in King Roger is struggling most with himself, and his own desires and weaknesses.

A new self-proclaimed prophet, the Shepherd, has come to town and is preaching freedom, pleasure, and love. At first everyone demands the King punishes and executes the blasphemer, but it’s not long before the Shepherd wins the crowd over with his orgiastic dancing and leads away the now uninhibited followers like a hedonistic Pied Piper. He takes the queen with him as well. The King is left in ruins, but faces his greatest challenge yet: temptation.

The singing, performing, and playing are all magnificent — a consistent feature of all Opera Australia productions. Particularly, baritone Michael Honeyman is marvellous in the lead role as King Roger, Filipino-American tenor Arthur Espiritu oozes with sexuality as the charismatic Shepherd, and soprano Lorina Gore delivers a solid performance as the pleading Queen Roxana. 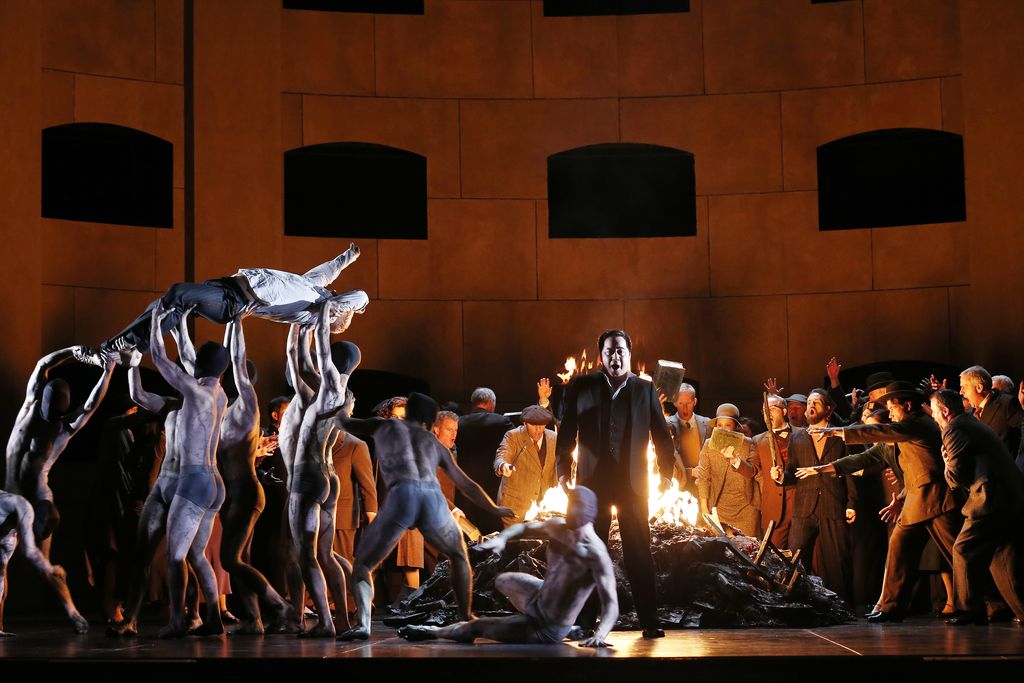 Accompanying them, a troupe of fleshy dancers are masterfully choreographed to seem like a debauchous organism, constantly trying to envelop the conflicted king. They are an amazing presence onstage with their fluid, sensual, and controlled movements.

What’s most striking in this production is the artistic design. Act I opens with a giant head in the middle of a three-tiered Byzantine amphitheatre, from which the chorus sings and produces fantastic sound. Superb lighting animates the static head to reflect the change of moods in the music and libretto. In Act II we go inside the head to see a structure of metal railings and platforms, the king’s castle and cage; here we explore the id. In Act III King Roger roams bleak ruins and arrives at a sacrificial bonfire, which is ablaze onstage.

This may be one of the only chances you have to see King Roger performed in Melbourne, and it is a fascinating, unique, and visually stunning experience.

A magical journey in ‘The Fairytale Lives of Russian Girls’