The Poppy Seed Theatre Festival‘s mission has artists swooning. Put simply, the festival aims to ‘help artists excel’. They achieve this goal by providing a select number of curated projects with cold hard cash, a theatre venue, and a publicist. In the case of ‘Ladycake’, the festival has given a helping hand to a theatre company comprised of 2015 VCA graduates Three Birds Theatre.

The show opened to a full house of supportive audience members. The set was a pink sequined version of the Palace of Versailles dotted with inflatable trees. Marie Antoinette’s handmaids flounce about in pink dresses and wigs gossiping about the queen (a character that is at the centre of the production, but who never appears on stage). These fresh graduates bring plenty of enthusiasm and an enjoyment of playing on stage with grand gestures and big facial expressions. 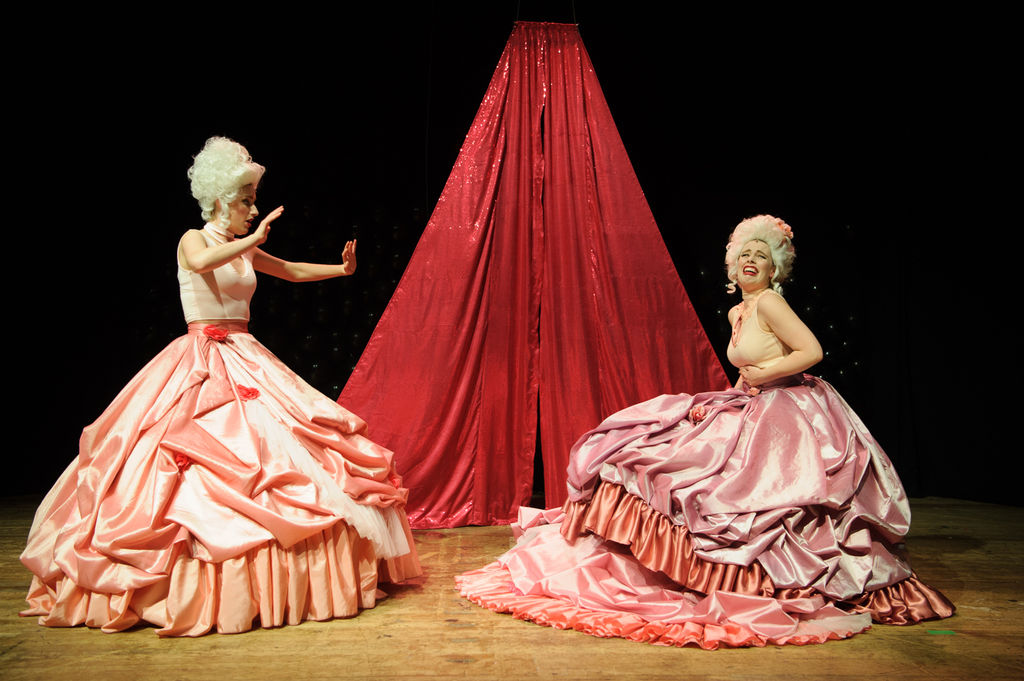 Still reeling from the U.S. election results, I came in with the assumption that a show about Marie Antoinette would pack more of a political punch. The show’s description includes ‘Marie Antoinette – teen icon, loving mother, draconian villain, murdered queen. How easy is it to tear a woman from her throne?’ The concept for political/social commentary was exciting, but as an audience member ultimately the message was unclear.

The characters spread gossip, project their fantasies onto their beloved queen, and ultimate spew out a list of contradictory ‘facts’ about the woman. However, it was difficult to feel invested in the story line. The characters were larger than life, with a lack of emotional sincerity. I struggled to feel a connection to the women or care about their fate. The only person that seemed to have a character arc is Marie Antoinette, and she never makes an appearance. 45 minutes into the production I was sitting on my folding chair desperately wanting the show to get to the point. 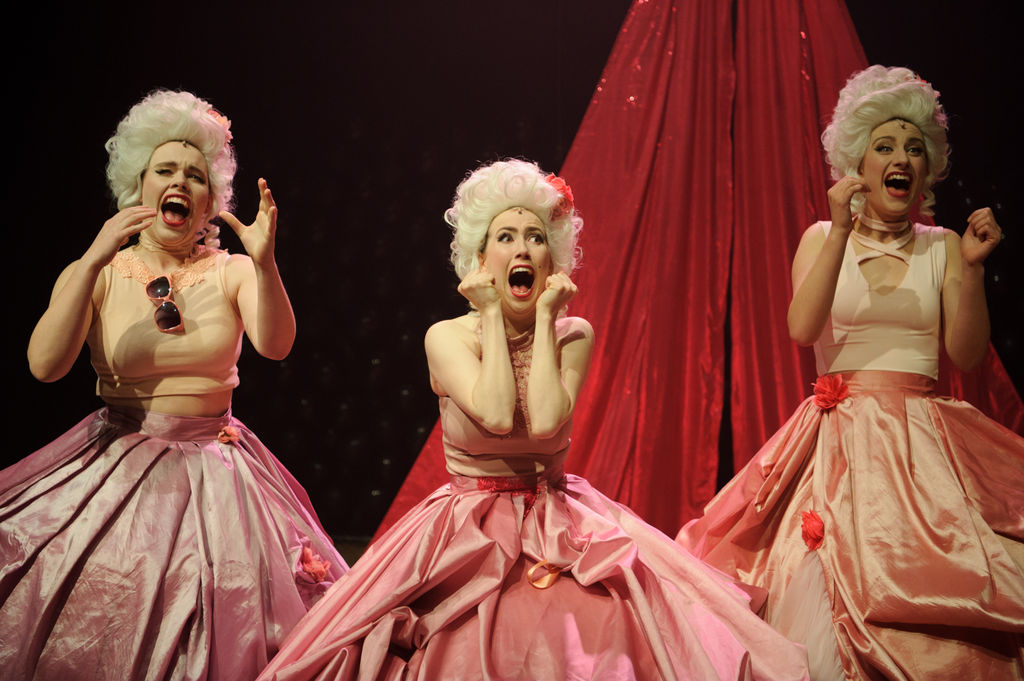 While not all of the material landed, the production made bold choices. ‘Ladycake’ brings the enthusiasm of a student show with higher production values afforded by Poppy Seed (and I applaud the festival for supporting a trio of young female artists!) Hopefully this experience provides Three Birds Theatre with a strong stepping stone from which they can continue their artistic journeys.

Disclosure: The Plus Ones were invited guests of Starling Communications.
Image credit: Sarah Walker.

In burgers we eat: Three One 2 One launches new burgers and shakes menu