There are a group of Melburnians who are out and about to re-create the live music experience. I had the pleasure of attending a gig a while back at the Montsalvat Arts Park which was staged by So Far Sounds who specialise in secret gigs and intimate concerts. This time, we were treated to an experience by the Play On team. Similarly, the team aims to break the mould for live music, presenting classical alongside electronic music in unusual spaces.

The space they chose for their November 2016 series was an underground carpark in Collingwood. Located somewhat inconspicuously near the suburb’s social housing, the venue proved fittingly edgy. 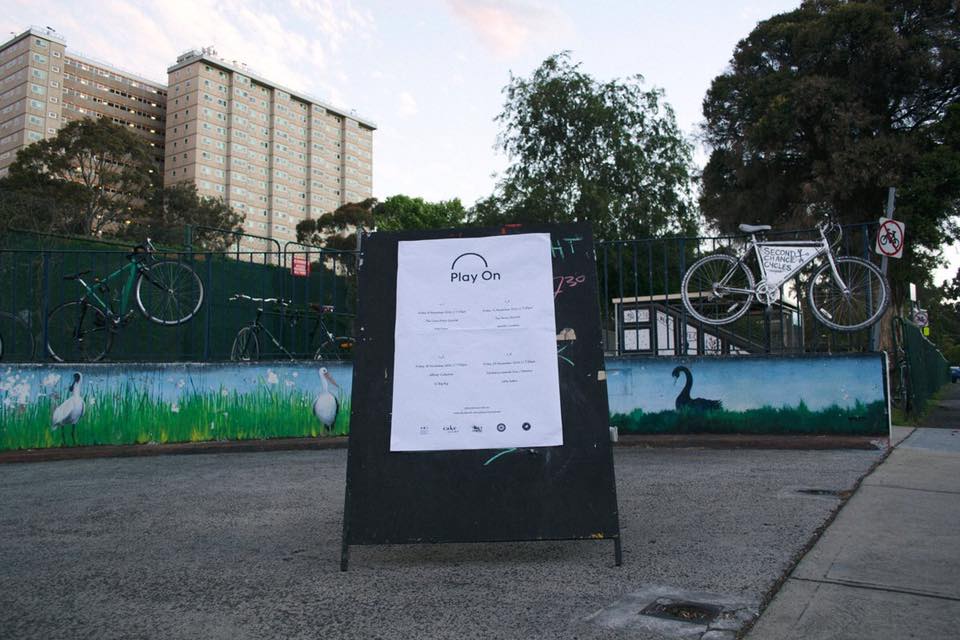 Inside, the team had organised two spaces: one for the classic gig and one for some electro. It was a sold-out evening which highlights, to me, that the Melburnian appetite for live music remains strong. You do, however, need to be creative!

I still love that there are unused (I think) and undiscovered places just a stone’s throw from where I live. Moreover, I love that there are creative and talented people with an eye for the unused, and the ability to transform those spaces into live music hubs.

Stay tuned to Play On’s Facebook to find out about upcoming events.

Disclosure: The Plus Ones were invited guests of Play On.
Image credit: Play On.