The last time I went to Altona was for a sailing session with the Midsumma Festival. That was over two years ago, and that article — one of the first on The Plus Ones — would not pass the muster these days. How much things change in two years. As we drove down the Pier St/Blyth St thoroughfare towards Two Bros on Blyth, there were hundreds of kids out and about. Out and about on a cold winter’s day at 7pm? I felt like we had missed a step in not coming to Altona more often. Upon closer look though, they were all staring at their phones. Pokemon Go.

The main strip in Altona though is slick and Two Bros is a unique addition. After the dynamic team of Michael and Ehab (bros) overcame typically nonsensical council issues, they built their vision from the ground up. Two Bros on Blyth is a combination of traditional restaurant and alfresco dining below and sleek bar upstairs. The team’s main desire was to provide rapidly expanding suburb with something different. 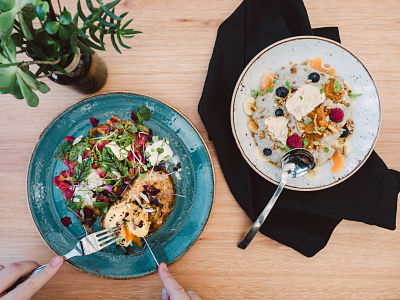 Last year, a popup highlighted that the idea was viable and that they had a chance to make something special. It was evident just how much effort the entire team had put in to make it happen. Founders breaking into tears during a speech (like at Garden State Hotel) is always a good litmus test in my mind. Aptly, the MC for the night noted that Westsiders don’t cry, they stab without remorse (he joked…). 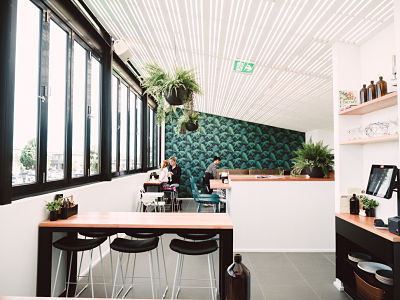 On the night we were served an eclectic selection: charcuterie boards, tempura cauliflower, crispy whitebait, Korean BBQ wagyu sliders. Given the selection, I suspect that the venue will have a fairly broad appeal and we look forward to seeing its success.

Disclosure: The Plus Ones were invited guests of True Tribe.
Photo credit: True Tribe.

‘A Very Modern Marriage’ at The Owl & Cat Theatre in Richmond

A psychedelic night with Peter, Bjorn and John