Jack Daniel’s whiskey is know the world ’round. Straight out of Lynchburg, Tenneessee, it’s one company that makes this American’s heart sore with pride. 150 years old this year, they’ve set up one of their iconic whiskey barrel houses along the Yarra River to celebrate.

I braved the rain and cold to catch up with TPO writers Brenton and Tomas on a typically rainy/windy/horrible winter’s evening in Melbourne. Nothing looked better to this soaked girl than the welcoming lights of the Barrel House, situated right in front of the Crown Casino. No expense has been spared for the Jack Daniel’s Barrel House, a reconstruction of the actual barrel houses that mature the whiskey in Tennessee. 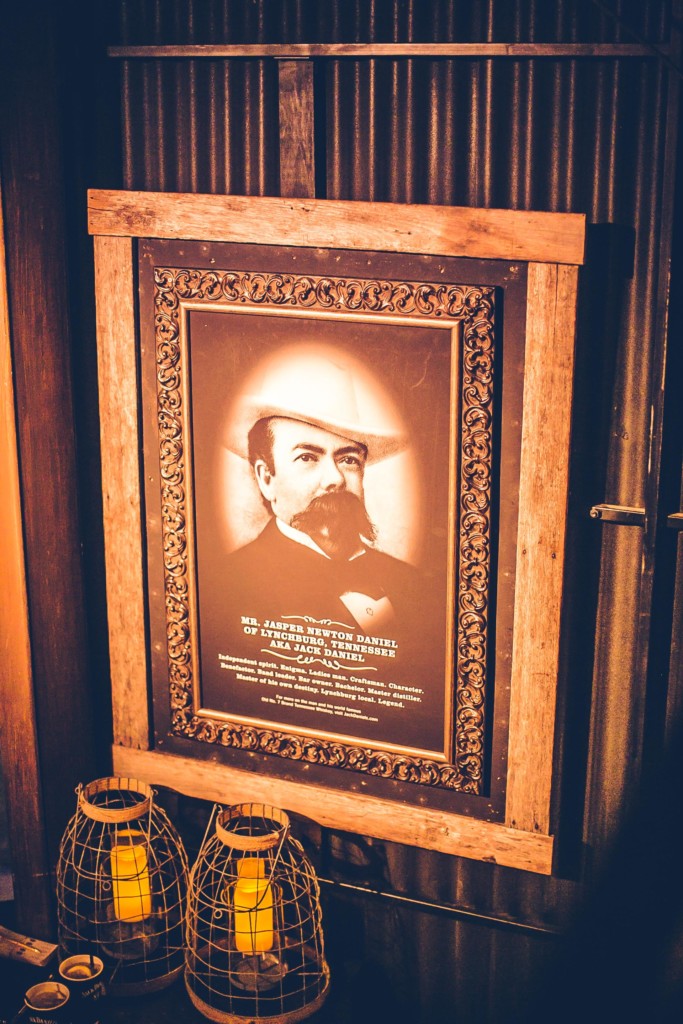 Inside it’s surprisingly cosy, with a stage on one side, a balcony on the other, and a huge bar stretching the length of the room. Bartenders furiously concocted signature drinks whilst standing in front of what looks like (on first glance) open flames in fireplaces, but turns out to be much more OH&S-worthy trompe l’oeil versions. The overall effect is pretty neat.

We ordered off the tailored menu, quaffing cocktails ranging from a mule to the Honey Dry to everyone’s favourite, the ‘Lynchburg Lemonade’. There are also shots of Gentleman Jack and Jack Daniel’s Tennessee Fire, which I may or not have done several shots of. Food-wise, we got stuck into American-style dishes. Ubiquitous mini pork sliders, spicy chicken wings, chorizo sausages, and — mmmmmm — mac’n’cheese. So, so good. The perfect winter foods. 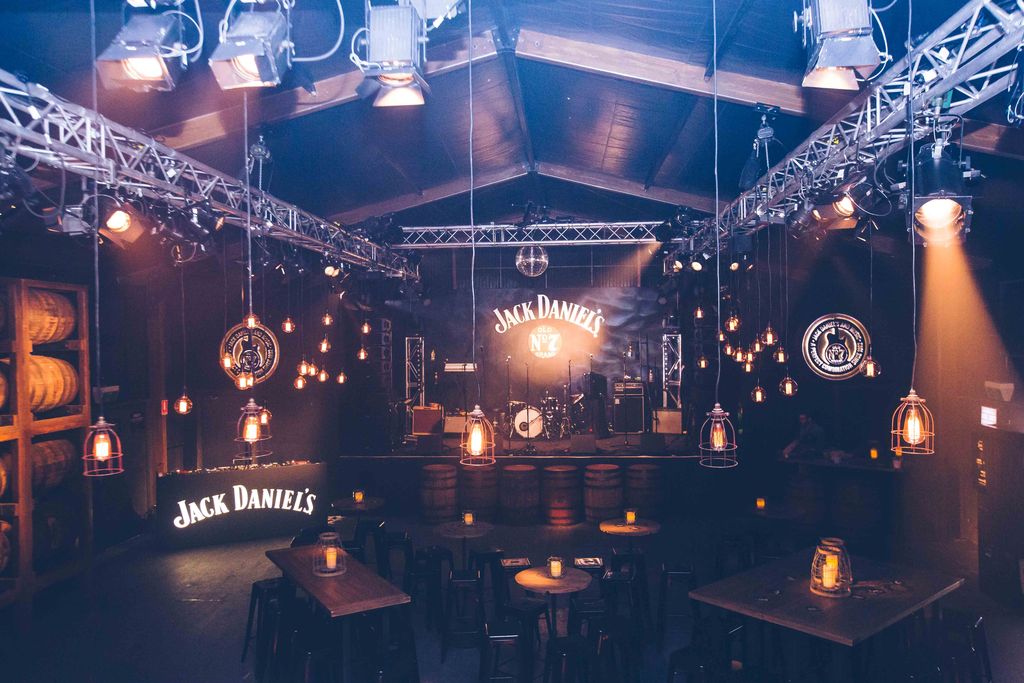 It’s not just about drinking and eating: there’s entertainment. I had a couple of goes in the photobooth, complete with me draping myself over three guy friends; and there are Oculus Rift-style glasses where you can take a visual journey to the site of the Jack Daniel’s Distillery. Sure made me want to go to Tennessee the next time I’m in the U.S.

Rounding things off, there’s the fantastic live music. The Immortal Silver Cornet Band (Melbourne’s Immortal Horns in disguise as Jack Daniel’s original brass band from the 1800s) played covers of well-known tunes. You’ve never lived until you’ve heard a Beyonce song as done by a trumpet. The Delta Riggs showed what a truly awesome group are like on stage, garnering everyone’s undivided attention with their brand of rock. Coming up, the Barrel House will host names like Kingswood, Epic Brass, and more. 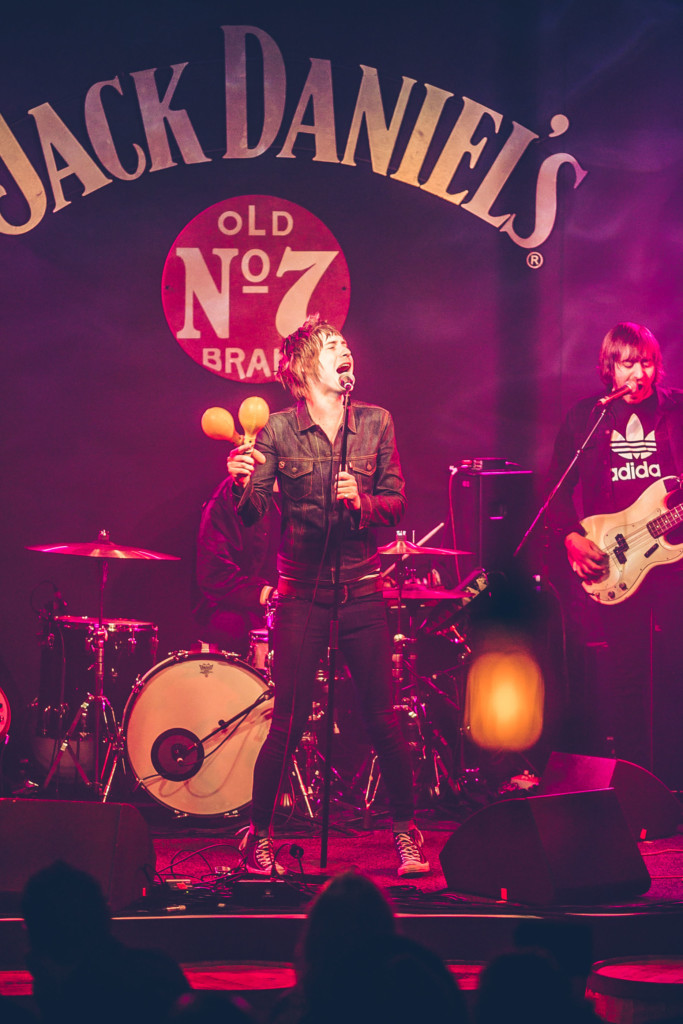 The perfect antidote to a cold winter’s night, head down to the Jack Daniel’s Barrel House for some smooth-sippin’ Tennessee whiskey, some great music, and some delicious American comfort food. But act fast: this Barrel House won’t be here forever.

– Theresa
Co-founder of The Plus Ones, Theresa will definitely head to the original Jack Daniel’s distillery at some point in her life.