Melbourne’s newest bakery, the eponymous Gontran Cherrier, has just opened its doors on Smith Street in Collingwood. Say it with me: Gontran Cherrier. gone-TRA share-ee-EH. Oui, it’s French! It also happens to be the name of the Frenchman responsible for this outpost of French pastries making its way to Australia. 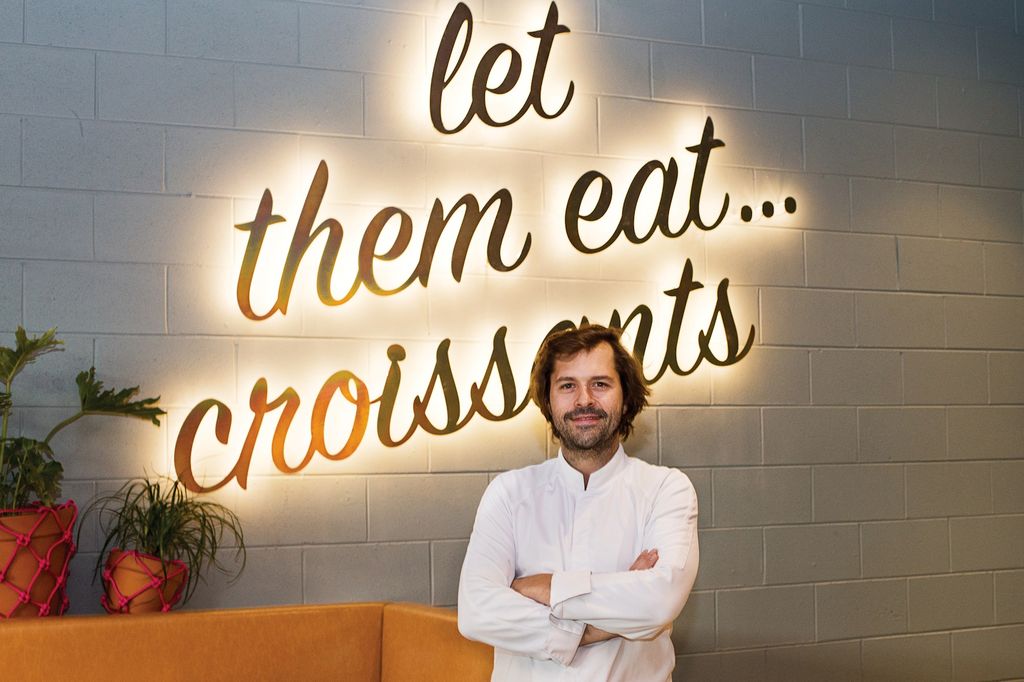 Gontran — on hand for the sneak preview a few days before the shop opened — is a superstar in his native France. A fourth-generation baker, he’s opened bakeries around the world. 27 so far, with more in the works in Asia. No two are alike — not how they look, not what they sell. For his first Australian location, he came up with the first-of-its-kind: half bakery, half cafe.

Enter the storefront and pick between sitting under the ‘Let Them Eat…Croissants’ sign and devouring their lunchtime menu; or dart in and out for a loaf of bread, a bun, a croissant. And of course, treat yo’self to a few pastries while you’re at it. My pick: the Lintzer. Cinnamon shortbread with raspberry jam, get in my mouth right now. 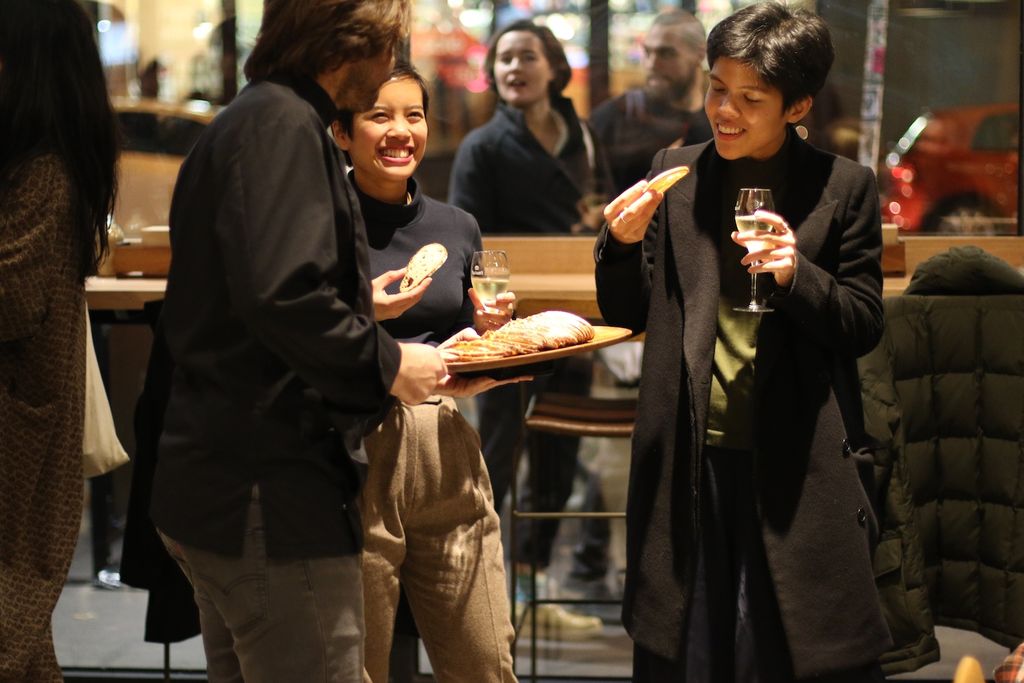 Gontran passes around nibbles to guests

The night TPO co-founder Rukmal and I attended we were treated to a selection of delights from the menu, some passed around by the vivacious Gontran himself. It was hard to pick my favourite between the croque monsieur (with Pacdon Park free-range ham, gruyere bechamel, and dijon) on top of saffron-coloured curry bread, and the avocado on rye miso bread. The bread is, bien sur, a standout. And no wonder, what with flour shipped from France and a bakery in the basement churning out fresh loaves and buns daily. 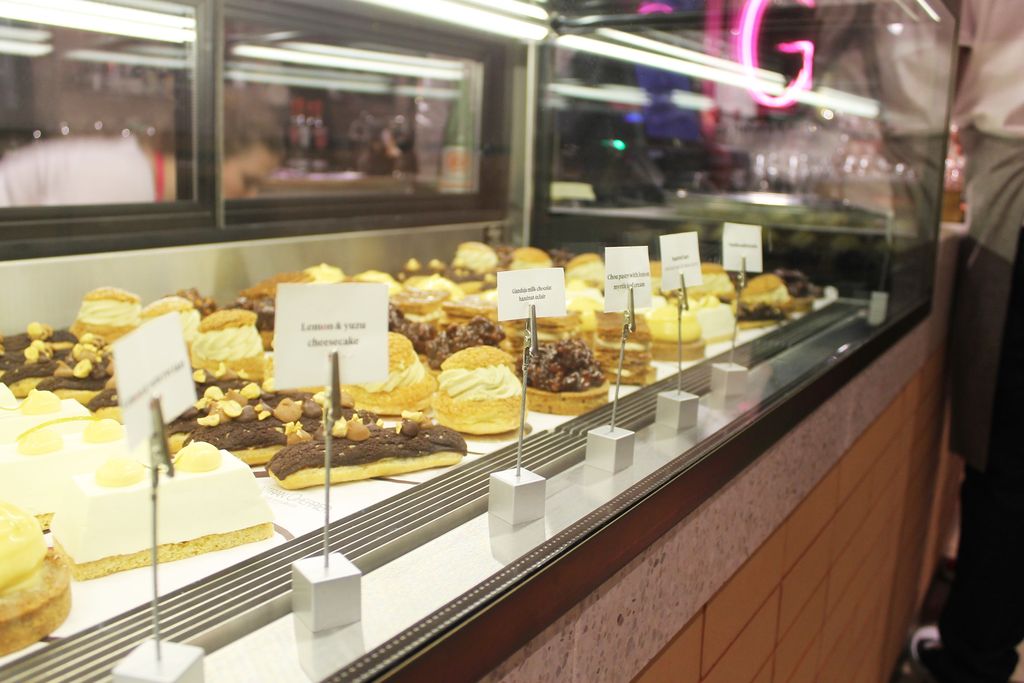 Parties need booze, and we washed down our delights with glasses of Dom Ruinart’s Blanc de Blancs Brut 2004. While they presently only serve mocktails, perhaps a liquor licence that can be added on. I can think of nothing better than a croissant with wine as a late-night Smith Street snack.

I’ve already taken a loaf of the black-as-night squid ink baguette to a dinner party, to rave reviews.

– Theresa
Co-founder of The Plus Ones, Theresa is grateful Gontran’s wife Jenny gamely put up with her high school-level French.

Disclosure: The Plus Ones were invited guests of Zilla & Brook.
Photo credit: Hayley Benoit.