It was a cold and dark Saturday afternoon in Melbourne when I journeyed on the free tram (included in our ticket price) to the Color Run Night Melbourne. No, I am not like most other people who consider running a chore, and would much rather be in some cozy pub on such an occasion.

I love running and have been running on-and-off since I was a kid. I love the feeling of ease and clarity it brings to my mind. Since finishing the Melbourne Marathon for the first time last year, I’ve been looking for ways to encourage my friends to take running up, too. A fact my poor plus-one friend Jacinta was now experiencing.

It was to be Jacinta’s first 5km run. After working herself up to a decent pace in the months prior, I thought might be a fun way to inspire her to do even more. Okay, so the tutu and glowstick add-ons at registration were a little nonsensical to me (ditto for the use of the word ‘glowtastic’), but the chance to run around Melbourne’s famous Flemington Track sounded like fun. 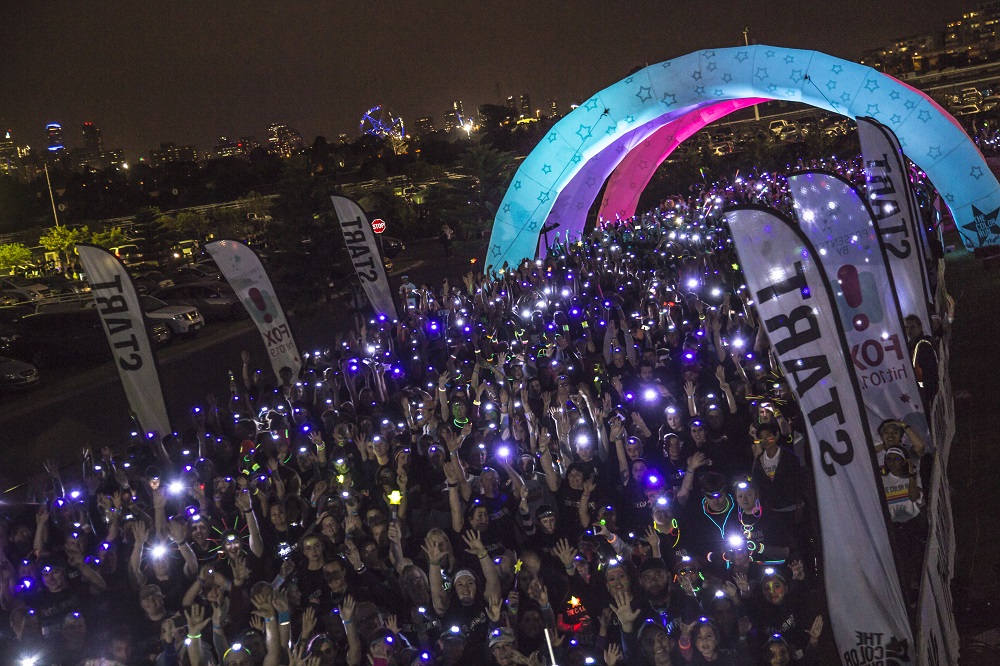 That was before the rain started, and the signage never showed up. Having run countless 5km, 10km, and more runs over the years, you come to expect certain things; and you also get pretty good at judging distance. The lack of signage for each kilometre was a little annoying to me. While the colour zones were meant to mark these, I’m pretty sure they were a little off.

However, as I looked around at the many volunteers that had turned up to clap our hands as we ran past, the face of my friend as she completed the run with a smile, and the queues of people still waiting to start when we were done, perhaps I had completely missed the point.

As a non-timed event full of families, friends, and rainbow outfits, The Color Run is definitely a great way for non-runners to earn some confidence and ability. It might even help lead them to love running as much as I do!

– Collette
Collette Swindells is a Melbourne-based fashion designer for AYLA Maternity. When not running around in the dark with a headlight on, she also likes to hit the yoga mat at Nth Yoga.

The Color Run returns to Melbourne (in the daytime) the last weekend of November. Sign up to be a VIP to get advanced notice and discounted tickets to ‘the happiest 5k on the planet.’

Disclosure: The Plus Ones were invited guests of Bastion Effect.
Photo credit: Luke Ballard.

‘The Boys Club’ at The Owl & Cat Theatre

Good Beer Week 2016: The Plus Ones’ guide to the ultimate beer experience