It’s better than Xmas! At least that’s how I felt bouncing around my lounge room in my pyjamas the morning the Good Beer Week program launched. With 270 events in the festival this year, there is an awesome range of everything from barrel aged and wild beers, home brewing competitions, and a mind-boggling amount of beer and food pairings! Here are some highlights to wet your whistle. 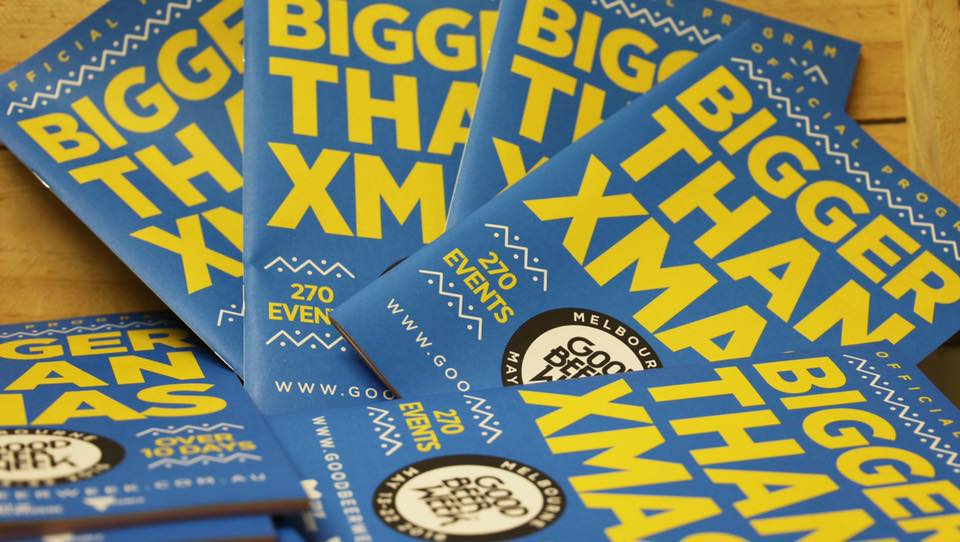 Opening Night Party
Break out your favourite beer t-shirt and meet us at Beer DeLuxe for the opening night party. This is where all the fun kicks off. Admission is free and so is your beer, if you rock up wearing a ‘Better Than Xmas’ jersey. Get the pattern.

Woods of the North
The 3 Ravens crew know how to have a good time. Creative Australian brewers will be breaking into their secret barrel rooms to pour their barrel aged beers alongside craft spirit producers. Head over to the ‘Pleasure Palace’ – a boilermaker bar where you can pair your favourite beer and spirit. As if that wasn’t enough, there’s also smoked southern style bbq and live music. Get your party pants on for this one.

Ice Ice Penguin
Ever wondered how a 32% ABV beer tastes? Wonder no more. Two Row hosts punk brewers Brewdog with tastings of their Tactical Nuclear Penguin and sneaky sips of Sink the Bismarck for a mere $17.

Vic versus the World
I attended the first instalment of the Craft Showdown Series and I can say with confidence: GO. Terminus knows their craft beer and have selected an awesome line-up of brewers pouring weird and wonderful beers. International and Victorian brewers (including Stone, Tuatara, and Boatrocker) will go head to head to claim the people’s choice award. 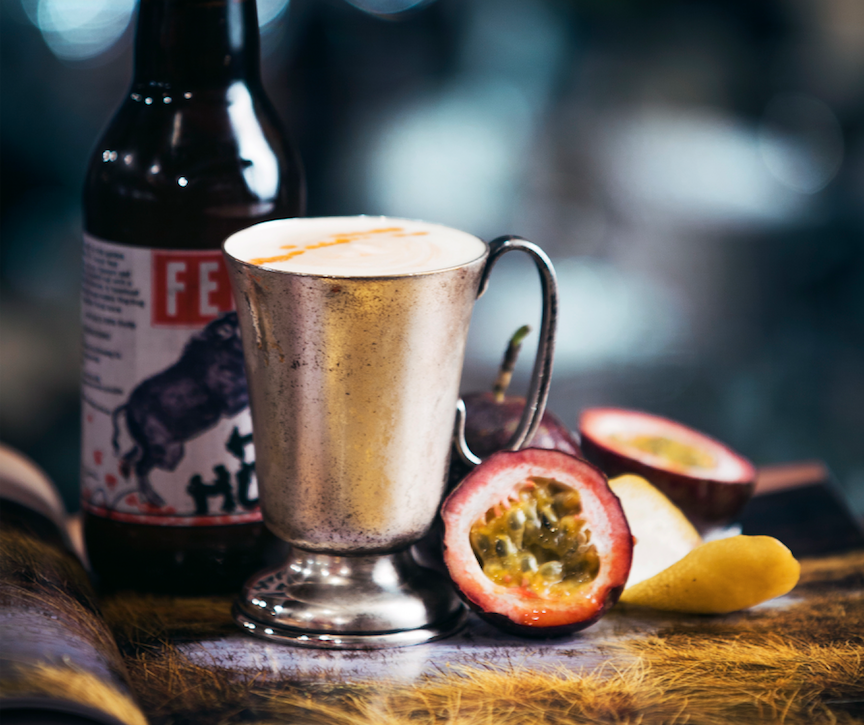 Brewers and Chewers
Want to date a brewer? The Local Taphouse is making this fantasy a reality. For those that don’t dream of beardy beer men, let’s call it an intimate meet the brewer session. At Brewers and Chewers, the Taphouse hosts a dinner party – speed dating style. Eight brewers will rotate around the tables for a night of great beer, food, and conversation. Swipe right for this one.

Crafty’s Pint of Origin Bus Tour
Join The Crafty Pint for a guided tour of the Pint of Origin venues. The experience includes lunch, transportation and four beers at each venue hand selected by Crafty himself. This is an awesome amount of beer tasting and I can’t wait to get on board.

Beer’s Best Friend is Set in Stone
Sometimes it’s the simple things that add so much joy to our lives. In this case, it’s toasted cheese sandwiches and delicious beer. Stone Brewing Co.’s original brewer and co-founder, Steve Wagner, is out from the States to talk us through the best of Stone’s beers. Gooey cheese sandwiches grilled to perfection will accompany the USA powerhouse craft beers. 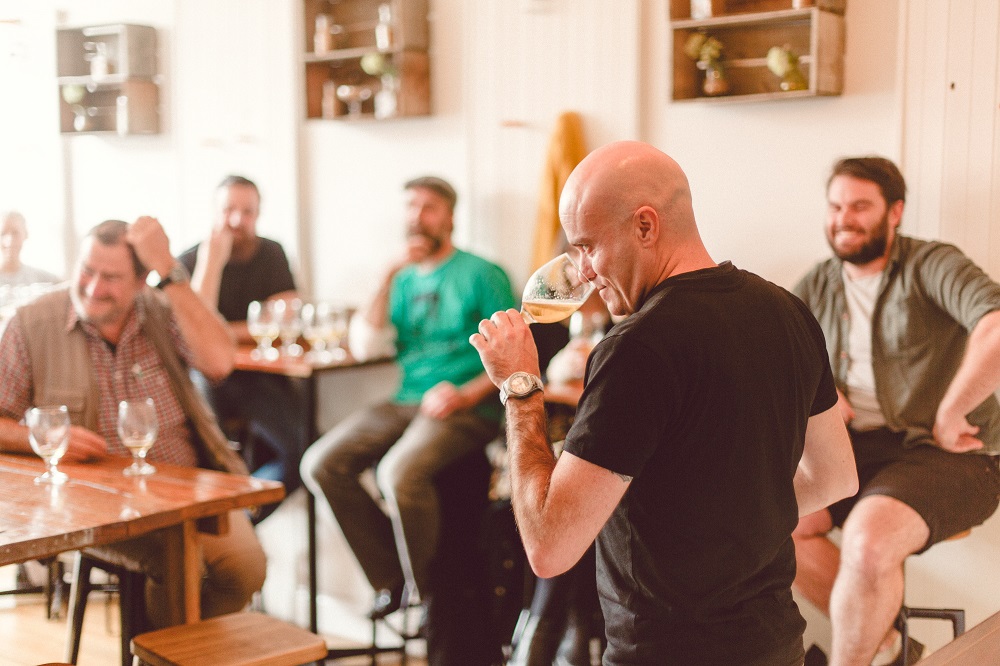 The Ramen Boilermaker
Okay, I actually don’t know what constitutes a ramen boilermaker, but I’m willing to find out. Shizuku Ramen wins for the most unique food pairing this year. With both Boatrocker Brewing and Starward Whisky featured on the menu, who am I to argue? The menu includes Starward whisky ramen, entrees matched with Boatrocker beers, and a barrel aged imperial stout float for dessert.

Brewer Hosted Beer Tasting
McCoppins is a good-beer bottle shop year round. This year they are hosting a massive tasting with the brewers themselves. Over thirty different beers from New Zealand brewers Epic, 8 Wired, Liberty, and Hop Federation are set for sampling. Gumbo Food Truck will be on hand to keep you going. Entry is free.

Whisk(e)y, Cheese, and Beer
Just one more beer and cheese pairing, I promise. I can’t go past three of my favourite things coming together for one delicious night. La Sirène farmhouse style ales, gourmet cheese, and Boilermaker House whiskies. Top it off with a Boilermaker House speciality cocktail on arrival and you are set for sweet Monday evening of matchmaking.

Great Australiasian Beer SpecTAPular (GABS)
A Good Beer Week guide wouldn’t be complete without GABS. The Great Australasian Beer SpecTAPular is held in the Royal Exhibition Building. It is epic. In addition to the craft beer stalls and food vendors, Australian and New Zealand brewers create 120 different beers and ciders brewed exclusively for the festival. The beers they brew are kept secret and are a fabulous range of flavours and styles. Last year included ‘Banoffee Pie’ American Brown Ale by Mismatch Brewing and People’s Choice winner ‘Milk and Two Sugars’ Sweet Stout by BrewCult. Oh, and this year there’s going to be a Ferris wheel.

Good Beer Week runs May 13-22 2016 at venues throughout Victoria. Purchase your tickets now, as many events will sell out.