What comes to mind when you say ‘Peru’? For me, it’s the Andes, llamas, and beautiful textiles. I certainly didn’t know much about their cuisine. Which is where Peruvian restaurant Pastuso come in. Hidden down a laneway like all the best Melbourne bars and restaurants, it’s putting Peru on the map for Australians.

Billing itself as ‘a Peruvian grill, cevicheria, and pisco bar’, it showcases all Peru has to offer. They cure their own beef on site with Murray River salt, use sustainable fishermen from Tasmania for their ceviche, and generally combine the best of Australian produce to create traditional Peruvian dishes. Rukmal (TPO’s co-founder) and I had previously been there for the Time Out Food Awards. We were more than happy to return for a taste of their menu at a special event by Zomato. 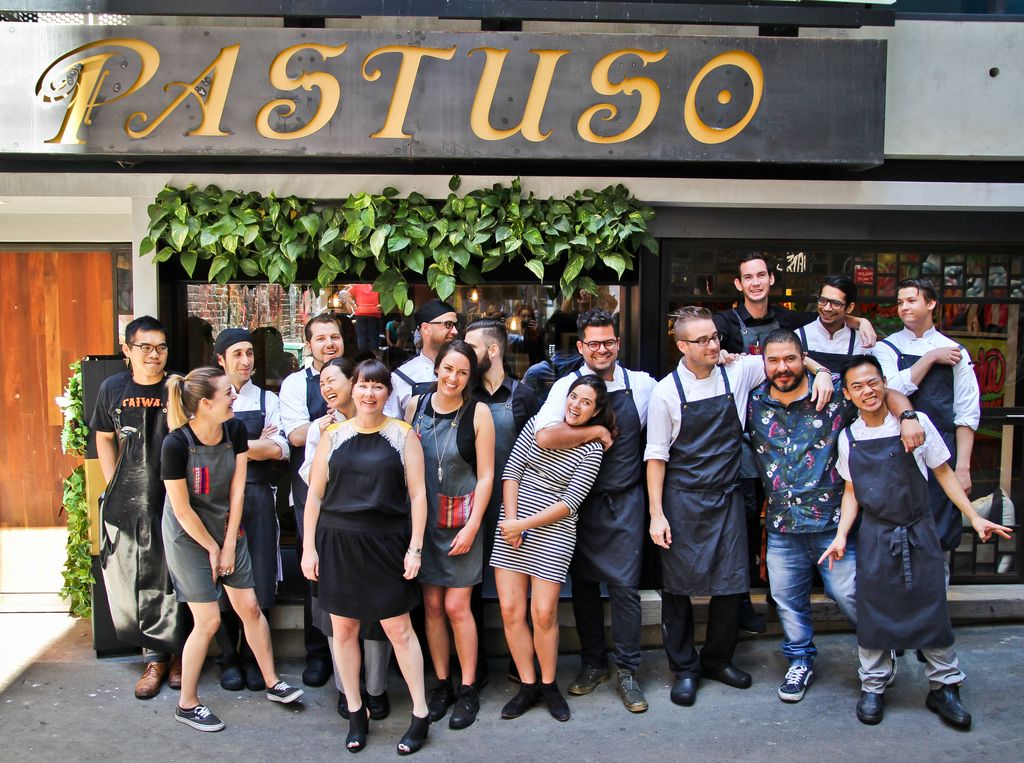 Starting off, we paired cancha (dry roasted Andean corn kernels — so crispy! so unusual!) with a welcome drink: the famous Pisco sour. I recently had one at the Peruvian restaurant Harley House at the erotic speakeasy I went to last month. I’m calling it now: it’s the new ‘it’ drink in Melbourne this year. Miguel, behind the bar, not only explained what Pisco is — apparently it’s distilled from grapes, and is similar to brandy — but he whipped one up before our eyes. If you’ve never had one before, you’ve got to get on it. And don’t listen to those Chileans who say it’s from Chile. Pisco sours are Peruvian all the way, okay?

Next up: food time! The first thing to remember when you’re with food bloggers is the adage ‘the camera eats first.’ As Rukmal gamely sat alone at the table and started ploughing through the tasting plates, the rest of rushed over to where the Pastuso staff had helpfully put some beautifully-plated dishes on tables in natural light. It was like they knew exactly what Instagrammers need. Wonderful to behold.

The standout dish for me was the Bonito Nikkei, ‘bonito with briased shitake mushrooms, aji mirasol and rice wine venegar dressing’. We were told that ‘Nikkei’ references the Japanese-Peruvian culture. I knew that Brazil has a large Japanese population, but didn’t realise there was a fusion cuisine going on in Peru, too.

This is what’s so special about Pastuso. Not only will you be treated to the finest and freshest local ingredients, but you’ll be taken on a culinary journey while you’re at it. Pastuso more than makes up for the fact we’re so far from the Andes.

-Theresa
Co-founder of The Plus Ones, Theresa’s going to say it again: the Pisco sour is THE cocktail in Melbourne this year.

Disclosure: The Plus Ones were invited guests of Pastuso.
Photo credit: Thomas Holst Photography.

Comedy Festival: Felicity Ward – What If There’s No Toilet