Melbourne never stops. From rooftop fashion parties, to pop-up cinemas combining food with film, we’ve got it all. Here, in our monthly wrap series, we’re showcasing a few of our favourite happenings in March. 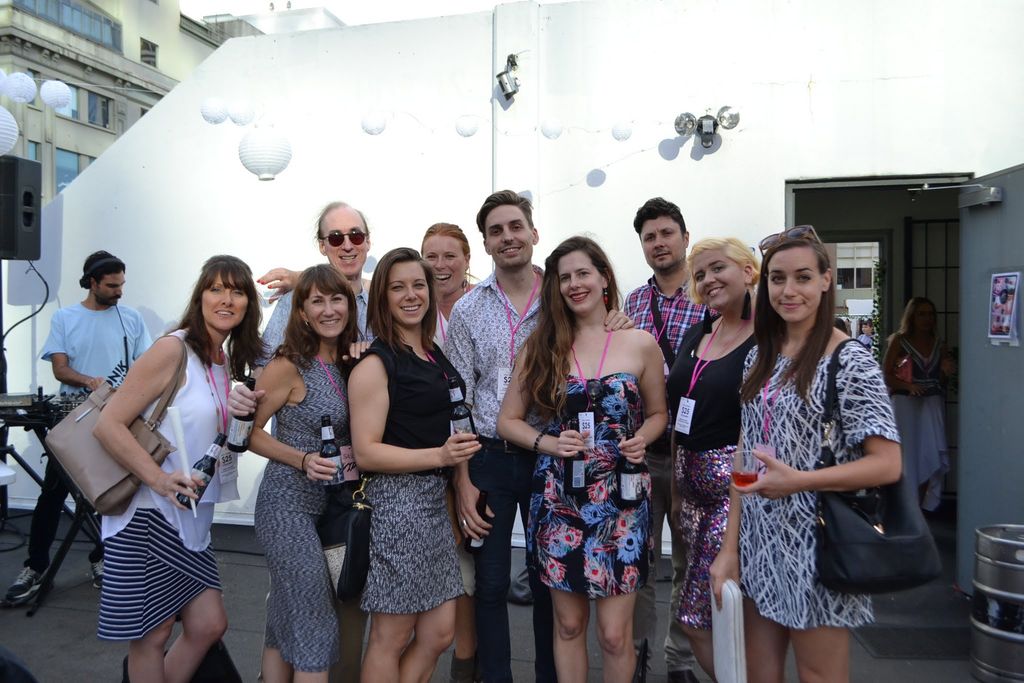 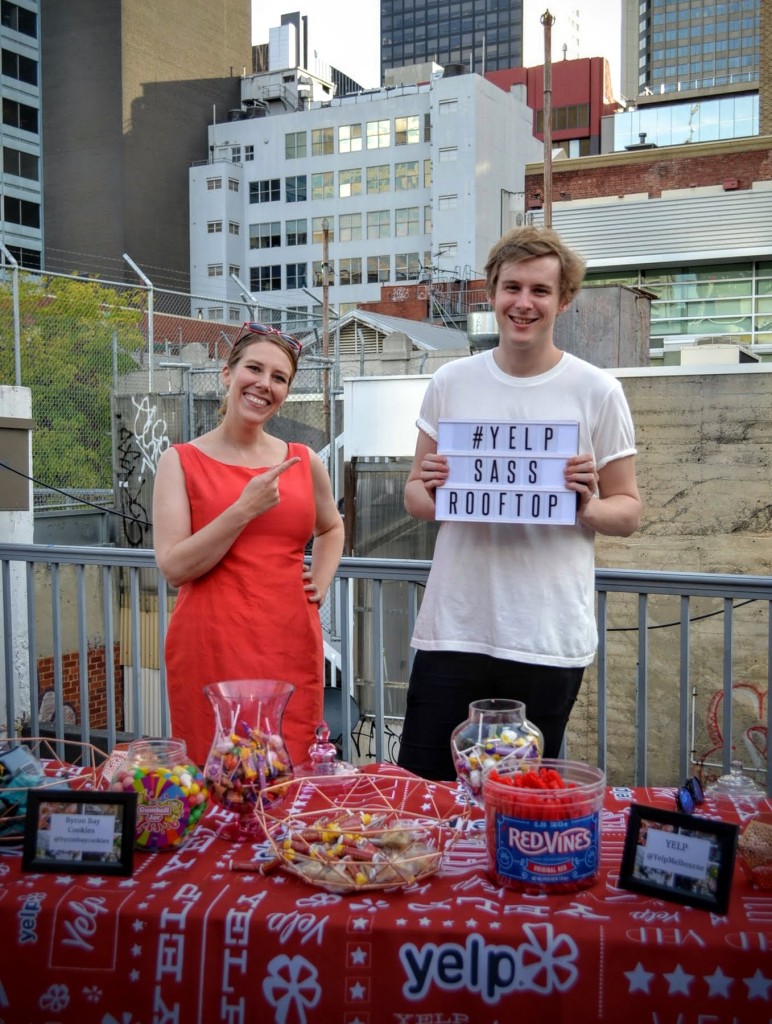 TPO’s Jenny at the Yelp booth

Trust Yelp to put on a good party. We’ve gone to many of their events, and they always know how to throw a great shindig. This time ’round it was a night of two back-to-back rooftop fashion parties at L1Studios. Yelpers got to mingle through two stories of rooms and rooftops, checking out the likes of SASS Clothing and Piknic Electronik (whom we love).

Drinks were provided by Bear Essentials Pineapple Cider (I was nervous about the pineapple overwhelming the flavour, but it was quite good), TAP Wines, Pressed Juices, Vodka-O, and coffee from Sensory Lab. You could say we didn’t leave thirsty. Food-wise, I managed to try a bit from Sushi Hub, but the talk of the night was definitely over SpunFairy Floss — and whether or not it’s called ‘fairy floss’ or ‘cotton candy.’ (Also: how much is possible for one adult it eat.)

This was a bit of an unofficial TPO party, with many of the lovely writers in attendance. You can see some of us in the photos above. Yes, we always manage to colour-coordinate. It’s the TPO way.

-Theresa
Co-founder of The Plus Ones, Theresa loves a good rooftop party.

Join Yelp, download their app to start reviewing, and come along to their fun events for Yelpers. 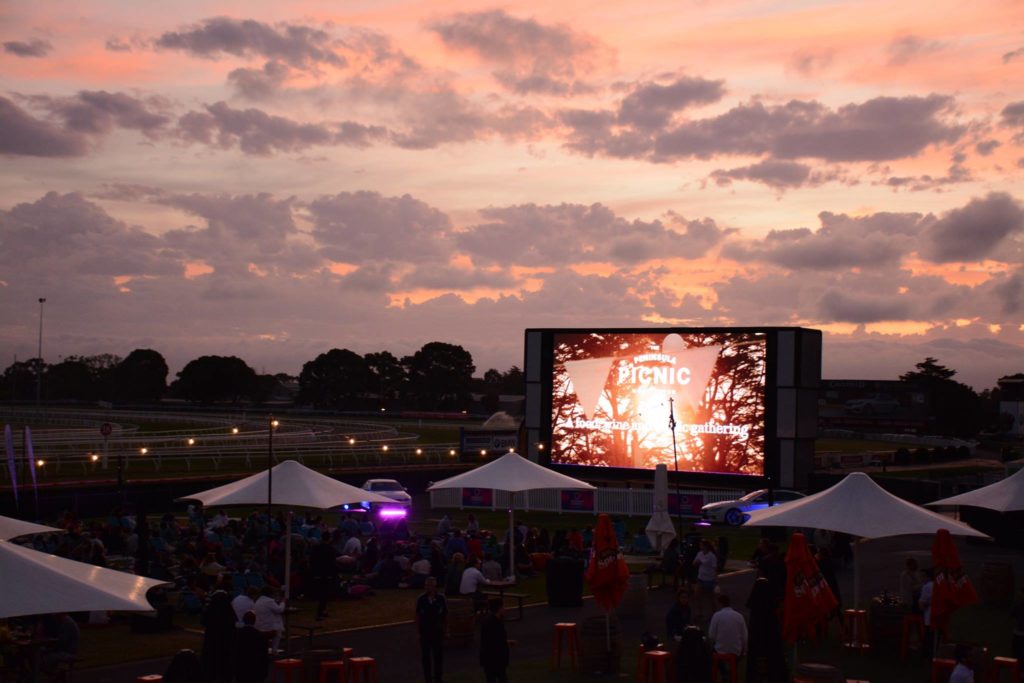 Have you ever watched a movie and thought to yourself ‘I want what they’re eating’? I guess Gourmet Cinema at Caulfield Racecourse were thinking the same thing when they held a March outdoor cinema series that complements a feature film with film-inspired food from some of Melbourne’s leading restaurants.

Outdoor cinemas are very Melbourne. Picture yourself sprawled across a picnic rug on cool, emerald green lawns awash by the luminescent glow of the giant cinema screen while the sun slowly dissolves into the horizon. Gourmet Cinema pimped this vista to another level by enlisting the culinary expertise of some of Melbourne’s finest, including Le Bon Ton, Baby, Mamasita, and Luxbite. This session was The Big Lebowski paired with ‘Merican grill from Le Bon Ton. And just when you thought it couldn’t be more blissful, Deliveroo were on point to deliver your Mamasita grilled fish taco right to your picnic rug GPS location as you fondle Caulfield Racecourse’s grass with your bare feet. Melbourne life.

Find out more about Gourmet Cinema on http://www.gourmetcinema.com.au/ and on their Facebook page. 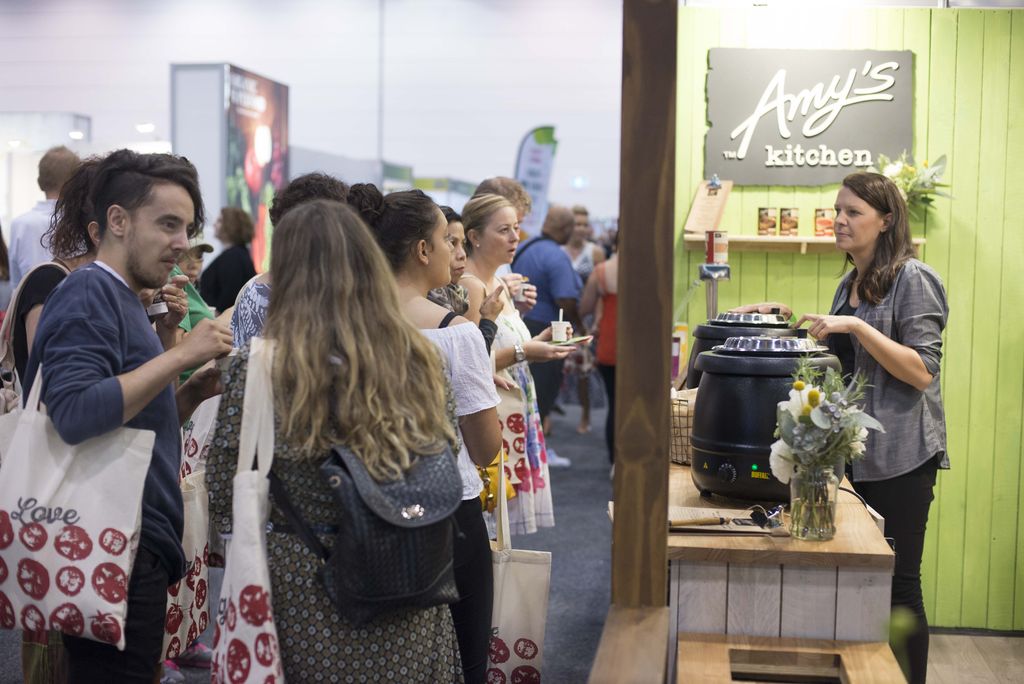 I normally steer clear of large exhibitions, as I find them overwhelming. But when I got an invitation to a tasting at Amy’s Kitchen, part of the Natural & Organic Supershow. I’ve long been a fan of the Californian brand’s soups — I eat them for lunch almost weekly. So an invite to a tasting was just the ticket to lure me to the Convention Centre.

I made my way to Amy’s Kitchen’s stall, all painted wood with pots of soup ready for punters to try. I got to sit down with the Amy’s Kitchen and Bondi Advertising teams, who’d warned me to ‘come hungry.’ Let’s just say that I’m glad I skipped breakfast. After sampling the all natural, organic, vegetarian (and many vegan/gluten-free) dishes, I fell in love with the broccoli and cheddar bake and the pad thai. I feel gypped that I’ve been eating their soups for so long but didn’t know about everything else. Now I can spread the word!

After a quick stop to sample some Melbourne-made kombucha, I had to rush off. But, like all good conventions, I left with a showbag over my shoulder.

– Theresa
Co-founder of The Plus Ones, Theresa’s always up for new experiences. Especially involving showbags.

Visit www.amyskitchen.com.au to find out about their products, and check them out at your local supermarket or organic shop. 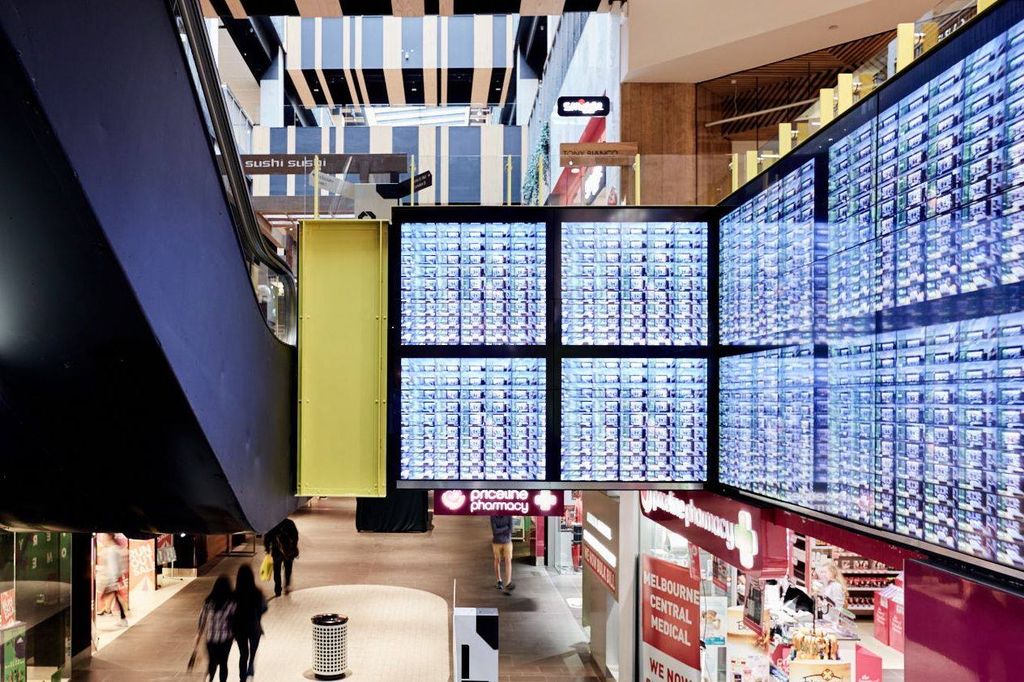 Billed as ‘Australia’s largest installation of video art on display outside of an institution’, Melbourne Central plays host to a new gallery space, Art Loop. We were invited to the launch party, which showcased 30 videos playing on screens above a staircase. They are all by Australian artists, and are curated by Andy Dinan of MARS Gallery.

Special mention goes to the fabulous burgers by Mr Burger, which paired nicely with beer and wine from Moo Brew and Paul Louis. Just the sort of upping-the-ante to expect at Melbourne Central.

Picture the 15 huge LED displays, the ever-changing art. No, don’t picture it, go see it.

-Theresa
Co-founder of The Plus Ones, Theresa’s never been to a gallery opening she didn’t enjoy.

Look out for signs guiding you to Melbourne Central Art Loop on the Lower Ground floor. It runs 31 March to 31 July, 2016.

A culinary tour of Peru with Pastuso