The Malthouse Theatre produces interesting new work alongside new interpretations of classic scripts. (This season includes both Meow Meow’s Little Mermaid and The Glass Menagerie). So Tom Wright’s new play based on the classic Picnic at Hanging Rock fits right into their programing.

The production features five strong female actresses. It’s lovely to see an all-female production, with the performers alternating between different ages, genders, and time periods. The story is partially retold readers theatre style and opens with the actresses standing in a single row dressed as school girls, recounting the tale of the picnic. 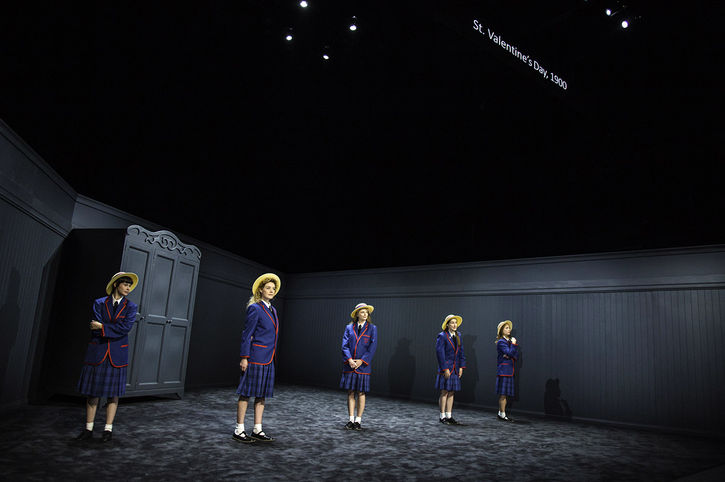 The design team all took different approaches to create an unsettling atmosphere. The minimalist set fit with director Matthew Lutton’s staging. All black with no clear entrances or exits, the bare playing space easily transitioned to a variety of locations. On the opposite end of the spectrum, fast blackouts and a loud encompassing sound scape weren’t subtle, but served their disconcerting purpose. The costuming was a jarring mix of contemporary school girl uniforms and turn of the century clothing. 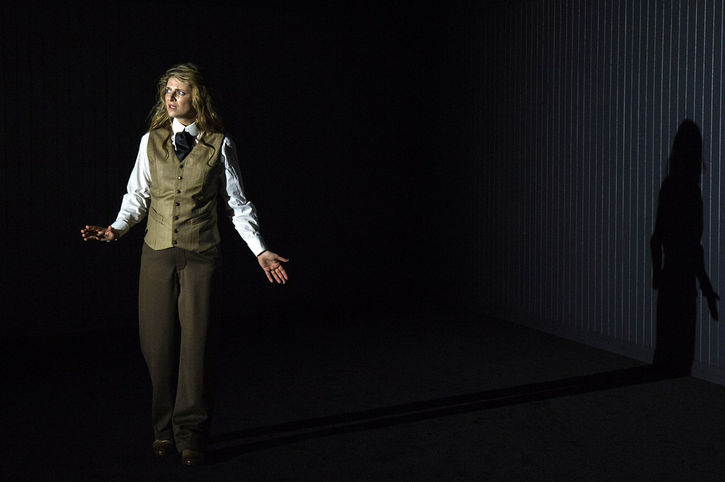 The script is a mind trip. Frankly, I am yet to determine how much of that was intentional. The story changes time periods and locations, with both recitation and realistically acted scenes. The reinterpretation of this well-known story was interesting, but audiences will have to decide for themselves if the production proves “horror is a warm sunny day.” Well after the lights went down on the production, I found my mind still whirling trying to make sense of what I’d seen.

-Jenny S.
Jenny S is an event addict. She has participated in arts festivals on three different continents (plus a couple of islands). When she’s not attending live shows, you can find her sampling the latest craft beer or sipping a creative cocktail.