I was genuinely excited to make my way for the first time to fortyfivedownstairs – the renowned independent not-for-profit gallery and theatre. It was great to have fellow TPO writer/theatre major Jenny as my guide to the Paris-end Flinders Lane venue, and as my plus one. The grungy, spacious brick wall basement performance space was already packed as we sat down for ‘Triumph’. It’s a new work by playwright Louris Van De Geer, described as a “story inspired by real stories of fake victims”. 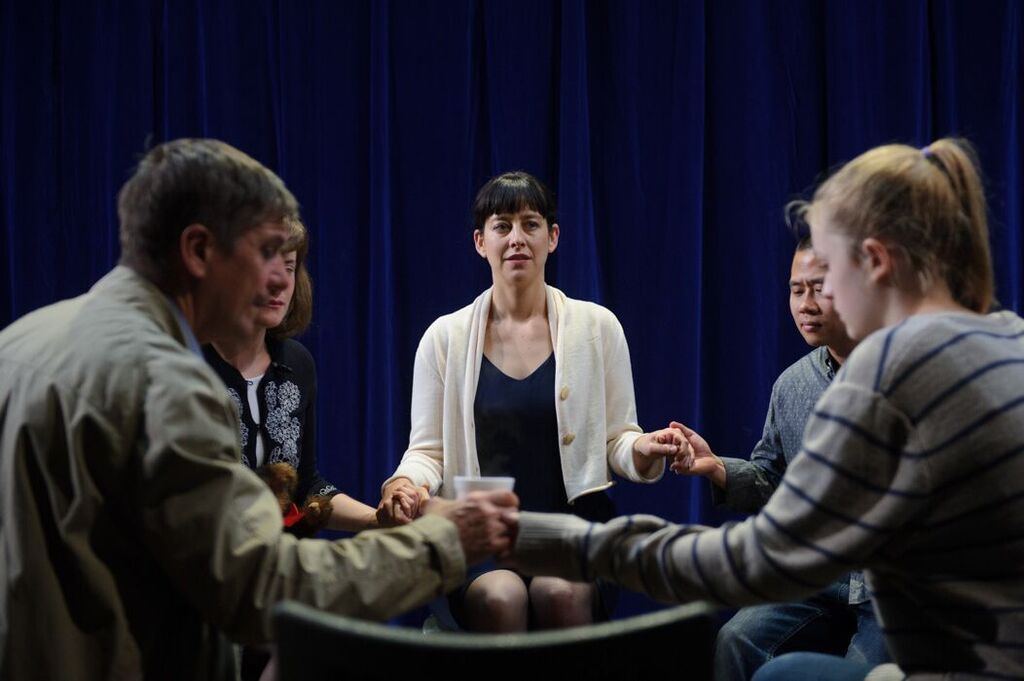 ‘Triumph’ is told in three chapters, each one a separate story. The first one opens in a community hall, where a woman tells her own story of surviving a terrorist bombing to a survivor’s support group, and tours the country giving her account to the media. Her story slowly unravels when under further scrutiny the details she offers don’t quite add up, and (spoiler) she is exposed as a fraud – she never was a real victim.  Her grief though is real, and this theme underlies the play: that pain and grief are not just a product of fact, but also constructed and given substance from merely imagining and voicing them.

The second and third stories continue the theme of pain that is imagined and made real. The same five actors take on new roles in a hospital, where an overzealous mother moves her young daughter from hospital to hospital, who suffers from a melange of ailments that doctors can find no cause for, and our suspicion shifts from the daughter to mother, who expresses the peculiar type of abuse where a caregiver fabricates or induces health issues on others. Props from Jenny and myself go to the precocious 14-year-old talent Anouk Gleeson-Mead. And also to the set design, which transforms the stage for the last chapter into an eerie night setting in a forest, where two men form a suicide pact, and dig their own graves. 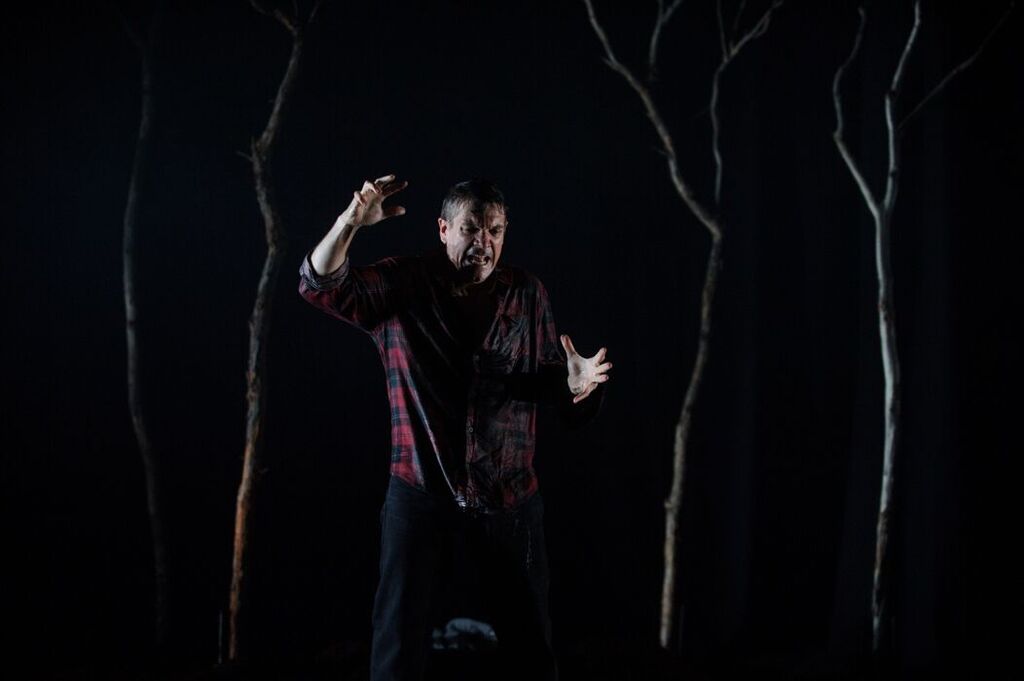 ‘Triumph’, in the director’s own words, challenges us to “suspend trying to turn what we see into what we already know”. It resists a narrative with cohesion and explicit interpretation, leaving it up to us to put the pieces together and reflect on our own feelings elicited by the nuanced performances and writing.

-Christian
Christian G.  is an international man of mystery,  lover of books, cats and the performing arts; moonlighting as a finance professional by day.

Disclosure: The Plus Ones were invited guests of Purple Media.
Photo credit:  Sarah Walker.

Motorhome Majestic Brings the U.S. Down Under