I know, it’s hard to leave your neighbourhood once you get comfortable. But half the fun of going to brunch should be in exploring new necks of the woods. Which is exactly why I’m recommending that this weekend, you head to Hawthorn and try out Santoni.

When I left Glenferrie Station, my eye was drawn to the rooftop of a three-story Victorian terraced house on the corner of Glenferrie Road and Burwood. Decked out in ferns and colourful umbrellas, I knew that that was the spot I was meant to go. Stepping into Santoni Pizza (the original pizzeria was opened in 2007 on the ground floor), I was directed upstairs. 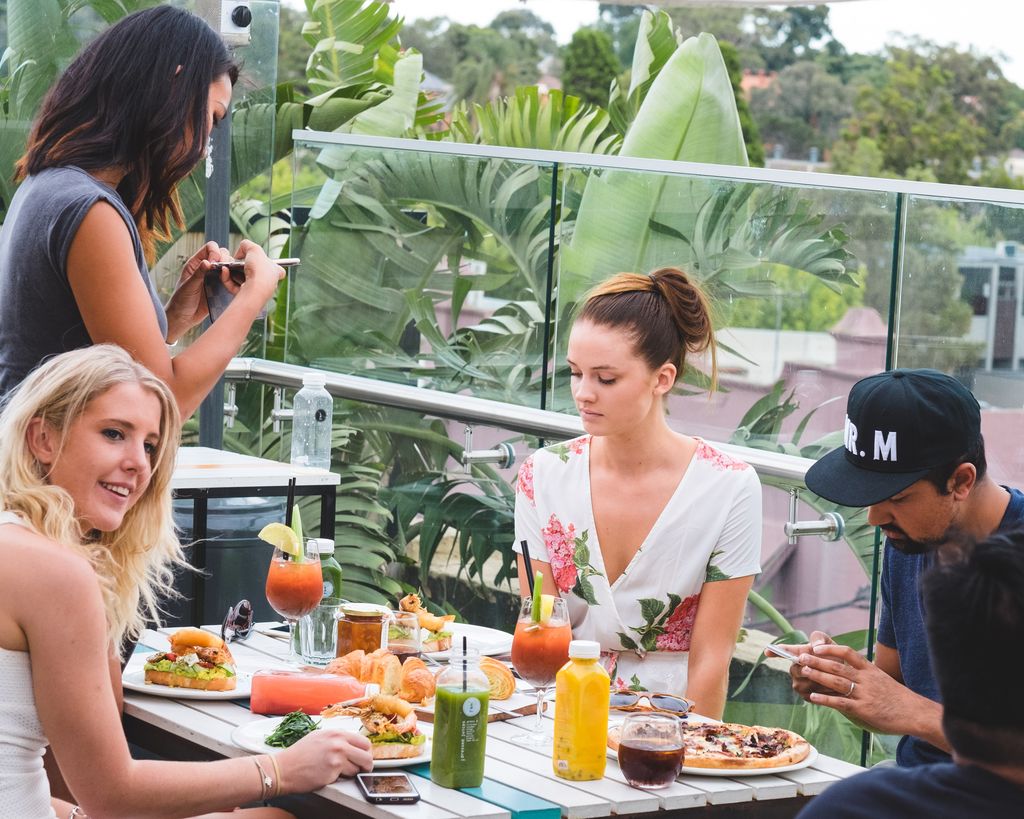 And there was a little slice of paradise. Pumping tunes, waitstaff who no double moonlight as models, and views all over the hood, it was not at all what you probably think of as ‘Hawthorn’. But there’s something about that ‘hood these days. The Plus Ones have covered the openings of St. Cloud, SOS Charcoal Seafood, Hooked, and Araliya. Plus we’ve headed to the whiskey tastings at The Kilburn and Friday nights at Beta Bar. It’s fast becoming the new, dare I say, Northcote of the south side. Not as well-known as Prahran or Windsor, but it’s a draw for both locals and those (like you now) who are in the know. 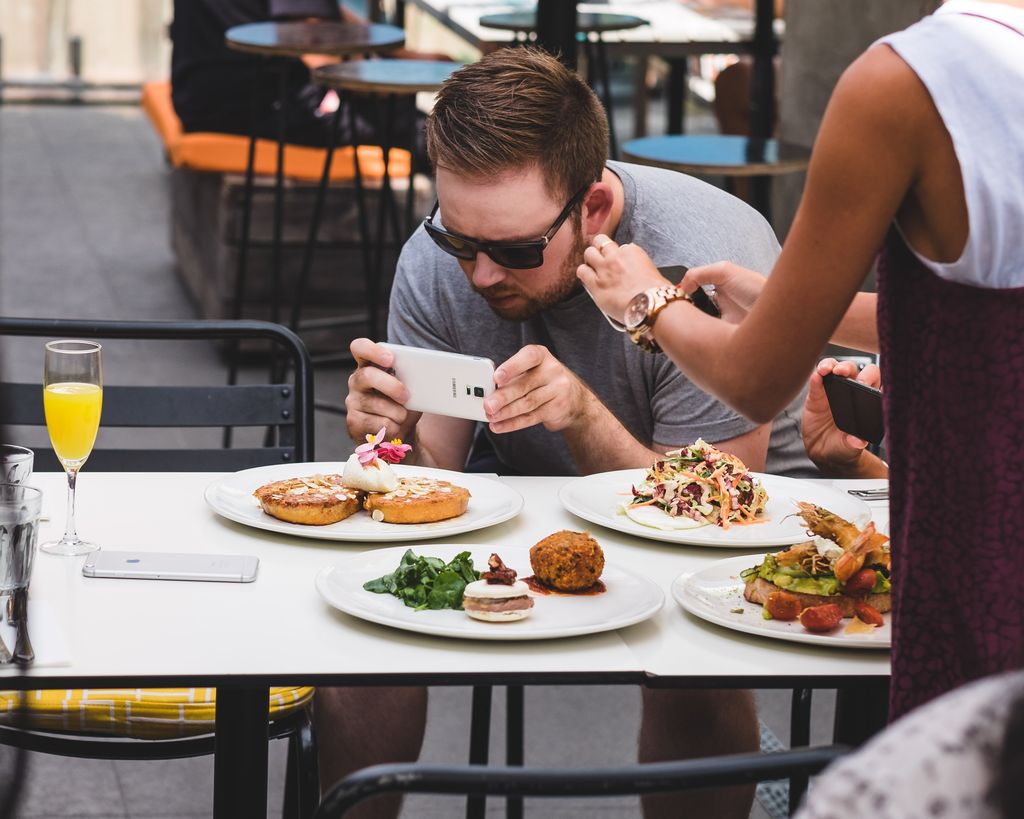 Quickly getting my hands on a delicious Bloody Mary, I took a seat among the crème de la crème of Melbourne’s food bloggers. Number one tip when dining with food Instagrammers: Remember, the camera always eats first. And there was good reason to ‘gram away. We got to pick whatever we wanted off the breakfast menu. Ranging from the stalwart menu items of muesli and baked eggs, most of the attendees went for the wilder items. The two breakfast pizzas were a hit, one veggo and one with a bit of Istra bacon. For those not inclined towards brekkie, Santoni offers braised lamb shanks and Asian-style pork belly. This means that you can rock up at, say, 11.30am and not feel too guilty that you’re feeling in the mood for more lunch-style food.

At the behest of my tablemates, I went with the drool-worthy macaron. This ain’t no dessert. No, sir. It’s made with chicken liver parfait. I’m glad I didn’t have anyone to impress as I gamely shoved it into my gaping maw. (How does a lady take a bite of a macaron?) Paired with a delightful Scotch egg, this was one breakfast that I guarantee you haven’t had elsewhere.

Where else can you have a rooftop brunch overlooking cool views of the city? I’m telling you – next time your friends suggest brunch, surprise them with the suggestion of Hawthorn. It’s the new place to go.

-Theresa
Co-founder of The Plus Ones, Theresa had hardly ever been to Hawthorn. Now she can’t get enough of it.

Disclosure: The Plus Ones were invited guests of True Tribe.
Photo credit: Santoni.