I have a lot of German friends who normally scoff at the thought of an Oktoberfest party outside of Germany. Melbourne had its fair share this year with the big three (Hofbrauhaus, Munich Brauhaus and Hophaus) all running a stream of events over the month. I too approached these with a touch of scepticism (and was generally pleasantly surprised), so I thought I’d give Oktoberfest In The Gardens a go. 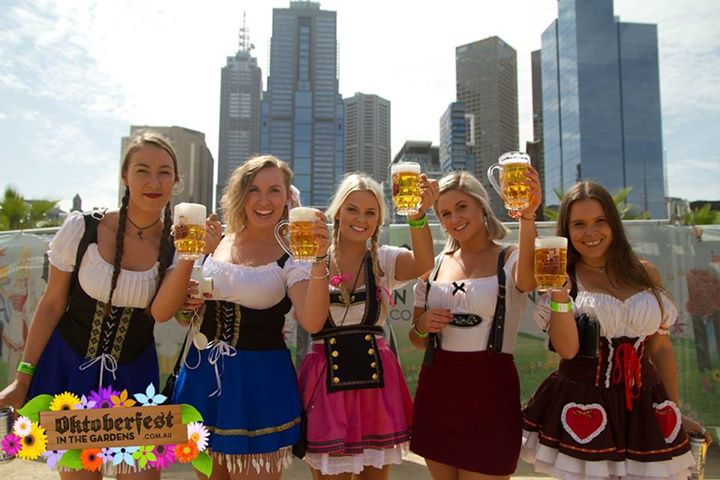 Photo courtesy Oktoberfest in the Gardens

The team at Nokturnl Events have had a bit of experience throwing parties of this kind and have run the Perth event for several years. I saw the preview of past events and my interest piqued…

Melbourne’s event was held at Birrarung Mar, taking over the entire area from the grassy hill down to the river. There were beer and food tents set up throughout and steins were very reasonably priced. As the day approached I (and I’m sure the organisers) kept an eager eye on the weather which at one point developed into rain clouds but thankfully Melbourne came through on the day. 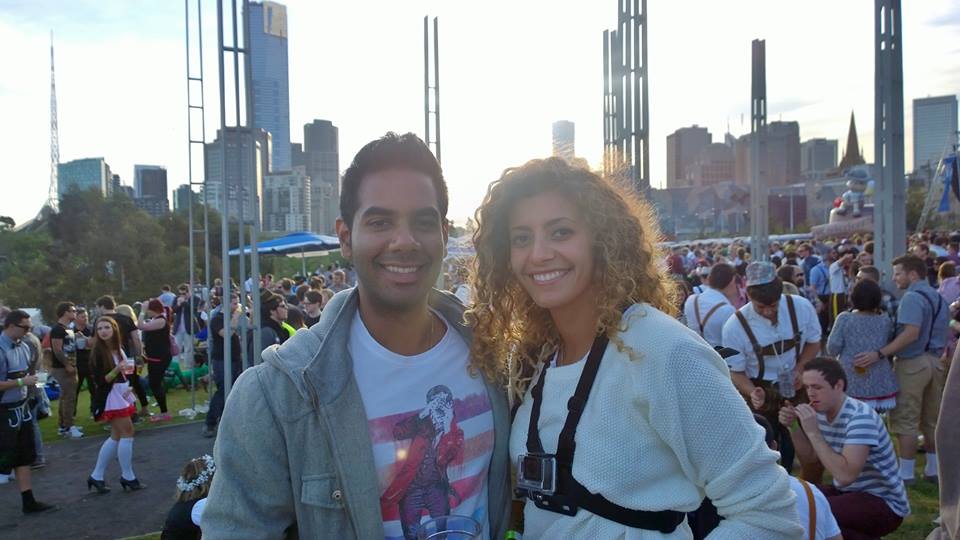 Walking over to the venue I could feel the buzz. Close to 7,000 tickets had been sold and people came with their festival attitudes. Smiles, dress and good vibes exuded from the revellers as we danced, drank and faux German’d our way through the night. Speaking of dress, I was surprised at how many people were stocking German garb! Where do you people find this stuff? Do you just shelve it until you can break it out for this one night? Anyway the amount of people in dress was fantastic and added to the light-hearted atmosphere that abounded over the day/evening. 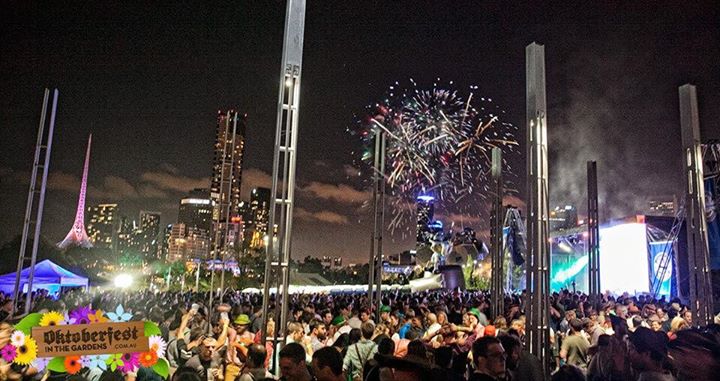 Photo courtesy Oktoberfest in the Gardens

I must say that this was one of the best events that I have been to this year, and I go to a lot of events. A collision of factors: good organisation, the weather and the let’s-just-have-fun attitude of the crowd brought everything together nicely. Dancing to DJs as the sun set with the city skyline as the backdrop was a highlight for me. I’ll be back next year, just need to get my hands on some lederhosen!

Disclosure: The Plus Ones attended Oktoberfest in the Gardens courtesy of Nokturnl Events.