Don’t wait for the weather to break… get yourself along to The Caretaker, currently playing at Ensemble Theatre.

Harold Pinter’s three-act comedy set in the 1950s, The Caretaker, follows the story of two brothers who allow a homeless man to stay in their West London house.

Aston, the younger brother, meets Davies, the tramp when he saves him from a bar fight. Realising the tramp has nowhere to go, Aston invites Davies to stay as long as he needs “…until he’s back on his feet”. After Davies has a harrowing run-in with the older brother Mick, both brothers independently invite him to be the caretaker of the house. 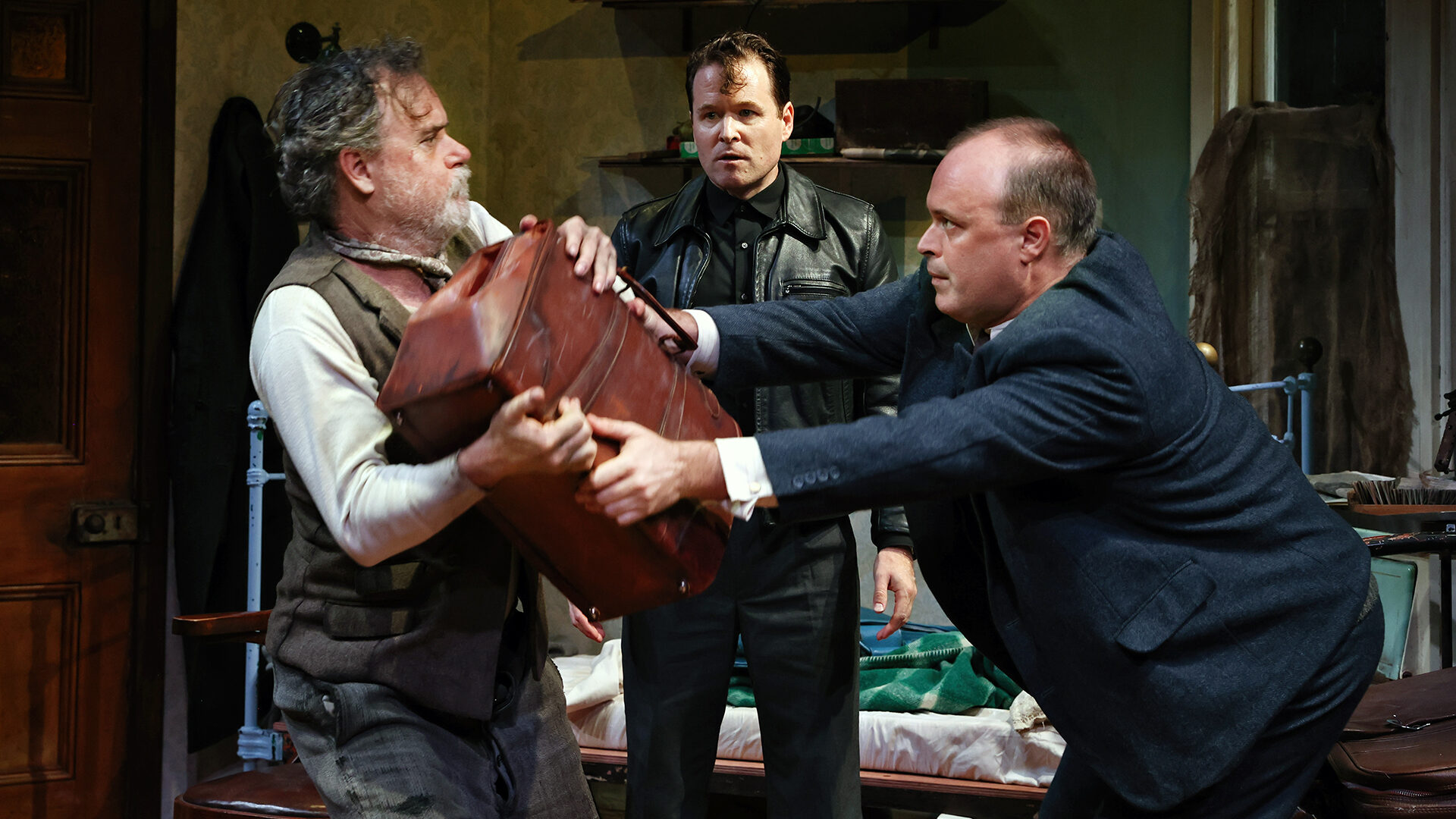 In the tiny space of the Ensemble Theatre stage, set designer Veronique Benett cleverly portrays the reductive living space of the West London housing scene. The room has an outstanding balance of clutter, as you’d expect to see in a hoarder’s house, while still allowing enough room for Iain Sinclair’s direction to carry the story forward. While one set shows can sometimes lose the audience’s attention, the subtle changes in prop location creates an almost “scavenger hunt effect” where the audience can be seen tracking the rearrangements throughout the space.

This hilarious comedy had the audience in rapturous laughter from the opening scene. While the award-winning script is full of hysterical non-sequiturs (a reply that doesn’t follow logically from the previous statement), the humour is driven almost entirely by the expert characterisation of the three men.

The stuttering, erratic scatterbrained persona of Davies, played by Darren Gilshenan, brilliantly balances out the slow, pondering, simple-mindedness of Ashton, played by Anthony Gooley. I won’t be surprised if Gilshenan has lost a little of his sanity through the creation and delivery of Davies.

Henry Nixon’s Mick oscillates between cool-calm-collected and absolute mania. This mix meant, at times, the crazed palaver between Davies and Mick was borderline stress-inducing. Fortunately, this is balanced with precisely placed long pauses, allowing both audience and cast to take a breath. 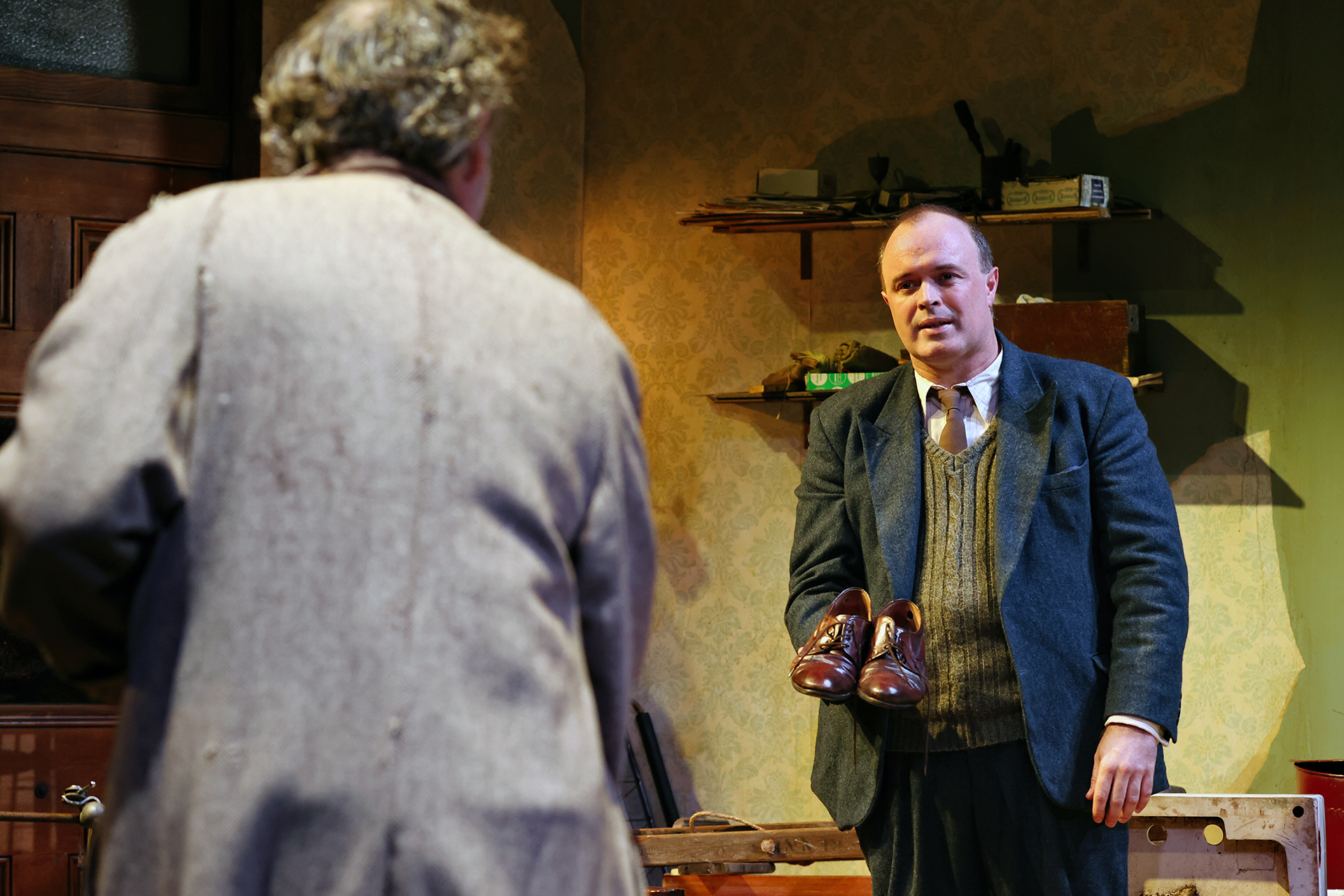 While this Pinter play is heralded as comedy gold, it also deals with some sombre themes of mental illness and its sometimes-barbaric treatment, homelessness and blatant racism, which can be seen through the use of the often-offensive historical language.

If you’re in the mood for some thought-provoking laughter, do yourself a favour and get along to the Ensemble Theatre before the tramp leaves town. 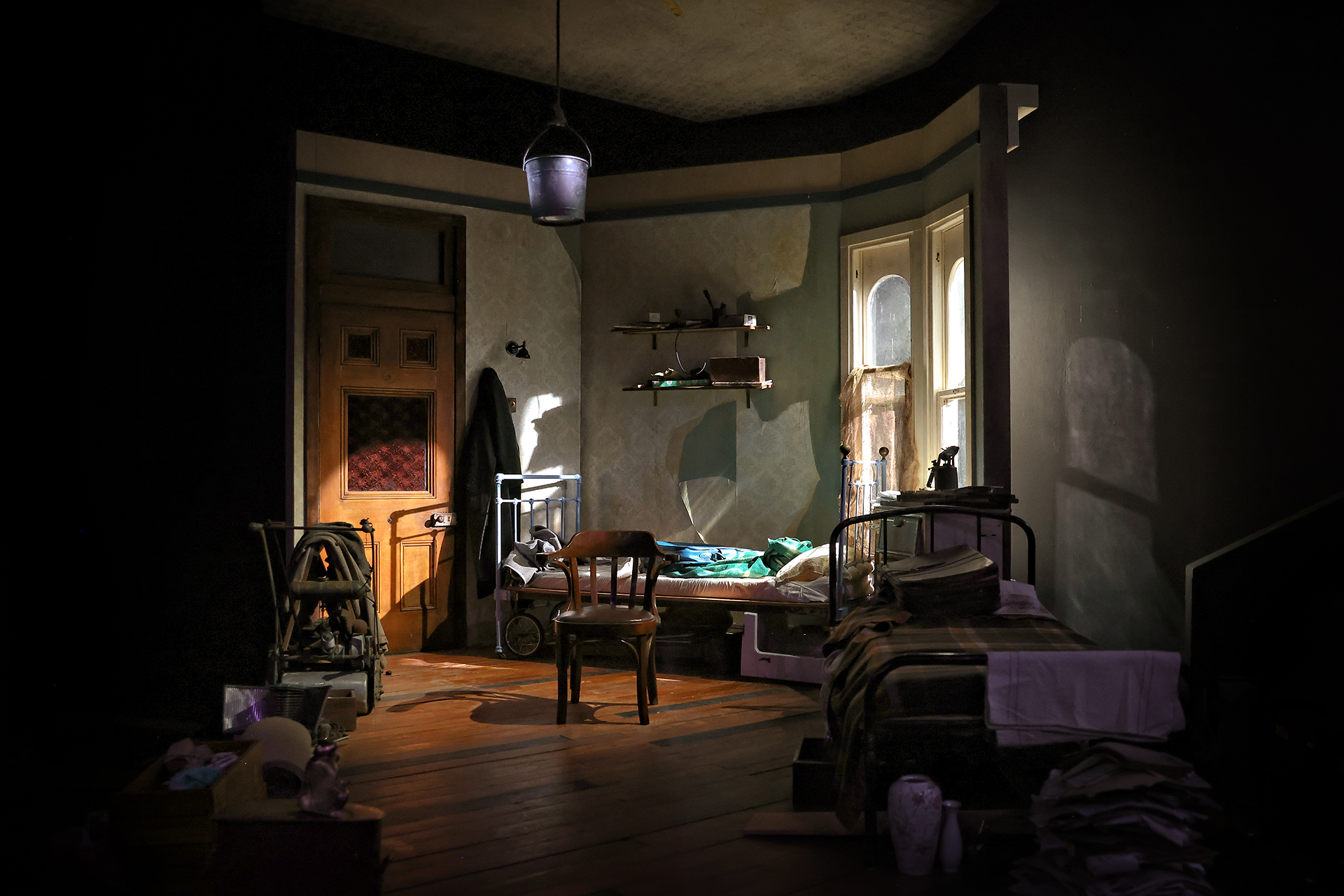 Disclosure: The Plus Ones were invited guests of Kabuku Public Relations.
Image credit: Prudence Upton.