Sydney Theatre Company’s production of Fun Home has done it again, with another brilliant musical staged at the Roslyn Packer Theatre. While there are other Tony award-winning musicals playing across Sydney, Fun Home is an incredible snapshot of an unassuming life that leaves the audience with the feeling of a big warm hug. 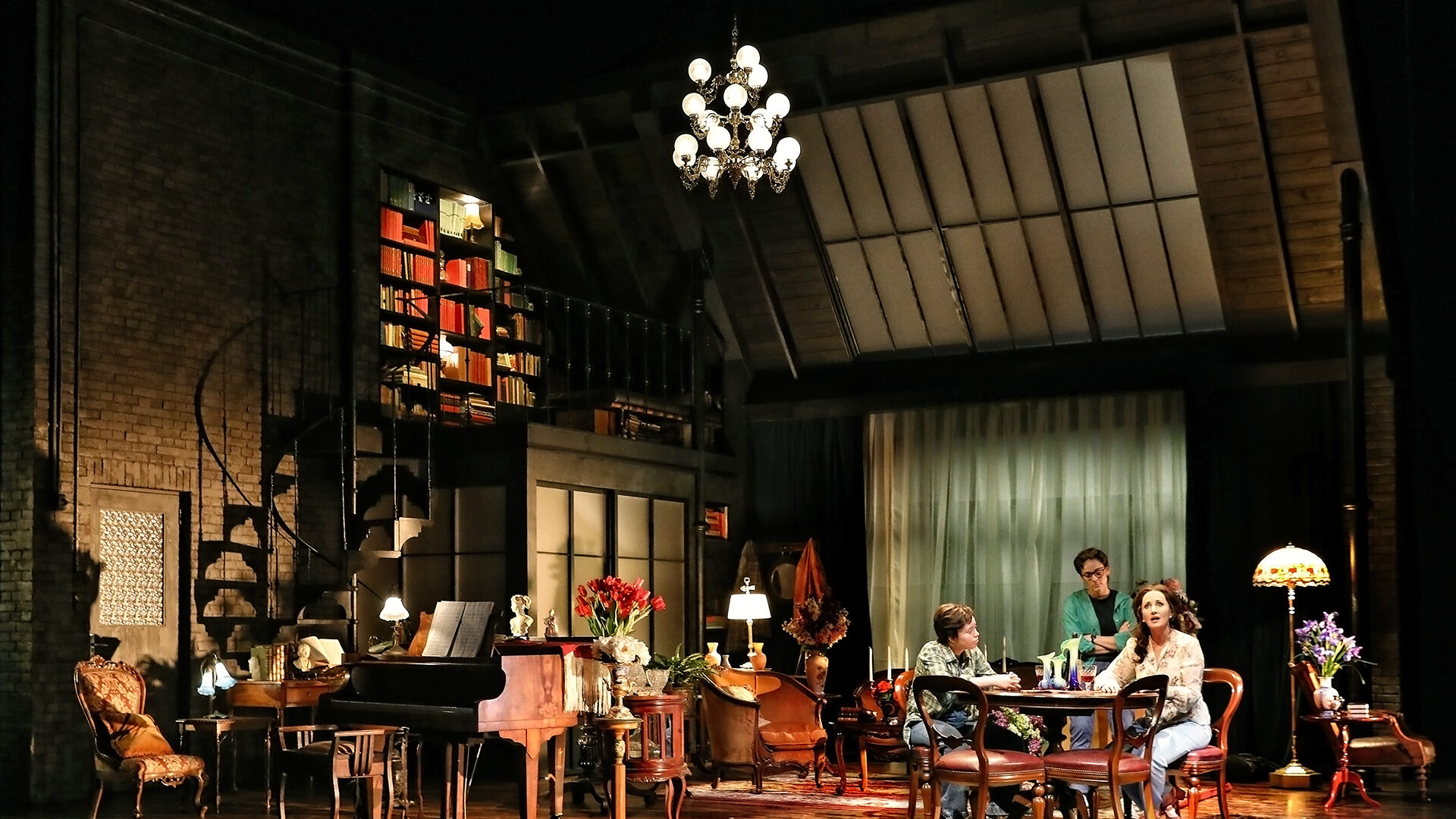 Fun home is the stage adaptation of Alison Bechdel’s autobiographical graphic novel of the same name. Throughout the musical, the audience gets introduced to some defining moments of Alison’s life through the eyes of Small Alison (her childhood self), Medium Alison (her colleague aged self) and Alison (her adult self). While the story does tackle some pretty intense themes of sexuality, infidelity, suicide and death (Fun Home is what they call the family funeral home business), the gentle nature of the writing and the score allow the audience to observe rather than engage in the story (saving us from our own intense emotions).

Of course, no musical can succeed without a talented cast to bring the characters to life. STC have outdone themselves with a stellar cast who control the action of each scene with such ease. 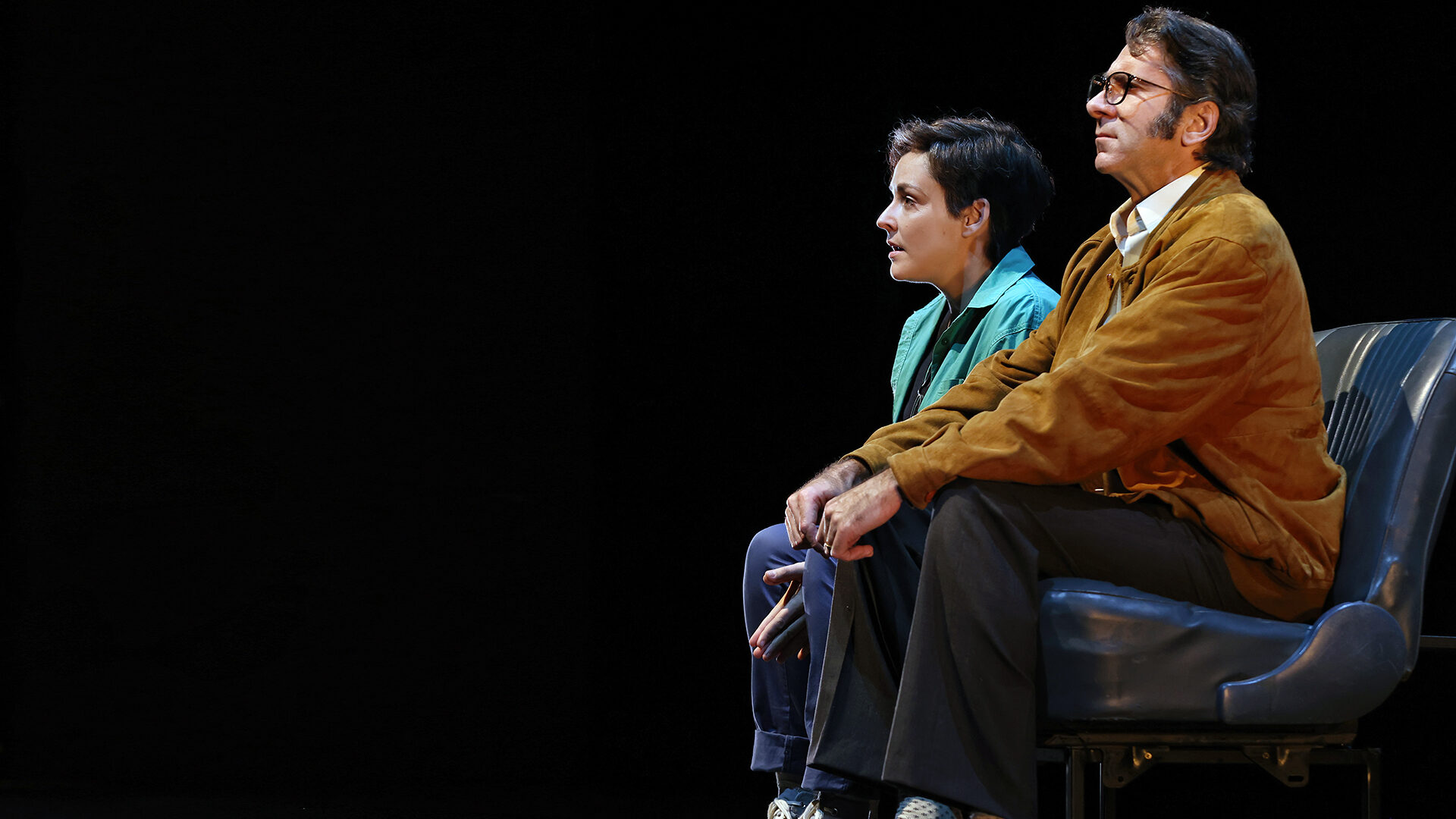 No strangers to the stage, Adam Murphy (Bruce Bechdel) and the formidable Marina Prior (Helen Bechdel) portray the tormented gay closeted father and the long-suffering neglected mother with perfection.

Emily Havea (Joan, Medium Alison’s first girlfriend) performance is accurately reminiscent of a college student whose very comfortable in their own sexuality. Ryan Gonzalez (All the other male characters) seamlessly switches between each character to provide a solid and supportive performance for each scene.

The magic in this show, however, is found in the portrayal of the three Alisons. 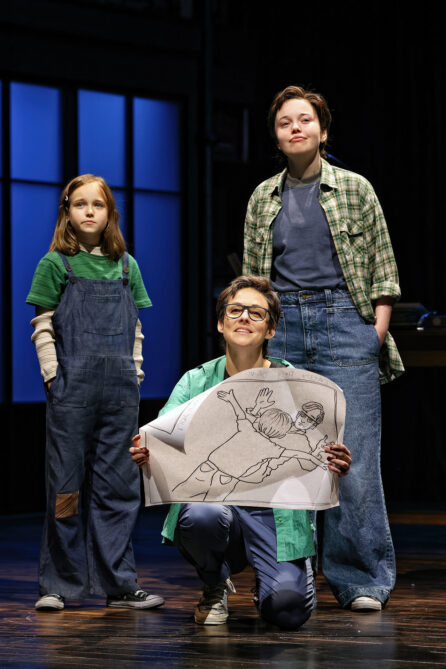 Lucy (Adult Alison) brings a raw and natural energy to the role convincing the audience that she is very much reliving these experiences as she recounts the story. Karelina Clarke (Small Alison) is incredible in this Tony-nominated role and along with her two brothers (played on the night by Julien and Zavier Daher) command the attention of the audience like seasoned professionals.

To top of this brilliant cast, Maggie McKenna (Medium Alison) performs another career-defining role and skillfully shapes each word and gesture to reveal accurate insight into the exploration and discovery of one’s own sexuality. As a gay man, I sat reliving my own journey through accepting and acting on my sexuality. I hazard a guess that McKenna drew on her own experience as a queer woman and further shows why the industry should cast queer actors in queer roles.

All of these aspects of the show have been skillfully brought together under the watchful eye of Dean Bryan (Director) and his creative team. The synergy between direction, lighting, set and choreography made for a truly captivating experience and demonstrated the brilliant talent we have in this country.

Make sure you get your ticket before this true delight leaves the Sydney stage.

The Australian Premiere of Fun Home is now at the Roslyn Packer Theatre until 29 May. It runs for one hour 40 minutes  with no interval. Tickets are selling fast so grab yours today.

Disclosure: The Plus Ones were invited guests of Sydney Theatre Company.
Image credit: Prudence Upton.

3 Ways to Improve IT at Your Small Business