Best. Opera. Ever. As a reviewer, I’ve seen my fair share of operas. Many of them several times over. So this is a big call. I declare Opera Australia’s new production of Tosca to be the most engaging and powerful opera I’ve seen to date. I have a shortlist, and topping that list used to be OA’s 2018 production of Aida with the colossal video projections and the magnificent American soprano Amber Wagner singing to the grandma with the hearing aid in the back row. But there’s a new leader now.

Anyone who thinks that 3 hours at the opera sounds like the perfect opportunity to catch some Z’s, think again. Tosca doesn’t have high moments followed by lulls. There are no long stretches in which you scan the audience and see heads bobbing and eyes closing, holding out for that one big hit when they’d perk up again for 3 minutes. Even an opera illiterate would be on the edge of their seat throughout the whole of Tosca. The action moves at an extremely fast pace, more akin to a movie than an opera. 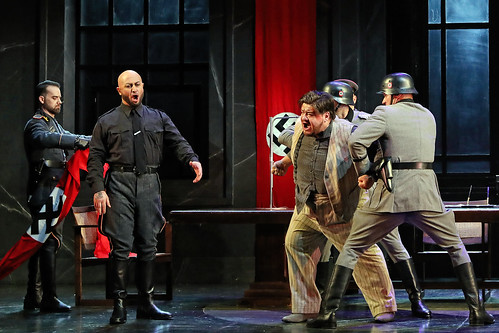 A resistance fighter who has escaped prison is in hiding from Scarpia, leader of the tyrannical regime. Painter Cavaradossi, Tosca’s lover, hides him but gets discovered himself and is arrested. Scarpia orders him to be tortured but Cavaradossi will not disclose his friend’s whereabouts. Scarpia forces Tosca to listen to her lover’s moans and screams until she buckles and betrays the hiding place. Cavaradossi is released but his very vocal disdain and defiant attitude get him arrested once again and this time he is led away to be executed. Tosca begs for mercy and Scarpia names his price. She can save Cavaradossi’s life only by giving in to Scarpia’s sexual desires. She agrees and Scarpia gives his officers instructions to perform a mock execution only, after which the pair of lovers will be free to flee the country with safe passage. As he moves in on Tosca to claim his reward, however, she stabs him through the heart. Tosca runs straight to Cavaradossi who is in prison awaiting execution. She tells him what has happened and prepares him for the mock execution and their escape. The soldiers cock their guns, fire and Cavaradossi falls, just as Tosca schooled him. But she was deceived. The guns were loaded, the bullets real. Her lover is dead. Scarpia’s henchmen then turn their guns on Tosca. 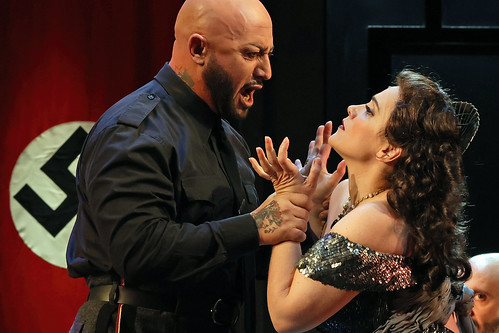 This production is the work of legendary Australian director John Bell. He has seamlessly relocated the setting to fascist Italy under German rule during WWII. Be prepared to be smacked in the face with overblown swastika banners.  It’s a threatening, evil spectacle, but it’s a shock that’s necessary, in my point of view. The visual impact matches the force of Puccini’s at times bombastic score as well as the heavy, tragic plot.

Michael Scott-Mitchell has designed three truly perfect sets for the three acts, each of which Puccini set in a specific location you can still visit today. The first is a breathtaking, faithful reproduction of Rome’s spectacular Sant’Andrea della Valle church. It is a piece of art, detailed and beautiful, and draws gasps from the audience when the curtain rises for the opening scene. 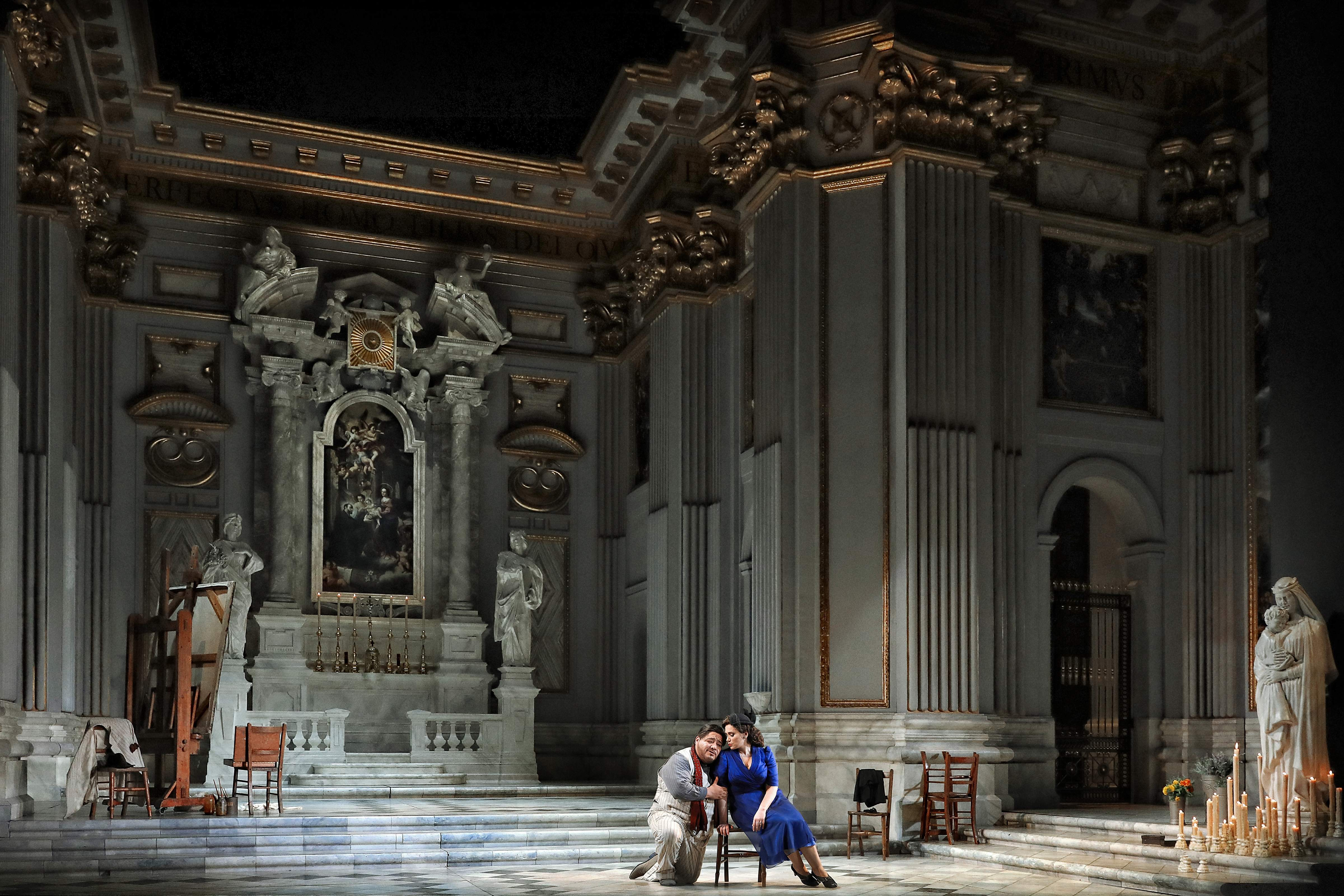 The three lead roles couldn’t have been performed better, either musically or dramatically. I cannot imagine a more fitting Scarpia than Marco Vratogna, with his commanding physical presence, confident gait and powerful baritone. Diego Torre, always a favourite of mine, has the warmth and smoothness in his tenor of the devoted lover, as well as the sheer volume and gusto of the righteously defiant hero. Carmen Giannattasio gives us a passionate, moving Tosca with a strong, wilful soprano equal to Puccini’s stunning score. She nails too the lighter comic side to her character, as the jealous girlfriend and the sassy prima donna. All secondary roles were well executed as were, as always, the Opera Australia orchestra and chorus, and the delightful boys from the Children’s Chorus. The first act closes with a powerful impact when all sing together onstage at their highest fortissimo.

As I have told my family and friends, you simply must go see Tosca before it ends.

How to Freshen Up Your Living Room Instantly

Tips for Running a Charity Fundraiser