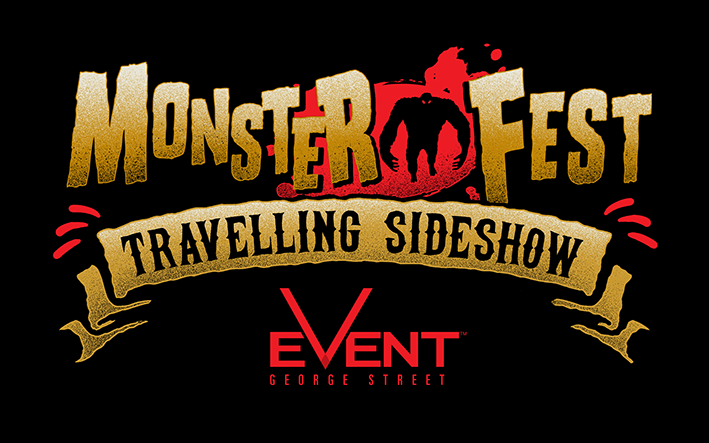 Come one, come all! The freakiest film festival out there is returning in 2017. After a smash success in Melbourne with 2016’s Monster Fest, Sydney is getting treated (or tricked) with the Monster Fest Travelling Sideshow. The festival, running 9–12 March 2017, will include a selection of hits from 2016’s program, as well as some new flicks and a showing of Dario Argento’s 1977 exploitation-classic, Suspiria.

Peruse The Plus Ones’ top picks and allow us to arouse your most morbid curiosities.

In this highly anticipated anthology, the horror is handed over to the genre’s most fearful female directors. Four women, including Karyn Kusama, who directed the excellent psychological thriller The Invitiation, showcase four films including an adaptation of a story by horror legend Jack Ketchum and Annie Clark’s ‘The Birthday Party’,  in which a mother’s stressful preparations for her daughter’s birthday get kind of complicated when she has keep a dead body hidden from sight.

The Eyes of My Mother

The A.V. Club calls it ‘a grotesque, depraved movie with the skin of an art film pulled tightly over its bones’. Director Nicolas Pesce’s The Eyes of My Mother is an artful black and white film whose coming of age tale looks to be almost unbearably unsettling. Released to rave reviews, this is surely one to watch—or stay the hell away from.

This documentary by Australian director Jai Love has at its centre the well-known-only-in-certain-circles Edwin Borsheim, front man for the 90s punk band Kettle Cadavar. Borsheim, whose onstage shock tactics included self-mutilation and necrophilic bestiality, is now holed up in isolation, slowly descending into madness. Love visits his home and conducts a bizarre, lengthy interview that peers closely at this controversial punk rocker.

This writer’s personal favourite from 2016’s Monster Fest, Raw is a French horror film about veterinary school and cannibalism. Directed by the magnificent Julia Ducournau, Raw takes the classic coming of age film, inserts a bit of sibling rivalry and stuffs it in a blender with some bloody chunks of meat. It’s an absolute must-see and a major festival highlight.

Stephen King tweeted with feverish positivity about this film and warned viewers to ‘Watch it, but not alone’. Directed by André Øvredal (Trollhunter), The Autopsy of Jane Doe pits Emile Hirsch and Brian Cox as coroners against a cadaver whose antics make her seem significantly less than dead. Worth it for Ophelia Lovibond’s mesmerising performance as a still body, this one is good old-fashioned scary fun.

Considering how great Melbourne’s Monster Fest was, this year’s offshoot is a no-brainer for horror fanatics and film fans with strong stomachs. Opening night kicks off with a red carpet and showing Nik Kacevski’s Skinford, with cast and crew in attendance. After that, the thrills just keep on coming.

Monster Fest Travelling Sideshow is running at Event Cinemas in Sydney from March 9 – 12 2017.
The venue is wheelchair accessible.

‘Rumour Has It’ – Adele tribute by Naomi Price at Riverside Theatre