One question I always find myself asking while watching a play or movie adaptation of a favourite childhood book, is whether the author would be satisfied with the performance. Recreating the illustrations of Quentin Blake and the magic of Roald Dahl on stage is a task of no small responsibility.

The Sydney Opera House showing of George’s Marvellous Medicine fulfils expectations, and successfully entertains a crowd of children, parents and adults with a contemporary yet traditional and faithful rendition of Dahl’s captivating story of a young boy and his cantankerous grandmother. 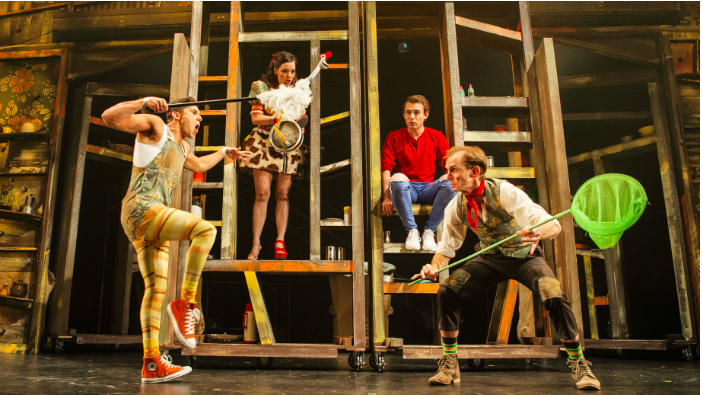 When eight year old George decides that something needs to be done about his grandmother’s outrageous teasing and bullying, the plot implodes in a cauldron of wizardry potions.

The cheeky, catchy, popping soundtrack catches your attention from the opening scene, before the decor and stage props draw you into an intriguing and magical atmosphere of moving shelves, misty blue smoke, and bottles filled with curious liquids – clues to the fun which lies ahead. 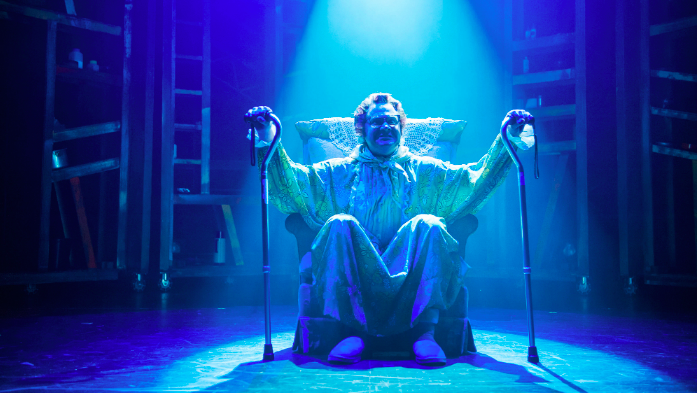 The lighting throughout the performance ensured the audience remained engaged, while maintaining that aura of anticipation so characteristic of a Roald Dahl novel.

The casting for the performance was both risky and ingenious, with the adult Nick Skubij playing a child and the talented male Leon Cain pulling off a remarkable performance as the grandmother. The cast supported each other throughout the play — this isn’t a bland two-man show by any means. 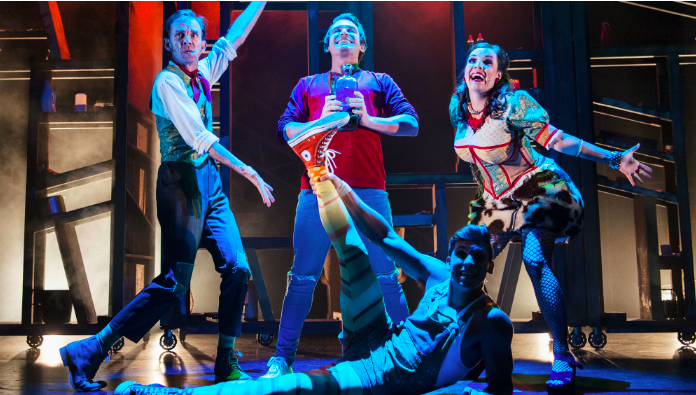 Several amusing and contemporary additions to the Dahl classic contributed to making this Australian production both quirky and original. From selfies to nutri-bullets, and an advertisement sequence alluding to the consumerist craze of the 21st century, George’s Marvellous Medicine proves timeless and relevant.

As always, if something does not explode, fly or metamorphose, it’s probably not a Roald Dahl original.

– Aoibheann
Aoibheann is a really tanned Irish writer and photographer who is waiting for the day she can earn a living from sunbathing, going to the gym, reading Charles Dickens and eating ridiculous amounts of mangoes in Asia. Follow her on @vegan__ventures.