Summer is finally upon us and what is the most essential part of summer (Besides sunbathing and gorgeous weather)? Cocktails! Simon Johnson, purveyor of quality foods, recently took it upon himself to pair one of his favourite tonic producers, Bottlegreen, with one of his favourite gins, Four Pillars. Johnson organised an event, the Ginstitute, at his delicatessen in Woollahra, to celebrate these two unique brands. The shop is extremely homey and bursting with specialised gourmet produce – making it feel as if we were joining him for a fancy drinks and cheese night at his own home. Being a foodie, I was itching to go peruse the shelves in the shop, but then I spotted canapes and I was a goner. He invited his friend and mixologist Jason Crowley to invent and serve three originial cocktails that taste of the summer. Having been a huge guzzling fan of gin for years, I was beyond thrilled to attend this event. 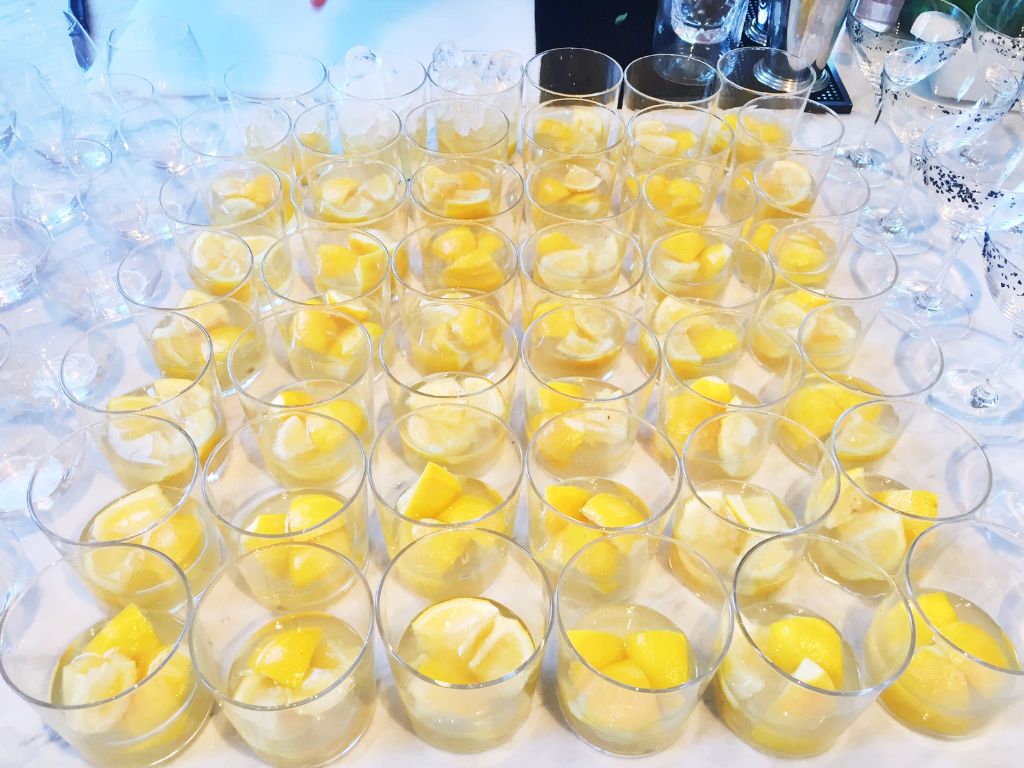 Four Pillars is a small, but growing, Australian distillery. Craft spirits is an industry which is gaining great momentum. What makes Four Pillars gin so special is it’s inclusion of Australian flavours to celebrate its home country. There are Asian spices, Mediterranean citrus and some native Australian botanicals infused in the gin.

Kit and Shireen Morris set up Bottlegreen back in Britain in 1989 and it has grown exponentially since. It’s now one of the more popular tonics available in Australia. When Simon and the Four Pillars team were considering which tonic to pair with the Four Pillar’s gin, Bottlegreen were the clear contender. It’s refreshing, clean and crisp flavours were the perfect accompaniment. Bottlegreen always ensure that the finest and most natural ingredients are included in their drinks. A passion shared by Four Pillars and a prerequisite for any product which Simon Johnson endorses. 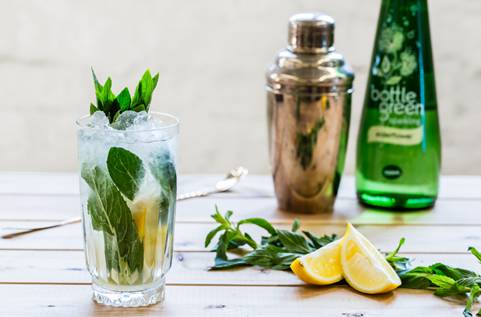 Kit’s Fizz Cocktail. First cocktail of the night. Photo courtesy of Nikki To.

Attendees were greeted with delicate soft cheeses and handmade hummus. Then we were whisked upstairs where Simon himself was waiting to greet everyone in person. He shook my hand like we had been friends for years. Servers presented us with the first cocktail of the night, Kit’s Fizz (Bottlegreen Sparkling Elderflower presse, Four Pillars gin, ginger syrup, lemon and mint garnishes), and my favourite drink of the night. It is named after one of the founders of Bottlegreen. Jason, the mixologist, referred to it as the perfect drink for a warm summer’s evening, a summery version of the classic Tom Collins cocktail.

While we were enjoying the cocktail and canapes, speeches were made by Simon, Jason and the head of Four Pillars. We learned all about the history of Bottlegreen, Four Pillars, and gin and tonics. Did you know they were first consumed by British colonists to help treat malaria? And the lemon garnish would help with scurvy? Something to remind yourself of when having your next G&T, it’s basically medicine, and therefor good for you.

Following the speeches, Jason made up the night’s next cocktail: Green Gimlet. A gin martini, with a unique twist (Four Pillars gin, Bottlegreen sparkling elderflower presse, Bottlegreen elderflower tonic water, grapefruit bitters, and for a special extra: black lava salt) . Unlike the Kit’s Fizz, the gin really hits you with this one. A real tasty kick, but the lava salt breaks through the gin adding a smoky flavour to the mix. 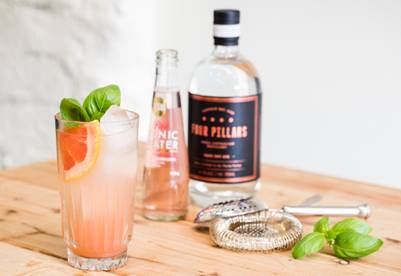 Following the Gimlet, we had the Tickled Pink (Four Pillars gin, Bottlegreen pomegranate & elderflower tonic water, pink grapefruit juice, hopped grapefruit bitters, basil garnish). A fabulous name for a fabulous drink. One you can easily imagine sipping on a beach, or during a sunny morning brunch. Refreshing, fruity and alcoholic, what else could you want from a summer cocktail?

Whether you like your cocktails fruity and refreshing, sophisticated and original, strong and flavourful, there was something for everyone. I may even attempt to recreate the drinks myself. The Kit’s Fizz needs to be in my life.

– Orlaith Costello
Food and Beverage specialist Orlaith Costello, recently moved to Sydney from Ireland where she worked in the catering industry for over a decade. She is a graduate of Creative Writing from the National University of Ireland, Galway. Follow her on Twitter and Instagram for more.

Disclosure: The Plus Ones were invited guests of BLACK Communications. All photographs, including cover image, courtesy of Nikki To.