The Antenna Documentary Film Festival is the only festival in Australia that specializes in showcasing the best and most unique docos from around the world. It has been 5 years since Antenna started and the 2015 edition brings a very rich, diverse, vibrant and sometimes confronting programme. Australian documentary will also play a big role in this year’s programme, having two whole sections dedicated to it: The Australian Competition and the Australian Shorts. 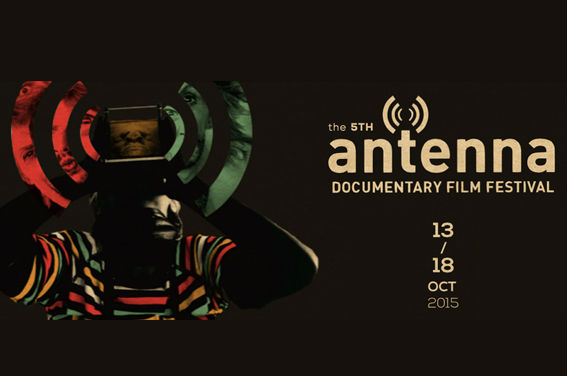 The festival’s Opening Night happened last Tuesday 13th October at the Chauvel Cinema, Paddington. The venue was completely full with the two big cinemas packed and an atmosphere of great vibes as people shared drinks and cheese boards before the screening. The two festival co-directors welcomed the patrons, with very heartfelt and reflecting words around the achievements of Antenna regardless of its young age, as well as the role of the film industry within the arts scene, the public budget destined for supporting it and the support from the government and public in general. 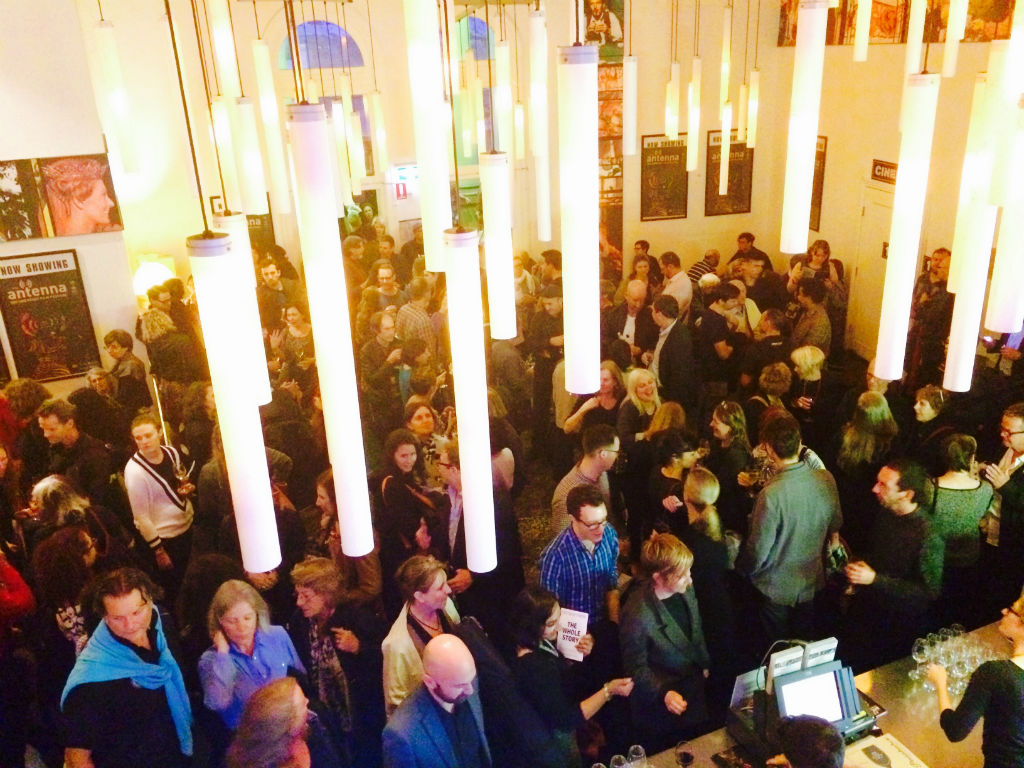 It was also a great pleasure to have On the Bride’s Side co-director Khaled Soliman Al Nassiry presenting his own film on the night to give us a very inspiring and touching message from the rest of the film crew and his own experience while shooting the documentary: We have no borders in our hearts.

This documentary kicked off the official opening of the festival, a festival where knowledge and information are broadcast in the form of film. On the Bride’s Side was the doco selected to open Antenna for this year. The three co-directors of the film, Khaled Soliman Al Nassiry, Gabriele Del Grande and Antonio Augugliaro, set themselves a challenging quest: to help a group of Syrian and Palestinian people looking for asylum in Europe, to cross borders and make it safely to Sweden, a country where it is easier to gain refugee rights. On the Bride’s Side depicts one f the conflicts in Middle East and its people through a rather humorous and positive way: The filmmakers help their friends crossing Europe by setting a fake wedding while skipping borders. 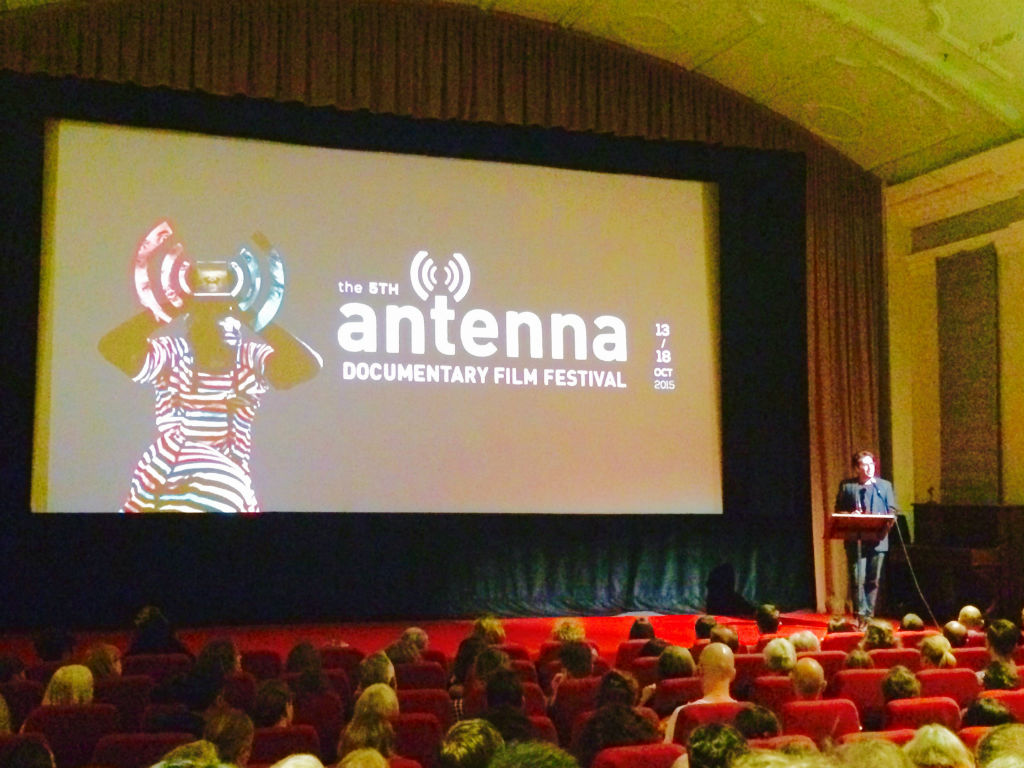 They have everything set and planned along the road so everybody taking part in this adventure is safe. Through amazing cinematography, awesome characters and interesting places and planning On The Bride Side is an exhilarating ride. As the film unfolds the route and struggles of people behind such a complex situation is revealed. As the doco progresses, and the group reach there finishing line, there is nothing else to say but thank you to the filmmakers for taking us to places that otherwise, we would perhaps never get to. Places like the physical border between Italy and France over a bushy hill, or the little tavern in Marseille where everybody is finally having a blast, dancing and drinking to relieve the stress of the whole situation. Or perhaps the little house on the German border where the guys arrive to spend their first night in that country, recharge and head off again the next day. 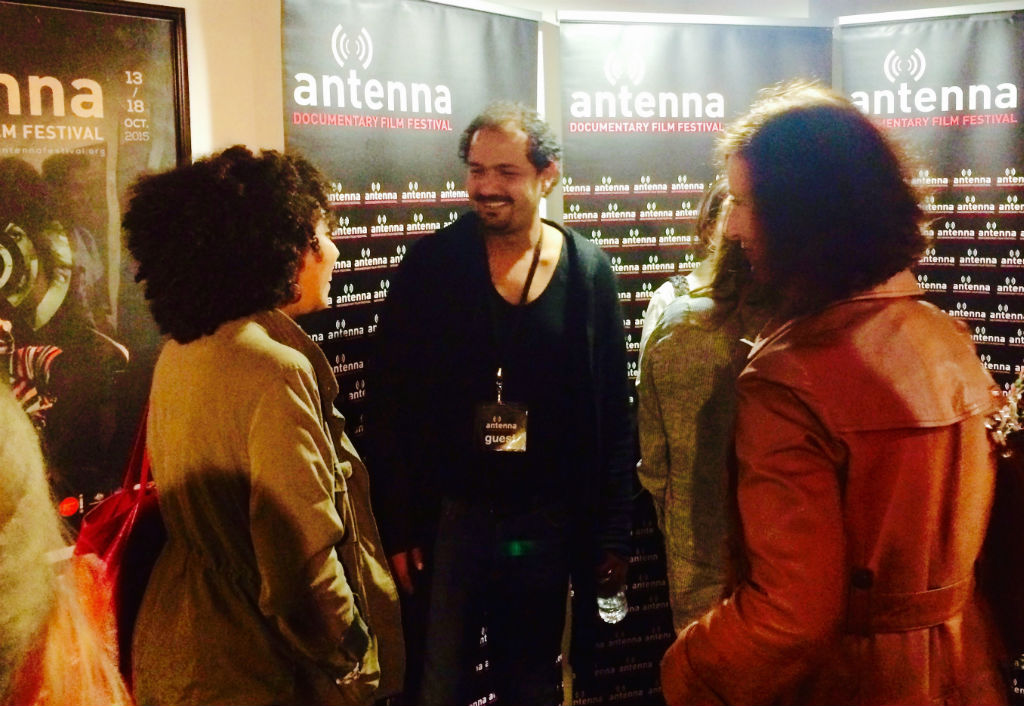 It is easy to find a film about Latin Americans crossing the U.S border seeking the American Dream. That story has been told for many years already and it is still an issue. With the current European crisis that is just starting, it was time to depict in film what is it like to run through Europe, to traverse fences, trick immigration/police officers, all while narrating the tragic attempts of people that couldn’t make it. The film also includes anecdotes from survivors about their journey, while revealing the harshness of some of these specific countries towards refugees. At the same time, it actually shows the paths and crossing points between these states.

On the Bride´ s Side has been in several film festivals around the world where it has been praised, received many awards and has served as an important example and reference documentary to tell a current story for coming generations. It will have one more screening, where Khaled Soliman Al Nassiry (one of its co-directors) will hold a Q&A post-screening.

Being a patron of this festival will save you lots of hours of blemished TV news as every single documentary of the film program will give you a great and thorough overview of issues and topics from every single corner of the world for you to keep updated and expand your knowledge. It is a privilege for Australians to count on a festival such as the Antenna Documentary Film Festival to enable us to watch films such as Pervert Park, The Birth of Sake and Spartacus and Cassandra. Stories originating from Florida in the U.S, regional Japan and Paris respectively. All of them tell amazing real life stories in a very beautiful and cinematic way that will present people and their culture from an alternative angle. Check the full program here.

In addition to the film program, DocTalk is another highlight of the festival. This is a section presented in partnership with the MCA and it is a one-day industry seminar series, which brings characters such as Alan Berliner and other filmmakers, producers, content creators, commissioning editors, funders and other key stakeholders to tell you everything you need to know about the filmmaking process from the production of your film, to its exhibition and more. These are certainly invaluable talks you would want to take advantage of. For further information on them, click here.